Charlie Puth Dating History as He Recalls His Worst Breakup

The irony is we all listen to the same song and think about a different person.

Breakups are common these days, but witnessing someone cry over their breakup is upsetting.

“We don’t talk anymore Like we used to…”, “You just want attention, you don’t want my heart,” as well as “it’s been a long day without you, my friend,” all of these songs bring back memories of heartbreak, don’t they? 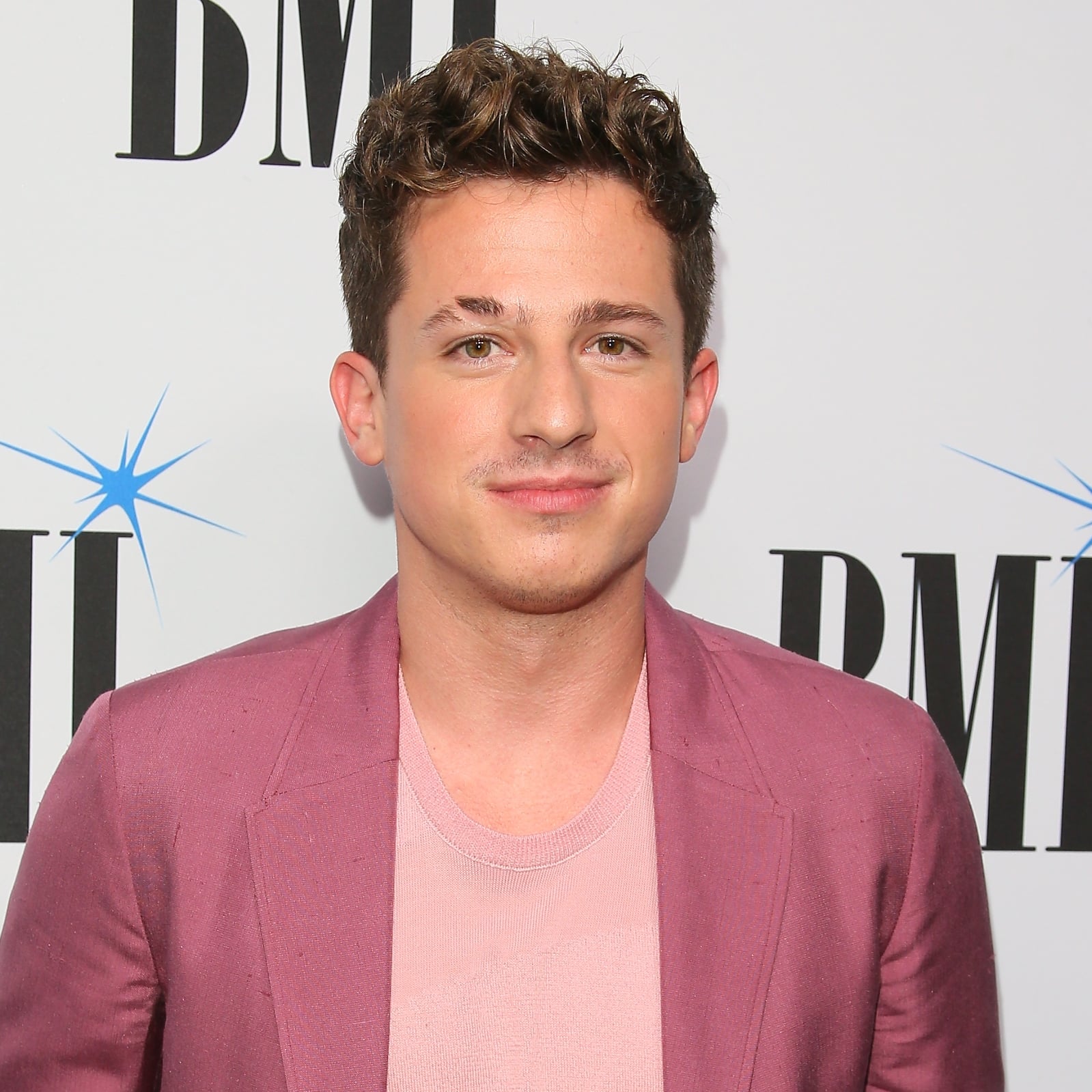 As we’ve all at some point in our life remembered something by listening to these songs. We shouldn’t say those were the good old days, but it’s still nostalgic.

Who gave us these wonderful days? Charlie Puth! Singer, composer, and record producer from the United States. 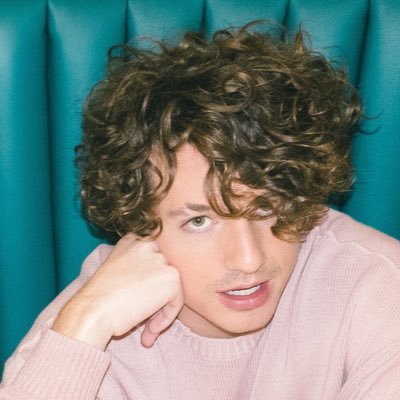 To be honest, the song isn’t the way it’s titled, it shows sad emotions. How do we know this? Because, Charlie released a video of him announcing his upcoming single, titled “That’s Hilarious.”

Charlie explained that the song’s subject matter draws from a ‘challenging’ and painful breakup.
Let’s take a closer look at what did he say in the video.

We recently encountered a video of Charlie Puth announcing the release of his upcoming single “that’s hilarious.” But instead, it appears that he delved deep into his past and revealed his feelings about his breakup which happened in 2019.

Here’s what the actor stated:

“It just rears its ugly head every time—sorry—every time that I hear it,” the artist explained, taking a moment to wipe away tears.

Adding, “I’m also really excited for you to hear it as well, because I just heard the master, but it just brought me back to 2019, which was the f–king worst year of my life.” 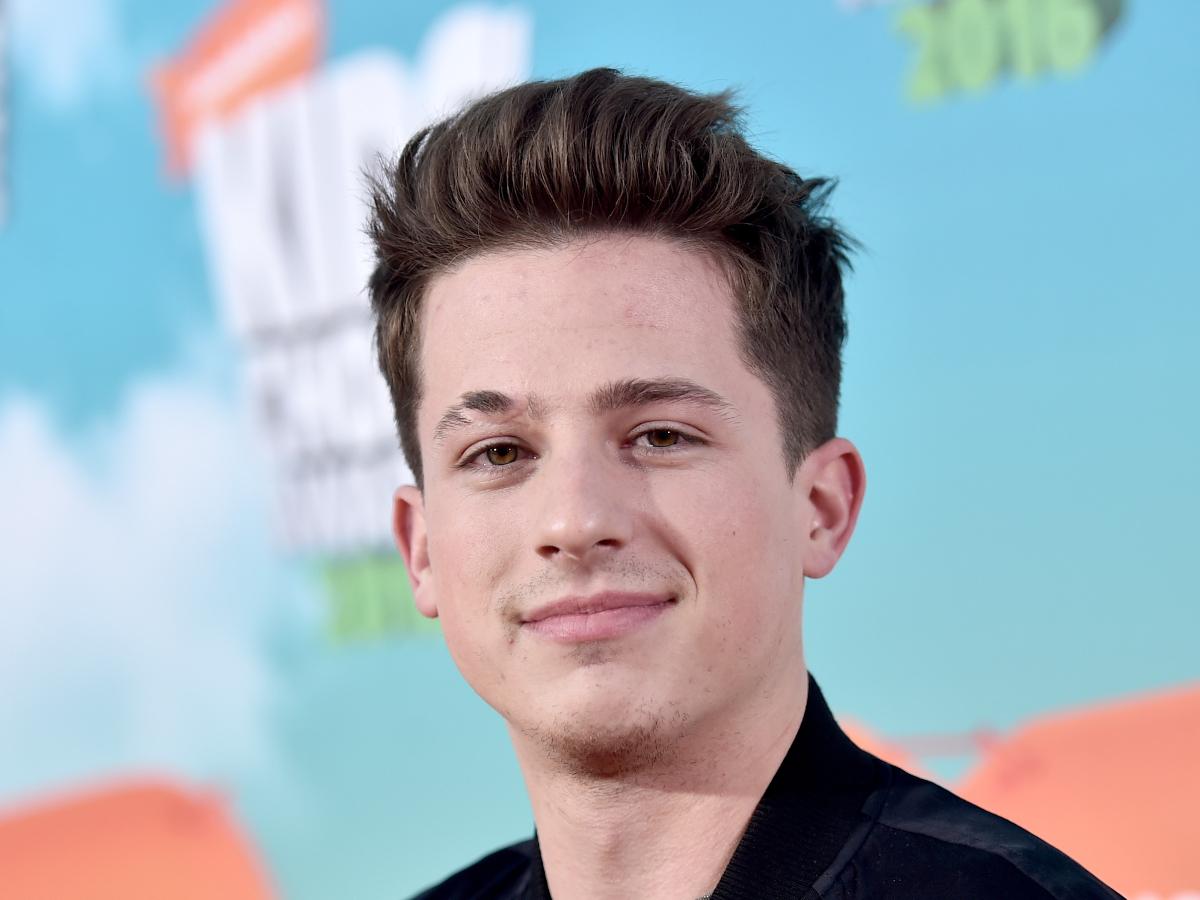 Charlie, who appeared to be becoming a little agitated, tried to lighten the mood by joking, “I don’t make stupid videos like this, I make videos like ‘What if there was a sound like this?'”

He did, however, proceed to reveal the secrets he had been keeping for so long. “I never told people what happened to me and the pain that I went through going through the worst breakup of my life in 2019,” he said.

“I just wanted to throw it under the carpet and just start over and surround myself with better people.” 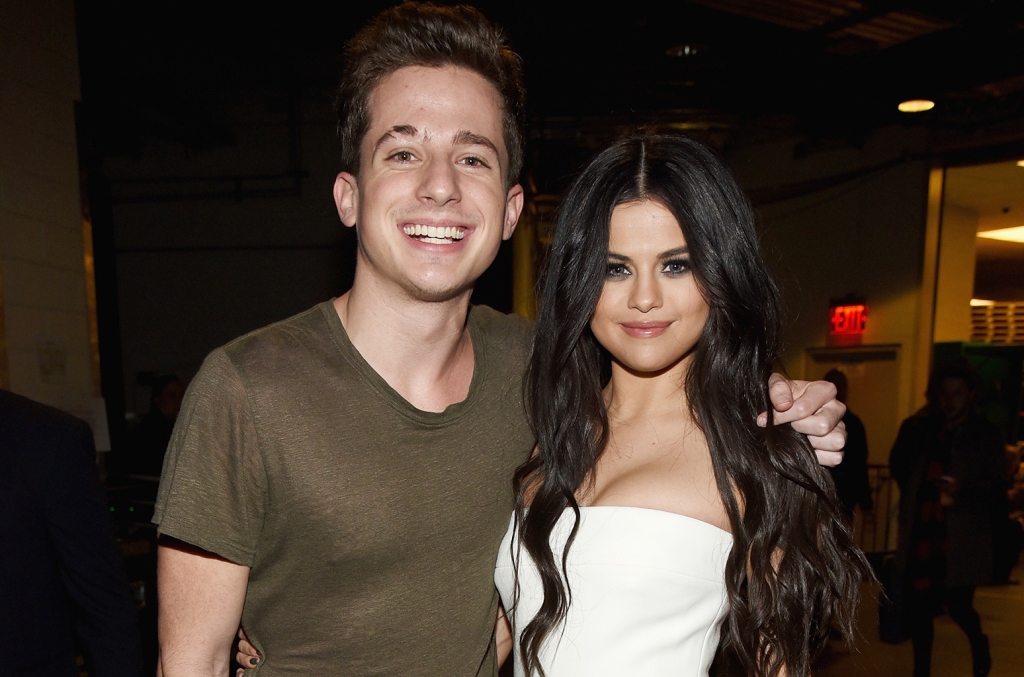 Then, Charlie tearfully ended the video by saying, “This is the hardest song that I’ve ever had to put together and I’m so excited for you to hear it. So thank you.” Yes, he actually cried and it’s emotional to see that.

Charlie dated fellow artist Charlotte Lawrence in 2019, yet he did not mention the person who inspired his new single.

Given that the subject has turned to his ex-girlfriend, why don’t we have a look at his dating history and see who he’s dated in the past?

Continue reading to learn everything there is to know about his ex-girlfriends.

Charlie once stated that he and Meghan had been long-time friends. They launched their duet single “Marvin Gaye” in April 2015. With the official video of the song being posted on YouTube.

According to the music video’s premise, Charlie and Meghan make the school prom hot by singing the song, which results in all students, including teachers, kissing. 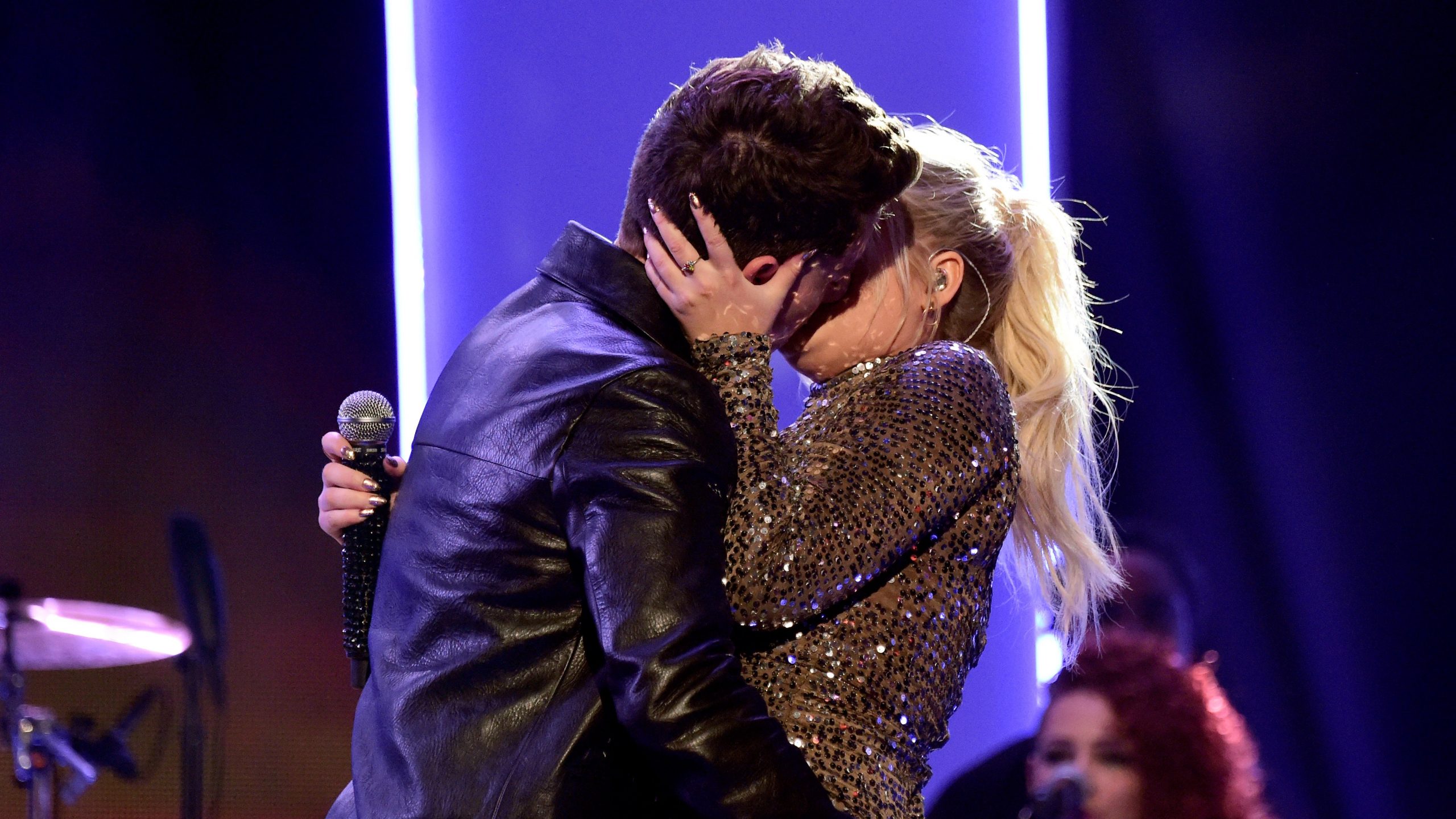 The video abruptly ends when Charlie approaches Meghan, also eager to kiss her, but their admirers would have to wait several months to see the kiss.

Rumors of Meghan and Charlie’s alleged secret affair surfaced in early 2015, shortly after the premiere of their joint film, which had received nearly 650 million views by 2020. 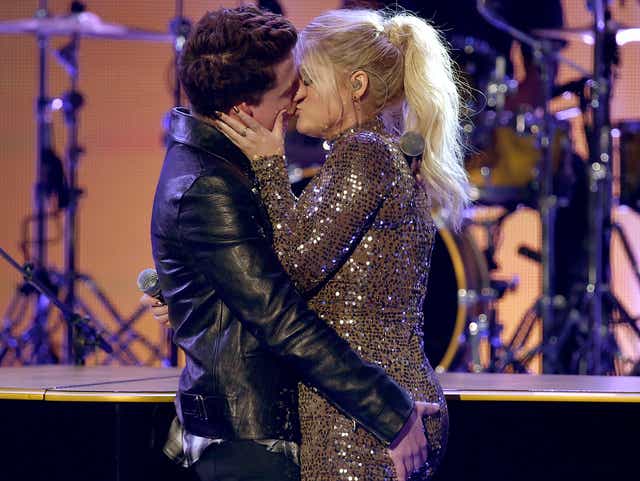 Selena Gomez’s partner and who she’s seeing has sparked a lot of attention since she’s one of the most followed individuals on Instagram. And one of her boyfriends included was Charlie Puth.

Selena and Charlie collaborated on his 2016 song “We Don’t Talk Anymore,” and they dated briefly in 2016.

In March 2016, a source an outlet, “It’s not serious, but she’s extremely into him.” Another insider described their relationship as a “flirty friendship” at the time. 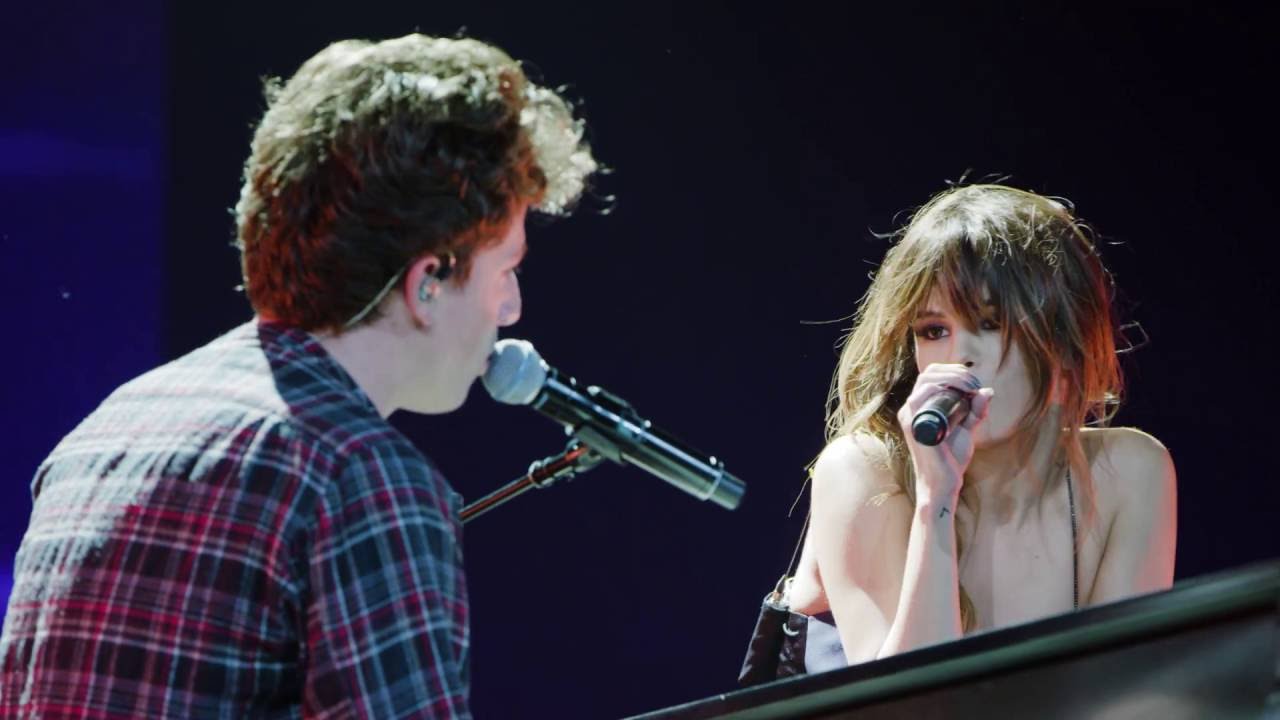 Well, it turned out Charlie confessed about his relationship with Selena Gomez in an interview, and this is what he said: “[The relationship was] very short-lived, very small, but very impactful,” he said.

“It really messed me up. I’m trying to put this the best way possible: It wasn’t like I was the only person on her mind. And I think I knew that going in — what I was getting myself into.”

Bella Thorne claims that she and Charlie Puth were never romantically involved, but the photos of them together and the ensuing quarrel make this difficult to believe.

After her breakup with Tyler Posey in 2016, they were seen expressing a lot of PDA in Miami Beach. 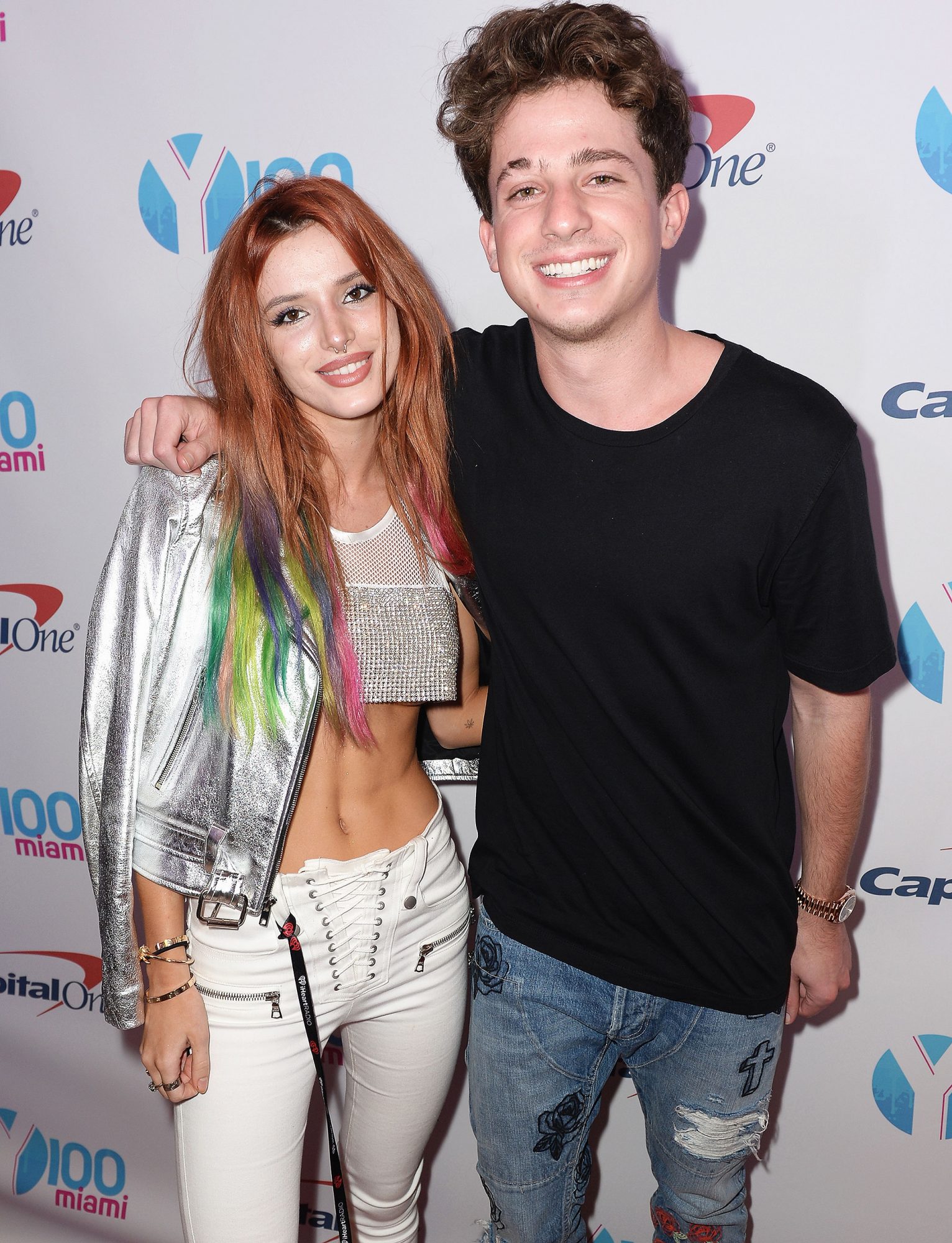 After reading an article, Charlie suspected Thorne of cheating on him, and their relationship did not end well.

Puth called her out on social media and refused to accept her calls so she could clear everything and have time for herself, so the two called it quits. 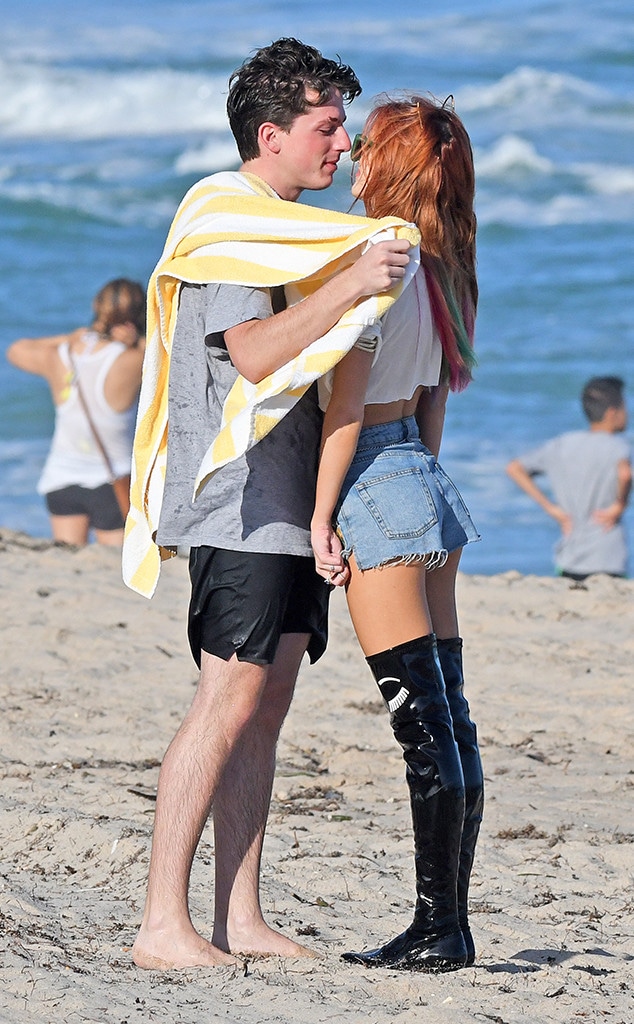 The Before I Call actress also didn’t miss out on the chance to date the handsome hunk music producer; Charlie Puth.

In 2018, Halston was rumored to have dated Charlie Puth, an American singer, songwriter, and producer.

Halston appeared to corroborate the allegations in September of the same year when she uploaded an Instagram snapshot of the two of them at a pool. Halston was kissing Charlie on the cheek in the photo. 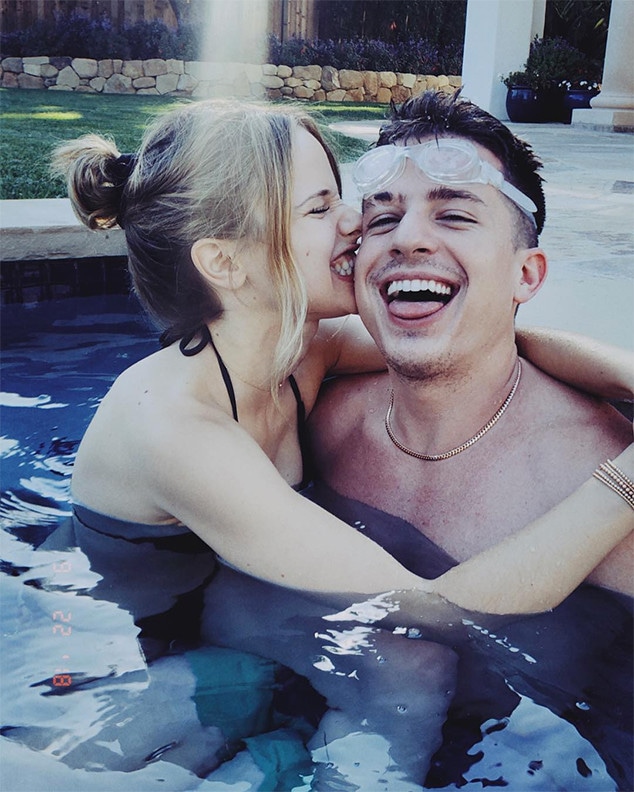 For weeks, there had been rumors about Halston and Charlie’s connection. A photo of the two of them together had also been posted by Charlie.

Unfortunately, the photographic evidence is no longer available because they both erased the images in question from their respective feeds.

We can only presume it’s because the two of them eventually parted ways. 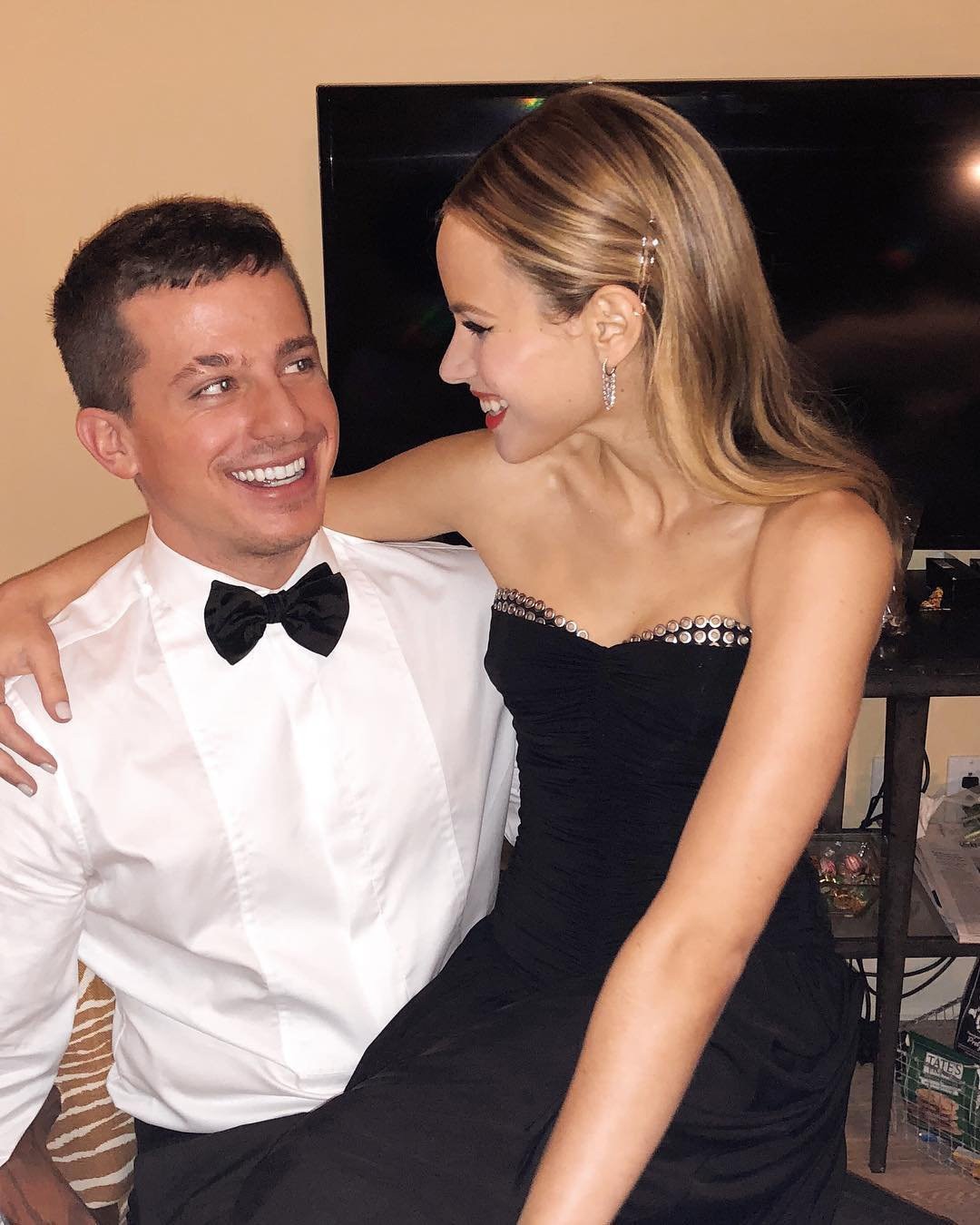 It appears that the girl Charlie Puth was crying his eyes out for in the upcoming song video has arrived on the list! Yes, it was Charlotte.

Charlie dated Charlotte Lawrence throughout 2019. Lawrence is said to have started dating Puth when she was 18 and he was 27 years old after he worked as a producer on some of her songs.

On February 14, 2019, the two lovebirds declared their relationship on Valentine’s Day. Puth and Lawrence have been spending a lot of time together recently, which has naturally fuelled dating suspicions. 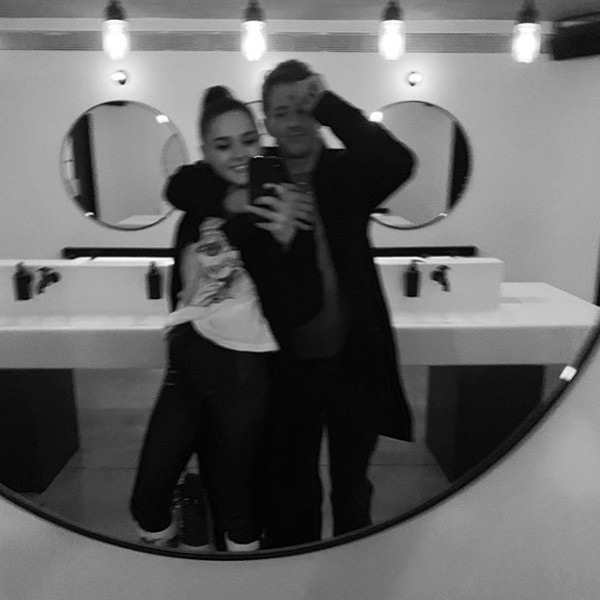 They walked out together just days before Valentine’s Day, on February 12, at Coach’s Fall 2019 NYFW Collection Event at the American Stock Exchange in New York City.

Before she went to seat front-row at the event, he stopped to take a photo with his new girl. “Yes, I am single now,” Puth tweeted on September 8, 2019, cautioning fans not to believe everything they read. 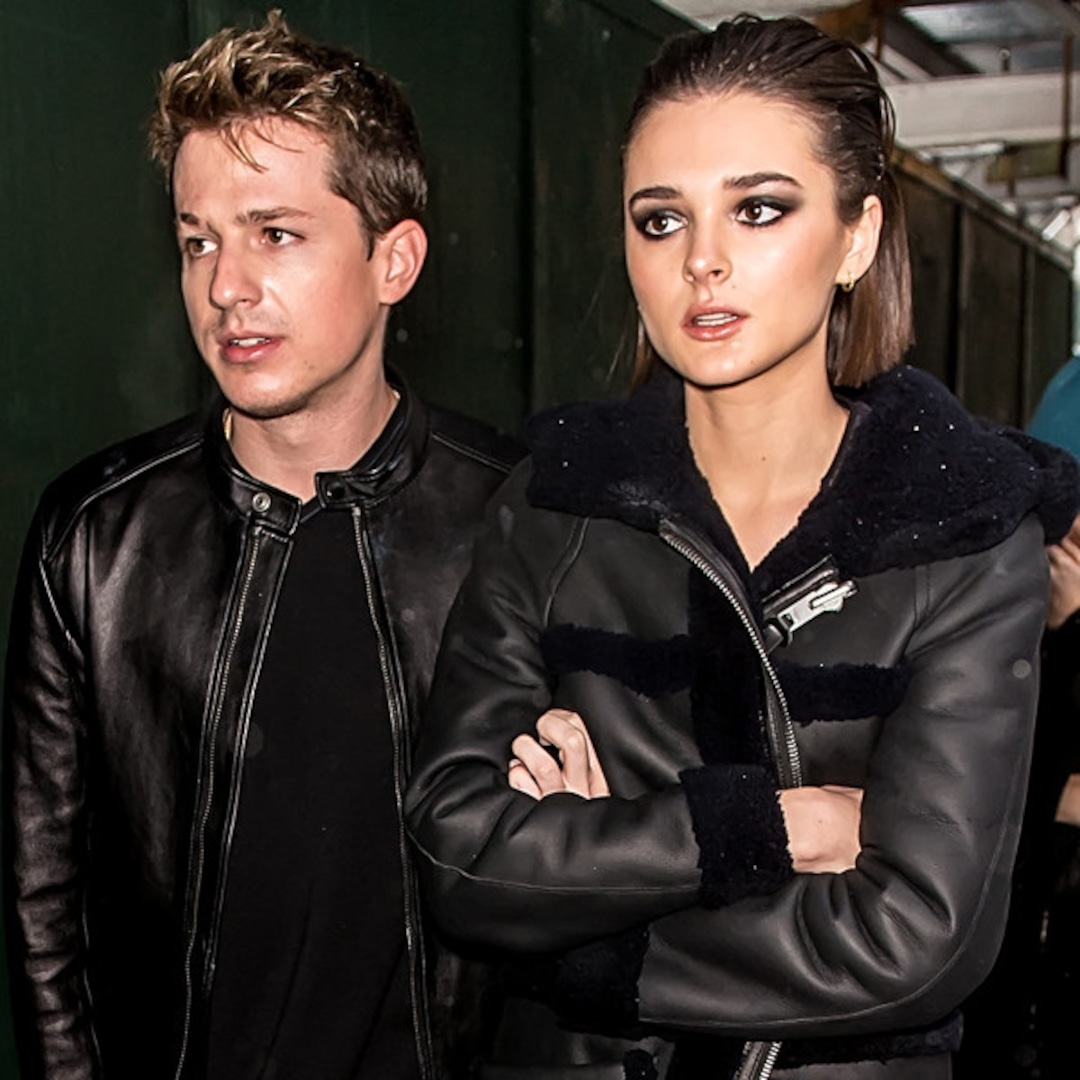 Fans were understandably shocked following months of seeing her out and about with Lawrence.

Millions of followers demanded an explanation for Charlie’s unexpected tweet in the comments area, but sad they didn’t get one.

Charlie Puth and Danielle Campbell were in an on-screen matchup throughout October 2017.

During an interview on the Bizarre Life with Dan Wootton podcast, Charlie chose not to confirm or deny if he’s dating Danielle. Claiming that he doesn’t want to touch on his personal life after seeking advice from his mother. 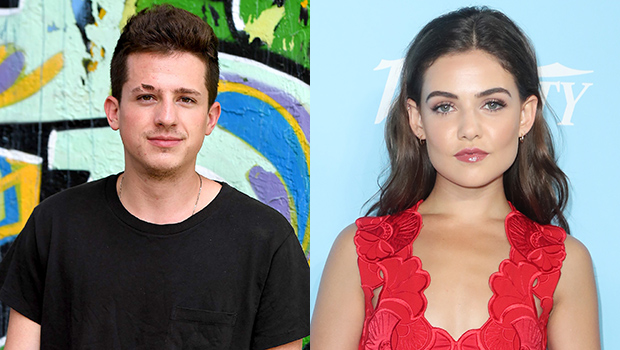 On Friday, December 1, Charlie Puth attended the iHeartRadio Jingle Ball presented by Capital One at The Forum in Los Angeles with his reported girlfriend Danielle Campbell. At the KIIS-FM-hosted event, the “Attention” singer will perform.

The couple was observed backstage in the portrait studio, according to some insiders. Charlie and Danielle dated for a year and called it quits in 2018. 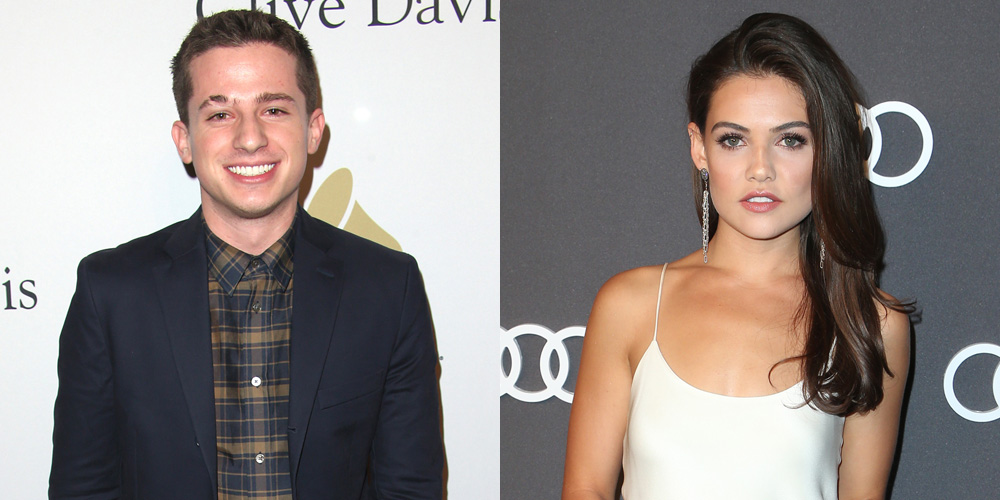 The gifted actress was born in Hollywood, Florida, on April 29, 1996. Victoria Justice, a Nickelodeon star, is her half-sister. She is of the White American race and maintains an American nationality. 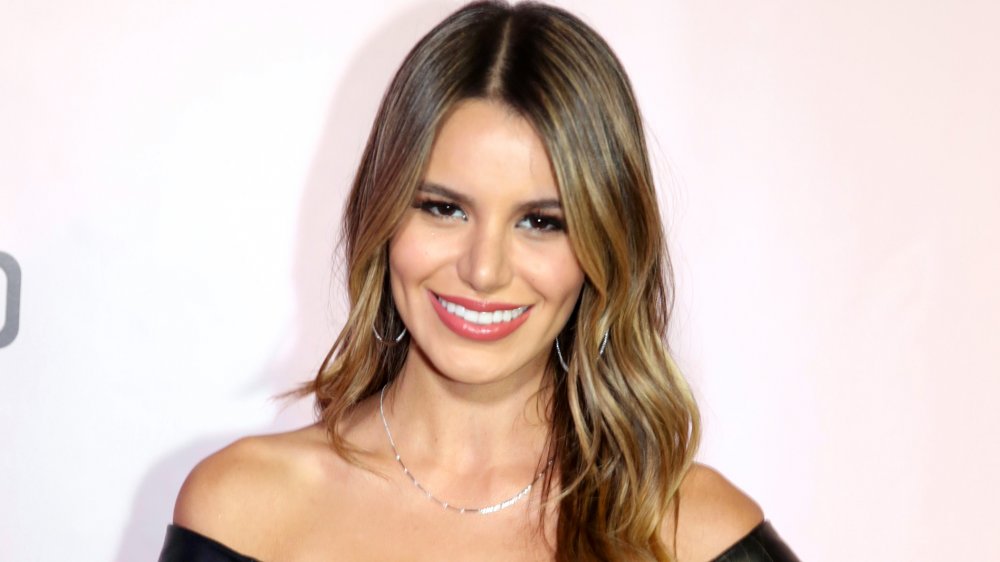 The 20-year-old young actress enjoys traveling and is active on several social media platforms. She enjoys being a private mysterious person, which she is.

Madison only had one previous relationship, which she confirmed to be with Charlie Puth. After a while, they obtained separated. They didn’t date for as long as they appear to have been on a casual date.

Madison, as we all know, prefers to keep her personal life secret, so she didn’t reveal any information regarding her ex-boyfriends and her current status. 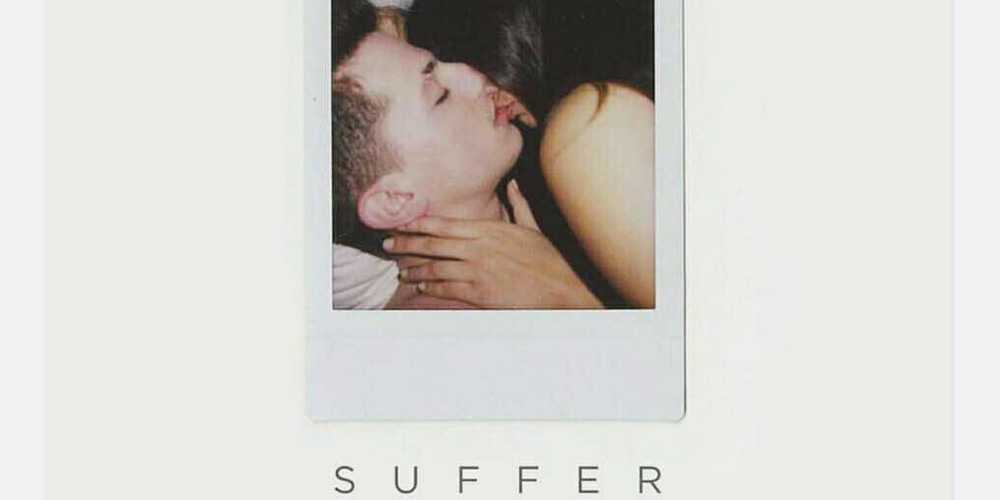 Please let us know what you think in the comments area below.