ARMY, be ready with your wallets as your memorabilia collection is all set to be updated now as a limited pop culture collectibles company, Funko took to Twitter to unveil the latest collection of K-pop sensation BTS’ “Butter” inspired Funko Pop! figures on 23rd June. The company revealed mugshot signs with the BTS band members’ names and birthdates written on them. The new product line will feature RM, Jin, Suga, J-Hope, Jimin, V, and Jungkook dressed in their iconic outfits and hairstyles resembling the same as they were seen in the 2021 “Butter” music video.

If you’re a fan of BTS and interested to purchase the group’s latest collection, then do read our article to find out everything you need to know about the latest collectibles.

Bring together all seven collectibles of BTS from ‘Butter’ as Funko POP! figures for your collection. Pre-order your collectibles or get them all in the Walmart exclusive 7-pack! https://t.co/cxnEdYYWAO #Funko #FunkoPOP #BTS @HYBE_MERCH @bts_bighit pic.twitter.com/0x6NYgSenJ

It actually depends on what you are looking for. If you want to buy each BTS Funko Pop! member individually then simply head over to Entertainment Earth. Entertainment Earth is an online retailer that sells different action figures, toys, and other collectibles.

Whereas if you are looking to buy the seven-pack of figures that includes all members of BTS, then switch over to visit Walmart. The BTS Butter Funko’s are also available on the company’s US portal, however, the release dates are presently not available. One can still go ahead and sign up to get notified as and when the dates are announced.

Exploring Pricing and Other Details

The collectibles size is between 3.75 to 4 inches and it has a square-shaped head with round edges which are available at $11.99 on Entertainment Earth. While the seven-pack collectible bears a price tag of $83.88 and is available at Walmart.

Pre-orders for the figures have started via Entertainment Earth and Walmart yesterday i.e. Thursday, June 23. Those interested can place their order immediately so that you will receive the collectibles at the earliest.

Entertainment Earth will ship the products this year in October whereas Walmart’s seven-pack will start shipping in December 2022. 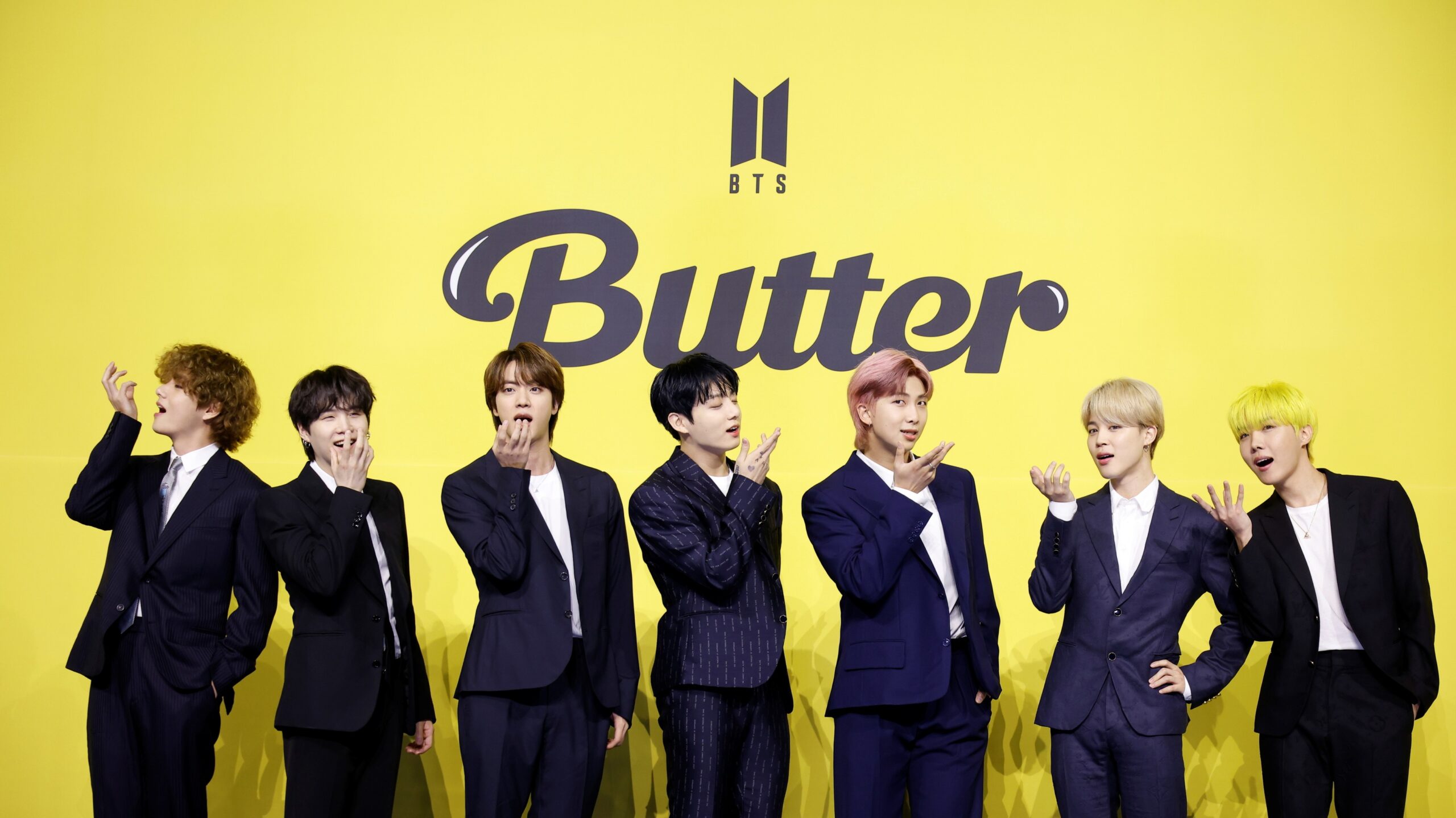 Well, if you want to ensure you are the first among your friends and dear ones to place your hands on the figures before the products are sold out then we would recommend pre-order them immediately.

The BTS group has earlier collaborated with the company and has released several Funko Pops based on their pre-existing works.

The superhit music video for the song Butter was released last year in May and has been viewed by more than 774 million users on YouTube at the time of writing this article. The song was a blockbuster hit in the charts and made its way to the top of the Billboard Hot 100 last year.

BTS recently made a comeback to the K-pop music scene with its new anthology album, Proof which was released on June 10, 2022.

The group has shocked its dedicated fanbase and music lovers last week when they made the announcement about taking a hiatus. The majority of their fans and K-pop enthusiasts have supported their decision to take some time off and rest so that they can focus on themselves.

So, if you are one of those BTS fans who want to grab the Funko Pop! figures, place your order now! Stay in touch for more updates from the K-pop world!