‘Positions’ singer Ariana Grande just added another feather to her cap. She got a Madame Tussauds Wax Statue in Orlando. Isn’t that a big deal? By the way, this is her third wax statue. Madame Tussauds Orlando honored the Florida native rock star with a new statue. Check out the pictures of Ariana’s wax figure below:

In Grande’s wax statue we can see her classic ponytail, winged eyeliner along with a cute little pink outfit with a pink puffer jacket. The inspiration behind her statue’s outfit has been drawn from her Sweetener tour. Her tattoos, diamond earrings, and long nails are also on full display. Her wax statue looks stunning. For a minute I almost thought that it was Ariana. Her figure at Madame Tussauds can be seen standing in a pose where one of her hands is on her waist. The replica of her engagement ring takes the whole look to the next level.

As per the release dropped by Florida’s WFTV9, a huge team of sculptors, studio artists and designers got together and did a lot of research and went through many pictures, videos, magazines, and merchandise for a total of six months.

They wanted to catch Ariana’s style, personality, and other features and wrap it in one. I must say, that they have done a commendable job. 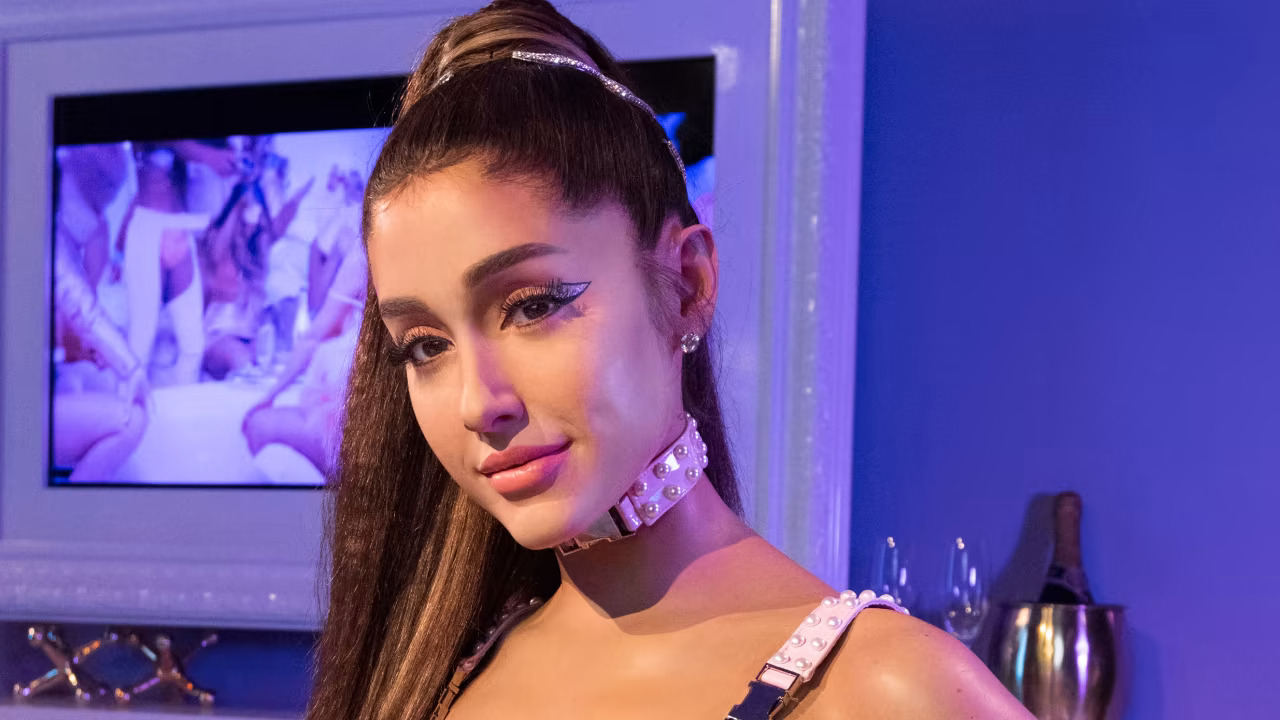 You can visit Orlando, Florida, and get a closer look at the wax figure. Apart from her, many other celebrities like Selena Gomez, Brad Pitt, Angelina Jolie, and Ryan Reynolds also have their statues at the place. Ariana’s wax status is on display at the ICON Park in Florida.

The 28-year-old is a married woman now. She tied the knot with Dalton Gomez on May 15, 2021. Dalton is a real estate agent by profession. Before getting hitched, the duo dated for over a year.

The pair said their vows in Grande’s Montecito house in a small and intimate ceremony over the weekend. A close source told People, “Both Ari and Dalton love Montecito. They spend a lot of time there. It seems only natural that they would get married at Ari’s beautiful and historic house.”

Dalton put a ring on Ariana’s finger just ahead of the Christmas holiday. When the pictures of their wedding came out, our hearts just melted. The pair looked happy. Stephen Kohli took pictures of the wedding.

The relationship between the two began in the year 2020. In the initial phase, they kept their affair under the wraps. Ariana confirmed her whirlwind romance with Dalton through the music video of her song ‘Stuck With U’.

She and Dalton made a quick appearance in the video. That was it, all her fans couldn’t stop gushing over the duo. Don’t Ariana and Dalton look like the cutest couple in the room?

Now and then the singer keeps her fans updated by sharing pictures with her hubby on her Instagram handle. Stay tuned for the latest updates.