Kangana Ranaut, Manoj Bajpayee, and Dhanush were in the limelight of The 67th National Film Awards.

We could count 25th October 2021 as one, out of many memorable days. The award ceremony took place at Vidhan Bhawan in New Delhi. The celebs were gracefully draped in their outfits ready to receive the most prestigious awards. 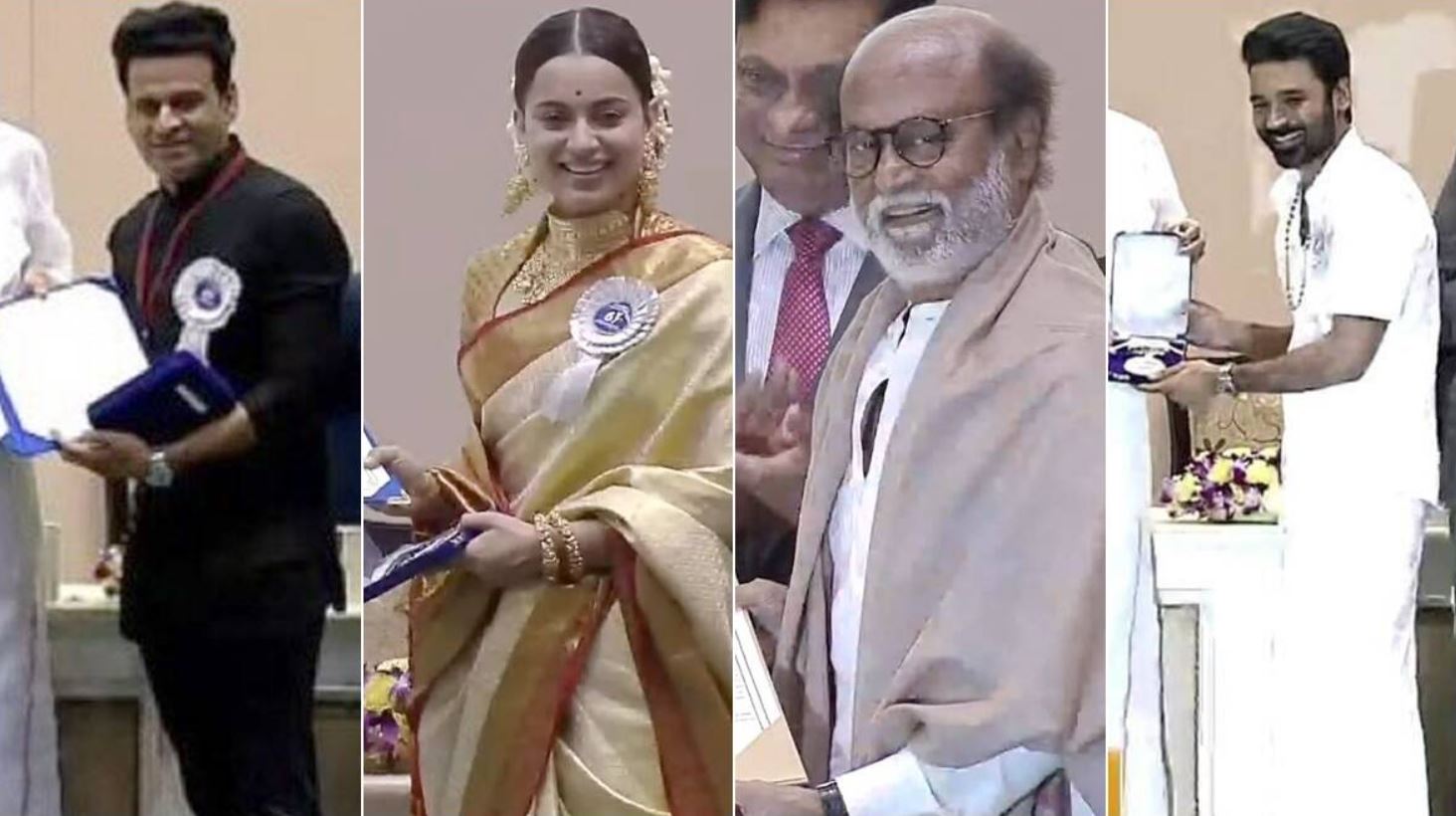 So, let’s talk about who bagged what for which category and then further, to the list of winners.

The awards were presented by Vice President M Venkaiah Naidu to everyone who made it to the awards. Manoj Bajpayee, Kangana Ranaut, and Dhanush were the awardees.

Kangana Ranaut for Best Actress in Manikarnika and Panga

The actress was draped in a traditional saree. She, with graze, carried herself to the stage to receive the award. Also, this was the fourth time, the actress received the National Award.

Earlier of her achievements include her win for Best Supporting Actress for Fashion. Furthermore, the Best Actress Awards for Queen and Tanu Weds Menu Returns.

She also shared glimpses of her look on Instagram.

“This is my fourth National Award”, read the caption.

She also thanked her parents.

“We all grow up with a deep desire to be worthy of our parents love, care and sacrifices…
After all the troubles I give my mummy papa such days seem to make up for all those mischiefs ..
Thank you for being my mummy papa I wouldn’t want it any other way …”, the caption reads.

Below is the image of Kangana Ranaut receiving the National Awards 2021. 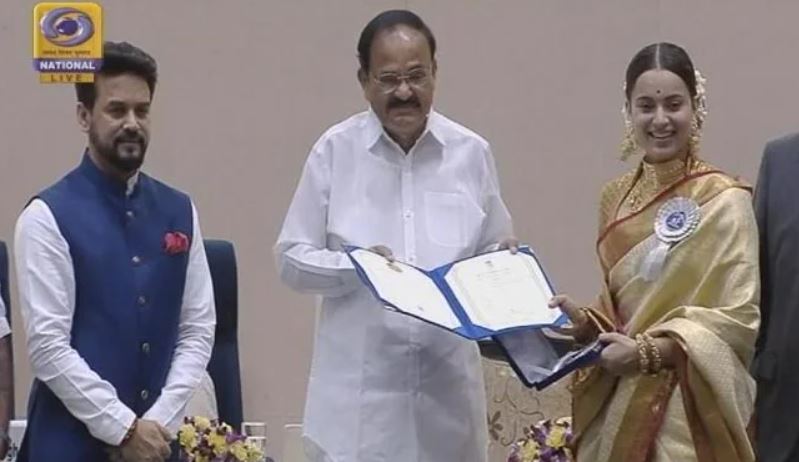 Manoj Vajpayee got the award for Best Actor for Bhonsle.

Below is the image of Manoj Vajpayee receiving the National Awards 2021. 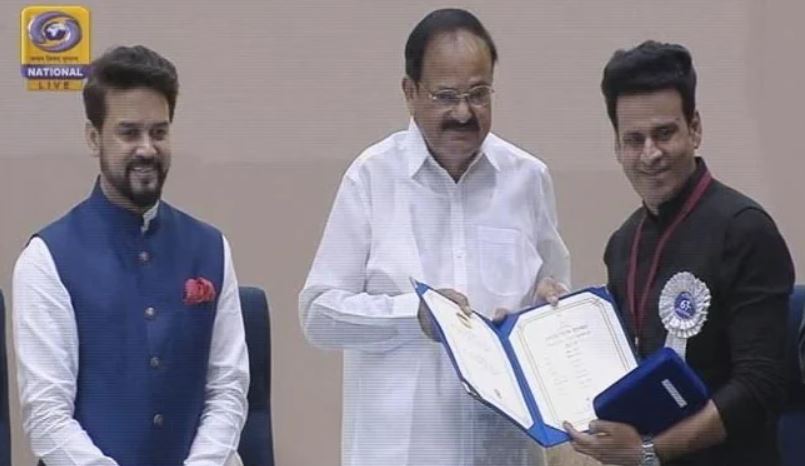 Dhanush for Best Actor in Asuran

Dhanush got the award for Best Actor for Asuran.

Below is the image of Dhanush receiving the National Awards 2021. 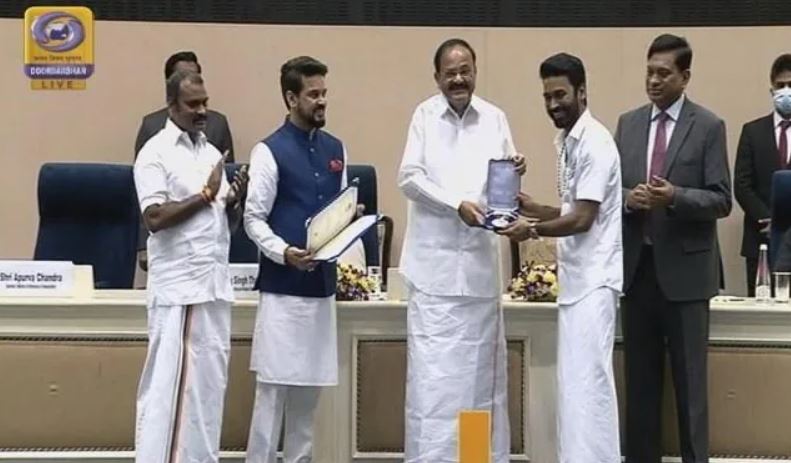 Coming up is the list of winners of the 67th National Film Awards.

Are you excited to see the name of the winners? Let us know.