Resident Evil 9 is expected to be the next title in the insanely popular horror game franchise but its release date is still a bit too far. The game has been under development since 2018, even before the release of Resident Evil: Village. 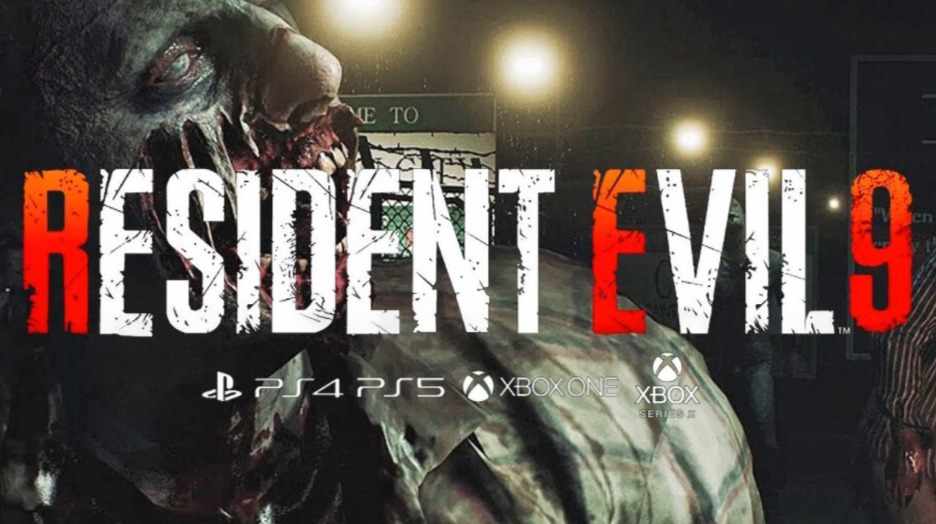 The latest RE game ended with a cliffhanger and left fans with too many questions that the upcoming title will have to answer. So, fans have been eagerly waiting for the release of RE 9, and the development is underway, as reported by certain reliable insiders.

Capcom Games is yet to make an official announcement. But, we expect them to do that by the end of the next year. Still, we know several bits about the unannounced but upcoming Resident Evil game. Check everything we know about it here.

As of now, there is no official announcement about Resident Evil 9, and no release date available either. Capcom hasn’t even confirmed officially that the game is in development. However, a prolific insider AestheticGamer aka Dusk Golem has revealed that RE 9 has been in development since 2018, even before the release of RE: Village.

RE9 started dev in 2018, when it releases it'll be by far the RE game that's been in dev the longest (probably about 6-7 years of dev). https://t.co/RKcvcX5fxv

He has also confirmed that RE 9 is scheduled to have the longest development in the history of the franchise. It will stay under development for a period of 6 to 7 years. This suggests that we can expect Resident Evil 9 to release sometime in 2024 or 2025.

An announcement could be made a year or two before, and the teasers and trailers will arrive before months of its release. We will update the information here as soon as the developer shares anything.

Resident Evil 9 Story and Gameplay: What to Expect? 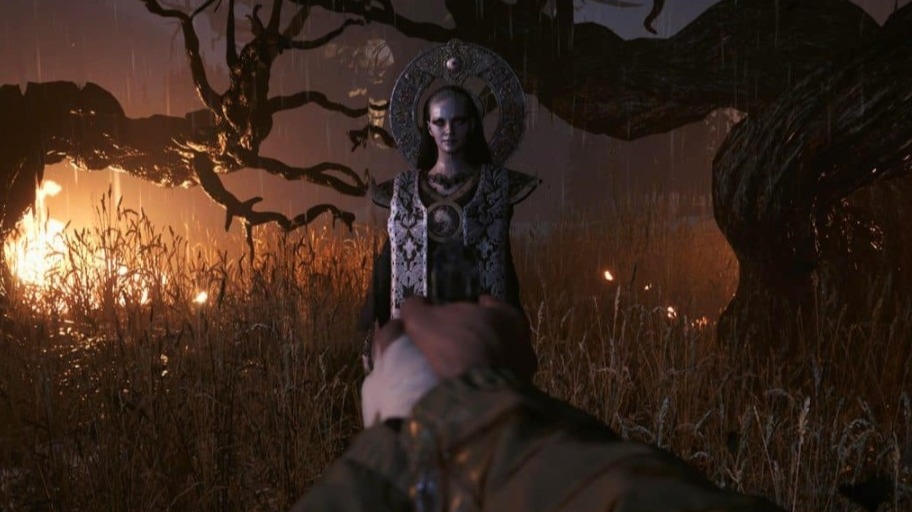 According to the leaks shared by a 4Chan user, Resident Evil 9 (Apocalypse) will star the original 4- Chris, Claire, Leon, and Jill. The game will seek closure for the stories to the original cast and will feature a semi-open world, similar to the Village.

The game will offer a strictly single-player experience, feature an “Innovative partner system,” unite bio2 and bio outbreak features, and the atmosphere will invoke deep primordial fear of the unknown and terror of deep forests. 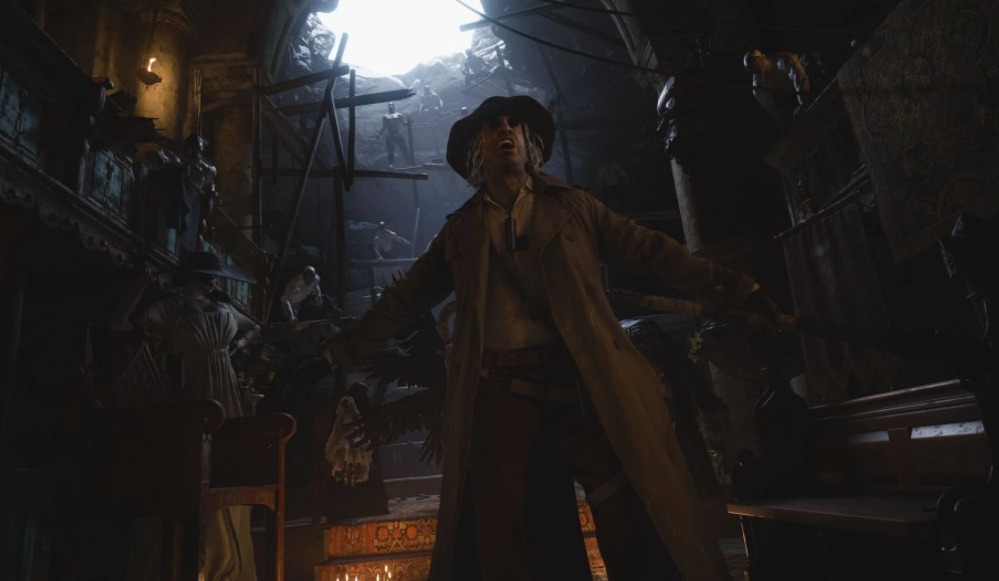 What we know about RE 9 is that it’ll follow up the ending of RE Village. The conclusion saw Rose working for Christ Redfield in an undisclosed capacity, and he has snipers targeting her at all times to have control over her power. Given the history, it is possible that Rose plays the protagonist in the upcoming chapter.

Chris can easily recruit Rose to continue his deeds, and Duke can also play an integral role in the upcoming chapter. He certainly has a sharp interest in the Winters Family. RE 9 can also move away from the story of Ethan Winters and focus more on other characters.

However, he can make the dynamic really interesting. We also have a mysterious organization called “The Connections.” We definitely expect to find out more about them, and if they have any connection to the Umbrella Corporation.

These Rumours of Resident Evil 9 better be nothing more than BS..Because the games main setting is basically Silent Hill Aka Ghost Town with the addition of Folklore Creatures like The Goatman & Wendigo as enemies#ResidentEvil #RE9 #Rumours pic.twitter.com/UJVydJbO1b

All of this leaves RE 9 to offer a dynamic plot with a wide range of horrors, supernatural powers, thrilling action, and a lot of exciting elements.

Resident Evil 9 Characters: Who’ll be in it?

From the ending and post-credit scene of RE Village, we know that Rose and Chris will definitely be in the upcoming chapter. Early leaks suggest that we will also see Claire Redfield, Leon S. Kennedy, and Jill Valentine in Resident Evil 9.

Ethan Winters might also play a key role in the next chapter as well. An artwork from Village has also revealed that the fan-favorite, Ada Wong can also make an appearance in the upcoming game. 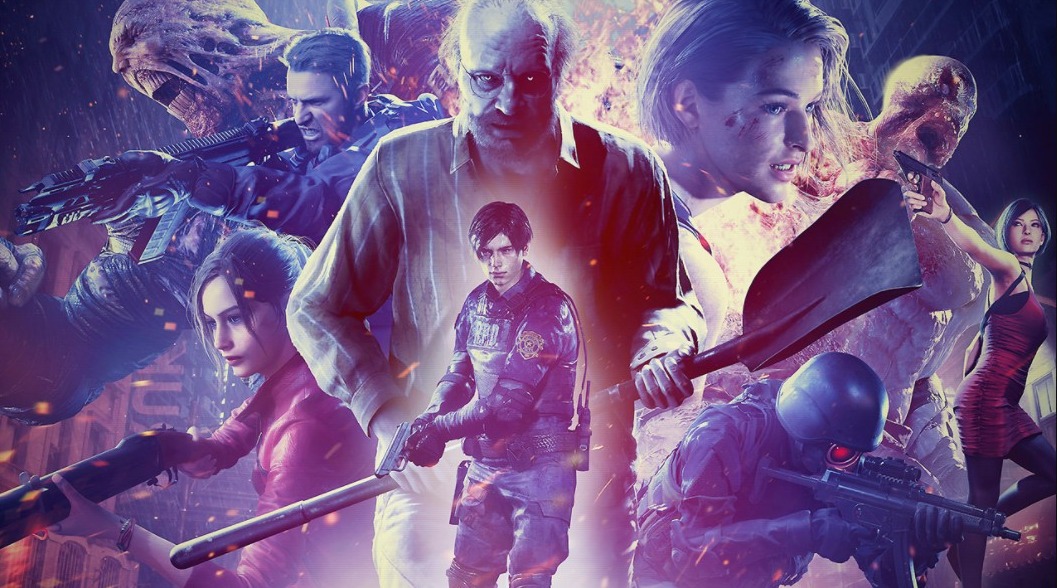 Plus, Capcom can also introduce some new characters in the series. It’ll be exciting to find out more about the unknown figure we saw at the end of the latest chapter.

On which platforms will RE 9 be available?

For now, there is no official information available about which platforms Resident Evil 9 will be available on. However, we expect the game to initially launch exclusively on next-gen consoles. This means you’ll be able to play it on PlayStation 5 and Xbox Series X/S.

Afterward, the game could also launch on Microsoft Windows PC and Steam. Some rumors also hint that Nintendo Switch might receive a separate version of the game. We are unsure if it’ll be available on the PS4 and Xbox One.

The Resident Evil franchise has been stunning the fans for over 25 years now. Their latest release performed beyond expectations and fans loved it. The same we expect from the upcoming title. Let’s hope it is as amazing as the recent RE games.