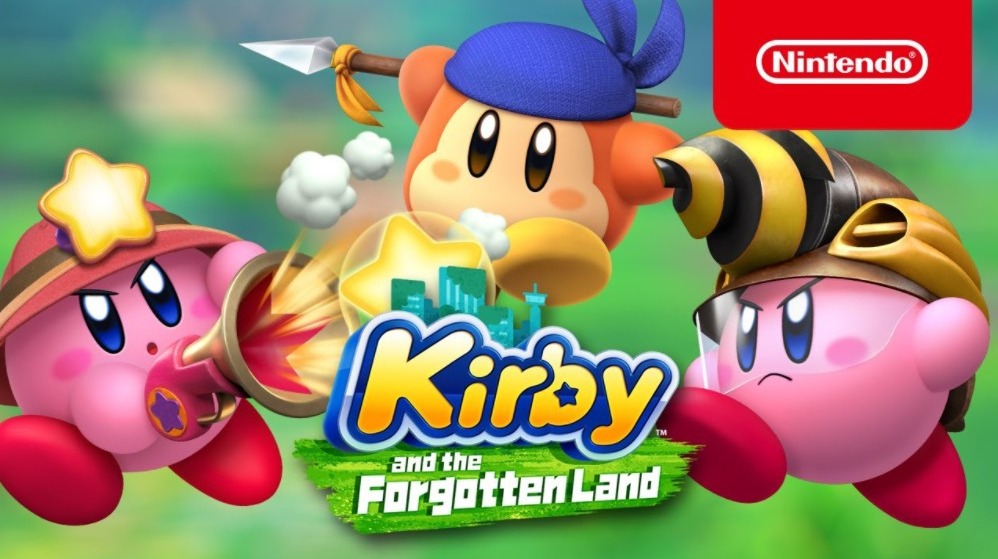 This highly anticipated game got leaked just hours before the official announcement at the Nintendo Direct in September 2021. It is going to be the seventeenth installment in the long-running franchise.

The last game of the series was Kirby: Star Allies which launched for Switch in 2018. It was a brilliant game packing a cool story, elements, and overall great gameplay. This time, Kirby will be exploring the post-apocalyptic land, which is still pretty radiant.

2022 is turning out to be a great year for Switch with games like The Legend of Zelda: Breath of the Wild 2, Splatoon 3, etc, lined up to release alongside Kirby’s return. Players have already received Pokemon Legends Arceus and will be getting another new Pokemon game later this year.

Kirby and the Forgotten Land is the perfect game to start Spring. It has been in speculation for a very long time, but Nintendo put an end to all of them in January this year.

Kirby and the Forgotten Land has a release date scheduled for Friday, March 25, 2022. The game is already available for pre-order.

Although the developer and publisher didn’t share the launch time yet, here is the expected time the new Kirby title will drop on the hand-held consoles in different regions:

Other regions including Australia, New Zealand, and East Asia will get access to the game even before them. We’ll update the exact launch time for all the time zones later.

A visual representation of Kirby and the Forgotten Land waiting to kill the rest of my free time this Friday: pic.twitter.com/HFPbS1Fehf

Will Kirby and the Forgotten Land be Nintendo Switch exclusive?

Yes, Kirby and the Forgotten Land is launching exclusively on Nintendo Switch. There’s no surprise about that either. The Kirby series is closely related to Mario and Zelda with the fact that all of these are only available to play on Switch. 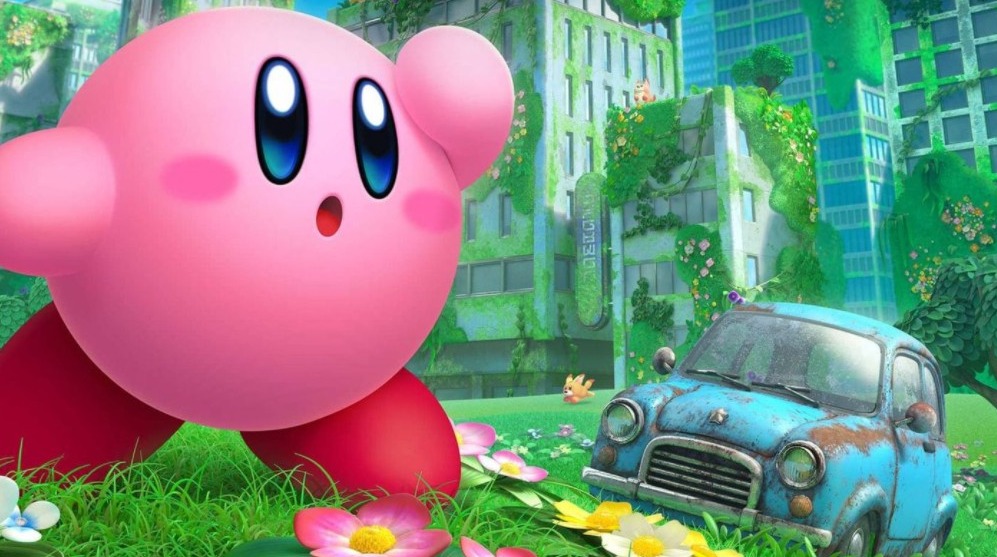 Although HAL Laboratory is not owned by Nintendo technically, we do not think that they have any plans to expand the upcoming title to any other platform.

Kirby and the Forgotten Land is already available for pre-order via Nintendo’s official website or other retailers for a standard price of $59.99 in the US or £49.99 in the UK.

Currys is also offering a 15% discount when pre-ordering Kirby and the Forgotten Land. You need to apply the code “KIRBY” at the checkout to get the game for only £38.24.

Kirby and the Forgotten Land Gameplay and Story

Kirby and the Forgotten Land is going to be a platform video game featuring full 3D gameplay, which will be the first in the series. Nearly all the previous Kirby games especially the mainline titles have been in 2D.

You will be controlling Kirby in an adventure-packed colorful world to eventually save Waddle Dees whom a predatory Beast Pack has kidnapped. Kirby will use a vast range of copy abilities to battle enemies and progress through each stage. 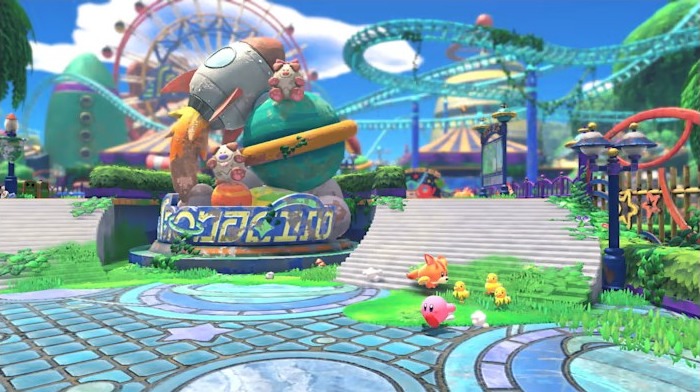 He can run, jump, and do the iconic float in the air, and suck up the enemies with ease. The preview gameplay footage shows Kirby inhaling one foe and launching it at another. We have also seen it suck up a huge bull-esque enemy and make it do a barrel roll.

Kirby’s sword, fire, ice, and boomerang powers are also making a return in the upcoming title. He’ll use these powers for combat, as utility, and while solving puzzles. The game will also have plenty of coins and stars you need to keep collecting while making your way through the obstacles. 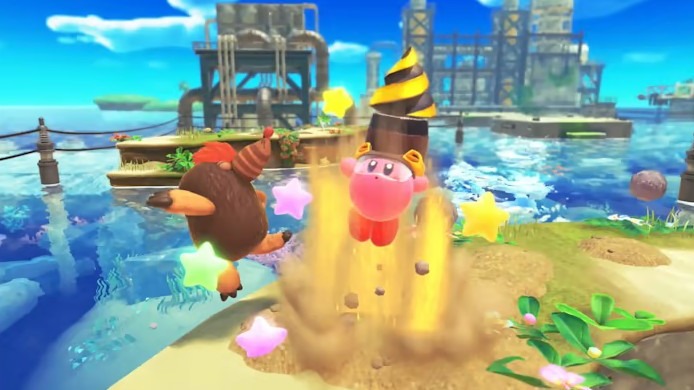 You will also have to collect hidden blueprints that will be used to upgrade copy abilities at the Waddle Dee weapon shop in the town. You can improve the damage, range, number of attacks, and also the appearance of a particular copy ability using them.

What did the Trailer of Kirby and the Forgotten Land Reveal?

The announcement trailer for Kirby and the Forgotten Land showcased the first look of the pink puffball’s next adventure. It opens on a post-apocalyptic city that is under restoration currently. There are abandoned malls, streets, and buildings, and then we see Kirby waking up on a beach.

Kirby then encounters a few creatures as he runs and jumps through the surroundings. We also see the iconic characters from the series including Waddle Dees, old foe Kabu, and the transformations and powers.

The final trailer for Kirby and the Forgotten Land explains more about the plot. It explains that Kirby was randomly sucked into a portal to this ruined mysterious world overtaken by nature. His quest is to stop the Beast Pack and rescue Waddle Dees.

We also see Kirby fighting a giant ape boss to close out the trailer. There will be many such action-filled fights in the game. The trailers exactly revealed what a long-term Kirby fan wanted to see.

Will Kirby and the Forgotten Land have Co-op Multiplayer?

Yes, Kirby and the Forgotten Land will have co-op multiplayer as confirmed from the official gameplay footage on Nintendo’s YouTube channel. When you are playing, a second player can join in and play as coveted Bandana Waddle-Dee. 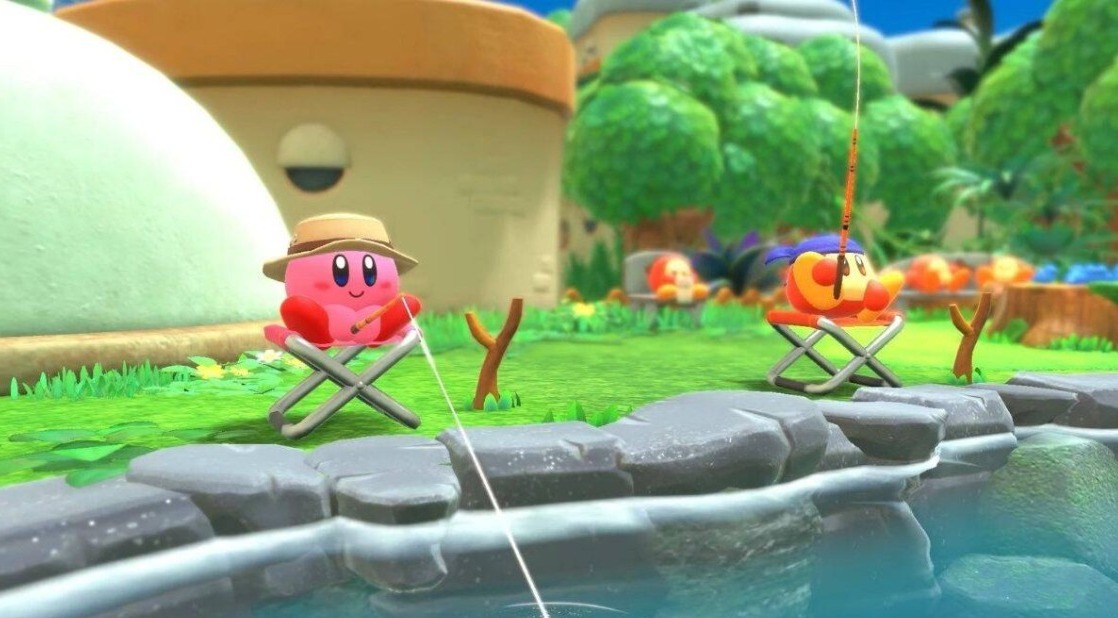 Its expertise in spear combat can be used to help Kirby in the fight to save Waddle Dees from the hostage of the Beast Pack.

As of now, full details of what the second players will be able to do in a co-op are not available. It is also unknown if co-op multiplayer will be restricted to only local play. We’ll find that out once the game is available to play this Friday.

Are you excited about the new Kirby game? Share your thoughts and opinions in the comments sections.