The Legend of Zelda: Breath of the Wild 2 May Not be Coming Soon

The Legend of Zelda: Breath of the Wild 2 (colloquial title as exact one is not known currently) is set for a release date in 2022, find out the latest updates about the upcoming Nintendo Switch game here. 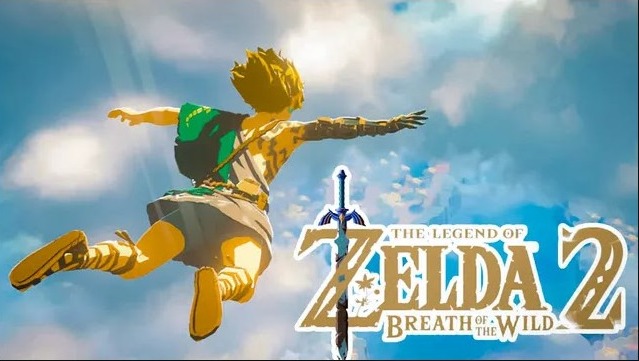 The developer has shown us glimpses of what the new Legend of Zelda game will look like. However, we still don’t know a lot about it with the most prominent one being its title. The developer has kept it completely shrouded in mystery and rumors suggest it will still not be revealed until the second half of 2022.

The Legend of Zelda: Breath of the Wild 2 Release Date Not yet Announced

The Legend of Zelda: Breath of the Wild 2 is the much-awaited sequel that is scheduled to launch this year, but Nintendo hasn’t shared its confirmed release date yet. During the Nintendo Direct E3 2021, it was revealed that the sequel to the Breathe of the Wild will release sometime in 2022.

Although the 12-month release window is pretty big to expect, it is still better than complete silence about the highly anticipated launch like the Metroid Prime 4. If we consider past Nintendo releases, titles usually drop in March, June, and November.

Nintendo's Publishing lineup and the overall JRPG lineup in general for 2022 is already insanity, and now they added Gen 9 Pokémon on top of it all.

Nintendo seriously might release Breath of the Wild 2 and Gen 9 Pokémon in November this year.

Since we haven’t received an official update about the game yet and it’s March already, November 2022 would be the ideal release timeframe for Breath of the Wild 2. Peer Schneider, the founder of IGN, also believes the same.

Starting to think Breath of the Wild 2 may come out sooner then expected. Many have been theorizing that it would be Nintendo’s holiday 2022 release, but now Pokémon Gen 9 games are coming late this year. Why would Nintendo make new Pokémon and new Zelda compete? pic.twitter.com/7bQDffZhE4

The previous title which will be its predecessor released in March 2017. So, a release in March this year to celebrate the massively successful game’s 5-year anniversary would have made sense. However, it seems highly unlikely at this point in time.

Will it be exclusive to Nintendo Switch?

Yes, The Legend of Zelda: Breath of the Wild 2 will exclusively release for the Nintendo Switch family of consoles. This includes the regular Switch, Switch Lite, and Switch Lite. 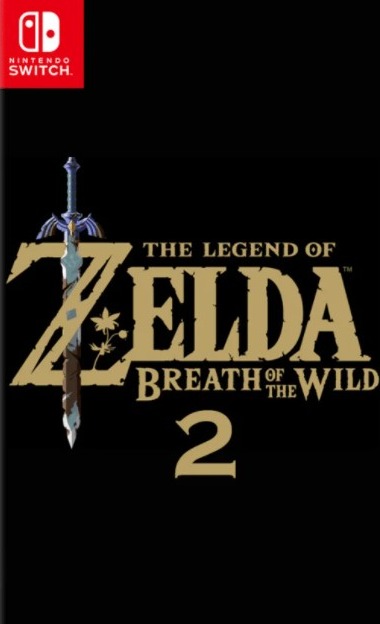 The game will not release on other classes of consoles. It’ll be interesting to see if it releases for the Steam Deck or Google Stadia. Nintendo doesn’t seem to have any such plans currently.

Breath of the Wild 2 is up for Pre-orders Already

Despite not having an official release date, The Legend of Zelda: Breath of the Wild 2 is up for pre-orders on Amazon and Best Buy. You can buy the game to acquire potential early access and a pre-order bonus right now for $60. 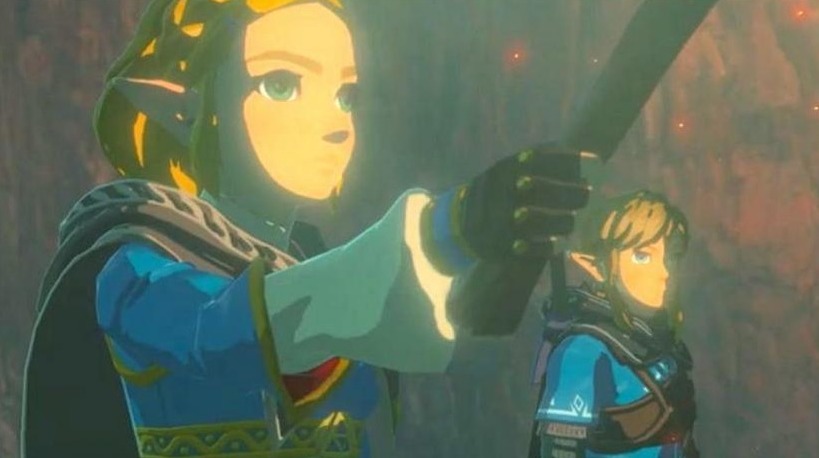 Both the digital stores have listed the release date for the title in 2022 but the exact date is TBA (to be announced).

Previously in 2020, Breath of the Wild 2 Collector Edition’s listing appeared online. The listing came from WT&T and the special edition was available for €82.85.

The Legend of Zelda: Breath of the Wild 2 Gameplay, Story, and Trailer

The Legend of Zelda: Breath of the Wild 2 will be set in the mystical, vast, expansive, and familiar world of Hyrule. The new game will likely further the expansion into the skies as the recent trailer shows Link navigating into the skies of Hyrule while the teaser showed the characters crawling in a dungeon-like structure. 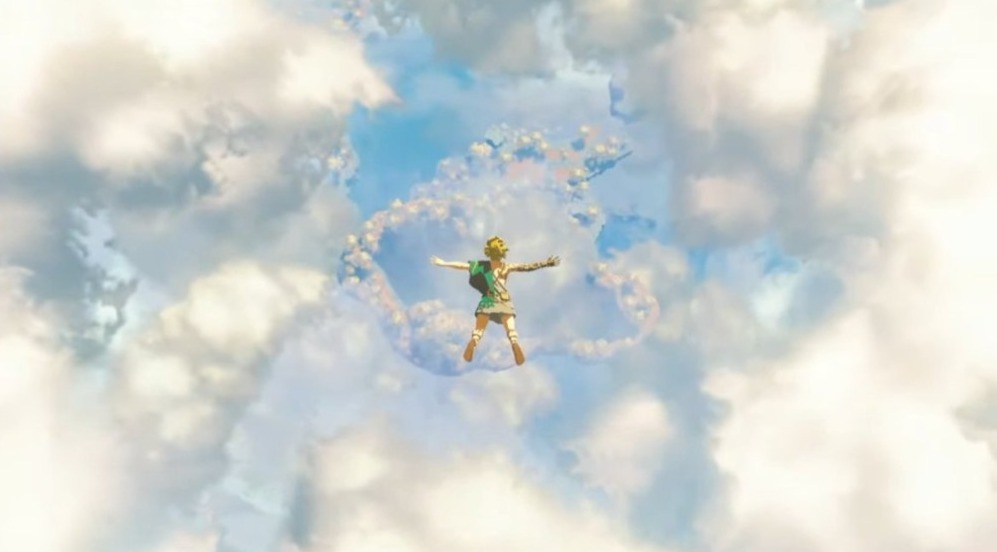 The latest trailer reveals paragliding up in the clouds along with a freefall mechanism that seems to come from Skyward Sword. There is also a new glove that appears to have taken place of the Sheikah slate available in the predecessor.

You can also see a mini clip of splashed puddle which perhaps hints at reverting in time.  The Stone Pebblit will be returning with a Bokoblin fort on its back. This may suggest the game’s dynamic interplay between the infamous enemies.

Before this, the teaser or the first reveal trailer for Breath of the Wild 2 came at E3 2019. This spooky trailer showed Zelda and Link an underground chamber with certain mysterious runes, glowing hands, and a completely new haircut. The pair are also seen riding an elephant-esque beast.

The 82-second video set the Internet on fire and got the social media users hyped up for the new Zelda game.

For the story, we don’t know much except for the fact that it’ll be a direct sequel to Breath of the Wild continuing the story of Link and Zelda in Hyrule. We also know that the duo will be researching some kind of mysterious spirit energy, and defending their region from the evil powers.

Why Nintendo didn’t reveal the title of Breath of the Wild 2?

Nintendo didn’t reveal the title for Breath of the Wild 2 and calls it a sequel to Breath of the Wild due to the fact that fans try to figure out parts of the story from its name. When the title is unknown, players can only guess what could be coming in the forthcoming game.

Furthermore, keeping the title a mystery also helps to grow the hype around the upcoming game.

To those saying that we are overhyping Breath of the Wild 2, and that we are setting ourselves up for disappointment..

Breath of the Wild had MASSIVE hype surrounding it. And it delivered. Same goes for pretty much every mainline Zelda title. It's safe to hype up Zelda games ^^ pic.twitter.com/Jp4ct8Pzly

Also, you are interested to know more about the world of Breath of the Wild, you can try playing a prequel known as Hyrule Warriors: Age of Calamity. You can enjoy the game launched last November until we get a release date for Breath of the Wild 2.

The Legend of Zelda: Breath of the Wild 2 Latest Update and News

Zelda fans are eagerly waiting for any official words from Nintendo about the release of the sequel to the Breath of the Wild. Here are all the latest updates, news, and rumors about the highly anticipated title.

It has now been 2 years since the sequel to The Legend of Zelda: Breath of the Wild was first announced. Will we see it again at #E32021?

What do you think the official title will be called? pic.twitter.com/0PfyrhSLTB

Update February 2022: The Game’s development is still on track

Nintendo’s financial presentation to investors provided a list outlining the launch of upcoming first-party games. It revealed exact release dates for certain key titles like Triangle Strategy, Kirby and the Forgotten Land, etc, but it only shared a wider window for Breath of the Wild 2.

It seems that Nintendo’s Japanese release schedule has leaked and it lists a new Kirby game, Bayonetta 3, Splatoon 3, and Breath of the Wild 2 all for 2022. Is Nintendo preparing for what would be a astronomical financial year?

Still, this is good news as the game is still on track to release later in 2022. And, the game hasn’t been delayed or postponed.

Rumors suggest more details could be coming in June

AccountNGT, a reliable tipster has hinted that more details about The Legend of Zelda: Breath of the Wild 2 could be revealed at E3 2022, which is scheduled to take place around June.

So, we can expect more news about the much-awaited title during that timeline. At last year’s E3, it was revealed that the game will launch in 2022.

That's it, if I receive more details I will let you know.

Another Nintendo leaker, SamusHunter says that Nintendo is planning to release a collection of games this year. He also provided a rough estimate on when the games will be launching. According to his estimate, Breath of the Wild 2 is scheduled to launch in the second half of the year.

You may corroborate this information with the expected November 2022 release date for Breath of the Wild 2.

Breath of the Wild 2 could have a “Darker Story”

Eiji Aonuma, the series producer, has hinted that Breath of the Wild 2 could take a darker turn story-wise, and will be a little bit darker than Majora’s Mask as well as the predecessor.

The trailer confirms this as we’ve seen what looks like Ganondorf’s corpse being resurrected by a disembodied hand along with imagery from Twilight Princess (2006) where Hyrule turned into an area of shadow powers. However, the trailer also reveals colors and radiant visuals that are signature to Zelda games. 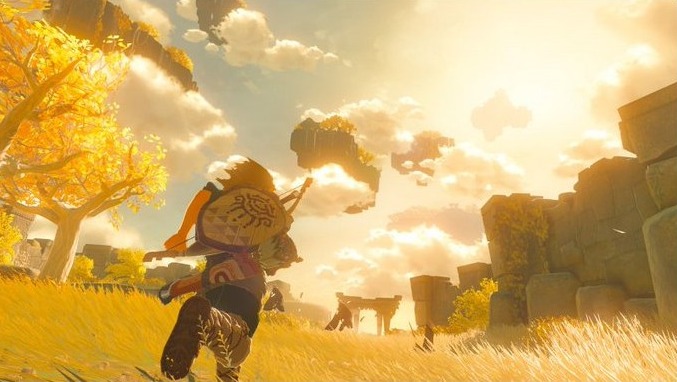 There’s also a fan theory by Barrett Courtney of Kinda Funny that Ganondorf could be a playable character in segments of the upcoming game. He says, “This game will be learning about the fall of Ganondorf the man, and then saving him from the evil that has been ruling over him for generations. And in doing so, we’ll break the cycle started by Demise.”

Although there is little to no basis to his remarks, it sounds pretty interesting if the player gets to explore and witness such chilling elements, and the already great series gets to become even more fascinating.

There’s a lot the developer can do with the story for the upcoming Zelda game. That’s why everything has been kept under covers until now, even its title. Let’s just hope we get some legitimate updates soon and the game releases during the said period.

What are you expecting from Breath of the Wild 2? Let us know using the comment box.