February 27 is celebrated as Pokemon Day every year, and this year’s celebration has provided some massive and hype-worthy announcements in a 14-minute live stream. Pokemon Gen 9 is officially coming with two games- Pokemon Scarlet and Violet releasing in 2022. 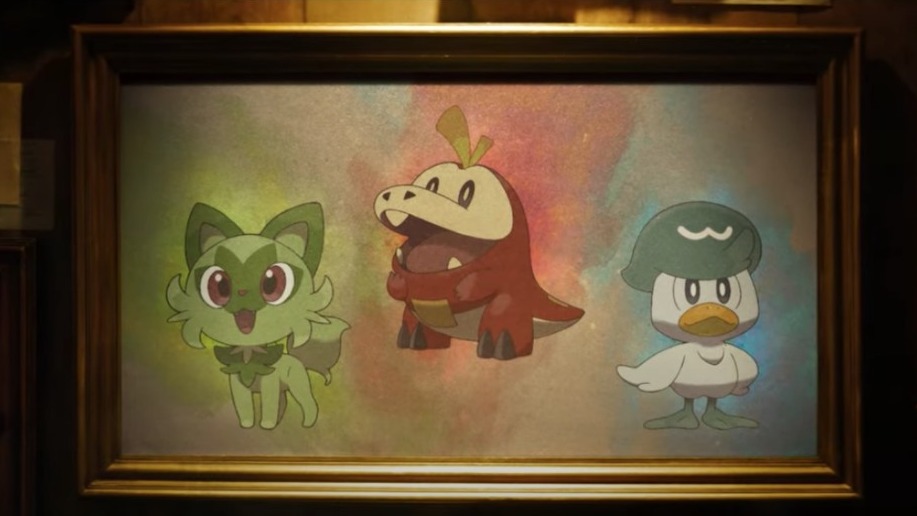 Pokemon fans have already had a busy year with the launch of Pokemon Legends Arceus, a brand new game set in the ancient Hisui region. It has now become the second-fasted selling Nintendo Switch game of all time.

We also got to play Pokemon Diamond and Pearl remakes called Pokemon Brilliant Diamond and Shining Pearl in late 2021. Now, the 26-years long-running franchise has announced two new Pokemon games set in a completely new region, with new and returning Pokemon, and a new playstyle.

At the end of the Pokemon Day live stream, the Pokemon Company officially revealed Generation 9, only three years after Generation 8 which featured Pokemon Sword and Shield. The new Pokemon Generation 9 will be coming with a duo of games.

Pokemon Scarlet and Pokemon Violet will be the two new Pokemon games. A quick preview of the new titles was showcased today. They already look amazing with a blend of lively city areas and vivid natural wonders with varieties of Pokemon. 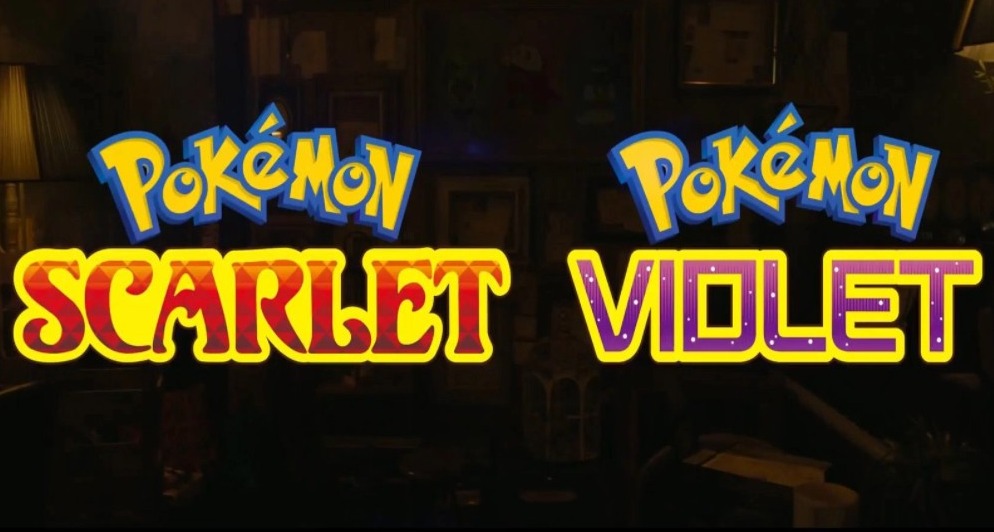 Game Freak has also confirmed that Pokemon Scarlet and Violet will be coming by the end of 2022. So, this year, Pokemon fans will be getting two major games.

Pokemon Scalet and Violet will be open-world adventure role-playing games just like previous Pokemon main games. We also know about the new starter Pokemon and we’ll take a brief look at them later.

The official statement from the franchise states the following:

The new Pokemon games will potentially feature the best parts of Legends Arceus, and Sword and Shield games. Scarlet and Violet will have a story set in modern times, unlike Legends Arceus which is set in the distant past.

The reveal trailer also shows glimpses of a brand new region. The city area looks filled with colors and flowers, and windmills are situated along the hillside. Initial looks suggest that the new map will be based on Spain. 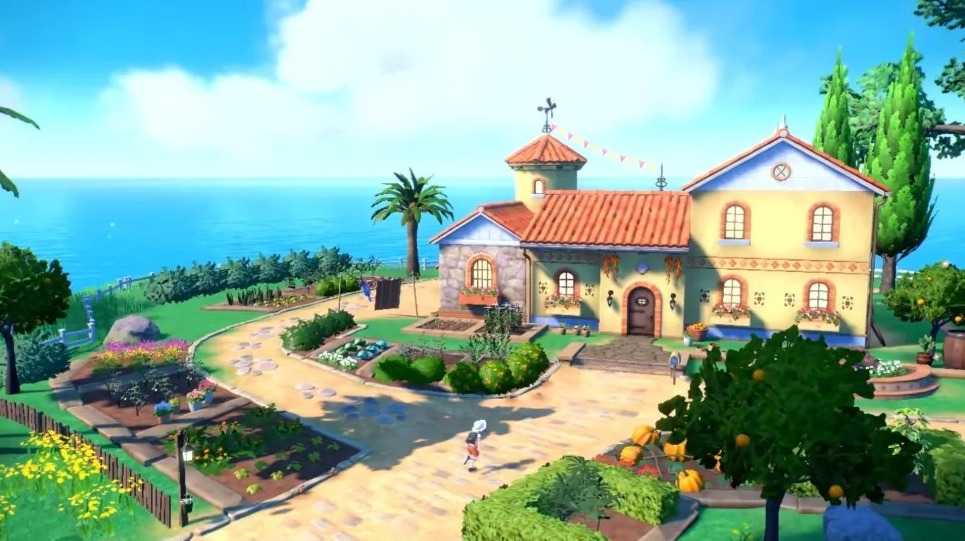 The trailer shows off a church in the city that has the Sagrada Familia vibe, and the surroundings also have a Mediterranean feel.

The Pokemon Gen 9 announcement also showcased the new Pokemon starters which are looking absolutely cute and unique. There is Sprigatito which is a grass-type cat, Fuecoco which is a fire-type small alligator, and Quaxly which is a water-type duck wearing a Mario-esque hat. 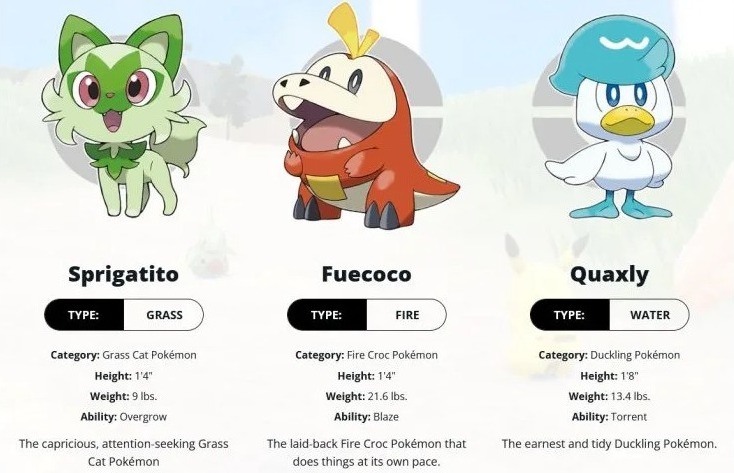 These are also the only three Pokemon announced for Scarlet and Violet currently. More of them could follow soon. The company didn’t reveal its evolutions yet. We’ll have to wait for some more time to know about them.

The first look of Pokemon Generation 9 wasn’t the only big news coming from the 14-minute Pokemon Day live stream. Here are the important bits of information we know about Pokemon company’s future now:

Soon, Pokemon Go players will be able to encounter and catch the Pokemon from the Sun and Moon games coming directly from the Alola region.

The latest Pokemon game, Legends Arceus, is finally getting the “Daybreak” update. Players will be get 30 Gigaton Balls, Ultra Balls, Jet Balls.

The ancient wonder Hisui region where the Pokemon: Legends Arceus is set is getting an online anime series. It will be released later this year. The confirmed release date is not available currently, just like the newly announced Pokemon games.

For me the highlights of the pokemon presents were Legends getting its first patch which might mean many more patches in the future as well + the Hisui anime, which sadly I guess it will be episodes of 5 minutes lenght if it's an online series… but still exciting to see!

These are the key takeaways from the Pokemon Day live stream, with the announcement of Gen 9 the biggest one. Earlier, there were also rumors suggesting that Pokemon Stadium 3 could be announced today. However, that didn’t happen.

Pokemon fans are all hyped and excited now as the first look at the new Pokemon Games is simply fascinating. The starters are looking wonderful, and the story should be great as well. Let us know what do you expect from Pokemon Gen 9 via the comment box.