How to Fix ‘Player is in a Different Version of Overwatch’ Error?

Overwatch 2 just rolled out and it ain’t perfect just yet, like every online multiplayer game launch. OW2 players are currently struggling with an issue that isn’t allowing them to team up with their friends. Here’s how to fix the “Player is in a different version of Overwatch” error in Overwatch 2. 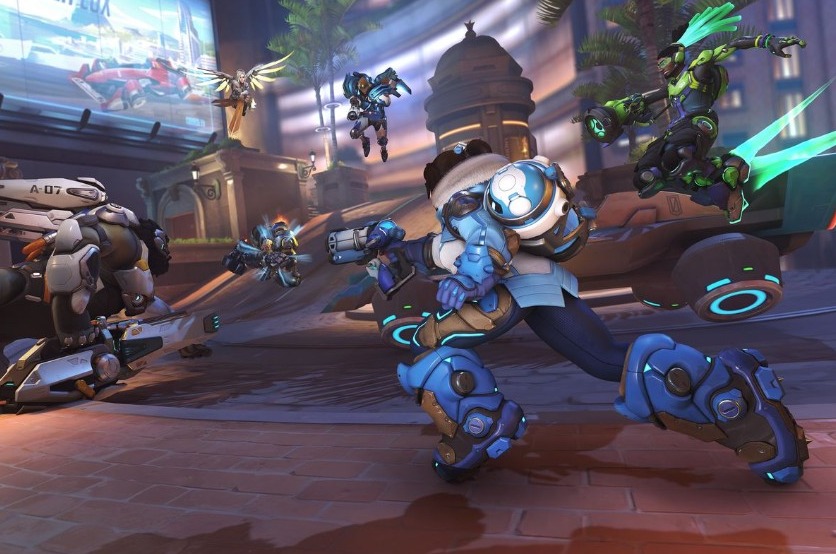 Overwatch 2 launched on the planned release date and time smoothly in all regions. However, an error that states that your friend is using a different Overwatch version is annoying the players as it prevents them from inviting their friends to the team.

Don’t worry though. We have figured out how to resolve this issue. Just use the solutions shared here and you’ll be good to go.

Player is in a different version of Overwatch: What’s the Cause of this Error?

Playing Overwatch is the most fun when playing with friends. Overwatch 2 has provided full cross-play support to allow players to play together with friends regardless of their console. However, some errors can turn the situation sour.

The “Player is in a different version of Overwatch” error in Overwatch 2 is a prime example of that. When this issue arises, you can’t invite your certain friends to your team. You won’t be able to play together as a team. 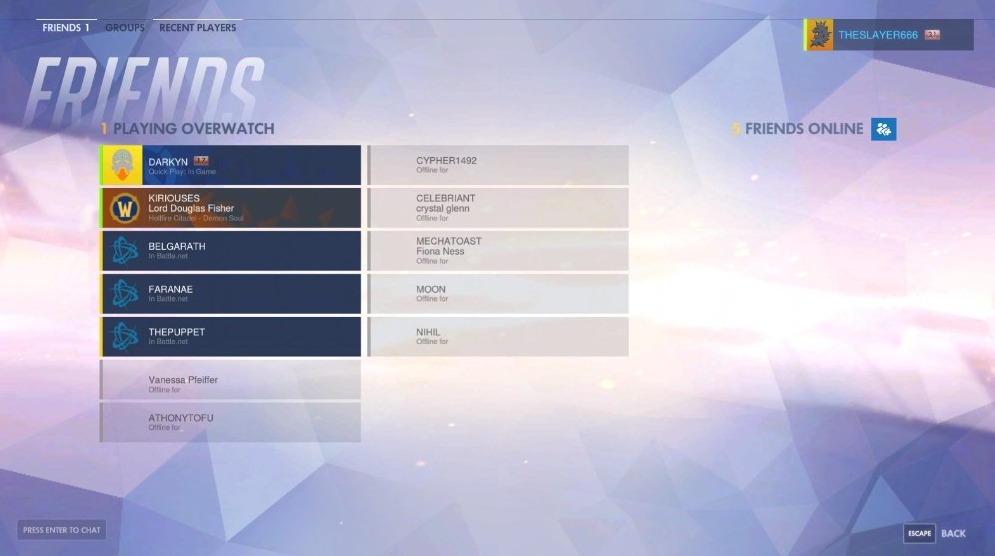 The chief cause of this issue is that your friend may have not updated the game to the latest version (patch). Another cause of this is a server glitch that makes either you or your friend’s system unable to determine the exact game version.

Regardless of the cause, there are certain solutions you can try to fix this nagging problem.

Player is in a different version of Overwatch: How to fix it in Overwatch 2?

Recently, Overwatch 2 players are experiencing the “Player is in a different version of Overwatch” error despite being on the same patch version. This is likely due to a server bug or glitch and Blizzard will fix it soon.

Until the developers resolve the issue, here are some effective solutions for the problem that you can use to fix the error on your own.

The first and simplest solution is to update Overwatch 2 to the latest patch version and ask your friends to do the same. The process is a bit different on PC and consoles. Before proceeding, make sure you are connected to a fast and stable network connection.

The client will then look for updates and download files. Once the latest patch is installed, launch Overwatch 2 and see if the error goes away. If it does, you’ll be able to play with your friends.

Console players need to follow a different set of steps based on the platform. We have shared the procedure for PlayStation, Xbox, and Nintendo Switch below.

That’s it. This is how you update Overwatch 2 on different gaming platforms.

After updating the game, see if the issue is gone and you can team up with your friends. If you are still experiencing it, try the next solution.

Solution-2: Workaround to Invite Problematic Friends to the Team

The official Blizzard forum is full of reports about the “Player is in a different Overwatch version” issue as players are clearly frustrated. Most of the players can’t team up despite being on the same game version.

A Blizzard forum user, Stonefree, has come up with a workaround that has been working for a number of Overwatch 2 players. Several other users on Twitter have also verified it. 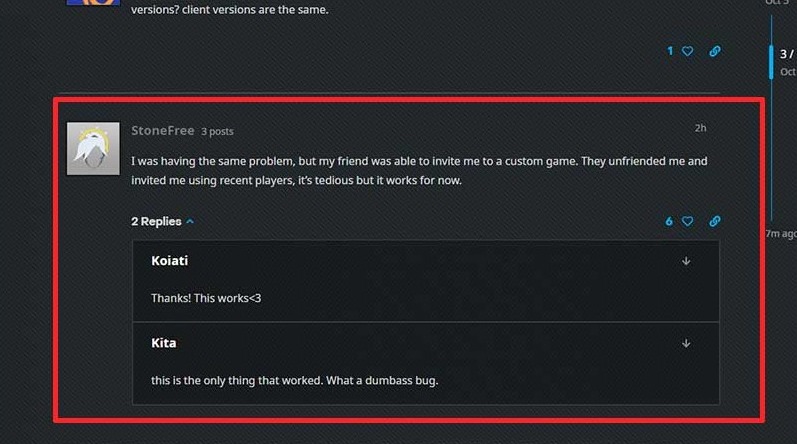 That’s it. You’ll be able to team up when inviting them in this manner. You can also try some other workarounds such as switching network connections, changing game versions, and switching game accounts.

Overwatch 2 is a new launch and newly launched titles often encounter a number of bugs. Blizzard could already be working to fix this annoying issue and will roll out a patch soon. Until then, you can solve the problem using the solutions shared here.

You can also report the issue via Twitter. Don’t forget to tag the @PlayOverwatch and @BlizzardCS accounts in your Tweets. If you forgot to tag them, you can just edit your tweets if you are a Blue subscriber in certain regions. 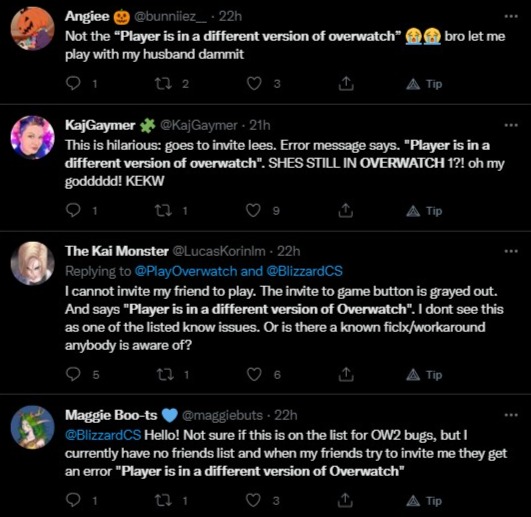 Blizzard is yet to officially acknowledge the problem as it continues to frustrate players. Overwatch 2 players continue to express their frustration on Twitter, Reddit, and other gaming forums.

If you have any working solutions or workarounds for this error, feel free to use the comment box to share them with fellow players.