Coca-Cola’s newest soda flavor is here! The company has announced its fourth and final flavor in the Creations series, titled Dreamworld. As per the company, the flavor does taste like dreams!

Dreamworld will be launched on Monday, August 15. As per the beverage company, the soda is meant to capture “technicolor tastes and surrealism of the subconscious” by inviting drinkers to “dream with open eyes.” Read on to learn more about the news soda and how it tastes. 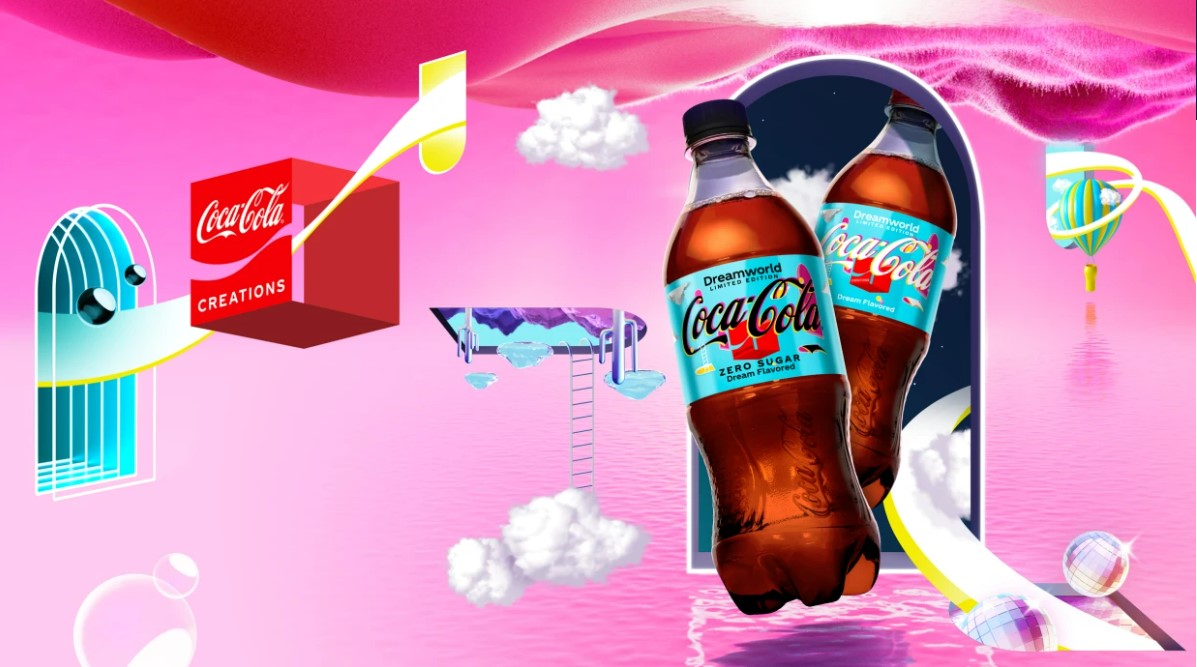 ‘Dreamworld’ will be Accompanied by an Augmented Reality Music Experience

Dreamworld is the final flavor in the Creations set, a series of limited-edition flavors launched by Coca-cola this year. The series began with the launch of Coca-Cola Starlight in February. It was followed by Coca-Cola Byte in April and Marshmello’s Limited Edition Coca-Cola in June.

A spokesperson from the company said in a statement, “This dream-inspired product brings to life the playfulness and brightness of dreams — with each sip, the line between fantasy and reality blurs and fans will be able to unlock new tastes, emotions, and adventures.”

Alessandra Cascino, the creative and shopper program director at the Coca-Cola North America Operating Unit, said in a press release, “The soda is marketed toward “Gen Z’s passion for the infinite potential of the mind. “Like the Coca-Cola Creations that came before it, Dreamworld plays with the unexpected and will no doubt provoke discovery and debate among consumers … which we welcome.”

Dreamworld will be accompanied by an augmented reality music experience in partnership with Tomorrowland and an exclusive Dreamworld-inspired digital fashion collection for the metaverse. 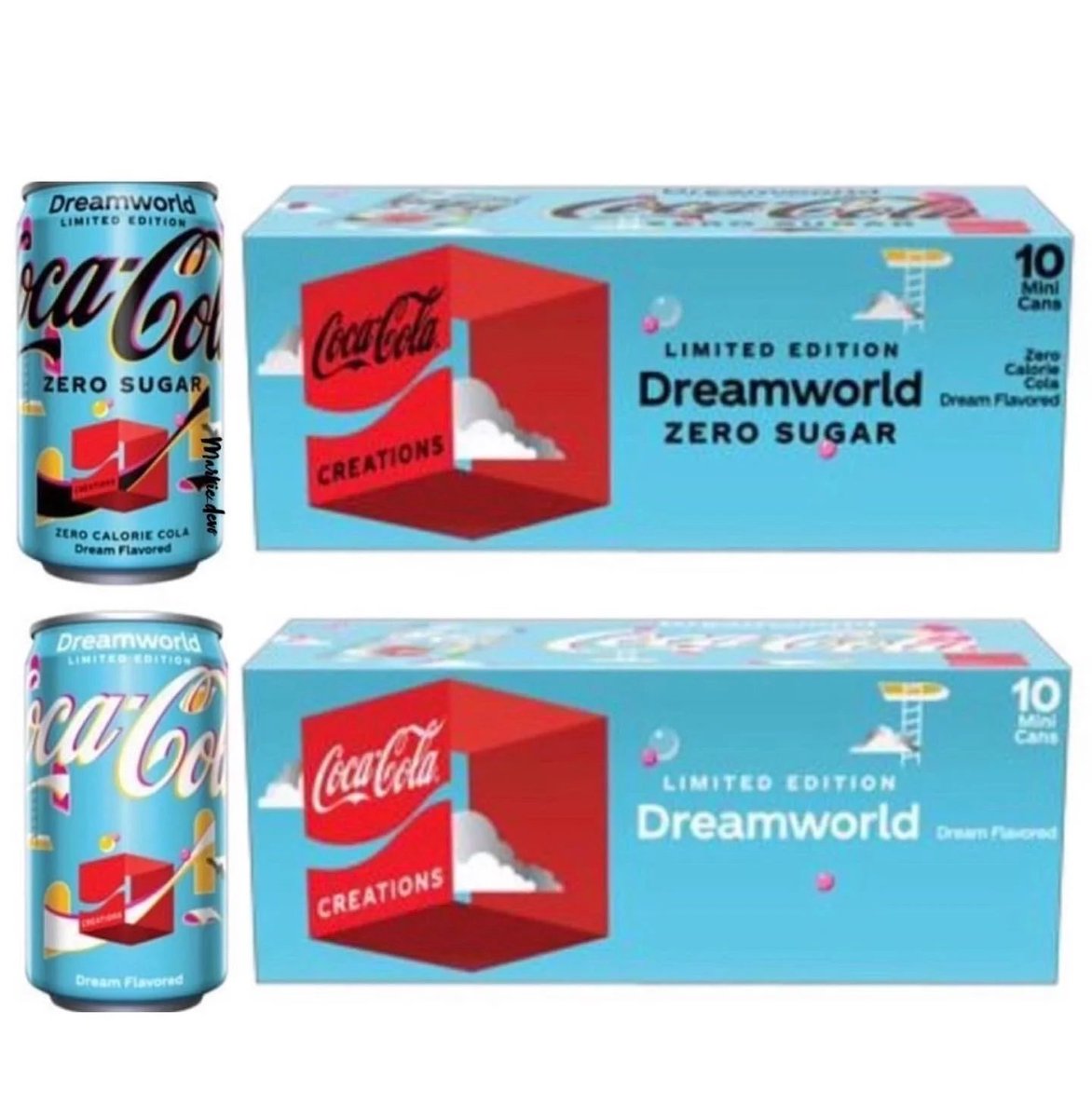 Since the flavor is based on a concept rather than a food, it is difficult to guess what it will taste like, and probably that is what Coca-Cola intended too. The previous flavors in the series were also based on concepts.

Starlight flavor was marketed as a taste of outer space, and Byte flavor was described as ‘the first-ever Coca-Cola flavor born in the metaverse.’ However, these flavors were described in more traditional tastes by some food enthusiasts. Starlight tasted like ‘minty cotton candy sprinkled with vanilla,’ and Byte was described as ‘a bit like a Cherry Coke but much lighter.’

Katie Teague, a writer at CNET, tasted the flavor and said, “It had a fruity candy smell — like Skittles mixed with Coca-Cola — but it definitely didn’t taste the same way. I immediately got a citrus flavor from this soda, but I thought the overall flavor was similar to Marshmello’s limited-edition Coke.”

Coca-Cola’s shift into the Surreal 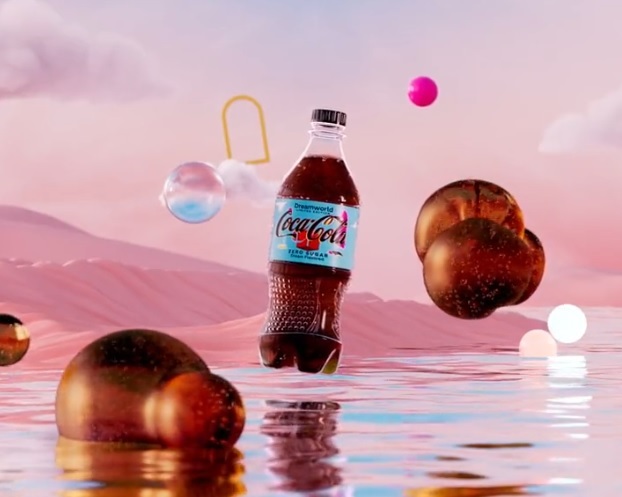 While many have appreciated the new flavors, others have criticized the company’s strategy to launch surreality-themed products. Writing for Eater, Jay Saxena said, “Coca-Cola is clearly not comfortable with being one of the most successful companies of all time.”

“In capitalist parlance, if you are not growing, you’re dying, which means there has to be ‘innovation’ and new products and a soda that tastes like dreams that no one asked for. There is no room to just be, to offer a product a lot of people like, and sustain a company on that,” she added.

Dreamworld will be available in both regular and zero sugar varieties. It will be exciting to see how the ‘dream’ taste is perceived by customers.