Partial Lunar Eclipse 2021: Date, Time, Where and How to Watch?

When Planet Earth comes in the middle of the Sun and the Moon and when all these three objects are aligned then a Lunar Eclipse occurs. A lunar eclipse occurs on a full moon day. 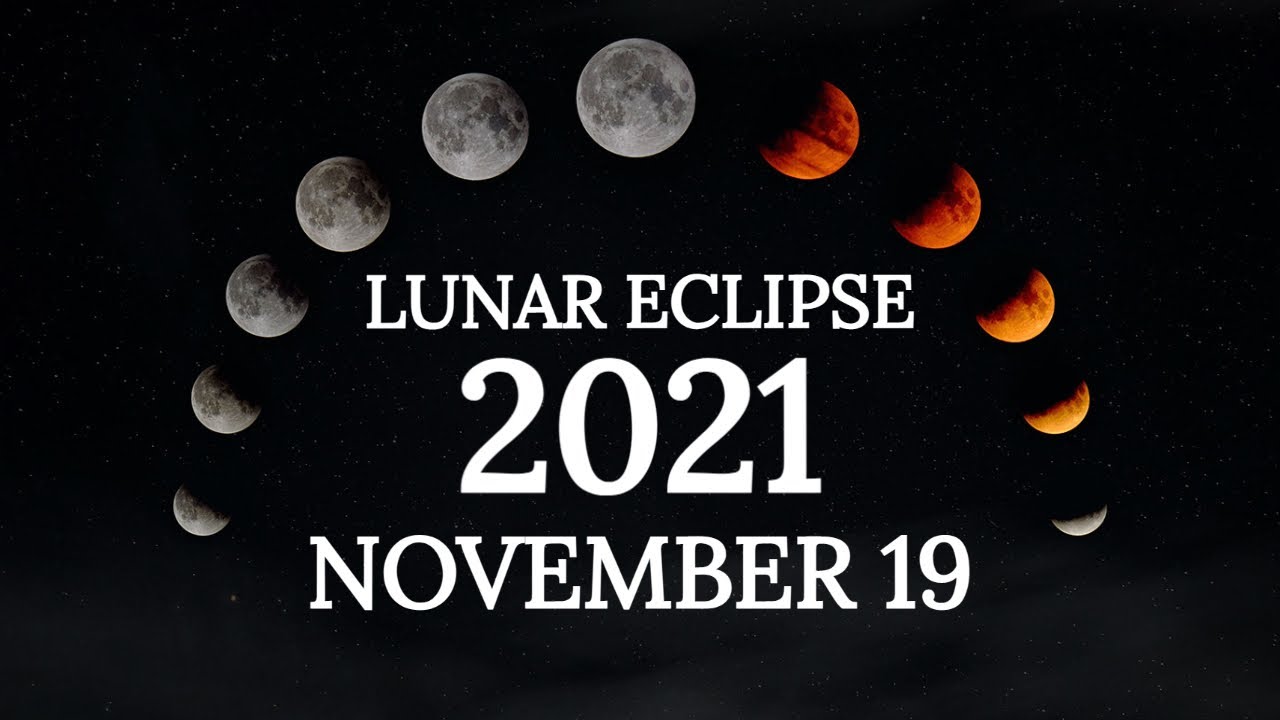 On May 26, 2021, this year the last lunar eclipse took place. The second lunar eclipse of the year will occur again on 19th November.

Read on to know more details about the Super Blood Moon in our article below! 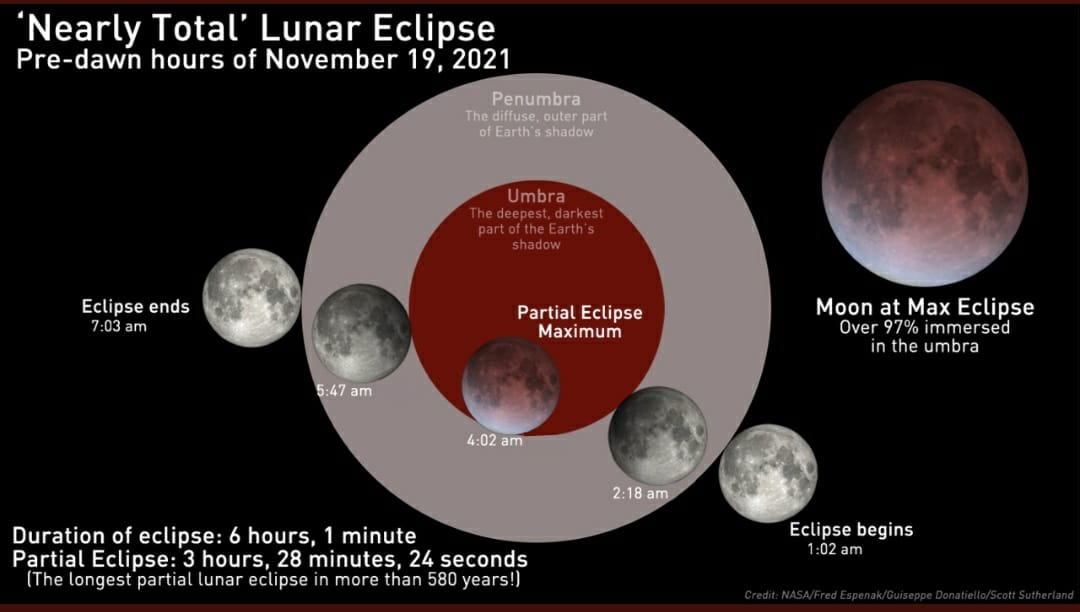 This year will witness the longest partial lunar eclipse in the last 580 years that will last 03 hours 28 minutes as 97% area of the moon will be covered by the shadow of Earth.

In all probability, the moon will appear blood-red in color, as the red beams of the sunlight pass through the Earth’s atmosphere. These rays are least deflected and then fall on the moon.

On February 18, 1440, a partial lunar eclipse occurred that lasted for more than 3 hours and it is estimated that the world will witness a similar scenario again on February 8, 2669.

On May 16, 2021, the next lunar eclipse will be occurring. However, it will not be visible from India. India will witness the next total lunar eclipse on November 8, 2022.

The longest partial lunar eclipse will begin at 11.32 am and end at 5.33 pm India Standard Time on Nov 19. The total duration of the upcoming lunar eclipse is 6 hours, 2 minutes.

Lunar Eclipse 2021: How can you watch the blood-red Moon? 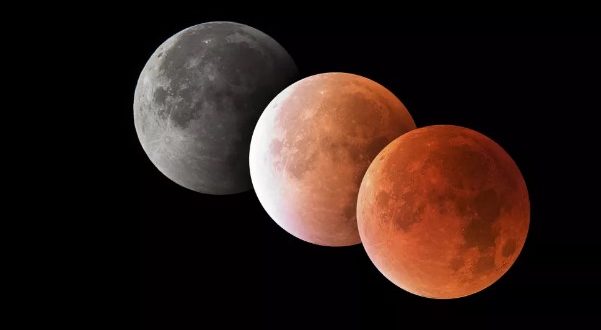 Viewers have online options available to follow the moon action just in case you happen to you encounter cloudy weather.

The Virtual Telescope Project (VTP) in collaboration with astrophotographers from all across the world will cover it live at 11 pm PT on Nov 18 (7 am UTC on Nov 19). Astrophysicist Gianluca Masi will be offering live commentary.

US Space agency, the National Aeronautics and Space Administration (NASA), known for predicting several space events, said that in the 21st century Earth will be witnessing a total of 228 lunar eclipses. According to NASA, a lunar eclipse can occur a maximum of three times a year. 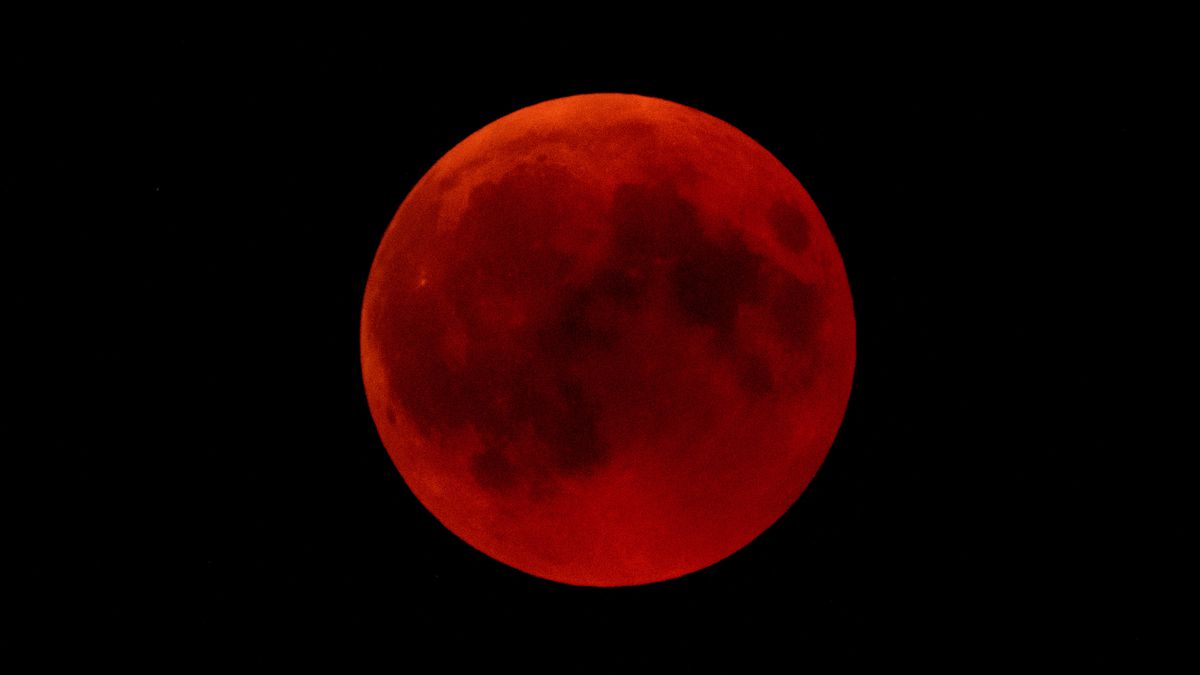 The eclipse will be visible in the region covering western Africa, western Europe, North America, South America, Asia, Australia, the Atlantic Ocean, and the Pacific Ocean according to India Meteorological Department.

Are you excited to watch the Lunar Eclipse 2021 on the 19th of November? Share your thoughts in our comments section below!