Sheri Easterling, Addison Rae’s mom, and Yung Gravy made headlines at the 2022 MTV Video Music Awards when they debuted their relationship on the red carpet.

It was not just that the duo arrived and posed together in matching purple outfits, but they also kissed at the event on 28th August, as they both appeared to be having a good time.

The best part about their pairing was that they did not keep their lips sealed on their relationship. At the pre-show for the 2022 MTV Video Music Awards, Yung Gravy spoke about the background of the group prior to delivering a performance.

It has been reported by Gravy that “We met online and connected right away, I’m from the furthest north it gets, and she’s from the furthest south it gets.” Although they come from different backgrounds, Gravy believes that the two are a “perfect match” because he is passionate about MILFs, and she is an absolute diva of MILFs.

Back In July, Sheri Highlighted Single Mom As Part Of Her Instagram Bio

The mother of Addison Rae gained attention for editing her Instagram bio after sharing a cryptic post about “challenging” personal matters on the social media platform. 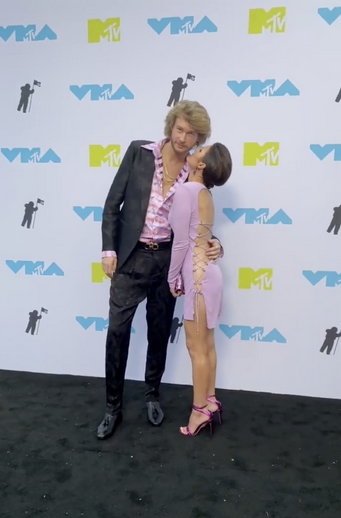 The 42-year-old mom of Addison Rae has made a minor but also significant change to her social media account just days after cryptic comments were posted about Addison Rae’s “overwhelming” personal matters. It was hard to miss the fact that Sheri added “single mom” to her Instagram bio, which caught the attention of many followers.

It seems there is a lot going on behind the scenes for the family to keep their private life private, although from what has been posted on social media, it seems the reality is a lot more complicated than that. On July 7, Sheri posted a note on Instagram Stories about where her primacies lie and what drives her.

“Personal matters being brought public are always challenging and overwhelming for anyone involved, I will be okay. My biggest concern is—and always will be—my children and their fragile hearts and minds. I will always do my best to try to protect them.” Describe Sheri’s post on social media. 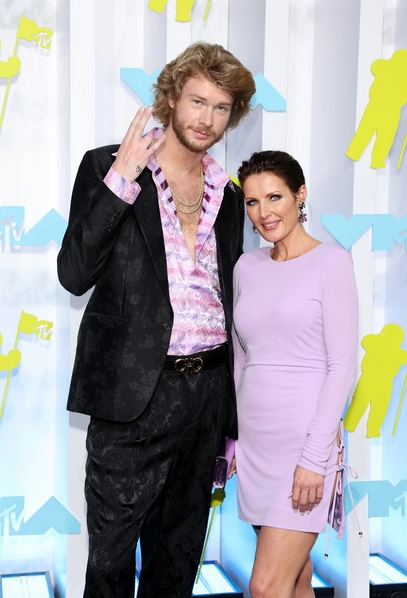 A TikTok Sheri posted on July 14 was duetted by Yung Gravy. “Your Next Date” is a video in which Sheri uses a filter to show what she is going to do on her next date. The original video of Sheri featured her sitting at a picnic with her dog in a park, but Gravy’s name was edited over the part of the video featuring the dog. The caption on the picture read, “name a time and a place #gravyrae.”.

It is important to note that there was nothing one-sided about the TikTok flirtation. Later on in the video, Sheri appeared in a duet on Yung Gravy’s TikTok channel, during which he stated that he was “trying to butter the biscuit.” While in the video, Sheri filmed herself holding a tray of biscuits.

There must have been a considerable amount of time invested in this romance. So, what do you think about the pair’s relationship? Tell us in the comments.