It’s pretty shocking, isn’t it? It has been announced that former “Love Island” contestants Millie Court and Liam Reardon are about to part ways.

Less than a year after beginning a relationship, the 2021 winners of the British version of the hit reality T.V. series confirmed that they had ended the relationship by posting on social media on 13th July.

It is believed that they met during the seventh season of the U.K. reality dating show, which aired from June to August 2021. 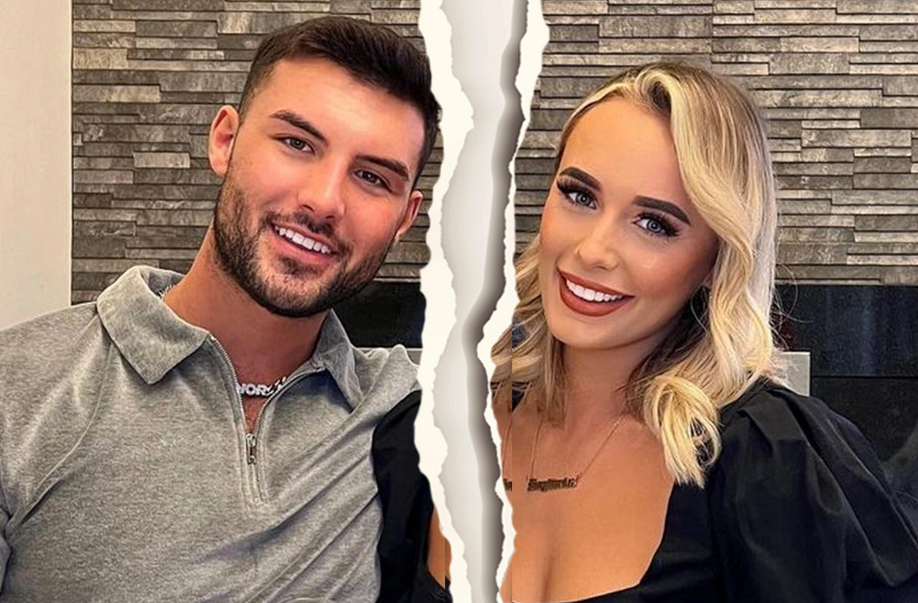 In An Instagram Story, Millie Talked About The Breakup

They made a similar announcement on social media, saying they did not wish to create any speculation concerning the news. The former couple were crowned the winners of the series in 2021, and they asked fans not to speculate about the news.

They both expressed their gratitude for sharing an “amazing experience” on Love Island and wished each other the best in the future.

In a statement posted to her 1.9 million followers on Instagram, Millie, 25, said: “It’s been a tough decision, and I’m gutted, but ultimately, it’s what’s right for us at this time.” Lastly, she thanks all of her fans who have supported her and her boyfriend so far. 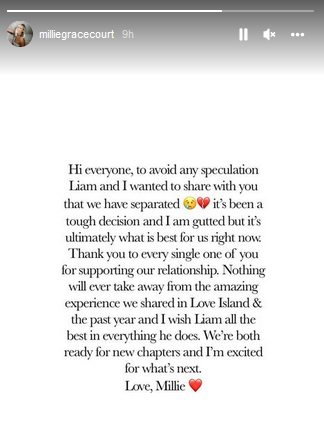 Then she added that they both want to embark on new chapters in their lives and look forward to what’s coming next for the two.

Liam, who is 22 years old, stated in his message that he and his girlfriend will continue to be friends and will remain each other’s biggest supporters in everything they do. As he said to fans, he thanked them for their support throughout the Love Island journey and said it had been a “truly incredible journey” since then.

The Couple Opened Up About Taking Their Relationship Real

As a result of their win, Millie and Liam opened up about what they planned to do with the prize money and how they intended to take their relationship into the real world. 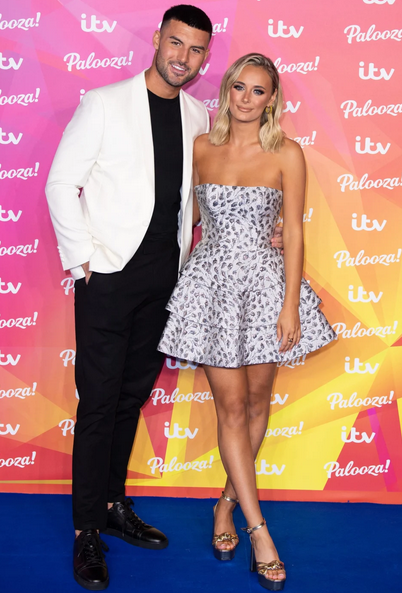 The U.K.’s This Morning reported that Millie was there for love and that she would be sharing the prize money with her partner during an August 2021 appearance on the show.

Fans have reported that since the couple left the series, they have documented their romance via social media, giving fans an insight into how they spent their free time.

Liam Reardon and Millie Court, the winners of Love Island U.K. 7, were announced in August 2021, a year after the show concluded due to a pandemic known as COVID-19. After receiving the backlash for the past few seasons because of the lack of body and racial diversity in casting, the first season was hosted by Laura Whitmore and addressed this issue. 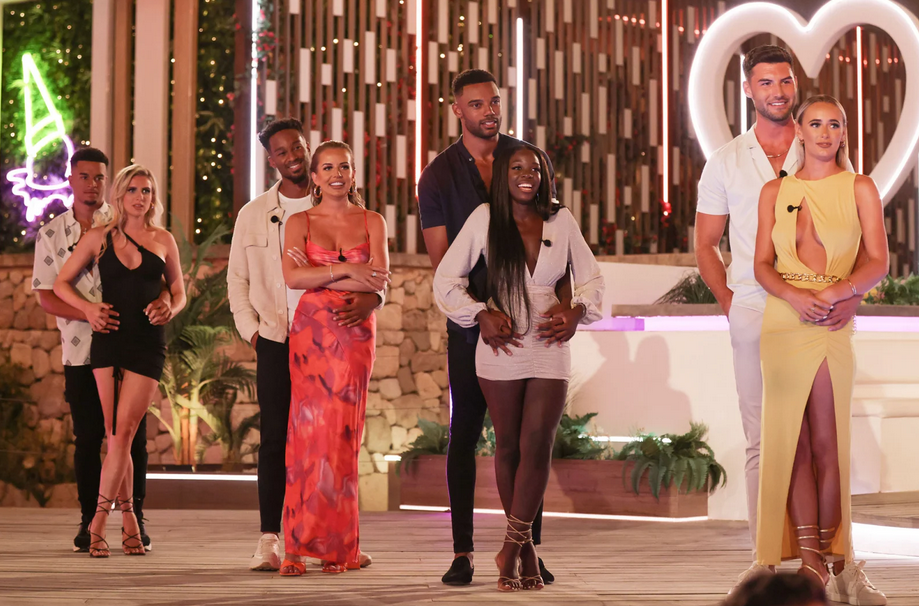 Millie and Liam have been named the king and queen of the Love Island villa for 2021 They beat the likes of Faye and Teddy, Kaz and Tyler, and Chloe and Toby to the title after winning the other couples in the villa.

The duo isn’t together now, so we hope they’re both having a good time and wish them a great and fulfilling future. How do you feel about the split between the two couples? How did you feel about them? Which one was your favourite? If you have any comments, please let us know.