I Like It singer Cardi B did not attend the Grammys this year that took place at the MGM Grand Garden Arena in Las Vegas on Sunday. Read the article further to know the reason behind her not attending Grammys 2022. Belcalis Marlenis Almánzar popularly known as Cardi B took to her Twitter handle to set the record straight once and for all. She won’t take any bullshit when it comes to her kids. The singer shares two kids with rapper Offset, daughter Kulture and a four-month-old son.

“I’m deleting my twitter but On God I hate this f–kin dumbass fan base. You got the slow dumbasses dragging my kids all cause y’all though [sic] I was going to the Grammys and I didn’t the f–k ? When the f–k I hinted I was going ? just f–kin stupid I can’t I needs to protect myself”, the rapper wrote on Twitter. One user wrote, “I bet yo son wouldnt like for you to be on your ass while teasing us fans and not ever dropping music.”  The star responded instantly and said, “I hope your moms die.” 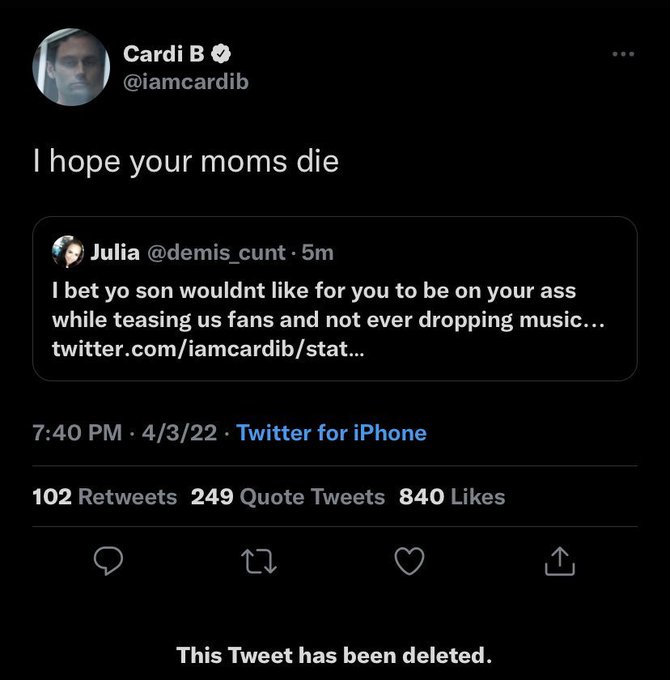 Followed by another tweet by a user that read, “@iamcardib do you kiss your @utistic child with that mouth?” to which Cardi replied “None of my kids are autistic. Don’t project wat u got on my kids the f–k.” In a different tweet, she described all her haters as “so f—king dumb.”

Putting a full stop to all the drama that took place on the social media platform, “SUCK MY D—K, she tweeted before deleting her Twitter account. After a while, the 29-year-old also went live on Instagram to address all the issues which seemed disgusting to a few. 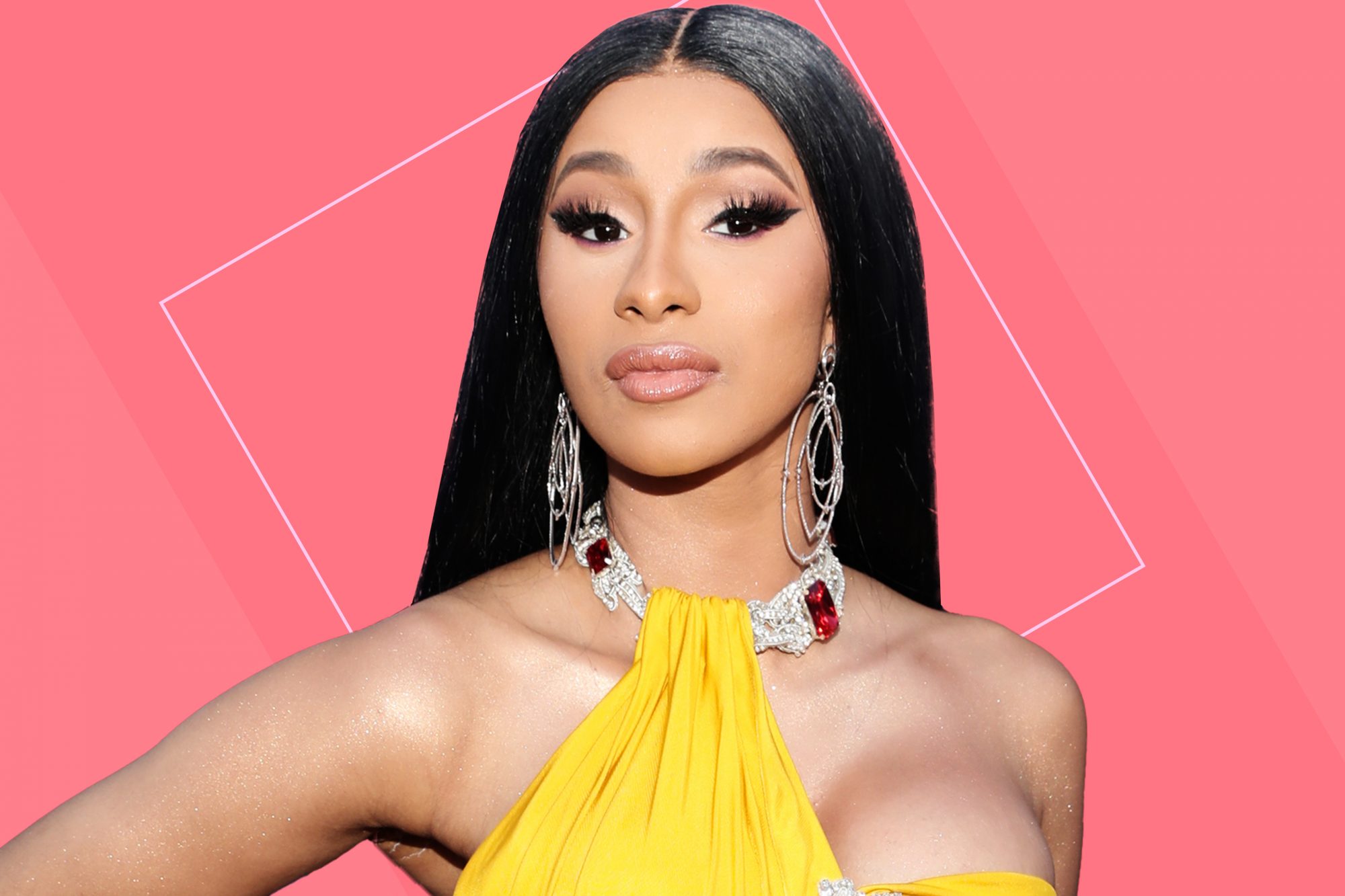 During her eight-minute live on Instagram, Cardi B said, “If you bring up my son, I wish the worst on you. I hate you.” She also clarified the tweet regarding autism. She stated, “I never said there was nothing [sic] wrong with people who have [autism], but don’t put that on my f–king kid.”

Why did Cardi not attend Grammys 2022?

In her live session on Instagram, the singer also cleared the air about her not attending the Grammys. She said, “Why would I go to the awards for? Do I have any new music? Why would I show up with one nomination?” Cardi explained that she skipped the Grammys as at the moment she is busy working on new music. She said,”I gotta prep today and I gotta prep tomorrow. So Tuesday, I’m going far away and f–king finish the motherf–king album. I’m doing a red carpet soon and it’s gonna be great, but I don’t like it when motherf–kers attack me to do some s–t and then call me lazy because I’m not doing it. One thing I hate is when people call me lazy because I work so motherf–king much. And that’s why I’m f–king mad.”

How did the fans react to Cardi’s tweets?

As soon as the musician replied, the fans started tweeting they went into a frenzy. One huge fan of the singer wrote, “Y’all fools should be ashamed of y’all selves for bullying @iamcardib for not attending! So what!!!! if you don’t want to go somewhere you don’t! She don’t owe none of y’all no explanation! Y’all lame as hell! @OffsetYRN tell sis Fuxk them people! #TeamCardiB”

Y’all fools should be ashamed of y’all selves for bullying @iamcardib for not attending! So what!!!! if you don’t want to go somewhere you don’t! She don’t owe none of y’all no explanation! Y’all lame as hell! @OffsetYRN tell sis Fuxk them people! #TeamCardiB

Another user wrote, “Cardi b could say “I hope your moms die” and still be loved but Nicki couldn’t.” One user tweeted, “If Cardi B don’t do anything else…she gone wish death on her fans 😭😂”

Cardi b could say “I hope your moms die”and still be loved but Nicki couldn’t.

These were a few reactions of the fans to the news. Don’t forget to stay tuned with us for more updates from the world of showbiz.