Who is Soulja Boy Dating? The Rapper is Expecting his First Child with Jackie

Red light, green light. You know that I came with my team, right?

Uh-oh! We’re not talking about Squid Game here, but rather the well-known rapper ‘Soulja Boy.’ In September 2007, his breakthrough single “Crank That (Soulja Boy)” reached number one on the Billboard Hot 100 in the United States. 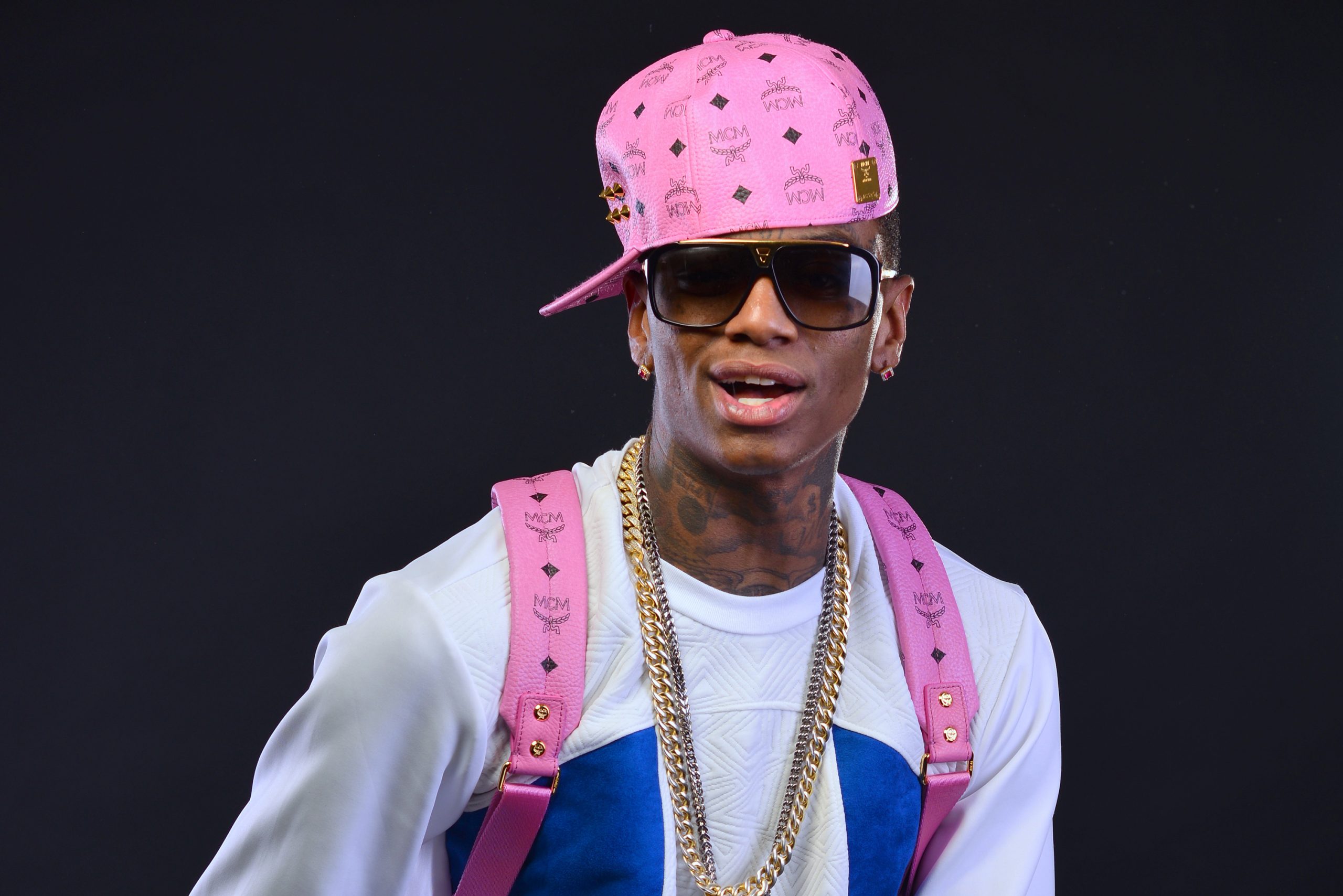 The song was originally self-published on the internet before becoming a top one smash in the United States for 7 non-consecutive weeks beginning in September 2007.

We’ve all heard his wonderful famous songs, which are primarily niche in hip-hop. The rapper was also ranked 18th on Forbes’ list of Hip-Hop Cash Kings in 2010 for making $7 million that year.

But he did recently reveal something about the thing he constantly longed for coming true.

The Rapper ‘Soulja Boy’ Is Expecting His First Child

Okay, yes! That’s what this whole piece is about. Soulja Boy is expecting his first baby, and it’s a boy.

The rapper shared a video of the gender reveals with all of his close friends, including the baby’s mother, on his Instagram account.

And the caption included, “It’s A Boy“. Soulja boy was ecstatic and overjoyed at the gender reveal since he had always desired a boy and now his wishes had come true. 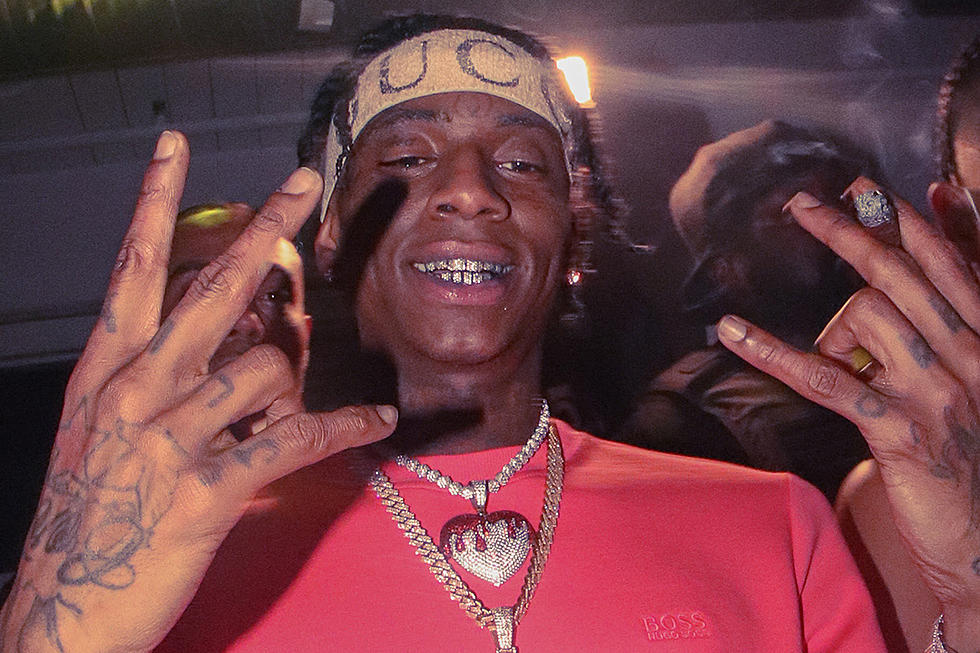 Soulja Boy hugged the Baby Mama as soon as the gender reveal was brought to light and the color blue was all around. And we can see how delighted he was, and also how he couldn’t stop smiling.

He even kissed the baby’s mother. But who is the BabyMama? Before we go into that, take a look at the adorable video below.

Many people also highlighted that he is the first rapper to make a gender reveal and have a son. Well, look at the image below. The adorable baby bump. That’s cute. 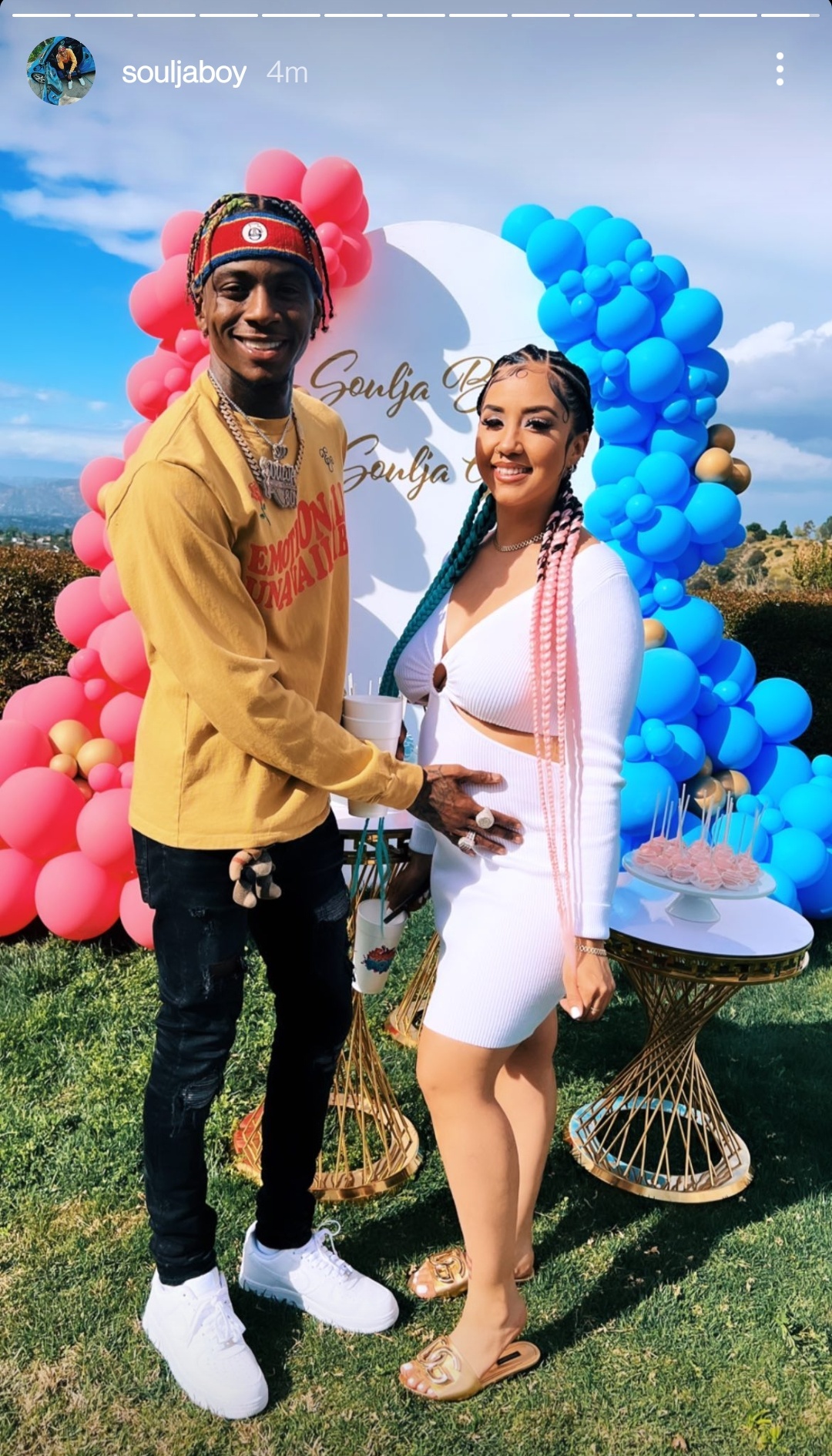 Who Is Soulja Boy Dating Currently? The Baby Mama Is Here

Did you look everywhere for who Soulja Boy is dating and what the name of the Baby Mama is? And now you’ve arrived here. To begin with, Soulja Boy has kept his present partner’s identity a secret.

However, social media never fails to speak for itself. Despite the fact that the video featured the Baby Mama, she was neither tagged in the video nor mentioned in the comments section beneath. 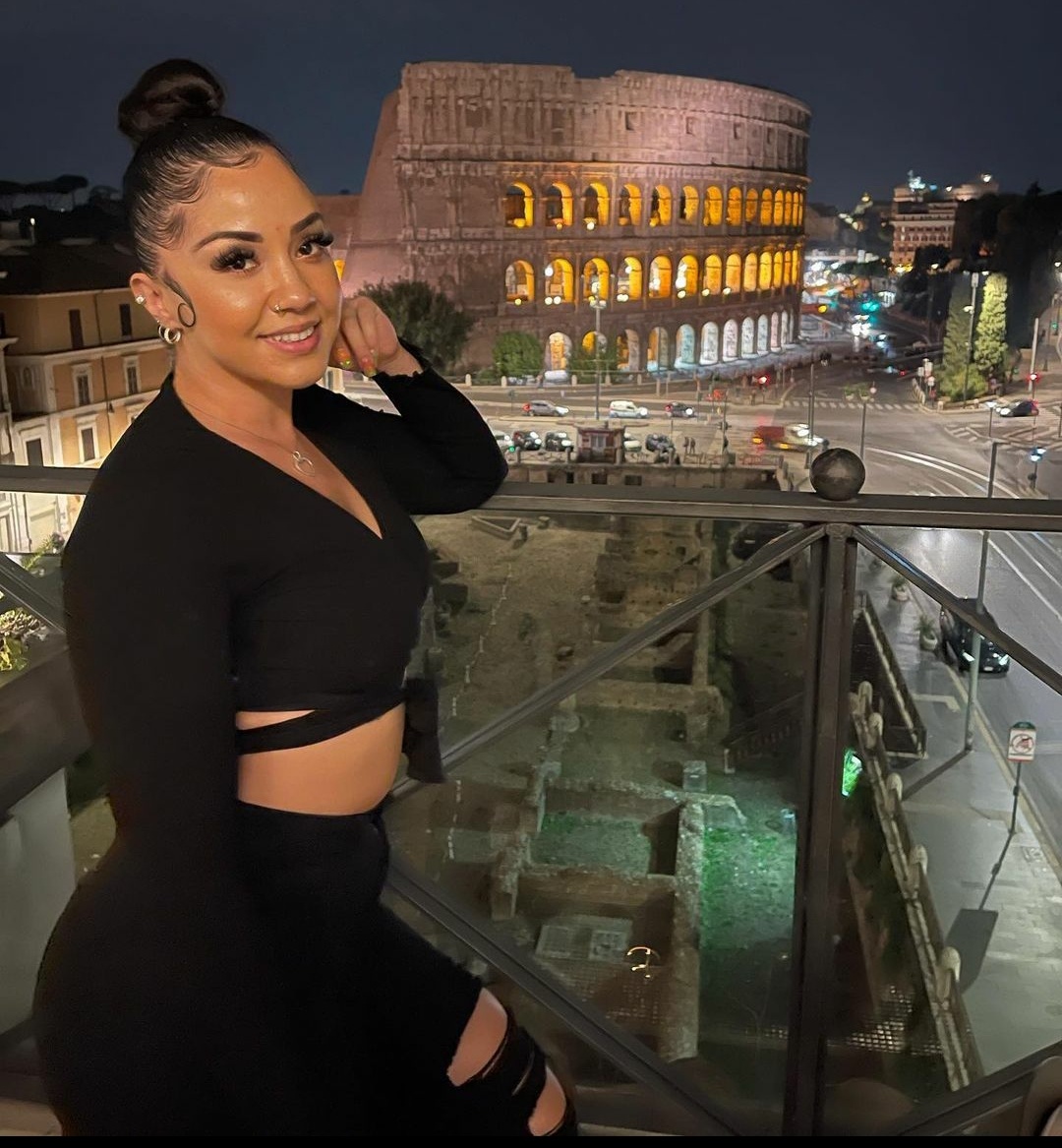 However, a little digging can sometimes lead to a good surprise. Along with the baby’s gender reveal, we also have the Baby Mama revealed.

Soulja Boy is presently seeing a celebrity hairstylist named ‘Jackie.’ She is also a licensed cosmetologist.

How do we know Jackie is the Baby Mama?

That’s because several of Jackie and Soulja Boy’s close pals congratulated them on the story. Jackie, too, shared the identical gender reveal video with the caption ‘It’s a boy.’

In a similar vein, Jackie’s pals have expressed their congrats to her. Take a look at the video below.

If you watched the video but did go through the comment section, we will do it for you. Soulja Boy commented on Jackie’s gender reveal video.

The emojis in the statement prompted Jackie to respond to Soulja Boy with a sweet blue heart and kiss emoji.

Also, Soulja Boy did not post the tagged story of his and Jackie’s congratulations on the baby, but Jackie did share some stories from her pals.

Everyone is overjoyed with the wonderful news. 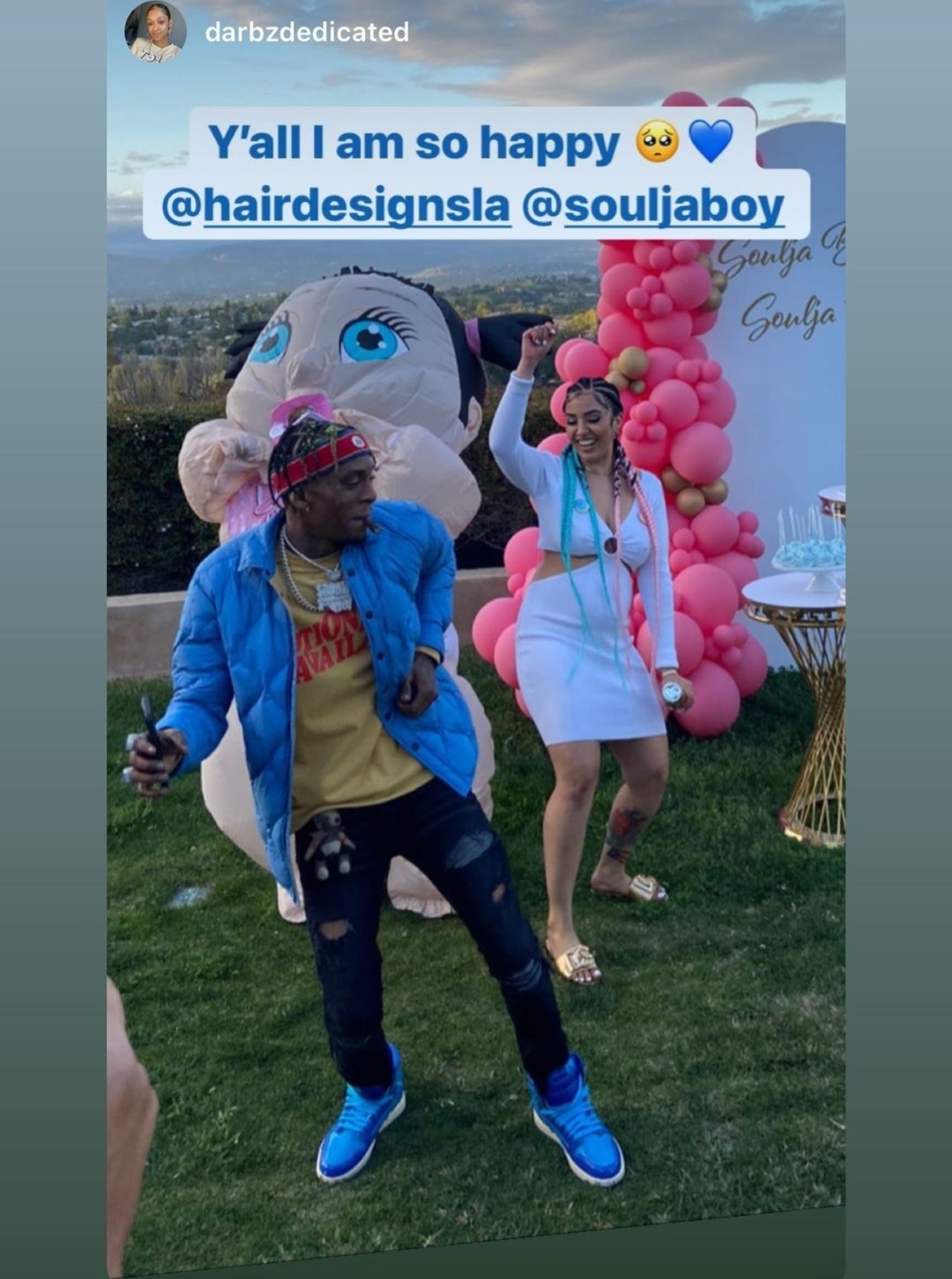 Soulja Boy or Soulja Girl has a full response: there will be a little Souljaboy shortly. 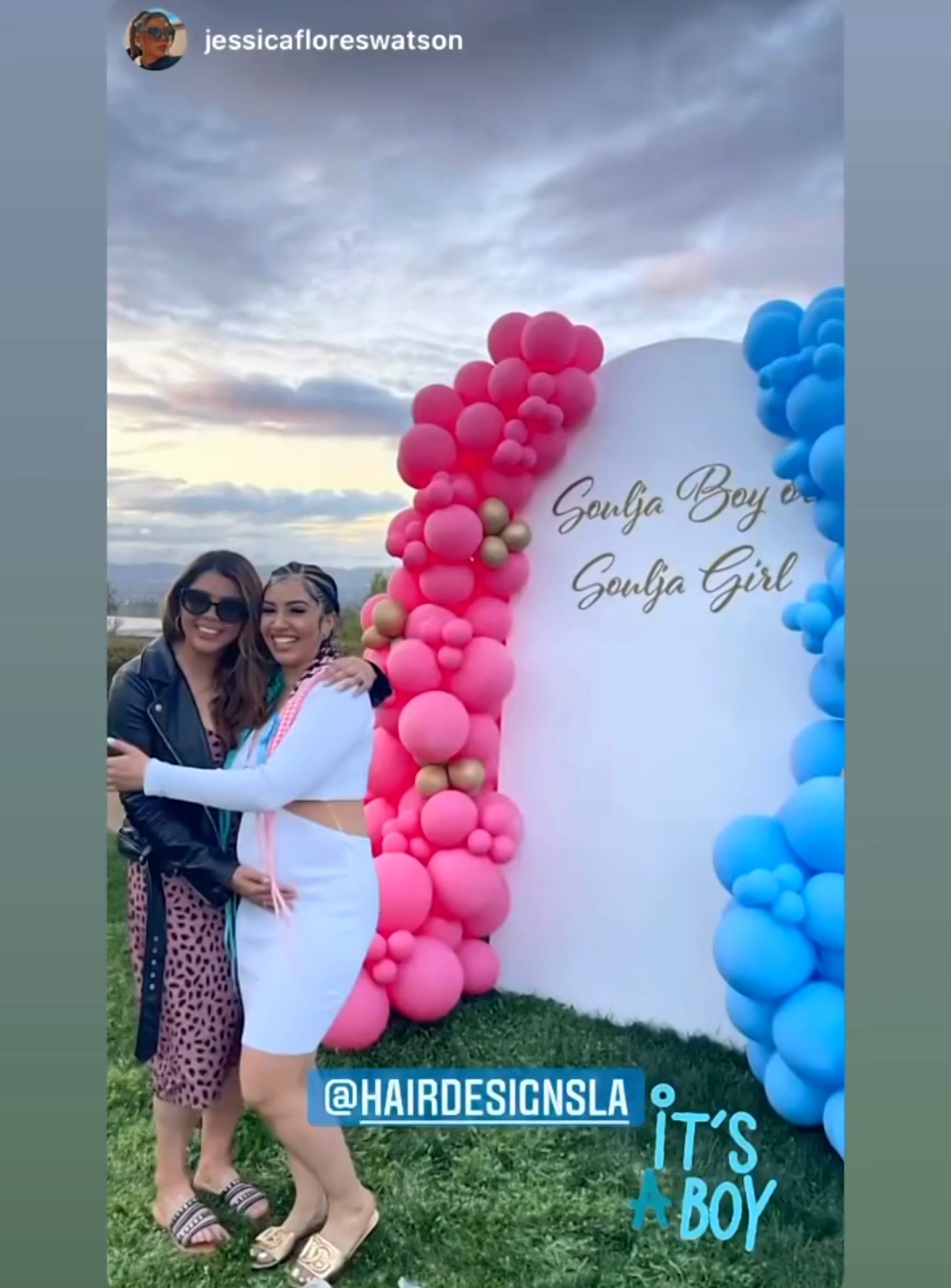 The rapper has expressed a willingness to have a son someday. He said on his Instagram Stories last year that he has everything except a son.

The rapper posted, “I have everything I want in life except for a son. God please bless me I’ve been patient.” His patience appears to have been rewarded in a big manner. 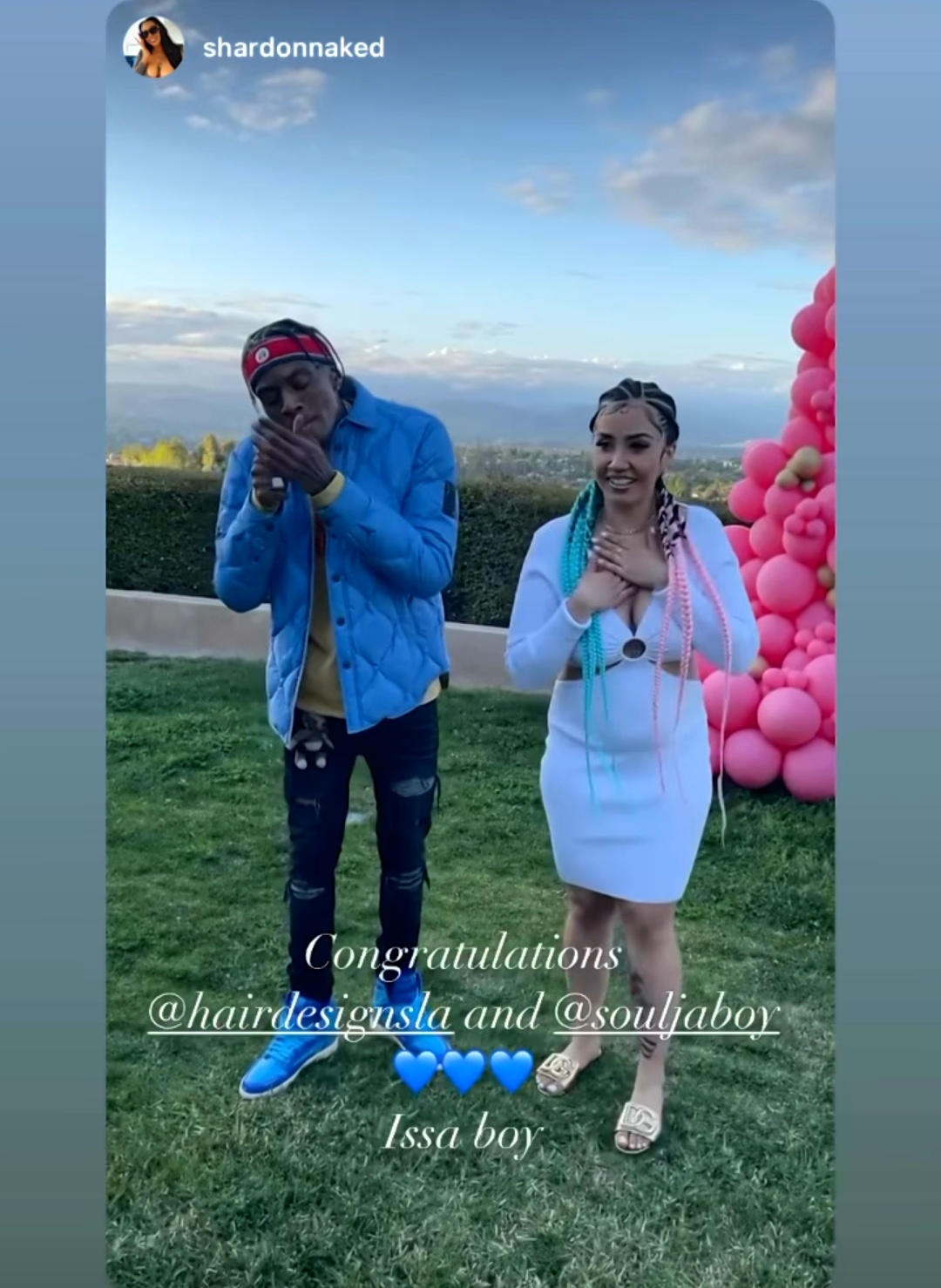 So, what are your thoughts on this news? And about the relationship that Soulja Boy and Jackie share? We’re overjoyed to hear the news as well. Stay tuned with us for more updates. And if you want to know more about celebrities gossips.