Who is Nicolas Ribs? French Magician Wows Judges on ‘America’s Got Talent’

Not long ago, Nicolas Ribs graced the stage of the reality show America’s Got Talent and he left quite a first impression on everyone. The magician not only put a spell on the judging panel of the show but also stunned the studio audience with his magnificent talent.

In an episode of the show, Ribs used a couple of objects including a deck of cards, a digitally framed screen, a table, a chair, and a 2D ball, to impress the judges and the viewers of the show with his enthralling magic. Continue reading further to learn more about the magician Nicolas Ribs. 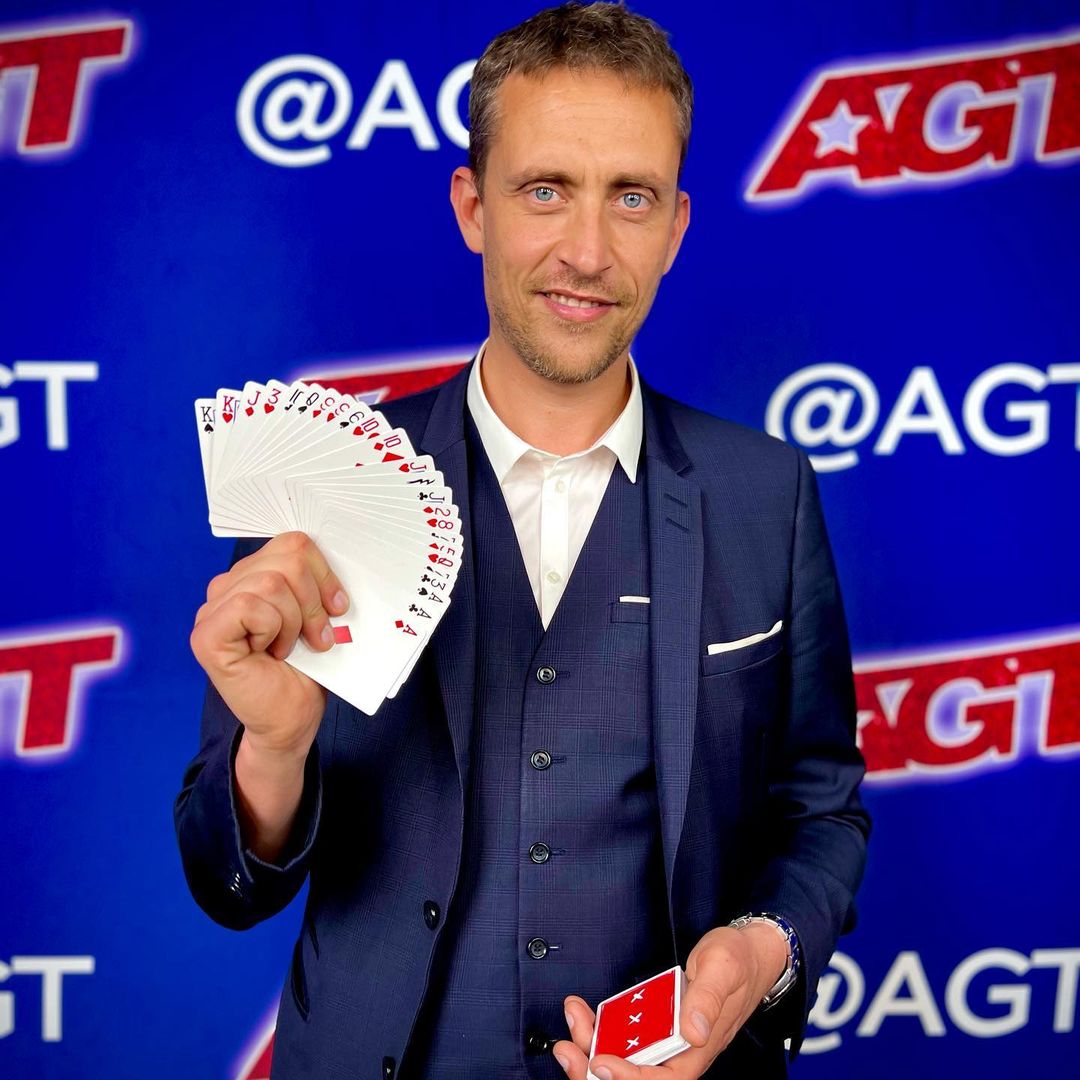 Here’s everything you need to know about Nicolas Ribs

For those of you who are unaware, let us tell you Nicolas Ribs is no stranger to the world of reality shows. In the past, he took part in the French version of the series called La France Incroyable Talent. He participated in Season 14 of the show in the year 2019. 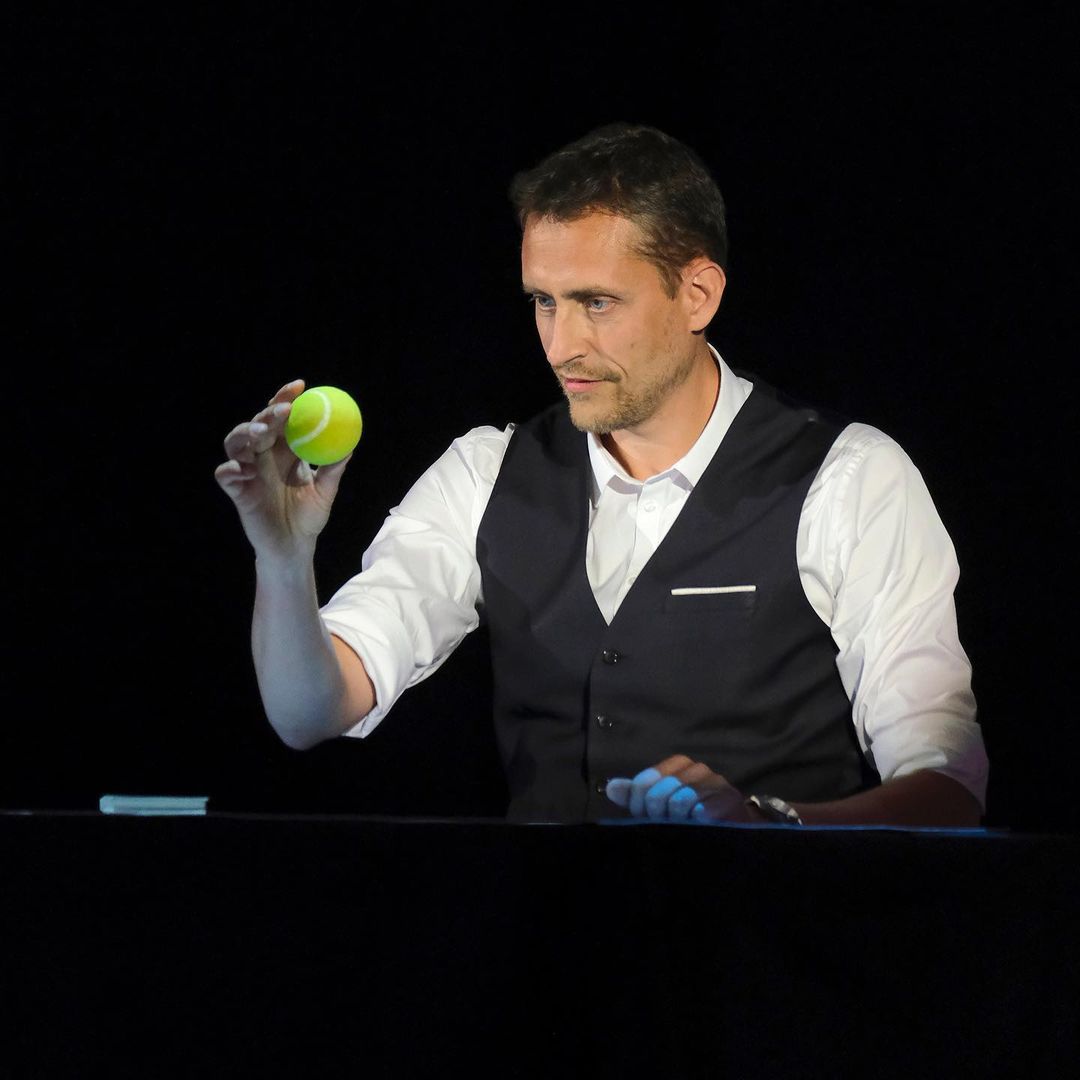 At the moment, Nicolas is competing in America’s Got Talent and he continues to surprise everyone with his impeccable talent. The digital screen is giving him an extra edge over the other magicians on the show. This time, he wants to make sure that he goes further in the show than the French version of the competition.

In addition to being a part of La France Incroyable Talent, Nicolas also appeared in the French TV show named Diversion. The show premiered in the year 2017. He participated in the fourth season of the show with host, TV presenter, producer, and comedian Arthur.

When we talk about Nicolas’ America’s Got Talent audition, it was one of the many great auditions that we have witnessed till now. He displayed his talent in episode 5 of the reality show.

Ribs stunned everyone by performing Digital Magic on stage as part of his audition. This type of magic is simply a modernized version of the traditional close-up magic show, where magicians take the help of digital tools to show their magic skills. 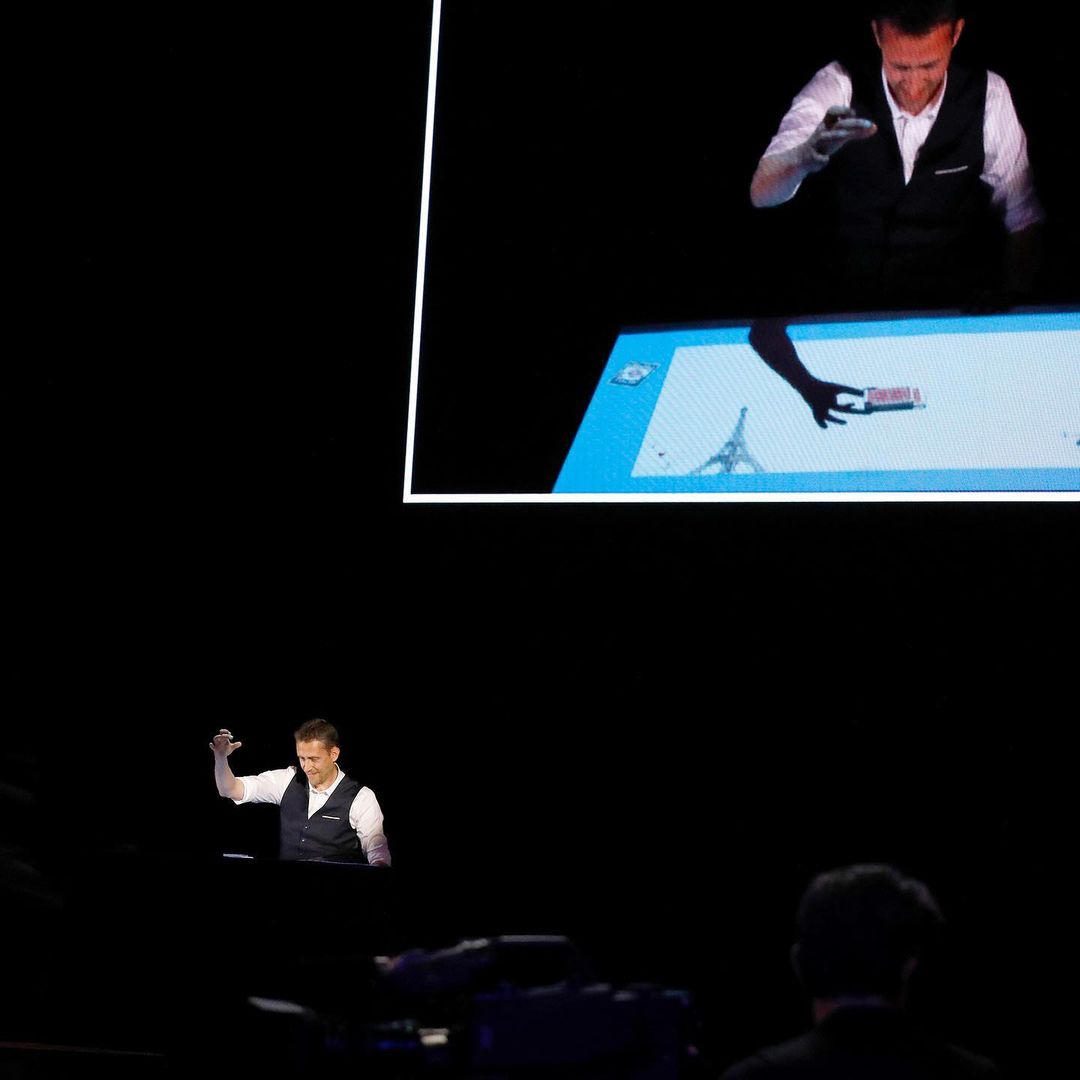 Ribs was able to use the digital screen that was present on the table as a tool to support his magic and actual items. He put together the modern magic techniques and the classic magic skills for his jaw-droppingly beautiful audition.

In a mini clip, released by the makers of the show in the initial days, the judges and viewers seemed to love his audition. During episode 5 of America’s Got Talent, Nicolas’ daughter Emma played the role of his translator. She told the judges and viewers of the show that her father decided to leave his job as an audiologist at the age of 20 to pursue his passion to become a magician.

When did Nicolas begin doing magic?

As per Nicolas’ website, he suffered a sports accident at the young age of 16 due to which he wasn’t even able to move for a while. That was the point when that spark entered the life of Ribs and he thought of becoming a magician. 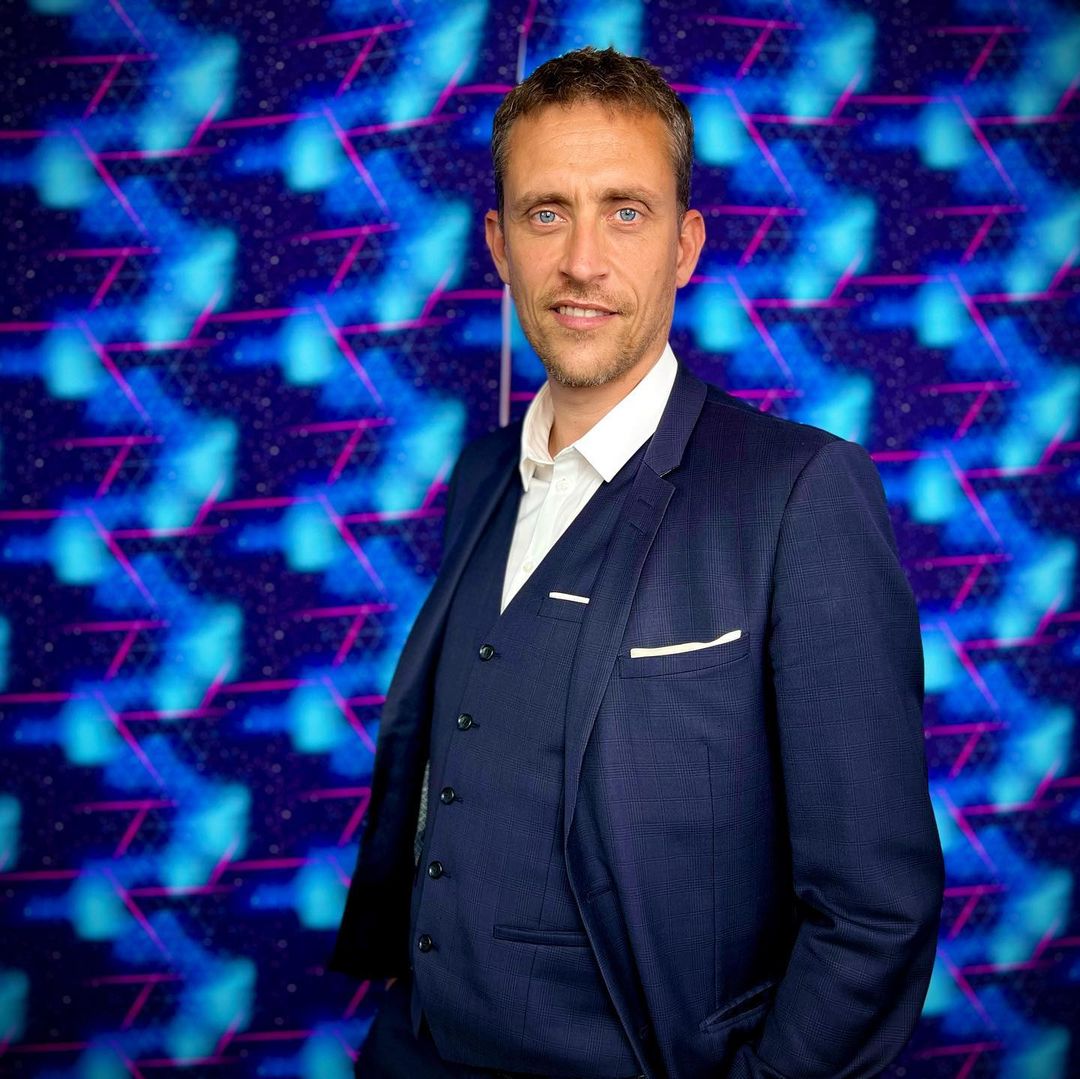 Ribs got introduced to the world of magic during his rehabilitation sessions, and by the age of 20, he made up his mind and quit his job as an audiologist to become a magician. From there on, he didn’t look back and began focusing on enhancing his magic skills.

For his audition on the reality show, the magician sent a couple of 2D images across the screen and then he made them appear in front of the people. The act consisted of various tools including balls, card decks, the Eiffel Tower, and the Statue of Liberty. This kind of magic changes the things seen on the flat screen into real-life items.

The answer to the above question is a big yes. Like most contestants of the show, Nicolas also has a profile on the social media platform Instagram. As of now, he has 70 posts on his Instagram feed and he has a fanbase of 5.3k followers. We are pretty sure the number of his followers is going to skyrocket in the times to come.

Ribs’ Instagram bio contains the name of all the reality shows that he has participated in such as La France Incroyable Talent, America’s Got Talent, and Diversion. We must say Nicolas’ magic is mesmerizing. 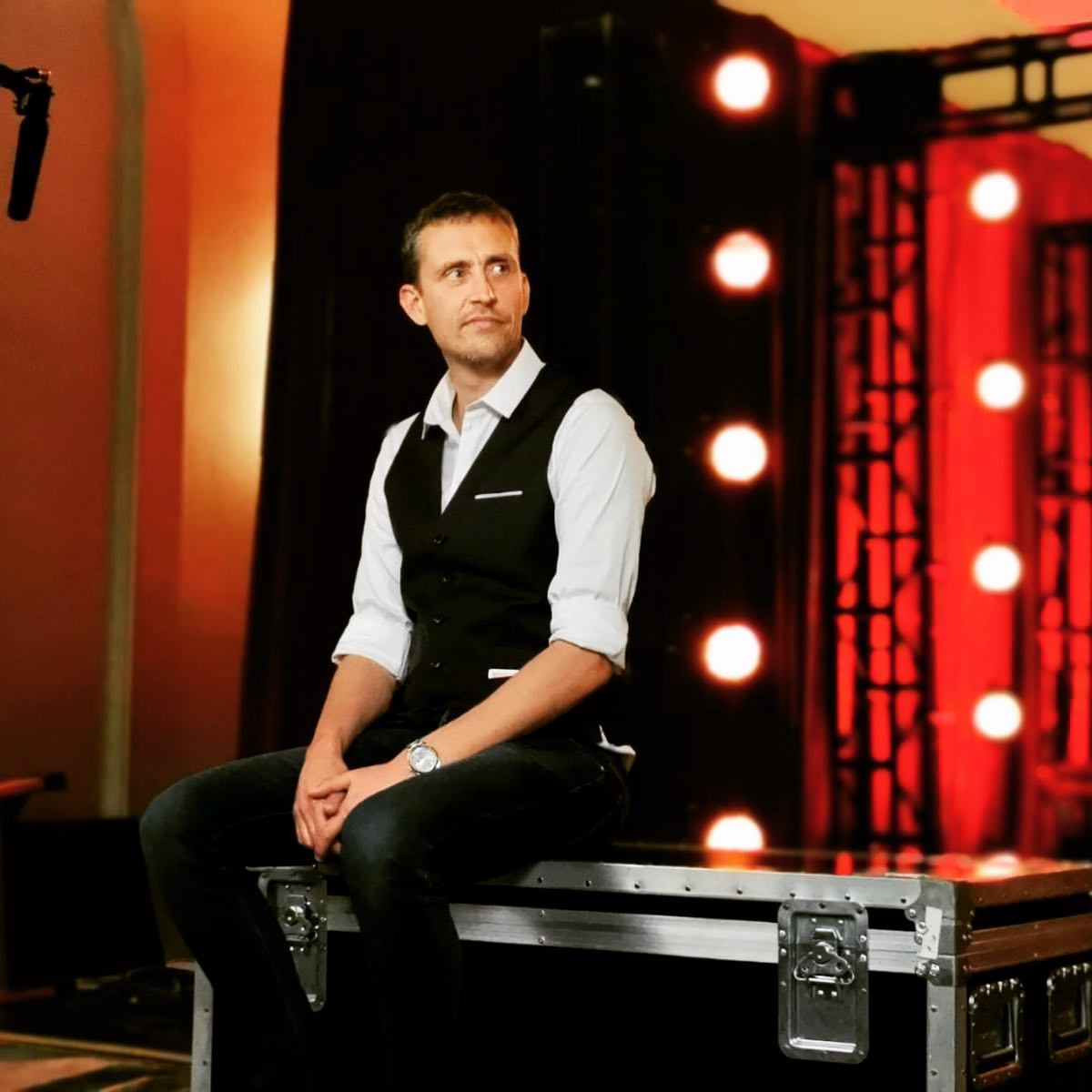 When we scrolled through the Instagram feed of Nicolas, we found many clips of the magician from his audition on America’s Got Talent, a couple of selfies of him performing on the stage, and many snaps of him from his trips all over the world.

How did the fans react to Nicolas’ audition on ‘America’s  Got Talent’?

One user wrote, “Nicolas Ribs is definitely an impeccable sleight-of-hand magician! What a great way to kick off the show! #AGT” meanwhile another user tweeted, “Wow! One of the most original magic acts I’ve seen in a while. @AGT” Over the last couple of years, the viewers of the show America’s Got Talent have seen many magicians but no one has blown away the judges as Nicolas Ribs did. So far in this season, a few contestants including Madison Baez, Avery Dixon, Sara James, and Mayyas have already won the golden buzzer from the judges.

Who is your favorite contestant in America’s Got Talent? Kindly let us know in the comments section below. Don’t forget to stay tuned with us for the latest updates from the world of showbiz.