Who is Kosha Dillz? Jewish Rapper Claps Back at Kanye West With a Diss Track

Rami Matan Even-Esh, popularly known as Kosha Dillz dropped the song Death Con 3 on October 21, 2022, Friday. Due to Kanye West’s incendiary social media posts in the last few weeks, he has been removed from the micro-blogging site Twitter. In addition to this, his Instagram account has also been restricted. Continue reading further to learn what Kosha had to say about Kanye West. Kosha starts the diss track by saying he would drop some anti-Semitism bars and explicitly mentioned Ye in the song. He raps in the song, “Bro, I’m focused. Jesus walked to Sunday Service, you in denial like Moses? Please disguise ya racist ‘cause ya ex is f**king funny dudes by fire places.”

The lyrics also talked about a moment from the Hulu’s show The Kardashians where the former Keeping Up With The Kardashians star Kim Kardashian spilled the beans on getting intimate with her ex-boyfriend Pete Davidson.

Soon afterward, Dillz put some light on the Drink Champs podcast where Ye appeared recently, and the whole thing led to another controversy. Kosha rapped, “Drink Champs, don’t let him say s**t. Ralph don’t f**k with or with with style. Burn a pair of Yeezys, see the shoes of Birkenau. You’re a blind billionaire, and I see the b**ch in you.”

Here’s everything you need to know about Kosha Dillz

For those of you who are unaware, let us tell you, Kosha Dillz is a famous Israeli-American rapper. He was born on August 26, 1981, in Perth Amboy, New Jersey to Israeli immigrant parents. He was brought up in Edison, New Jersey, and back in the day, he used to spend his summers in Kiryat Tiv’on, Israel.

As per various reports, Kosha can rhyme in various languages such as English, Hebrew,  Yiddish, and Spanish. He graduated from Rutgers University, where he was a member of the wrestling team. During his college days, he also studied creative writing, and he stated it helped him to expand and improve his writing skills. At that point, he played the trumpet. At first, Kosha Dillz got to learn more about hip hop at Bar Mitzvah dances, and then, when he heard the “funky beats in the background” of “old school bike videos” he would watch with his brother. He grew up listening to Nas, Notorious B.I.G., Wu Tang Clan, Rancid,  Green Day, Metallica, Pantera, and “music in Hebrew.”

Kosha Dillz started rapping at the age of 17

Yeah, you read that right. Kosha Dillz began rapping at the young age of 17. In his early days, he even took part in the freestyle rap scene in the year 1999. Then, he was heavily involved with the freestyle battle rap scene at New York City’s Nuyorican Poets Café. At that time, the other participants were as follows: Mos Def, Immortal Technique, and C-Rayz Walz. 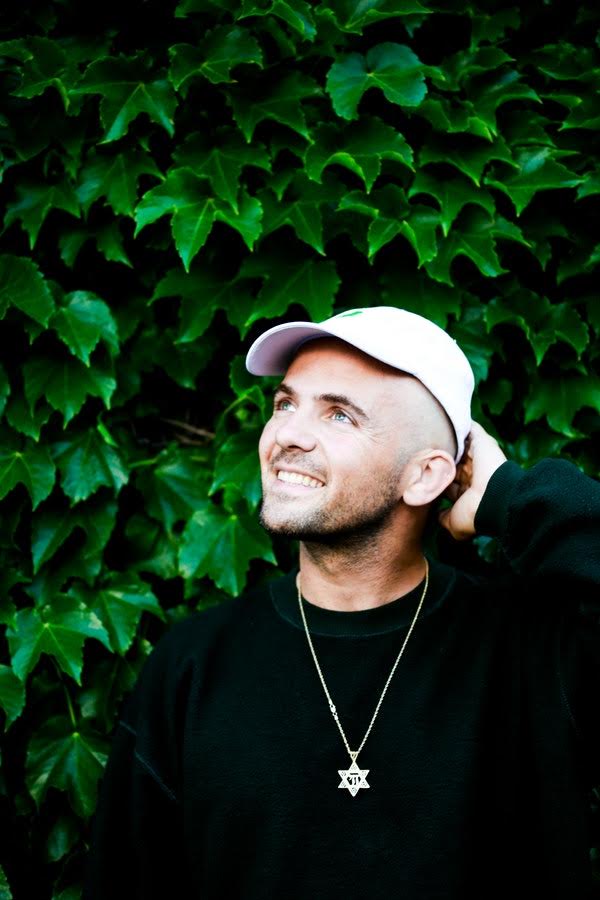 At first, Rami went by the name of Kosher Dill. In a media interaction, he talked about his stage name and said, “I was Jewish and I wanted something cool.” Soon afterward, he changed his name to KD Flow when he was in the battle scene because he was “ashamed” of his MC name’s Jewish association.

Kosha’s first 12-inch, Chainsaw Music, saw the light of the day in the year 2005. Next year, he was featured on the song Childhood from the album The Dropping by C-Rayz Walz. After a while, C-Rayz even approached Kosha for a collaboration. The duo dropped an album named Freestyle vs. Written. Their album received good feedback from the audience as well as critics. Dillz put out his first solo LP Beverly Dillz, recorded in Beverly Hills with local producer Belief in the year 2009. After a while, he began working on a documentary Kosha Dillz Is Everywhere, which revolved around his life as an Israeli-American Jewish hip-hop artist.

Then, Kosha played a character in the basketball video game NBA 2K11 alongside Drop It Like It’s Hot hitmaker Snoop Dogg and In My Feelings rapper Drake. Along with this, his single Cellular Phone was featured in a Bud Light commercial that made its debut at the Super Bowl XLVI in 2012.

2013 saw the release of Kosha’s second solo album, Awkward In a Good Way. His second album was released on Murs’ label, Murs 316. When we talk about Kosha’s third album, What I Do All Way And Pickle, it came out in July 2016. It was able to reach spot no. 15 on the Billboard Heatseekers Albums chart, number 42 on the Billboard Top R&B/Hip-Hop Albums, and number 50 on the Billboard Independent Albums chart.

In March of 2020, Dillz teamed up with EDM artist Kaskade for a song named Sexy. Then, he released his another album titled Nobody Cares Except You in October 2020. The album which consisted of 14 tracks was crowdfunded by Kickstarter.

Later on, in October 2021, Kosha performed alongside Fat Joe at the New York Knicks Game during a Nor’easter in New York City. The video of the pair’s performance went viral on social media.

To date, Dillz has toured and performed with many artists including Ghostface Killah, Snoop Dogg, Matisyahu, Cage the Elephant, C-Rayz Walz, Yak Ballz, and Aesop Rock. He is influenced by Wu Tang Clan, Mobb Deep, and jazz artists such as Herb Alpert.

Have you heard Kosha Dillz’s diss track about Kanye West? Kindly let us know your thoughts in the comments section below. Don’t forget to stay tuned with us for the latest updates from the world of showbiz.