The actress Vanessa Hudgens has just bought a new home!

According to recent reports, the 33 years old actress has become the owner of a lavish $7.5 million estate in the trendy Studio City area of Los Angeles. It has a total area of 7,249 square feet.

With a distance view of the San Fernando Valley, the home includes five bedrooms, five bathrooms, and a gorgeous infinity pool with a view of the surrounding hills. 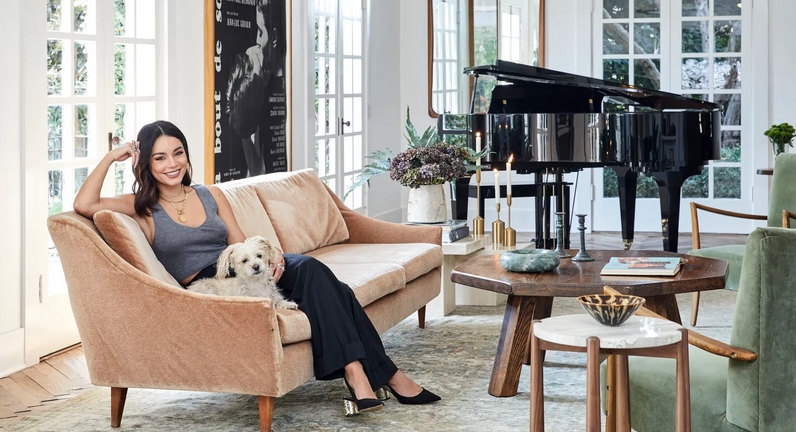 A stylishly renovated Los Feliz home belonging to her was sold in March to Ronan Farrow and Jon Lovett. Currently, Vanessa Hudgens is working on her next project in the interior design industry. According to a report, the actress has purchased a 7,249-square-foot mansion in Studio City, California.

It’s a five-bedroom, five-bathroom home next door to the first property that Hudgens bought when she was freshly in the spotlight after High School Musical in 2008.

In a modern farmhouse style, the star’s 1963-built abode, remodelled this year to reflect her love of the outdoors, cost her $7.5 million.

Here’s A Peek At Her New Dream Home

It was built in 1963, but a complete reconstruction occurred on the property earlier this year. There will be no shortage of milky white colours inside this recently trendy modern farmhouse-style structure, keeping with Hudgens’ new residential project, which boasts charcoal paint outside and charcoal paint inside. 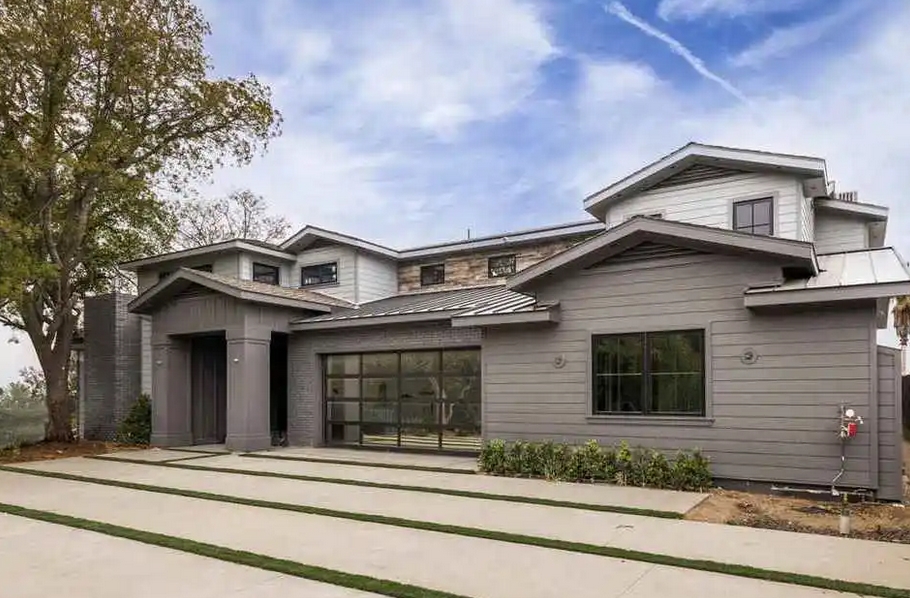 The entire property of this gorgeous house is protected by towering fences, gates, and a state-of-the-art security system, as the property is located in a tiny and secluded cul-de-sac. A flat motor court in the back of the house can accommodate six or more cars, and multiple skylights and foldaway glass doors fill all the rooms with plenty of natural light from numerous skylights. 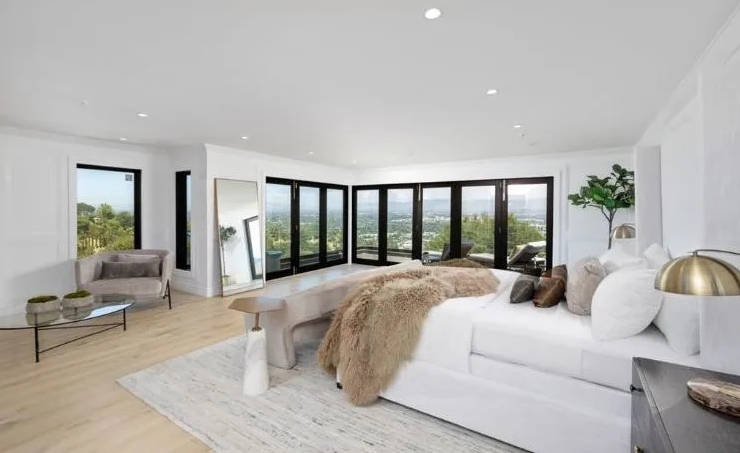 An open floor plan on the main level blends together the property’s public areas, while a central staircase with Vegas-style LED track lighting will surely impress guests during their stay. The living and family rooms open to patios and grassy terraces. Outside is a barbecue area, ample space for entertaining al fresco, and an outdoor courtyard for private functions. 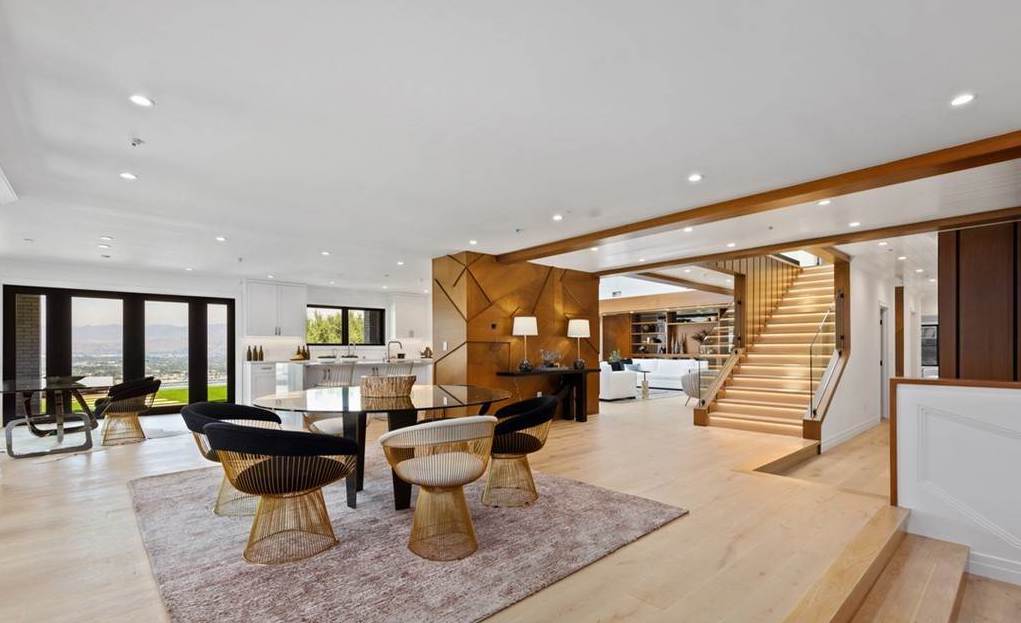 An upstairs hallway connects the various bedrooms of the family with a loft-like second family room that wraps tightly around the central hallway. The vast primary suite consists of glass walls, a sitting area, an ensuite dressing room with custom cabinetry, a spa-style bathroom with a glass shower, a freestanding soaking tub, and a spacious bathroom with dual sinks and a glass shower. 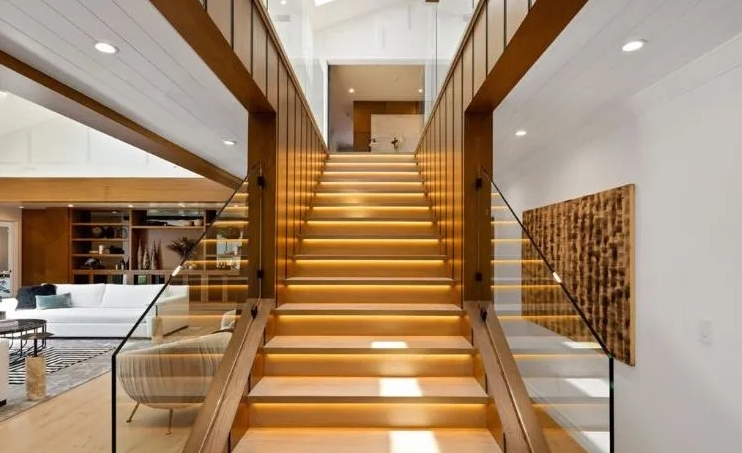 A Little Bit About Vanessa Hudgens

In addition to her acting career, Vanessa Hudgens is also a singer, born on December 14, 1988. As soon as Hudgens made his first feature film in Thirteen (2003), she became a household name when she played Gabriella Montez in the musical film series High School (2006-2008). 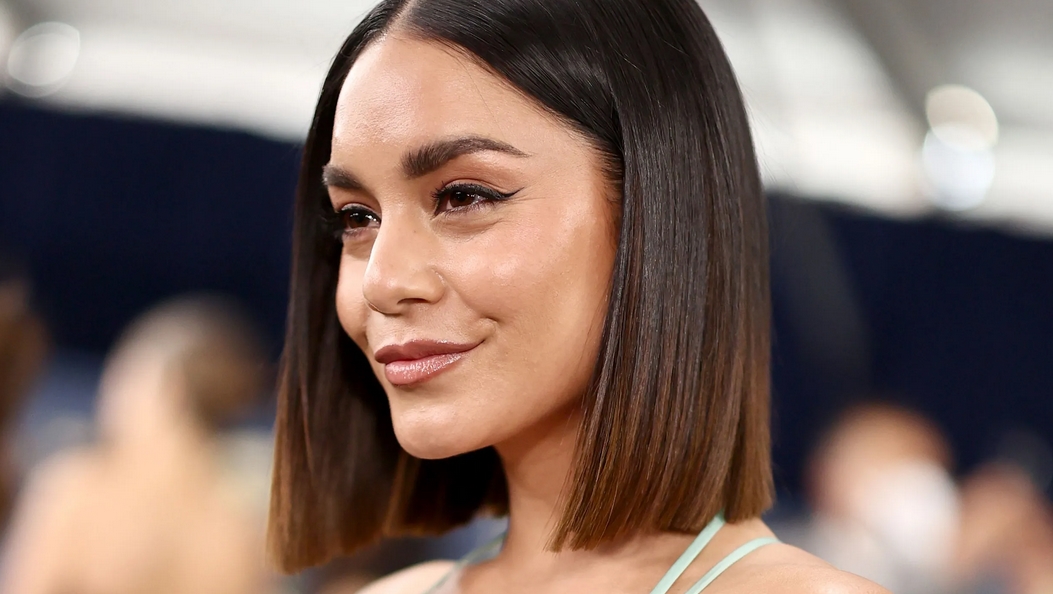 This earned her significant recognition among the general public as a leading actor. Hollywood Records gave her a recording contract due to the first film’s success, and she released two studio albums with this label, V (2006) and Identified (2008).

There is no doubt that the house she bought is like a dream home for her. I am curious to know what you think of the interiors of her new house. What do you think of them?