Top 10 Best Anime Of All Time

Anime has gained a lot of popularity in the past few years. Watching anime was rather uncommon before. But nowadays, it’s nearly impossible to find anyone who hasn’t heard watched or at least heard of the title of any anime series. 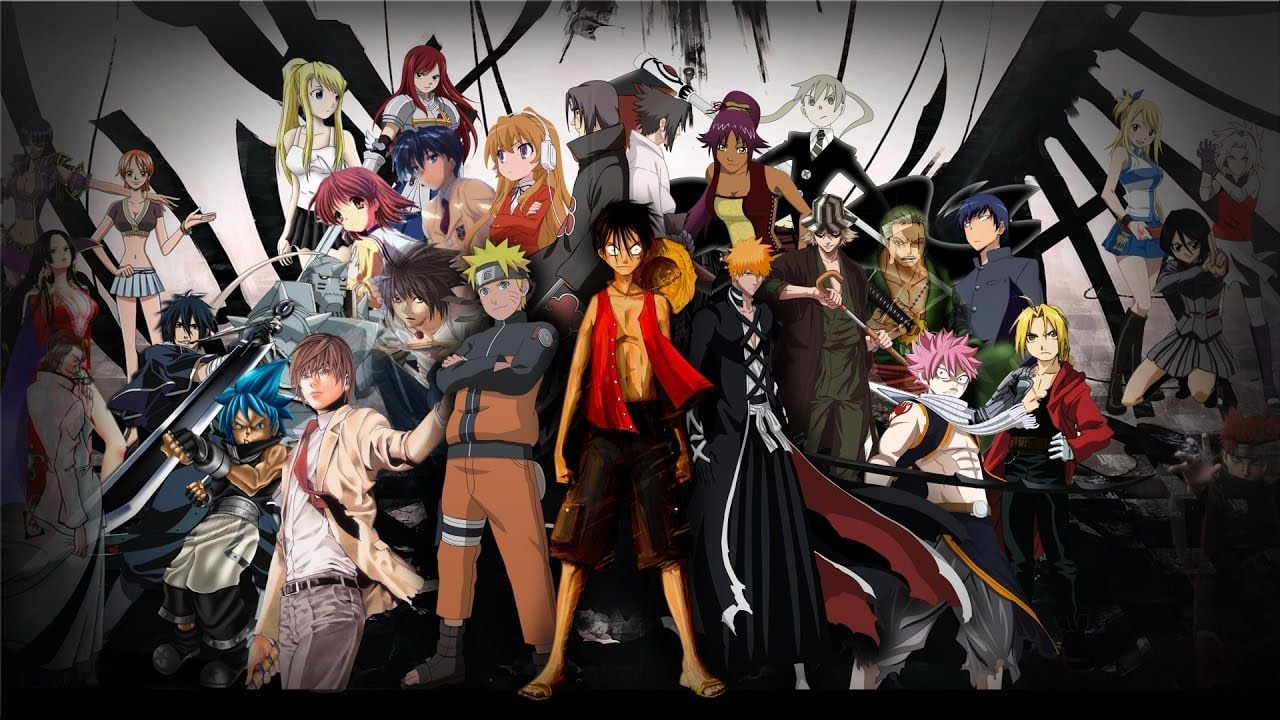 Here is a list of the top 10 anime of all time:

This famous series takes place in a world where Alchemy is commonly practiced. Alchemy is the science of decomposing and reconstructing physical matter. When two brothers Edward and Alphonse Elric try to resurrect their dead mother, even with divine intervention they don’t stop. Things go horribly wrong. Alchemy can repair broken things and change the properties of matter but it operates on one principle, one cannot take things without giving anything in exchange for the same value. This causes a big accident and both the brothers go through heavy physical damage.

Edward loses his limbs while his younger brother loses his whole body and only his soul remains in the mortal world. However, Edward was able to bind his brother’s soul in an armored suit. The show follows the story of the Elric brothers getting their whole bodies back with the help of the Philosopher’s stone.

Hajime Isayama’s Attack on titan has been a fan favorite. The anime adaptation has become a global phenomenon ever since it premiered its first episode. The story takes place in a world where humanity is on the brink of extinction. The last of humanity lives inside the walled cities to protect themselves from man-eating monsters, Titans. 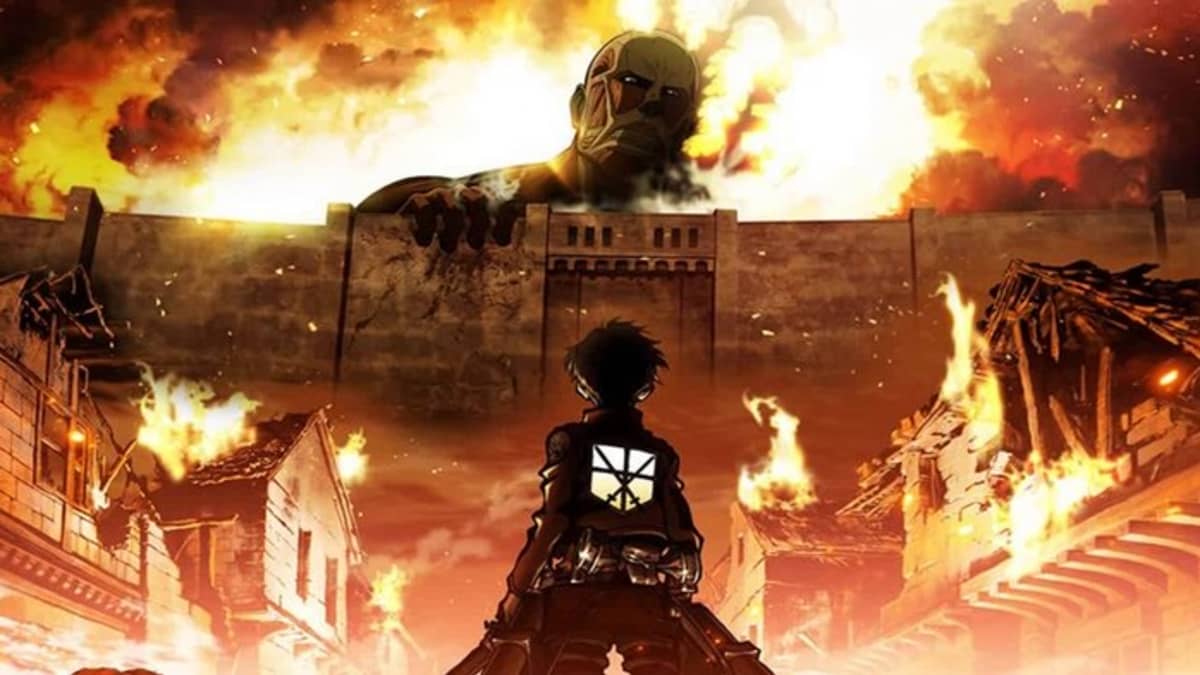 After a few hundred years the wall is breached and titans attack humans living there. The story states the life of a boy named Eren Yeager, who sees his mother being eaten by a titan and swears revenge on them. Furthermore, when he grows up he joins the survey corps (the military core that moves outside the walls).

But there is more to the story, which is something nobody could have imagined. Attack On Titan is coming out with its last installment in 2023. The perfect character development and gory titans make this series a must-watch.

The record-breaking anime Demon Slayer has become an internet sensation since it first premiered in 2019. This anime has taken animation to a whole different level. Every episode is incredibly impressive with amazing battle scenes. Demon slayer is set in the Taisho era, where demons exist and hunt humans. 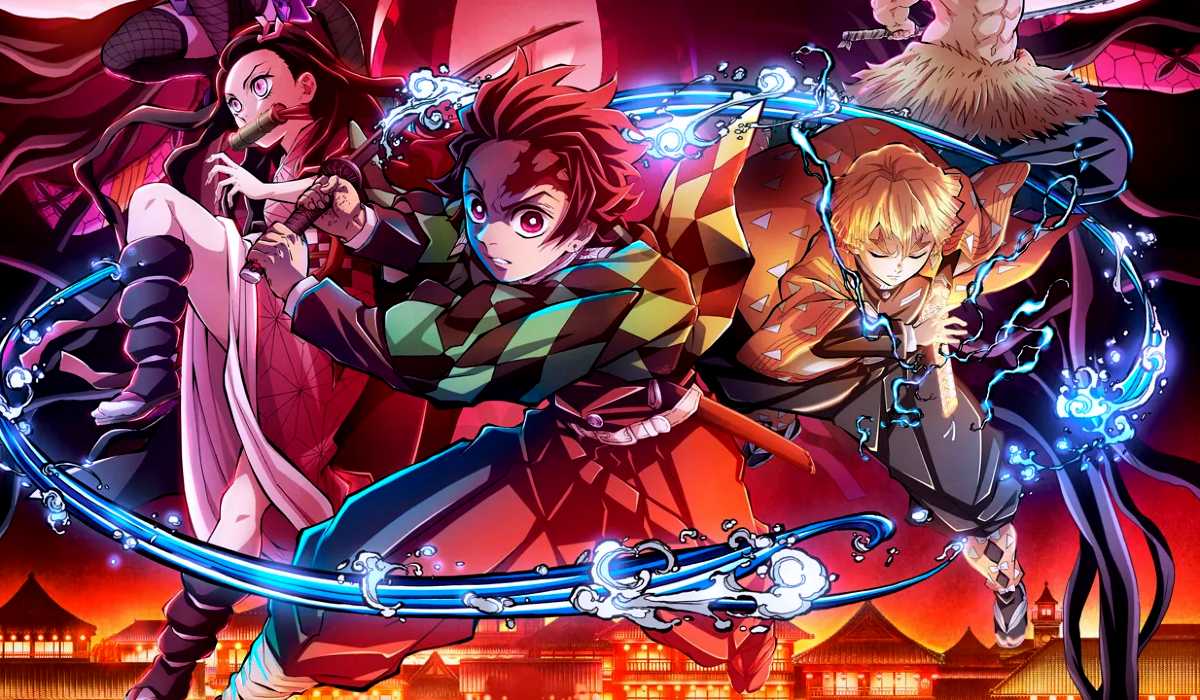 It is a story about a boy named Tanjiro kamado whose whole family is slaughtered by demons when he goes out for work. However, only his kind-hearted sister survives the attack, though she turned into a demon. He then decides to join the Demon Slayer corps in order to help his sister and avenge his family.

The series has really well-written characters, and the back stories of demons have been captured very nicely. Smooth animation and music make this series a must-watch.

Cowboy Bebop first aired in 1998 and is one of the most popular anime in Japan and Western countries. The series has a very futuristic plot. Set in 2071, humanity has taken over the galaxy. Amid the rising crime rate, the inter-solar system police set up a legalized bounty-hunting business to chase criminals. The series shows two bounty hunters Spike Spiegel, an exiled hitman, and Jet Black, a former ex-ISSP officer. The hunters travel from planet to planet on their spaceship, Bebop. The show is as popular now as it was 20 years back.

The exploration of adult themes and one heck of a soundtrack makes this series a top-notch anime. Cowboy Bebop was also adopted by Netflix but failed to impress fans as nothing can match the original.

Death Note is a classic manga and anime written by Tsugumi Ohba. The series follows the story of a High school student Light Yagami, who discovers a book that kills people. If a name is written in the book, the person dies in the same way as written in the book. 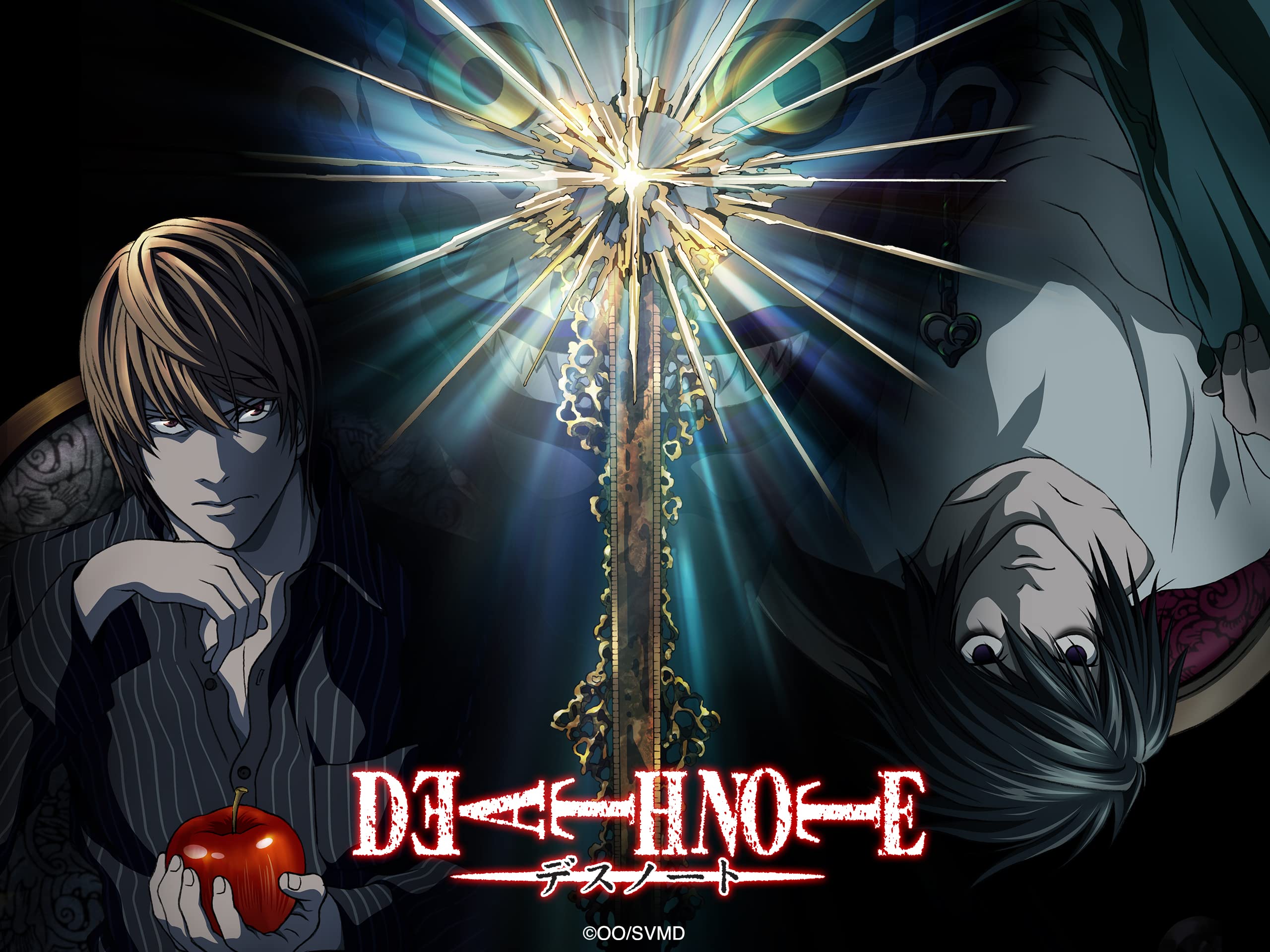 The owner of the book is a Shinigami named Ryuk who always stays at his side. The only condition of a Death Note is that the holder of the book should know the full name and appearance of the person whose name is written in it.

Light starts killing criminals left and right. Police hire a brilliant detective L to find the mass murderer. The series becomes a game of cat and mouse. It is so exciting to watch this mouse chase. The manga is so brilliantly written that the audience is always guessing what comes next.

The anime is about three friends who accidentally discover time travel. The protagonist Rintarp Okabe runs a Gadget factory with his friends Mayuri and Itaru, where they conduct experiments with various gadgets. 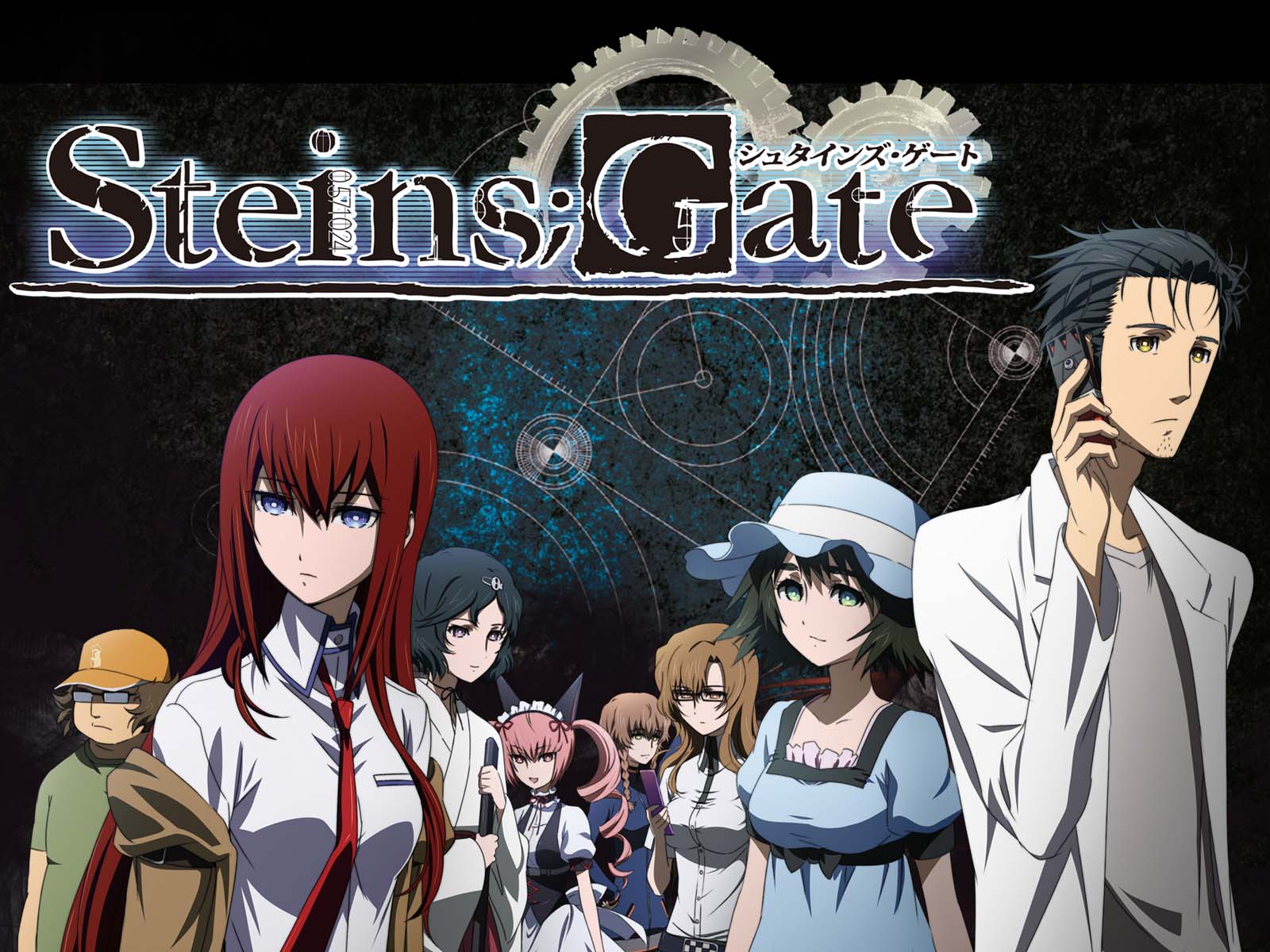 The trio loves their work but it doesn’t seem to get them anywhere. At the beginning of the story, they are supposedly working on a microwave powered by a cell phone. That is when they discover time travel. The gadget can send a text back in time and they can stop accidents from happening.

This is how the story goes, it is full of funny and intense moments to keep you captured with the story. Steins; Gate was a huge success when it was released in 2011 and still is highly ranked in the must-watch anime list.

Eiichiro Oda’s magnum Opus, One piece is the longest-running anime on TV. The series has over 1000 episodes. But that hasn’t stopped fans from indulging in this well-written series. 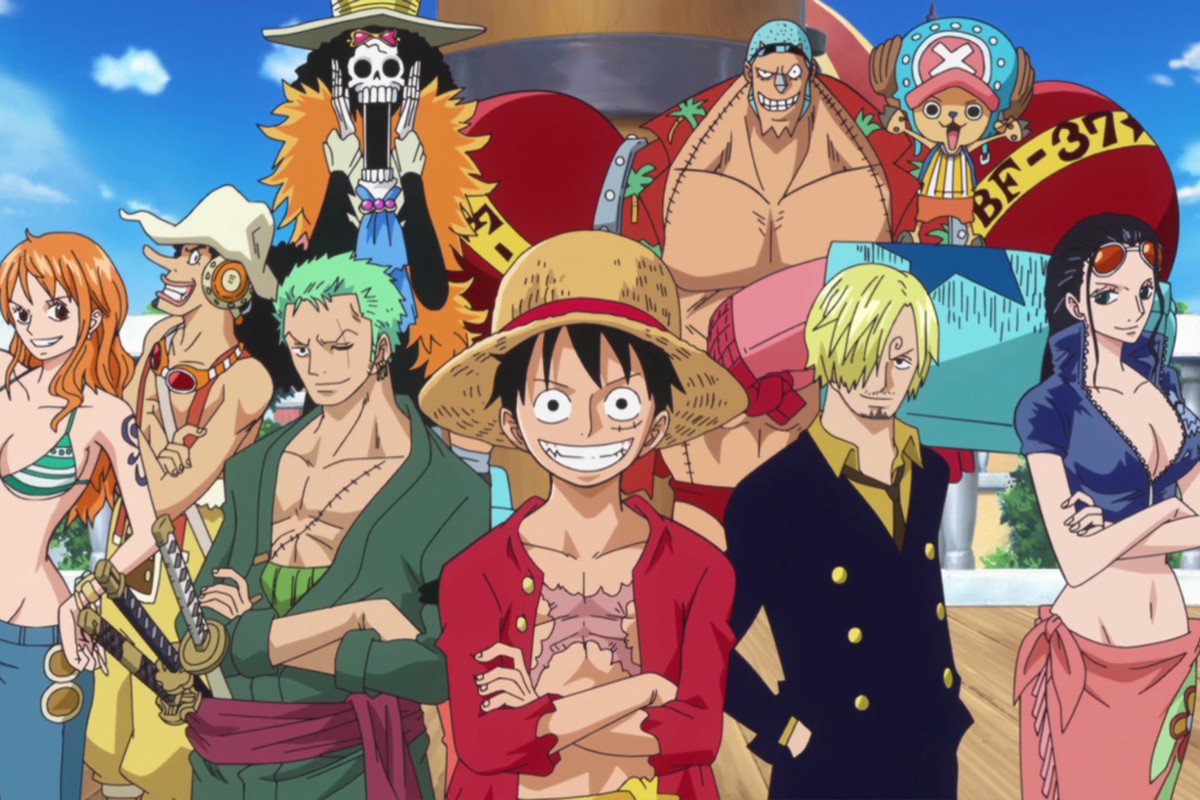 The protagonist of the series Luffy is not your typical pirate, but someone who believes that nobody’s dreams are impossible to achieve. Luffy wants to be a pirate king and leads a squad of pirates, The Straw Hats.

He accidentally ate a special fruit that has given his body properties like elasticity. The foreshadowing in the show is very well planned, and fans are always in awe when they find the answers to mysteries. The anime has handled the pirate theme with such a degree of nuance.

Hunter x Hunter has been a fan favorite for ages. The series shows the life of a young boy who wants to find his father, Ging. His only clue is that his father is a world-class hunter.

Gon leaves his home to take a difficult and deadly exam in the hope to get more clues about Ging. Gon meets his best friend Killua during this exam. Killua comes from a family of contract killers and wants to do something else with his life.

The emotional highs and lows in the series are captured so beautifully. Hunter x Hunter anime has been on a long break due to the manga going on a hiatus. The series got a reboot of the original anime in 2011. The original anime aired in 1999.

Naruto is one of the “Big Three” of anime, the show has enjoyed long-time popularity among fans of this genre. This is the second installment of Naruto. The show continues where the first part left off. Naruto comes back with Jiraiya after two years of training. 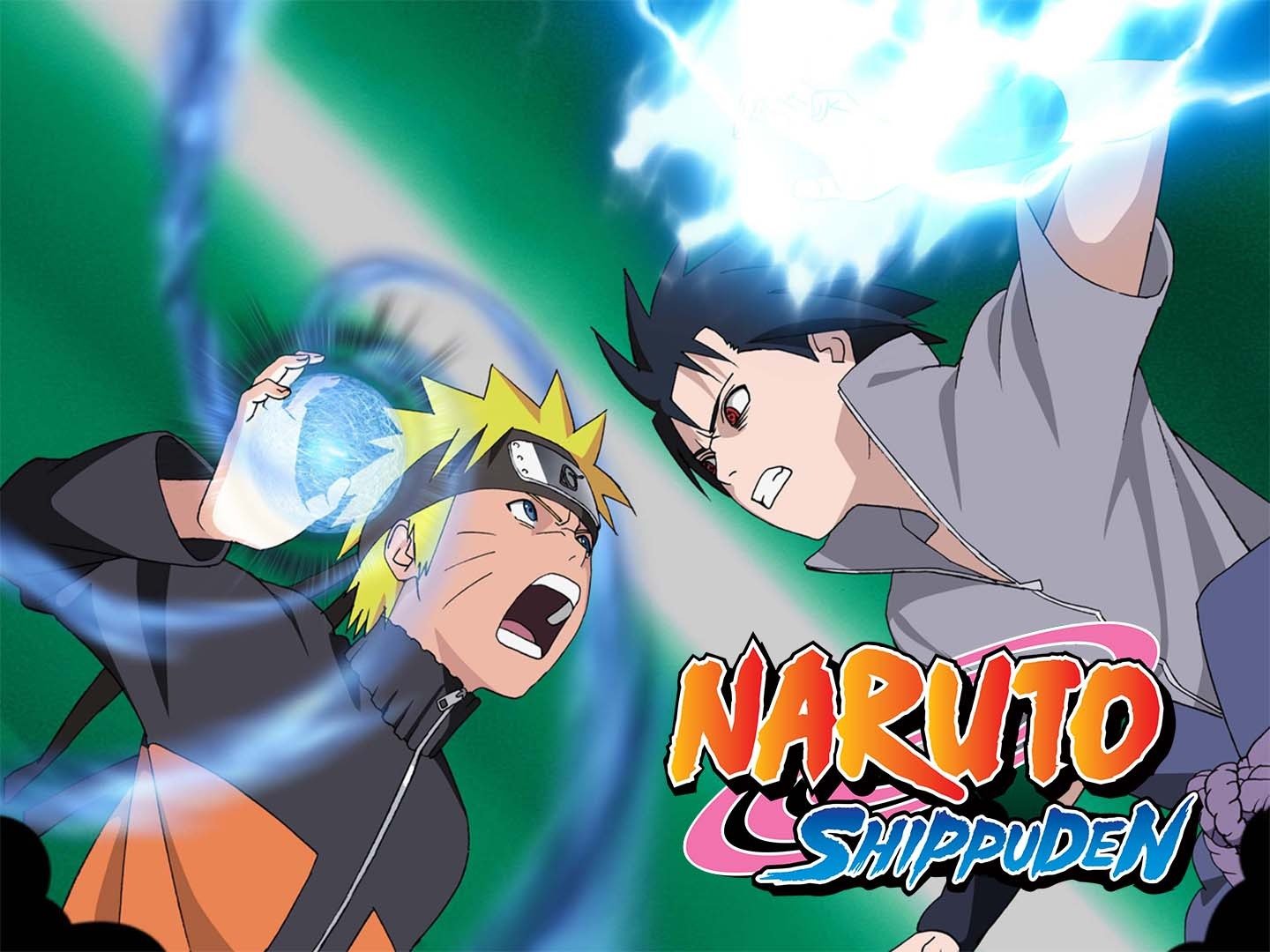 The series has introduced some world-class villains. The emotional scenes are very moving and the anime moves on a more serious tone. The third great ninja war carries on for over 300 episodes and every episode is a must-watch.

The series is known for its hilarious fillers but that didn’t stop loyal fans from following the series. Naruto has some very memorable characters. Furthermore, it is the biggest shounen anime of its time.

The protagonist Saitama is the strongest superhero ever. He can defeat his foes with only One Punch. Saitama is a GOAT. He trained so hard that he lost all his hair. The series is well-balanced with comedy and action. 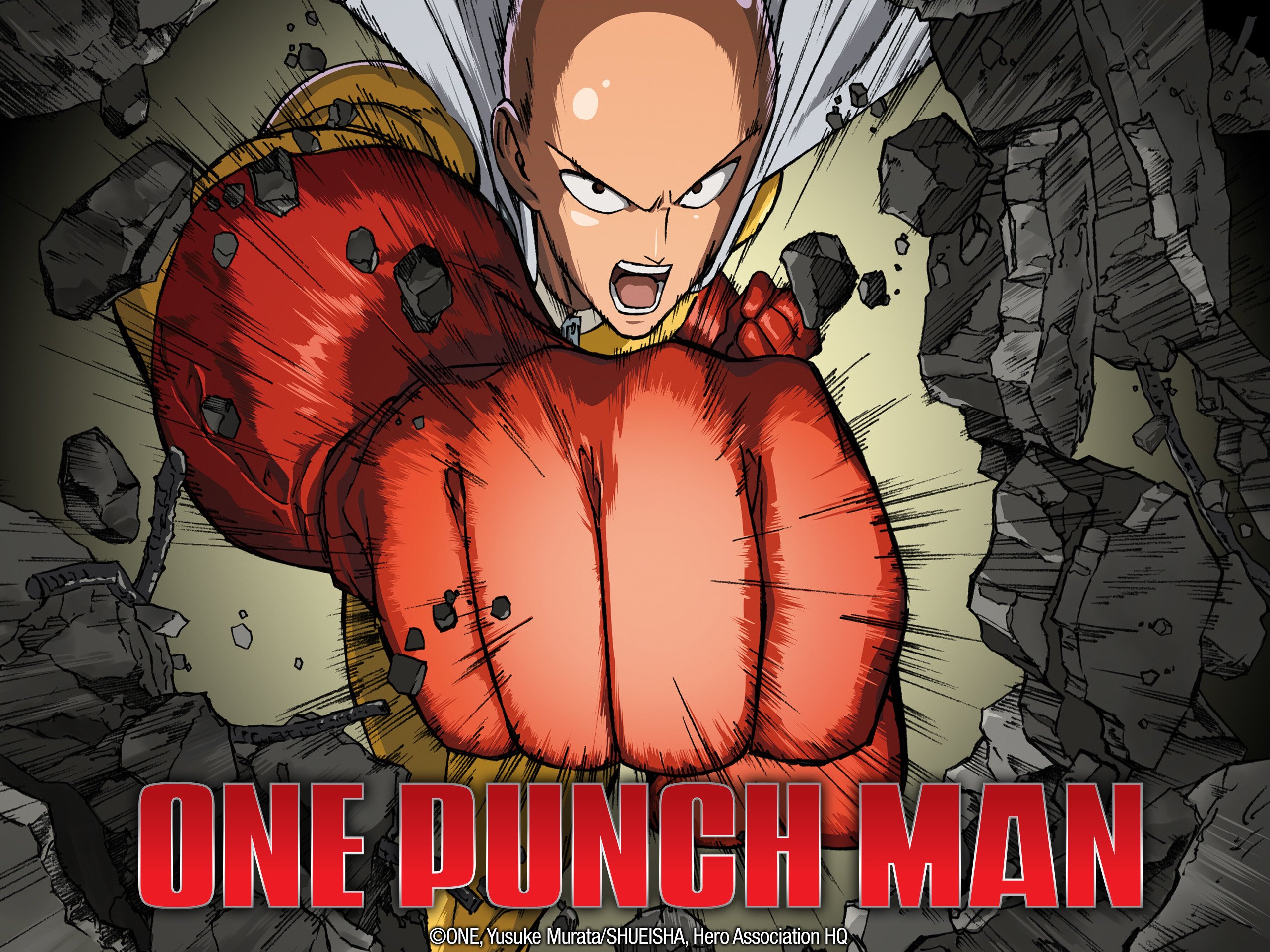 The battles are intense and Saitama wins them all as he is so powerful that anybody who stands against him is no match for his Punch. Saitama and Genos make a great teacher-student relationship.

Saitama has been fighting crime for a long time but nobody knows him, only Genos knows what a true legend Saitama is. He worked as a convenience store clerk and read a lot of manga. If you are looking to watch a different show with action and comedy then this is the show for you.

These are a few of the Anime that has been fan favorite for a long time. Every year the mangakas and animators are doing better and better but for now, these are our picks for the top 10 anime of all time.