‘The View’ Hosts Appear as TV Heroines for 2022 Halloween Show

There is no doubt that the hosts of ‘The View’ are always known for being all out when it comes to celebrating Halloween. This year was no exception, and they did not disappoint. 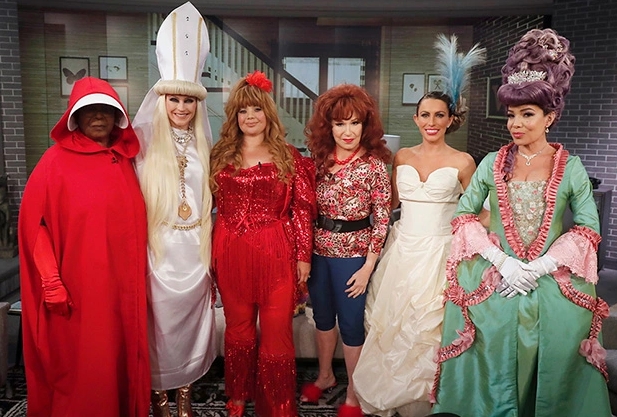 A pair of excellent costumes paying tribute to some of the greatest shows of all time were worn by the ladies of ‘The View.’ These costumes were worn as part of their Halloween celebrations. On The View’s morning show, the women aren’t afraid of the topic of frightening “Hot Topics” every day while preparing for and celebrating Halloween in the most memorable way they know how.

They coordinated as characters on classic TV shows, including Sex And The City, Schitt’s Creek, Married With Children, and more. This includes Whoopi Goldberg, Joy Behar, Sunny Hostin, Sara Haines, Alyssa Farah Griffin, and Ana Navarro, all participating as characters on those shows. During the spooky season celebration, all the women looked gorgeous dressed up as they dressed up for the occasion.

They opened their show by performing a sketch based on 1960s sitcoms. In this sketch, all the women arrive at Joy’s house as they are leaving for dinner, and hijinks ensue. Watching the Twilight Zone, they are glued to watch Whoopi playing Rod Sterling as he appears on the show.

According to Rod Sterling, the women will all be dressed in TV character costumes for Halloween, which will take place on Monday, October 31. If you’ve ever grown up watching old-fashioned TV shows, the black-and-white sketch will be nostalgic for you.

The sketch was followed by the women featured in the shows’ openings from which the characters were lifted. This was posted directly to the show’s Twitter account shortly after the sketch.

In her costume, Whoopi portrayed a woman from Gilead in Handmaid’s Tale. Before entering the set, her classic red robe proclaimed a powerful message in favor of abortion.” My body, my morals, my life, my choice. Not yours,” it read. 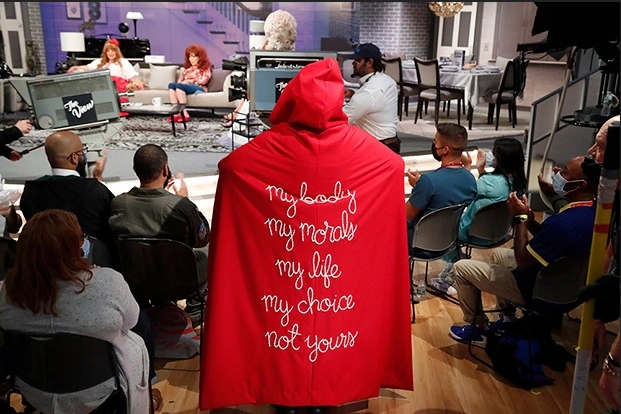 Alyssa’s first Halloween celebrated one of her favorite movies, Sex And The City, featuring Sarah Jessica Parker as Carrie Bradshaw. Her pink dress and curly blonde wig stunned me. “When Sex and the City first aired, I sneaked into my best friend’s house and watched it,” she said. “I was always a Carrie. I wanted to be her: the style, the fashion, the whole thing.” The show showed her in Carrie’s wedding dress. 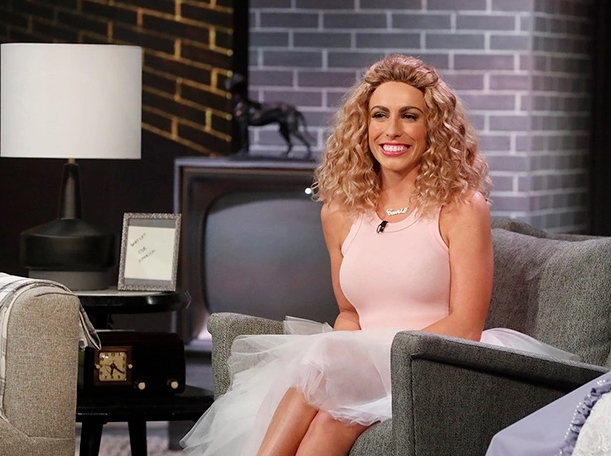 A large wig and an elegant gown adorned Sunny’s appearance. Golda Rosheuvel even sent her a video message to pay homage to Queen Charlotte, who Bridgerton was modeled after. “I love Bridgerton. I love the Duke especially and the Queen’s character. She’s based on a historically-accurate figure, Queen Charlotte, who was biracial, and I just thought, what better way to pay homage to that Queen than to try to duplicate it?” she said. Sunny presented different royal looks during the show. 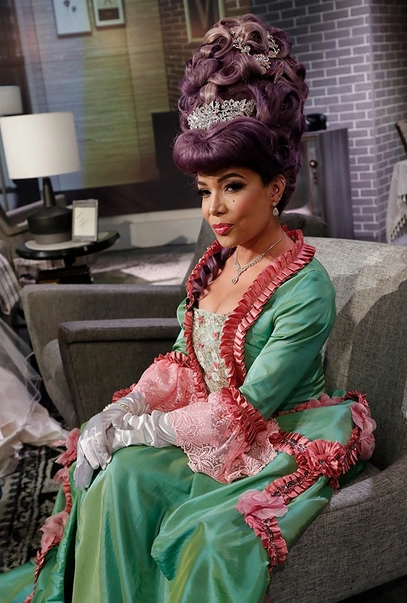 Sara dressed as Moira Rose, Catherine O’Hara’s character on the show. She wore a leather catsuit and a black wig. She vowed not to use the accent the entire show but acknowledged being a vast audience member. “Catherine O’Hara is a comedy genius,” she said. Sara also changed her outfits, inspired by Moira.

Joy appeared in a sitcom from the 1970s, Married With Children. The costume included a big wig, leggings, and a pink top, among other things, which she said made her want to wear it. “I like the wig. She also was opinionated and outspoken. She was brutally honest. She spoke her mind. I admire that in any woman,” said the woman.

The character Ana wore was Charo, who sang The Love Boat’s theme song. As a young girl, she cited this show as inspiration as far as she was concerned as she was growing up, but she was interrupted by Charo herself! She said a little immigrant girl comes here and sees a Hispanic woman on TV with an accent. 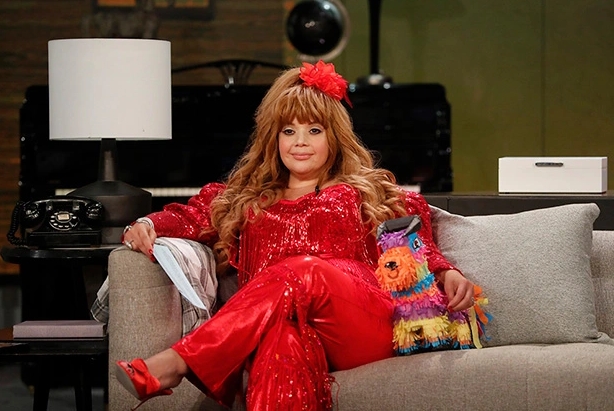 Women were less cohesive the year before, with a theme of strong women. It was a unique opportunity to see each co-host’s personality as they chose their costumes. How do you feel about their looks in the show? Let me know what you think. Let us know what you think by sharing your views with us.