The new season of Umbrella Academy which means a new soundtrack.

The Umbrella Academy isn’t like other superhero shows. Although most of the main characters possess supernatural abilities, they’re less crusading heroes and more like a dysfunctional family.

Season one is decent as it acts as a base where the backstory is told and all the characters are introduced along with their superpowers. But Season 2 is an absolute riot [entertaining to its core] we don’t want to say much about the plot because we might end up revealing spoilers. 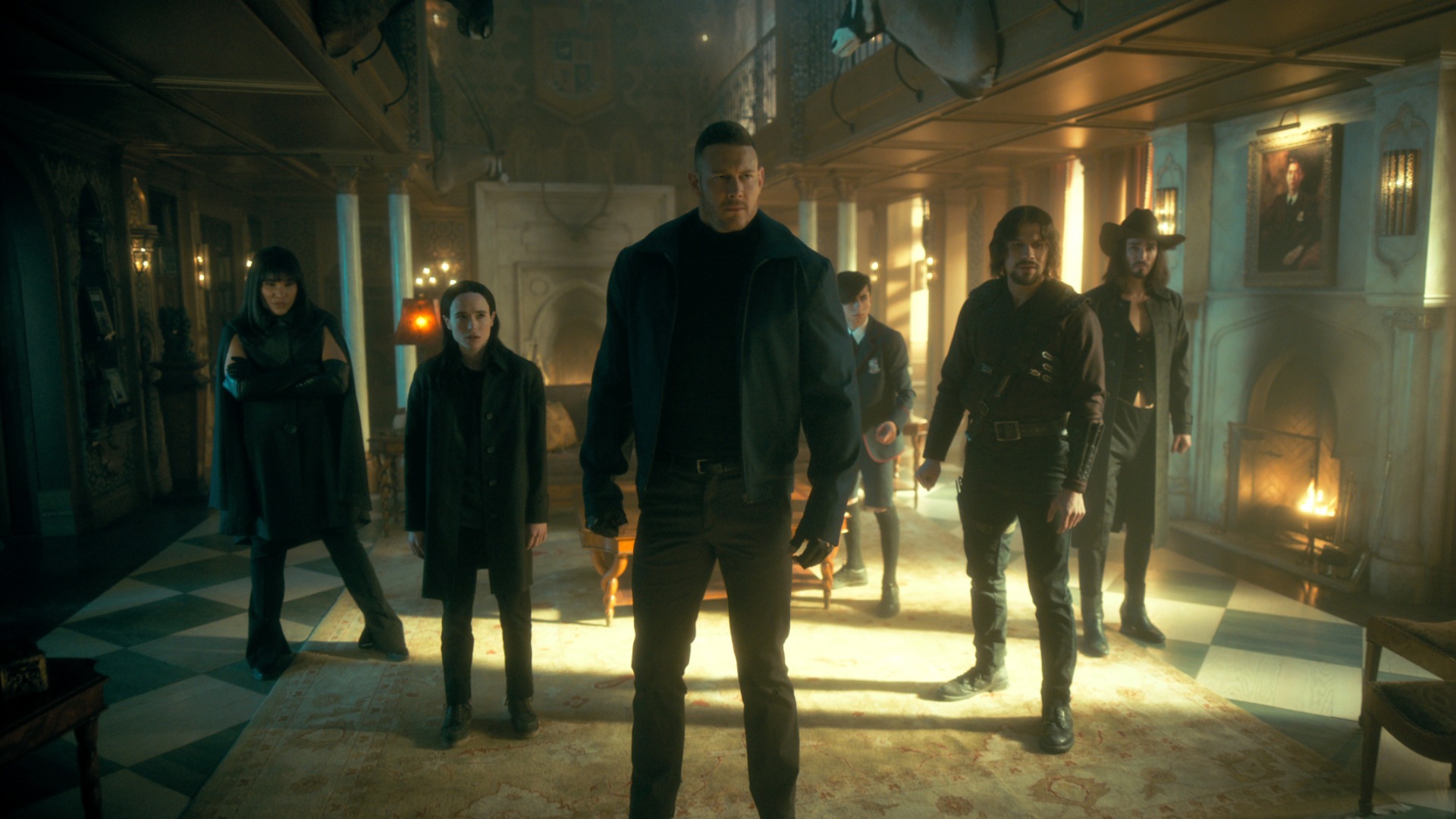 And season 3 was way better as it picked up directly where we left off in season 2. The songs of the show are a classic gift from God 100%, and it really has that amazing feel going on in its cinematic style.

Given that you already know the soundtracks for seasons one and two, it’s possible that you are unaware of season 3. Because of this, we’ve compiled a list of the songs that were played during season 3.

Let us warn you now that your Spotify playlist will be very lengthy due to a large number of songs this season. 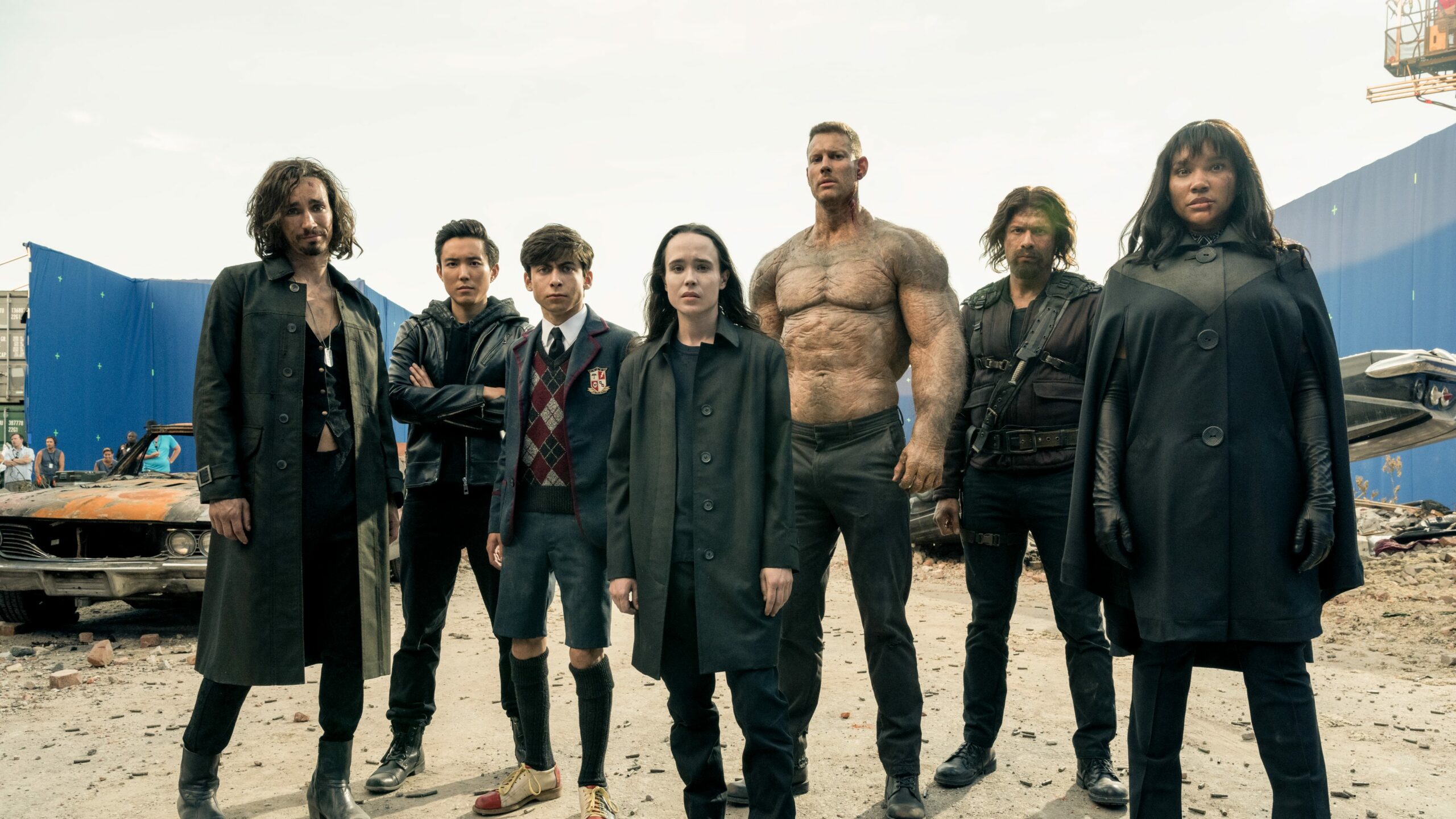 Let’s explore the soundtrack of the amazing season.

Tom Holland’s appreciation of this song increased its popularity. Fans didn’t regret finding this song, and we must admit that his pick for it was truly stunning.

It’s impossible to be in a bad mood after listening to Footloose. Such an underrated movie, along with the movie itself this music is a pure piece of art.

3. No More Heroes By The Stranglers

The Stranglers were one of the most unique and original music groups in history. If not the most original.

4. The Passenger By Iggy Pop

The slowness, the fatigue, the late hours, the resistance, the stubborn optimism, the rebellion, the trip thru hell, and yet seeing the beauty around. This song speaks to one’s soul in so many ways.

Put this tune in a time capsule, and send it out to space whoever grabs it, is sure to groove no doubt.

This song is one of the best-known Italian songs in the world, including ‘Sole Mio’ and ‘Volare’.

It’s really touching and poignant to hear Steve Winwood and his daughter singing together. Her voice pierces fans’ souls. And in the chorus, his vocals are slightly louder, almost cradling hers.

8. Do You Believe in Magic By The Lovin’ Spoonful

It’s hard listening to this song without flashes of TF2 characters screaming. Whether it’s the memes, the nostalgia, or the song itself, the magic is in the smile that forms on your face after hearing this.

9. The Lady In Red By Chris de Burgh

This is one of those rare songs where the entire package just fits. De Burgh sings beautifully here of that there is no doubt. But the session musicians backing him are arguably better, as it was the sound mixer.

10. House Of The Rising Sun By The Animals and Jeremy Renner

When he puts that grunting sound at the beginning of words is so good. Jeremy Renner’s music is different and pure; that’s what we like about it.

11. Crystalised By The Xx

This just doesn’t get old, does it? Love every bit of it just the way it was released 13 years ago. This kind of chemistry between bandmates, where you just melt into each other’s every note and beat is something majestic to hear.

This is the music you should listen to when you’re traveling the world. Some songs never require that you decide if it’s good. Two notes and it’s done. This is one of them.

This kind of song should be being pumped nice and loud in the clubs, not the funkiness, mundanely repetitive modern electro and pop music they blast.

This song is as enjoyable as any other, making it the ideal choice for boyfriends to dedicate to their ladies.

Oh yes, the German sense of rhythm is always in the standardized beat, no matter what the reality is. The song is up to date again. You just have to listen to the lyrics well and then everything will hit the mark.

16. Let’s Be Badder By Lucern Raze and Cherry Pickles

The riff is simplistic but entertaining. The words are exactly how a song from the 1970s sounds, and the overall production is classy and on-beat.

Mad respect to anyone who is still listening to this masterpiece. This was the golden era from music quality to video creativity, in the early 2000s every song that came out was a hit and a classic.

Belly knows how to make rap with a distinct sound, make a unique toon and rely on artistic inspiration.

18. Cats In The Cradle By Ugly Kid Joe

Children and fathers both will find this song to be the most moving. One of the rare songs that really touch home is this one, and it hits hard.

The song’s final phrase, “It’s been sure nice talking to you dad,” is one of its most beautiful lines.

19. Another One Bites The Dust By Queen

This song is unbreakable like a diamond. A great time when great musicians like Freddie Mercury, who despite his orientation, never tried to force his friends to like him. Freddie doesn’t need autotune, autotune needs Freddie.

20. What Makes You A Man By The Ninth Wave

One more song that you can’t seem to shake from your brain. After being portrayed in Umbrella Academy’s seventh episode, this masterpiece was revealed to spectators.

21. Total Eclipse of the Heart By Bonnie Tyler

The music begins out gently and softly before becoming stronger, wider, and heavier. There is no denying that Bonnie Tyler has one of the strongest female artist voices.

22. (I’ve Had) The Time of My Life By Bill Medley and Jennifer Warnes

His grit and her clarity complement each other’s voices perfectly. The perfect music to help anyone overcome depression, without a doubt.

23. Teenage Dream By The Rescues

You know that feeling of chills and where your body can’t help but move to the music? This is what you would get after listening to this song.

24. We Could Be Falling in Love By Selectracks

They literally can’t make a bad song, this song perfectly encapsulates what it feels like to be in love.

The Umbrella Academy episode “Wedding at the End of the World,” which was enjoyable and family-friendly, featured this song.

This song would make you want to experience a decade you weren’t even alive. This song makes your heart soar and takes you to a place where the world was younger, and it was always Friday night.

27. Short Change Hero By The Heavy

Imagine being a brand that is still relatively unknown and having one of your songs used in one of the greatest video game intros ever.

28. Say You Love Me By Sherman Myers

Plug on your headsets and sing along with the singer’s voice at the loudest volume if you’re feeling down or about to cry. Wait, shouldn’t be so loud; after hearing this masterpiece, your ears need some TLC.

We’re assuming there must be some songs we missed, so do let us know in the comments section below if there are any. Don’t forget to tell us which Umbrella Academy season’s soundtrack you like as well.