Recently, The Morning Show star Jennifer Aniston called Barbra Streisand ‘her inspiration.’ Read the article further to know what Jen had to say about the I’d Want It To Be You singer. 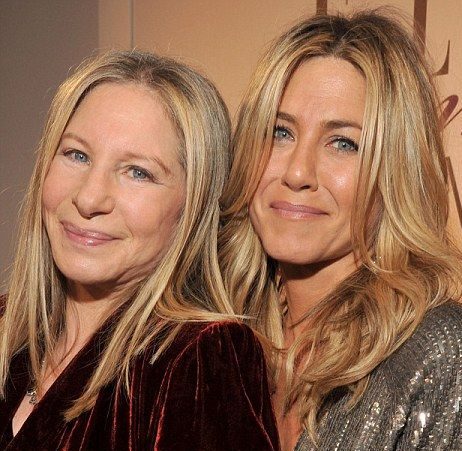 On Monday, the 53-year-old took to her Instagram to wish A Star Is Born actress on the occasion of her 80th birthday. She posted a series of pictures of the legend with a beautiful heartfelt caption.

“Muse, legend, always inspired by the one and only 🤍 Happy @barbrastreisand day 🤩❤️”, she captioned the post.

The Friends alum shared a couple of vintage pictures of Barbra on the social media platform Instagram. She also put up a few shots of herself from one of her shoots that she did in the year 2020. We must say that Jennifer and Barbra have a striking resemblance. 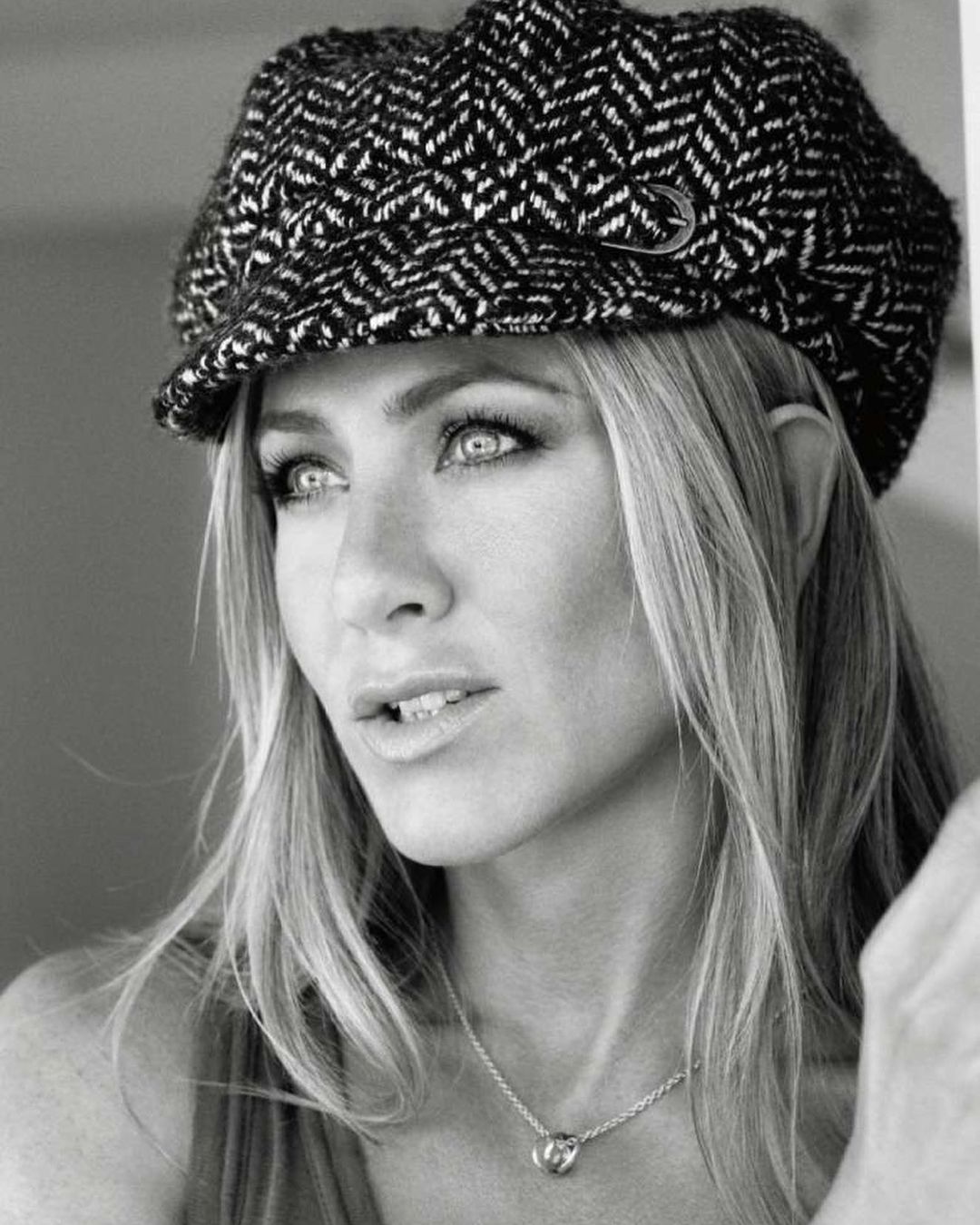 How did the celebs react to Jennifer’s birthday wish to Barbra?

As soon as Jennifer posted multiple pictures of herself and Barbra on Instagram, many celebs stopped by the comments section to express their love for the two of them. 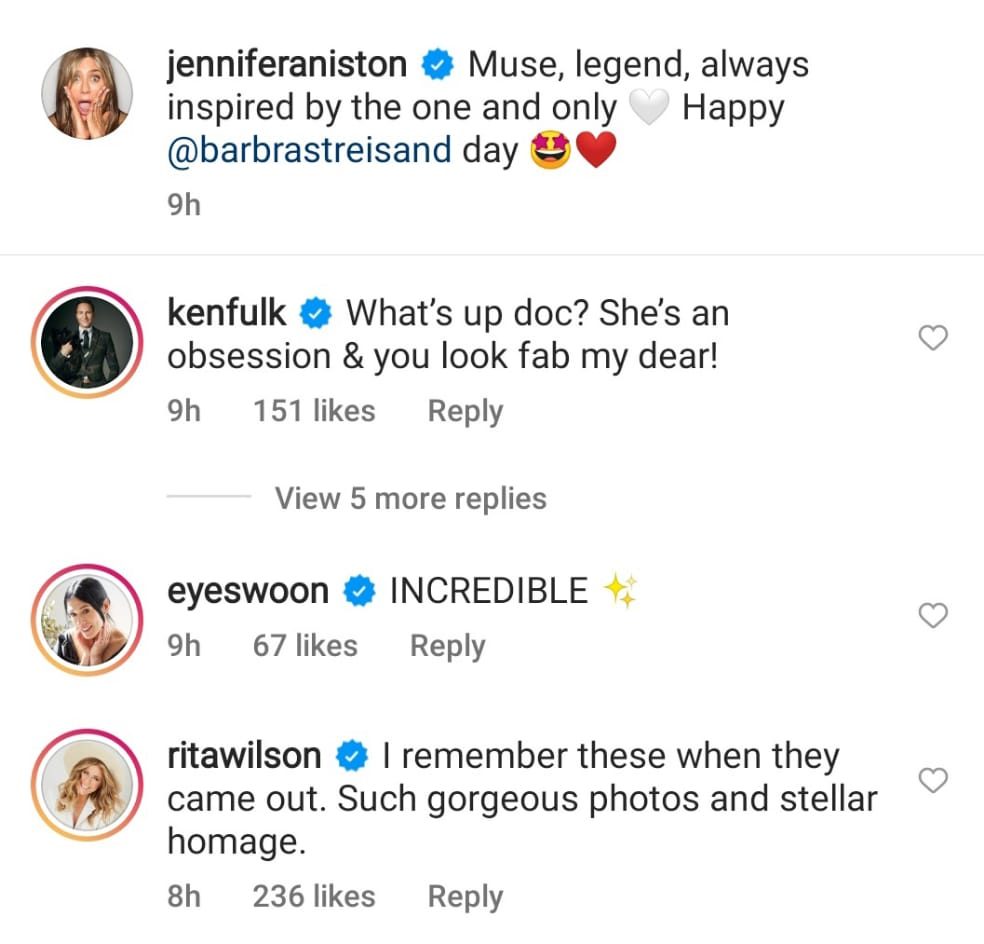 The Sleepless in Seattle actress Rita Wilson wrote, “I remember these when they came out. Such gorgeous photos and stellar homage”, in the comments section of the post.

When did Barbra come into the spotlight?

Streisand was born on April 24, 1942, in Brooklyn, New York City. She is the daughter of Diana Ida (1908–2002) and Emanuel Streisand. Her mom was a soprano while growing up, she gave a thought to pursuing a career in music but later on, she went on to become a school secretary.

Barbra began her career by performing at nightclubs and Broadway theaters in the early 1960s. After that, she made a few television appearances. Soon afterward, she got signed to Columbia Records. She was determined to have full artistic control and was even ready to accept lower pay in exchange, an arrangement that she followed for her whole career. 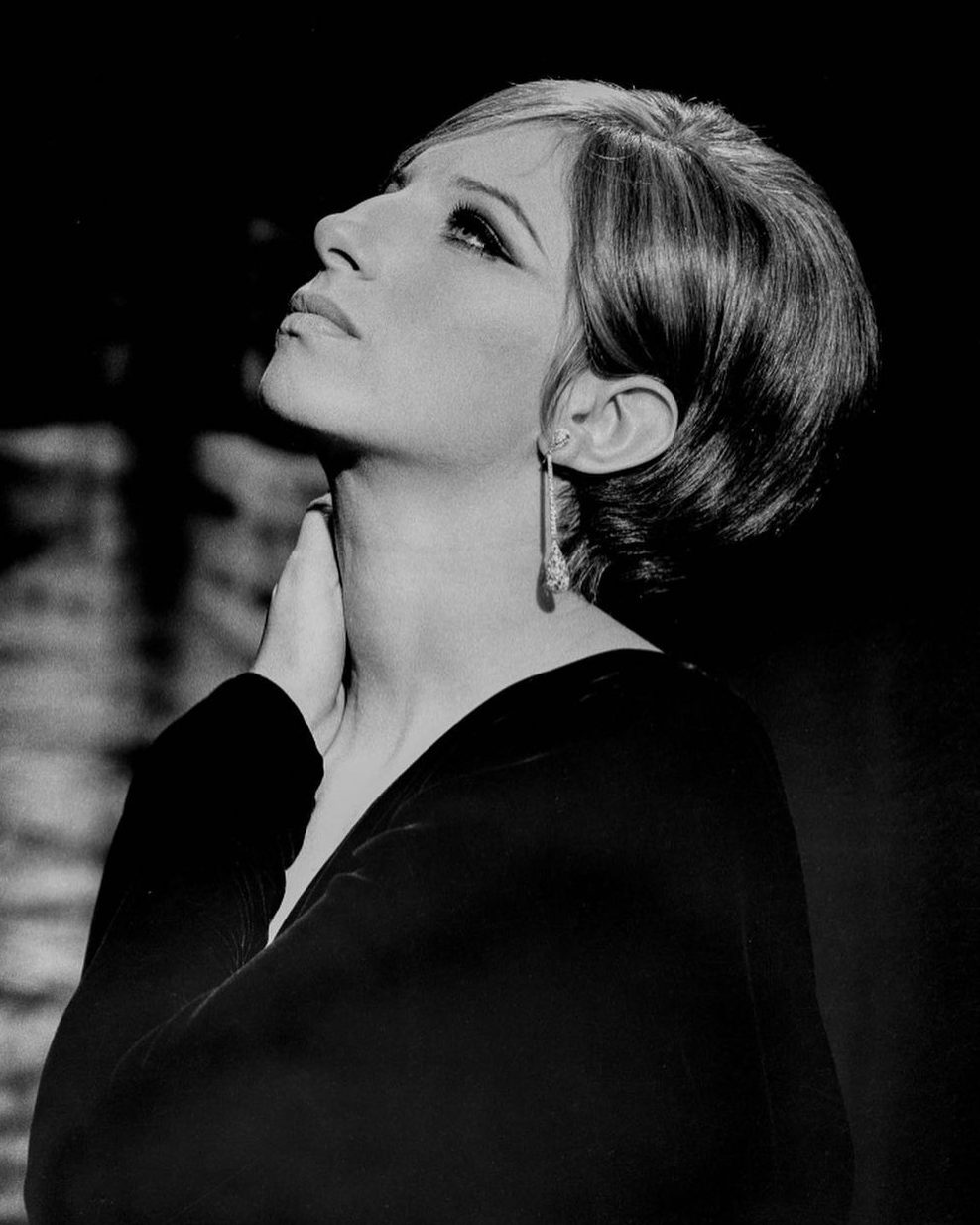 The artist dropped her debut album named The Barbra Streisand Album in the year 1963. Her album was a smashing hit among the audiences as well as critics, it also received the  Grammy Award for Album of the Year.

To date, this powerhouse of talent has released a total of 11 albums including People  (1964), The Way We Were (1974), Guilty (1980), and The Broadway Album (1985). She also hit the milestone of five number-one singles on the US Billboard Hot 100 consisting of The Way We Were, Evergreen, You Don’t Bring Me Flowers, No More Tears (Enough Is Enough), and Woman in Love.

Throughout her career spanning over 60 years now, Barbra has tried her hand at singing, acting, and even directing. To date, she has bagged many big awards including Oscars, Grammys, Emmys, and Golden Globes. Don’t forget to stay tuned with us for the latest updates from the world of showbiz.
Share
Facebook
Twitter
Pinterest
WhatsApp