The Amazing Race Season 34 Cast: List of All Contestants

Prepare to pick your racers because The Amazing Race Season 34 cast list is now here. Let’s meet the Season 34 teams who will be racing around the world for a chance to win a million dollars.

For the first time since The Amazing Race 15, it will highlight twelve teams of two. This season featured stops in Munich, Innsbruck, Bologna, Florence, Jordan [for the first time], Dordogne, Toulouse, Málaga, Ronda, Iceland, and Nashville, Tennessee.

The season’s first leg, termed the 400th leg, will include “a game-changing element.” We also know when the new season will be released. Let’s get started right away. 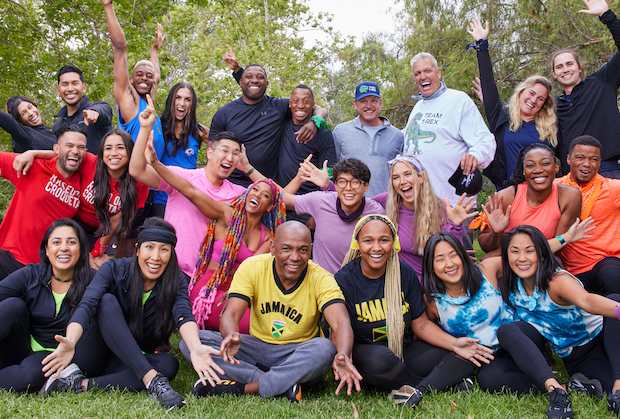 Season 34 of The Amazing Race will premiere on September 21, 2022, following the premiere of Survivor 43.

The show will also embark on a journey to “the ancient city of Petra, in Jordan, where teams will ride a train and experience a scene reminiscent of the 1963 Oscar-winning film Lawrence of Arabia, perform a Jordanian folk dance and learn the Arabic alphabet.”

The cast list has already been revealed, and here’s everything we know about the participants.

Aastha is 33 years old and the Vice President of Operations. Nina, on the other hand, is 34 years old and works as a Director of Business Development. The couple got engaged in Marina Del Ray, California.

They’ve been together for four years. Their engagement ring is a reference to their home, which is extremely exciting. Being on this reality show was Aastha’s dream, and Nina is ready and excited to make it a reality.

They claim to be “mentally threatening.” They’re complex characters with a wide range of backgrounds. 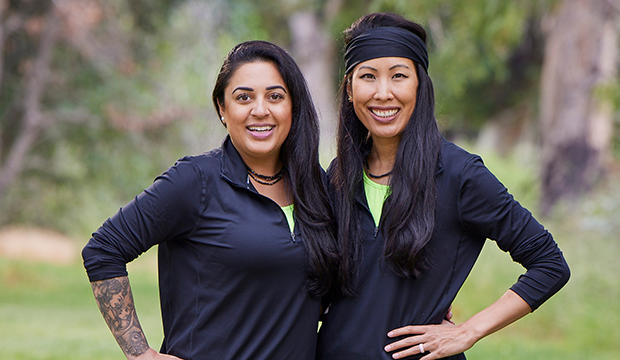 Abby is 24 years old, and Will is 25. They are childhood sweethearts from Birmingham, Alabama. Will is an accountant, and Abby is a data scientist, so they make an excellent team.

The couple has been dating for about 8 years, which is an exceptionally long time. Being on the show is like a dream come true for them.

They’ve been watching this show since they started dating, and they’ve been game-playing every episode with strategy, so they’re a competitive couple. They’ve been best friends since kindergarten and have grown up together. 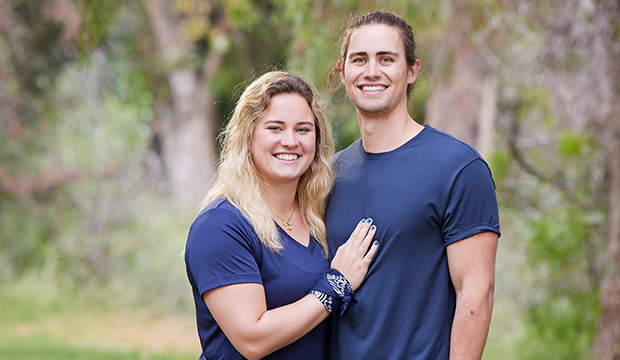 Long story short, Aubrey was the dance instructor and he turned up one day. She caught sight of him out of the corner of her eye and thought he was quite cute. Aubrey invited him to join the dance troupe.

They believe they can ‘overcome’ the tests. They’ve been gushing about each other and how amazing the other person is nonstop. 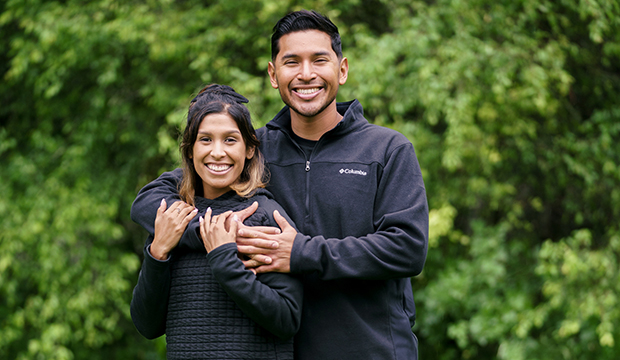 Derek is 24 years old and works as a product manager, while Claire Rehfuss is 25 and works as an AI Engineer. They have a Reality romance from Los Angeles, California. They met on Big Brother and are both well-known in the world of reality television.

This is their first time competing together to win a game. They began dating and eventually moved in together. They both believe they have unique advantages in the game.

Derek gets a green count because he will be able to participate in this amazing reality show with his girlfriend and best friend. 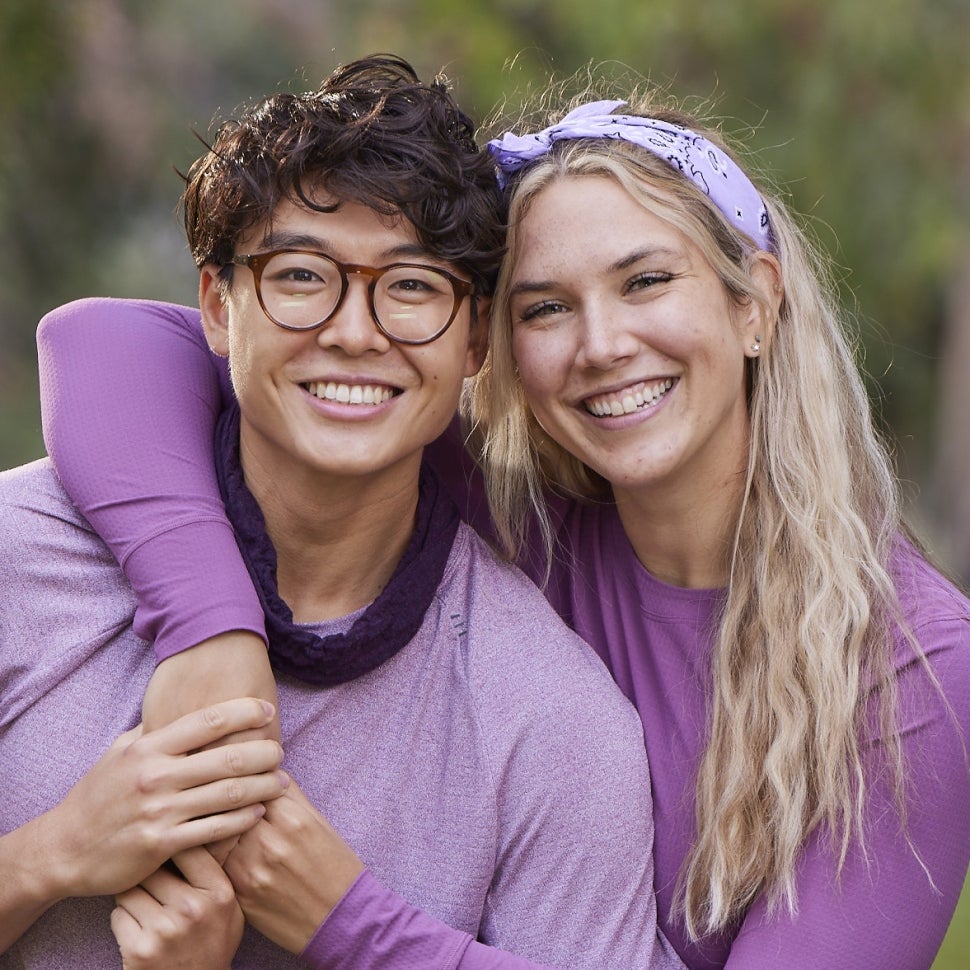 They’re racing in this game with their identical twin sister. They have a different story because they only met a year ago, despite the fact that they are identical sisters. Being on this show allows them to do two things: win the game and get to know each other.

They were adopted from South Korea, and it took a DNA kit to bring them together as adults one year ago. Molly is an athlete who also happens to be a dancer. And Emily is actually a single mom. According to the couple, the show provides a sense of excitement. 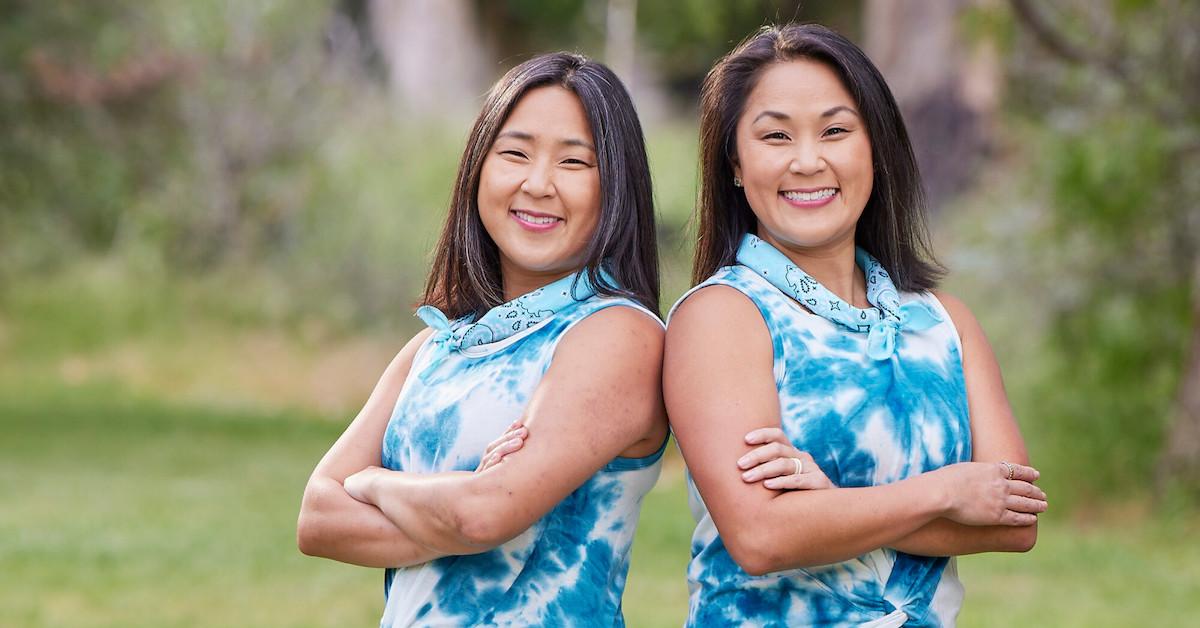 Glenda is a 41-year-old Insurance Underwriter, and Lumumba Roberts is also a 41-year-old Middle School Teacher. They’re a couple from Norcross, Georgia.

They’ve only been married for a year and have only known each other for two and a half years. It’s exciting for them to get to know their soulmate a little better through this game. Glenda is more action-oriented and makes quick decisions, whereas Patrice is more detail-oriented. 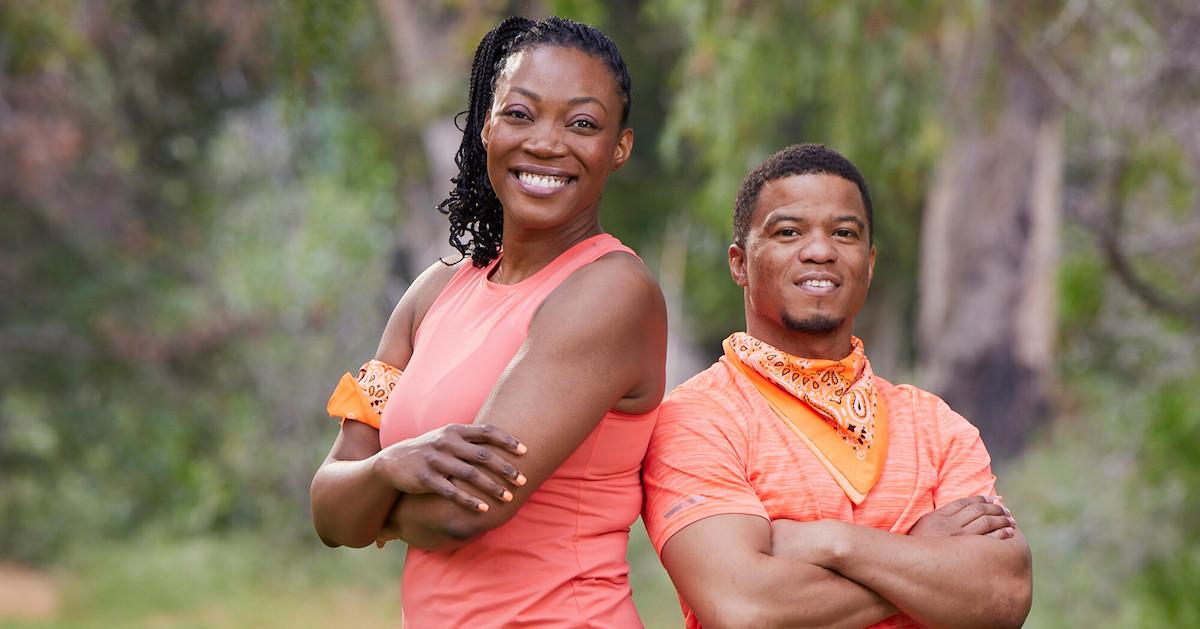 Luis Colon, 34, is a firefighter, and Michelle Burgos, 34, is a professional dancer with the pitbull artist. They are a married couple from Miami, Florida. She is indeed very excited to go on tour with her husband.

It’s a natural evolution in their lives. They have that Latin blood in them. The main goal for the couple is to enjoy their time on the show. They want to enjoy the experience rather than approach it as a challenge. And, hopefully, they bring the money home. 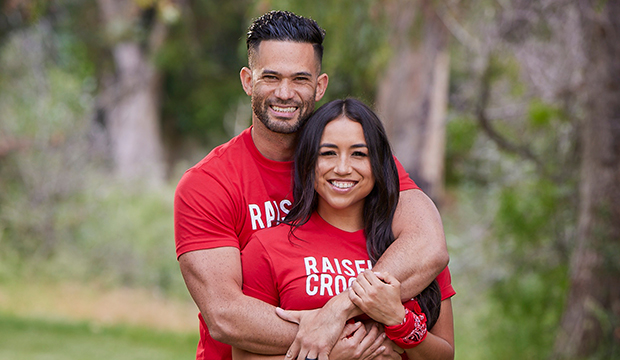 Sharik Atkinson, 23, is a Masters’s Student and Linton, 50, is an Assistant Principal. This relationship is fascinating because it involves a father and daughter from Brooklyn, New York. They moved to the country where they now live in 2001.

Well, they actually root for teams, and their strategy is to bring a really good balance into this game. They actually know quite a bit about themselves and the things they excel at. The father is more athletic in nature, whereas she excels at logistics and is a thinker.

Her father raised her to be outspoken, and now they must figure out how to work together. 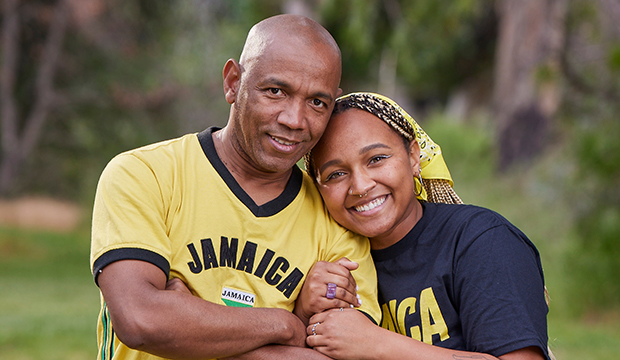 Marcus is a 38-year-old Army Tank Commander, and Michael Craig is a 30-year-old Air Force Fighter Pilot. They are military brothers from Richmond Hill, Georgia, and Alamogordo, New Mexico, respectively.

Michael regards Marcus as his hero, and they are each other’s champions. They’re intellectual and physical, and while they don’t want to be needy, they’re actually quite helpful. Marcus and Michael are eager to get started. 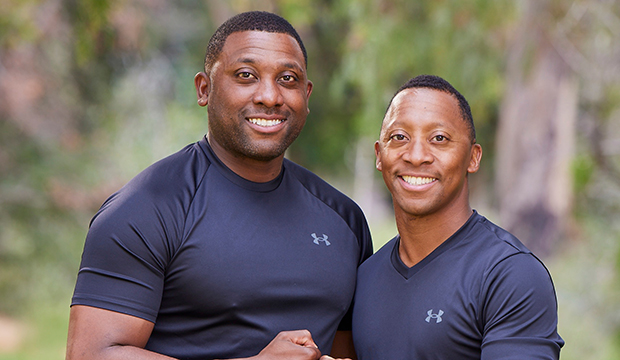 Quinton Peron, 29, is a choreographer, and Mattie Lynch, 27, is a dance instructor.

They are former Rams cheerleaders from Pasadena and Vista, California. They’re actually best friends who also happen to be dance educators. The fact that they are friends and not romantically involved could be advantageous in stressful situations.

And they’re going to have a good time. They believe they compensate for each other’s shortcomings. And Mattie’s specialty is paying attention to details. They’re high energy and hyperactive because they’re dancers, and “it’s game time baby” for them. 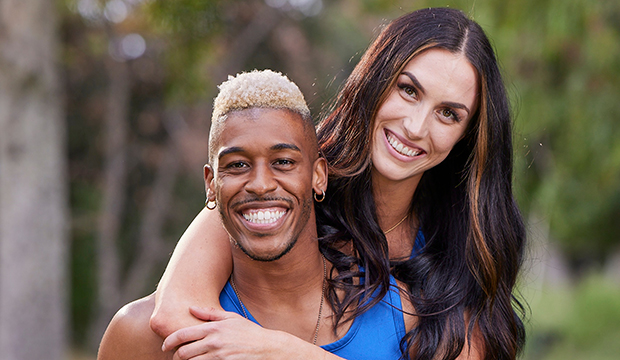 Tim Mann is a 40-year-old probation officer, and Rex Ryan is a 59-year-old ESPN analyst. They’re golf buddies from Brentwood, Tennessee. They’ve known each other for about six to seven years and are incredibly close.

When one of them was going through a difficult time, the other was there for him. And they’re practically brothers. They have a strategy, just like any other duo, and they understand a little bit about team building. They believe that one of their benefits will be networking. Rex wishes to attempt the height. 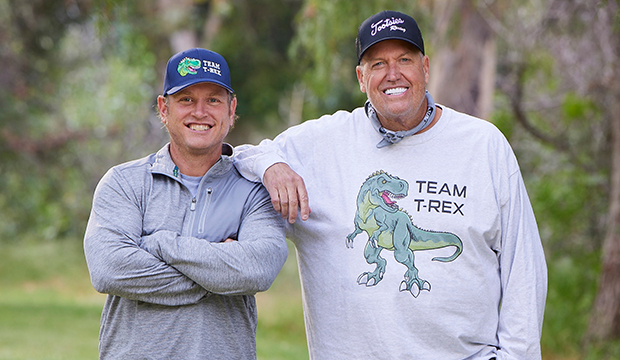 Rich Kuo, 32, is a Life Coach, and Dom Jones, 35, is a Gym Owner. They are motivational speakers from Huntington Beach, California. They have been partners for about three years.

The Amazing Race, according to them, is about relationships and being able to empathize and connect with the stories. They believe that love has the power to heal and that their love has filled their lives.

They’re actually quite intelligent, and they understand people, particularly the girl. They’ve been encouraging one another and spreading positive energy. They’re excited to compete in this race together and win. 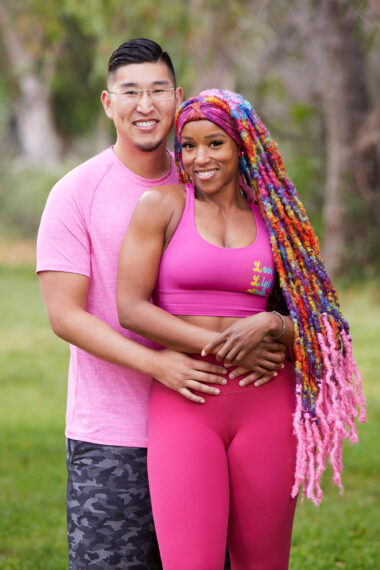 What are your thoughts on the partners who are all set to compete and make an appearance? You are welcome to leave your opinions in the comments section below.