When we talk about the relationship between All Too Well singer Taylor Swift and her boyfriend Joe Alwyn we just have one thing to say, “It’s a love story, baby, just say, Yes”. Read the article further to know more about their fairytale romance. 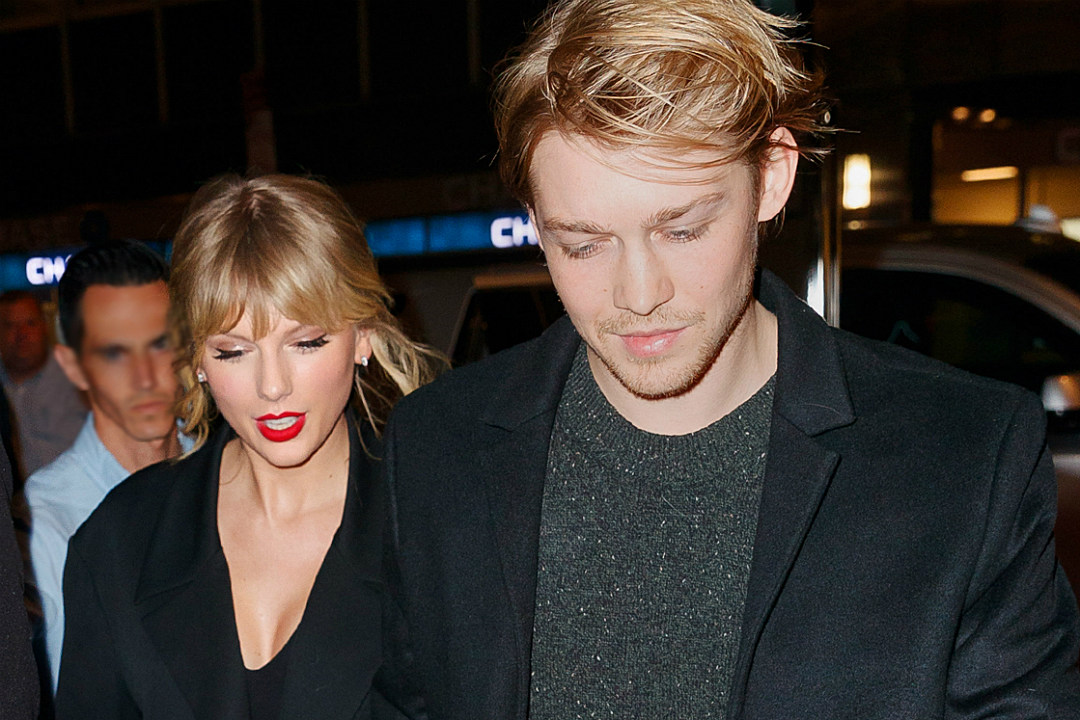 The rock star met Joe for the first time in the year 2016. As per the reports, the duo met each other first at the Met Gala 2016, and then they started dating in October of 2019. To date, neither of them has confirmed this. At that time, Taylor was dating Scottish DJ Calvin Harris. The fans speculated that the Swift and Joe met at the annual feté based on the lyrics to “Dress” off Taylor’s 2017 album Reputation. The lyrics of the song  included clues like “Flashback to when you met me, your buzzed cut and my hair bleached.”

Taylor and Joe have kept their relationship private

During a recent interaction with ET Canada, Alwyn explained why he prefers to keep his relationship with the singer away from the public eye. He said, “It’s not really [because I] want to be guarded and private, it’s more a response to something else.” The Conversations with Friends star further added, “The more you give – and frankly, even if you don’t give it — something will be taken.” Many celebs like to keep their personal life away from the flashing cameras and it’s okay. At the end of the day, everyone wants some privacy.

This is the first time that Taylor and Joe met and that too at the Met Gala 2016 on May 2, 2016. Then, Swift was shining bright like a diamond in a silver shimmery dress, on the other hand, Alwyn also looked quite dapper in a white and black pantsuit. The 32-year-old attended the premiere of Joe’s film Billy Lynn’s Long Halftime Walk with a group of girlfriends on November 12, 2016. Then, the media thought that Taylor came to the premiere of the movie to support Kristen Stewart as she also starred in the film. It seems like this was one of the couple’s early dates. 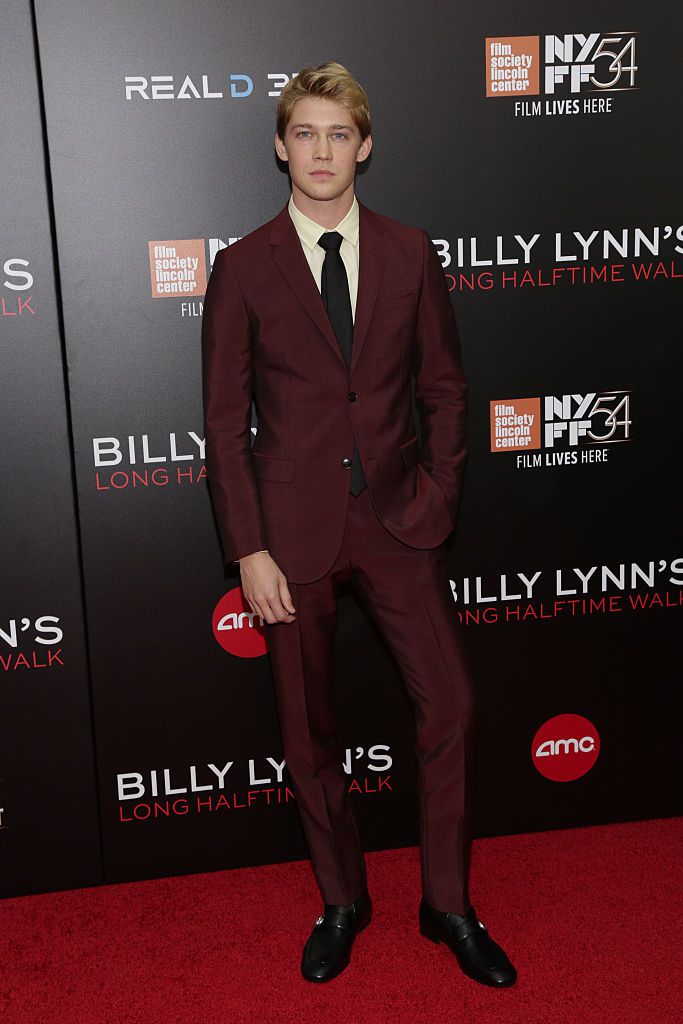 During this time, the duo was secretly dating in London and it all came out via Taylor’s Lover album, a journal entry dated January 3, 2017, that stated she had been living in London and the pair had been dating for 3 months.

At that point, Swift wrote, “I’m essentially based in London, hiding out trying to protect us from the nasty world that just wants to ruin things. We have been together and no one has found out for 3 months now. I want it to stay that way because I don’t want anything about this to change.”

I Think He Knows singer lets the cat out of the bag. She revealed that she was dating Joe Alwyn. During a listening event in October 2017, Taylor spilled the beans on her new single Gorgeous and declared that the song was about Joe. She referred to the actor’s accent in the song and said, “You should take it as a compliment/That I got drunk and made fun of the way you talk.” That same month, Ed Sheeran, one of Taylor’s good friends told Capital London’s Breakfast Show, that she and Joe “are very much in love, they have quite a low-key relationship, which Taylor likes. It’s normal, and no one really knows about it right now.”

Following her performance at the Capital FM Jingle Bell Ball in London, Taylor decided to join her boyfriend Joe in the audience. The couple was seen slow dancing in the crowd and having a good time while Ed Sheeran’s set was going on. 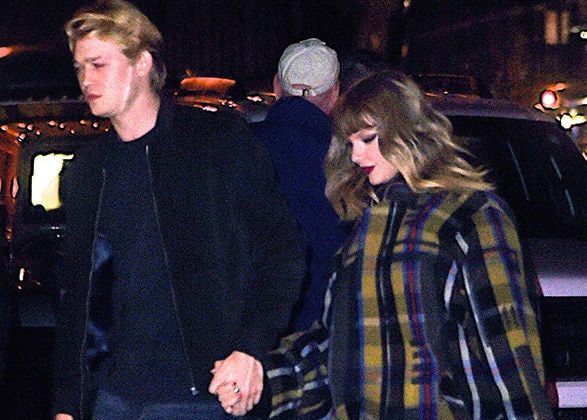 These two lovebirds nearly went Instagram official with their romance. They never posted photos with each other on their social media handles but on May 8, 2018, both of them shared coordinated photos from a desert trip.

The songwriter wrote, “Fact: I’ve never been more excited about a tour than I am about this one. And it starts TOMORROW. Also, not even remotely tour related, but today I met a cactus 🌵”, in the caption.

Joe later on cleared that they didn’t intend to troll the fans, the matching of the photos was a mere coincidence. In an interaction with Entertainment Tonight, The Last Letter From Your Lover actor said, “I didn’t even think of that until I was in New York and someone else mentioned it. It wasn’t purposeful at all!”

Taylor and Alwyn get spotted out and about in public together on September 28, 2018, as they attended the premiere of Joe’s movie The Favorite in New York.

Later that month, in an interview with British Vogue, Joe talked about the pair’s decision to stay private about their relationship and he said “I’m aware people want to know about that side of things. I think we have been successfully very private and that has now sunk in for people…but I really prefer to talk about work.” All the Taylor Swift fans were pretty much convinced that a lot of songs on her anticipated album Lover were about her love story with boyfriend Joe. The musician told The Guardian, that the audience cannot expect her to be transparent when it comes to her relationship with Joe.

The singer said, “I’ve learned that if I do, people think it’s up for discussion, and our relationship isn’t up for discussion. If you and I were having a glass of wine right now, we’d be talking about it—but it’s just that it goes out into the world. That’s where the boundary is, and that’s where my life has become manageable. I really want to keep it feeling manageable.”

The lovers were clicked by the paps as they were heading to a Saturday Night Live after-party on October 5, 2019. As soon as the photos of the two came out, the fans went into a frenzy. Taylor and Joe were photographed at the Golden Globes but like always they did not walk the red carpet together. They sat side by side at the star-studded event. Taylor explained her whirlwind romance with Joe in her Netflix documentary Miss Americana and even put some clips of Alwyn including a lovely embrace backstage from her Reputation tour.

In the film, Swift said, “[I] was falling in love with someone who had a really wonderfully normal, balanced, grounded life and we decided together that we wanted our relationship to be private.”

The duo was quarantining together. Joe shared a few photos of Taylor’s cat Benjamin on his Instagram Story on April 29, 2020, which proved that the two were together during the pandemic. During an interaction with Rolling Stone, Taylor told Paul McCartney that her album Folklore was inspired by her romance with Joe. She said, “But I think that in knowing him and being in the relationship I am in now, I have definitely made decisions that have made my life feel more like a real life and less like just a storyline to be commented on in tabloids.” The Blank Space singer further added, “Whether that’s deciding where to live, who to hang out with, when to not take a picture—the idea of privacy feels so strange to try to explain, but it’s really just trying to find bits of normalcy. That’s what that song ‘Peace’ is talking about.”

The pair co-wrote songs for Swift’s album Folklore. In her Disney+ film folklore: the long pond studio sessions, Taylor affirmed what fans had already believed, Joe was William Bowery. Alwyn provided his partner a helping hand in writing songs such as Betty and Exile.

Fans assumed that the pair got engaged but Taylor debunked the rumors when she described Joe as her ‘boyfriend’ in an interview with Entertainment Weekly.

Swift dropped another surprise album for her fans on December 11, 2020. The name of the album was Evermore and  Joe’s pseudonym William Bowery was again mentioned in the credits. He played the role of a co-writer on songs Evermore, Champagne Problems, and Coney Island.

Folklore bagged Album of the Year at the 2021 Grammy Awards. In her award-winning speech, Taylor thanked her beau as well. She said, “Joe, who is the first person that I play every single song that I write, and I had the best time writing songs with you in quarantine.” After a month, Joe was handed over a Grammy of his own for co-producing the Folklore album alongside Taylor and her other collaborators. At the award ceremony, Jack Antonoff and Aaron Dessner were also honored along with the singer. The fans of the stars already knew that Joe had co-written two songs but it was unveiled later on that he produced six tracks on the album as well.

So this was the love story of Taylor Swift and her boyfriend Joe Alwyn, we are happy to see that the singer has finally found her lover in real life. Don’t forget to stay connected with us for the latest updates from the world of showbiz.