Simu Liu, who is best known for playing Shang Chi in the MCU movie, had a blushing moment while hosting “Jimmy Kimmel Live” with guest Mandy Moore as at the end of the show, he revealed that Mandy was his childhood crush. Read on to know about his dating history and his present-day love with Jade Bender. 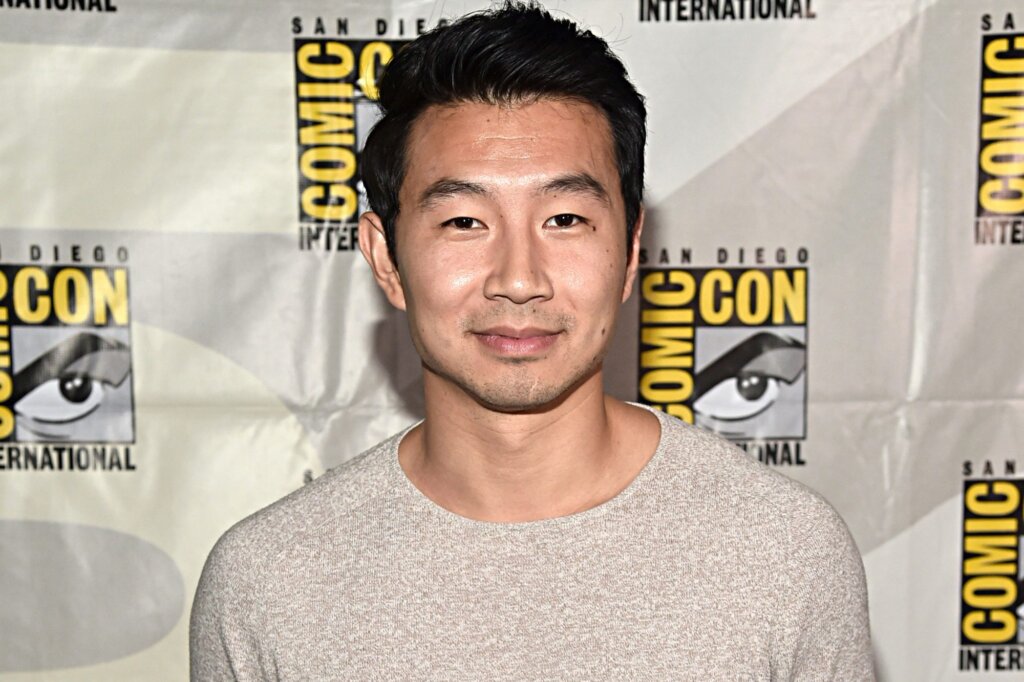 Started With “A Walk To Remember” During the “Jimmy Kimmel Live” show with singer and actress, Mandy Moore, the MCU star who was hosting the show went down memory lane and revealed about his crush on Mandy. He said it all started when he got his hands on Nicholas Spark’s “A Walk To Remember”. When asked by Mandy how did he get hands on the movie which actually formed an integral part of every young teenage girl back in those days, Simu joked and said he was trying to date all those young teenage girls and that’s how he got to know about the movie.

While recalling every minute detail of Mandy’s appearance, Simu Liu said, “I loved the song “cry” at the end of the song. I’d be in the subway back home from school and I’d have my headphones on and people would be looking at me and be like what is this kid listening to? Little did they know that I’d always remember..” Well, Simu Liu was absolutely in love with the 15-year-old Mandy who played a brunette in the movie. Simu Liu made headlines for his role as Shang-Chi in Marvel’s acclaimed flick “Shang-Chi and the Legend of the Ten Rings.” Outside of his blockbuster movie roles, the 33-yar-old actor has maintained a low profile when it comes to romance. Presently, Simu Liu is dating fellow actress Jade Bender, known for her roles in “Senior Year” and “A Cowgirl’s Story”.

The two sparked dating rumours in 2019 and since then, they have consistently appeared together for huge events like the ESPYs and Comic-Con. They can also be seen occasionally on each other’s Instagram.  But that’s about the present, Simu has been linked to one more woman in the past. While his dating history may not be as big as other stars, he surely has kept it sweet. Before romancing Jade Bender, the actor was linked to actress Tina Jung from 2016-2018, though their romance was also neither confirmed nor denied by either person.

Liu reportedly met Tina Jung in 2015 after the two had small roles in an episode of CW’s “Beauty and the Beast.” Following their work on the TV show, they reunited in 2016 on “Kim’s Convenience.” Since then, they made several appearances together.

While it’s true that Simu Liu remains relatively quiet when it comes to sharing his personal life, he made his romance official with Jade Bender on the red carpet of the ESPY Awards 2022. The One True Loves actor was posing with his girlfriend Jade Bender at the award show.

Simu Liu is one actor who has always kept himself away from controversies, except for one. In 2021, posts from Liu’s old Reddit account circulated on Twitter, including a 2015 post where he stated that, in reference to paedophilia, “From a biological standpoint it’s no different than being gay.”

Well, there’s nothing much in terms of his relationship profile but we are sure the actor has dated many women secretly. And yea, none of them is like his childhood crush for sure, eh! What do you think about this actor?