Recently, Shaina Hurley, who is known for being on Love Is Blind, took to Instagram to announce her new man, Christos Lardakis. The picture, posted on March 13th was captioned with ‘My ride or die forever,” along with some emojis that included an infinity symbol, a heart, and a cross emoji. Although the relationship has just been made public, Hurley had gone on to Viall Files Podcast and mentioned her ‘pretty serious’ relationship, hinting that she was not single after all.

Previous Engagement To Kyle Adams On Love Is Blind

This happy announcement comes after Hurley’s attempt to find love on Love Is Blind Season 2. Shaina had participated in the Netflix reality show to find her perfect man. The biggest quality she was seeking was honesty. There the 32-year old got engaged to Kyle Abrams but later developed feelings for Shayne Jansen. Later on, she broke off the engagement with Adams before leaving the show. However, in the reunion of Season 2, she opened up about how she shouldn’t have gotten engaged at all.

Hurley talked about not being ready yet to accept the proposal due to feeling pressurized. She said that ‘It was a people-pleasing moment… I should have never said yes.’ She also went on to say that ‘I could have avoided a whole bunch of drama and mess, 100 percent. And I’m owning that.’

Rumors of Engagement to Christos Lardakis

People’s Magazine revealed that Shaina is already engaged to Christos Lardakis after he proposed on March 10. A source went on to disclose that the couple has been dating for around a year and that Christos has stood by her side throughout the Love Is Blind drama. This news came out after a day of Shaina introducing her boyfriend/fiancé to the world. 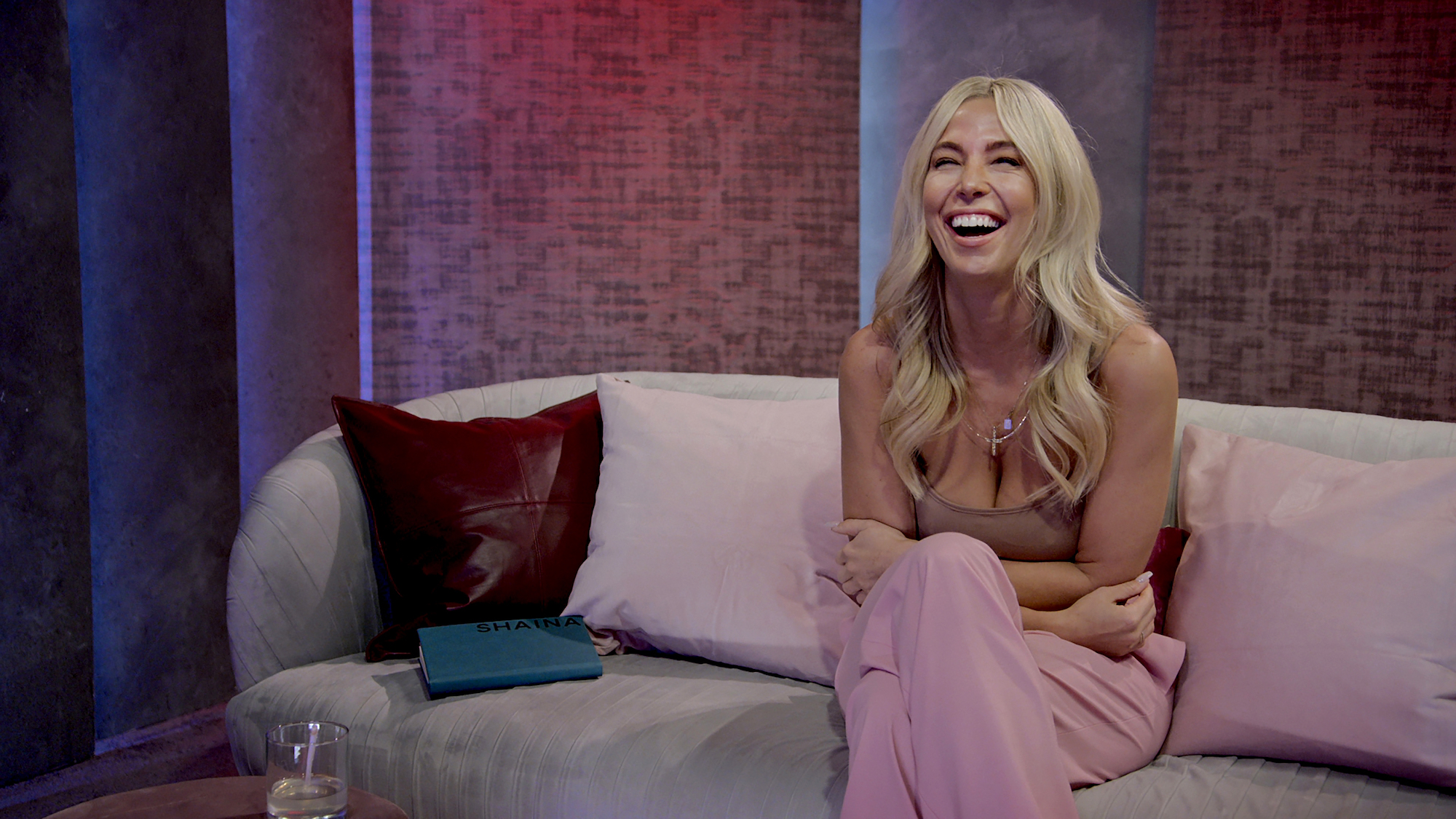 Although the couple has not officially declared their engagement, pictures of their trip to Mikonos show that they are meant to be together.

Her ex-flame from the show, Kyle Abrams, is moving on from the breakup just fine it seems. He and Deepti Vempati, who is also from Love Is Blind, seem to have rekindled their relationship. They met in the pods but went on to choose different partners. Both of their relationships did not work out.

On the reunion episode, they mentioned how both of them should have explored other options. Abrams even went on to say that he should have proposed to Vempati instead of Hurley as he enjoyed the connection they had on the show. This led to fans wondering if the two of them were dating now.

The rumored couple was even spotted on what seemed like a date in Chicago. Although Deepti claimed that they were just friends, she did not brush off the rumors by adding that ‘ I do not know anything more at this stage.’

Though fans continue to wonder if Abrams and Vempati are dating or not, Shaina and Christos have officially announced their relationship on social media. Although they are yet to declare if they are engaged or not, it is evident that they are in love and are happy to be with each other.