K-pop Boys are out with their love letters for their precious CARATS... Seventeen, a boy band group under PLEDIS Entertainment, is ready to move the whole K-pop fandom with its “Power of Love” i.e., their upcoming documentary. 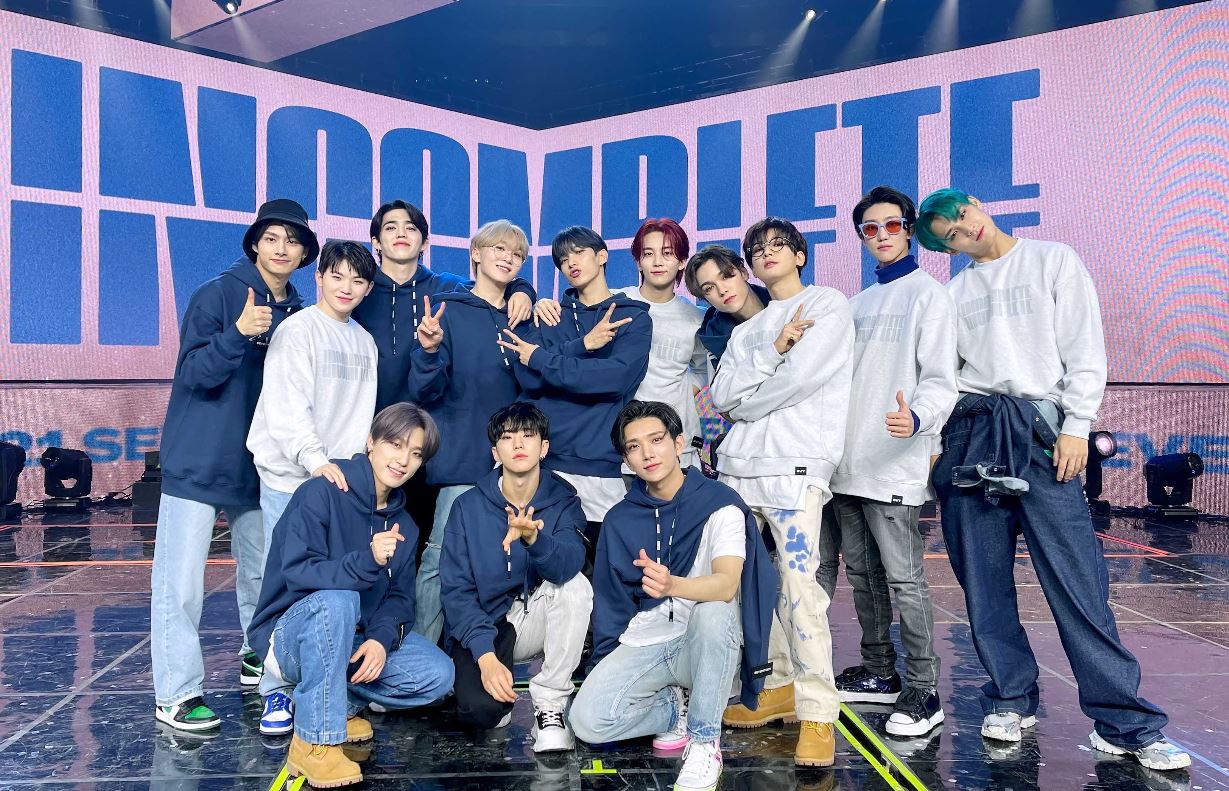 “Power Of Love: The Movie”

The boy band “Seventeen” has announced its first-ever movie debut with “Power of Love: The Movie,” which will premiere globally on Wednesday, April 20, and Saturday, April 23.

SEVENTEEN POWER OF LOVE : THE MOVIE

(CARATS can’t hide their excitement, more like ‘wildness,’ but we can’t blame them)

if y’all do this shit on april 20th… SIT YOUR ASS DOWN #SVT_POWER_OF_LOVE_THE_MOVIE #SEVENTEEN pic.twitter.com/Vr0LBiHP9p

The boys aren’t short on anything, singing, choreography, songwriting, and more. This movie will help bring the member’s experience, struggle, true feelings, and future goals via in-depth interviews as well as backstage videos of their last year’s “Power of Love” concert with their committed fanbase, called CARAT. (inspired by their debut extended play)

The Performance kings made their debut on May 26, 2015, under PLEDIS, which now falls in HYBE Entertainment with 13-members in total.

They break into three sub-units\groups  and only one when they all come together. The three subunits are as follows hip-hop unit (S. Coups, Wonwoo, Mingyu, Vernon), vocal unit (Woozi, Jeonghan, Joshua, DK, Seungkwan), and performance unit (Hoshi, Jun, The8, Dino).

On March 3, 2022, earlier today the boy group shocked their fans and music lovers with their upcoming movie announcement.

The On-sale for tickets will go live from Thursday, March 17 at 9 am EDT/ 6 am PDT here with a running time of 120 minutes. The viewers will be able to watch the movie in the various settings, which include ScreenX, 4DX, and with a combination of both 4DX plus Screenx will be produced by CJ 4DPlex and ScreenX Studio.

The CEO Marc Allenby shared, “We’re excited to be collaborating once again with our partners at CJ 4DPLEX to bring K-pop sensations Seventeen to the big screen.”

He further praised Seventeen, who has charted No. 1 on Billboard’s Top Album Sales chart and took the top position in Japanese Oricon Chart, about their global popularity and eulogized, “The group’s escalating success across the globe has been fascinating to see, and we look forward to bringing their first feature film to audiences worldwide, including screenings using CJ’s special formats ScreenX, 4DX, and 4DX Screen.”

The “Adore U” boy band’s last release together as a whole group was in the mini-album “Attacca.” The album was released in October 2021 along with its lead single ‘Rock With You’.

Within a week of its launch, the album hit first place on the Gaon Albums Chart, the ranking of the most-purchased single albums, EPs, and full-length in the Asian nation.

While one of the members, Choi Han Sol aka Vernon collaborated with Charli XCX in a new remix of her single “Beg For You” ft. Rina Sawayama. The remix was released on Feb 24, 2022, and has received 95k views so far on YouTube.

Kwon Soon Young, stage name Hoshi, tested positive for COVID-19 on Wednesday. He is the leader of the Performance sub-group but due to covid protocols will have to cancel his participation in all his activities.

Hoshi’s official Agency, PLEDIS, has released an official statement regarding his health status. They updated that he was not showing any symptoms apart from sore throat and mild cough. The singer is currently undergoing self-treatment at home, while the rest of the members turned out to be negative on precautionary test and will resume their activities as schedule.

We wish him a full and speedy recovery and hope to see him participate in group activities with the other Seventeen’s members soon.