Schitt’s Creek: Where To Watch The Comedy Show After It Leaves Netflix?

Someone’s saying goodbye. Netflix spectators will be surprised to hear that one of their favorite shows will be leaving the platform. Schitt’s Creek’s success and enormous fanbase stem from the streaming platform, and it will soon leave Netflix.

Dan Levy and his father, Eugene Levy, created the comedy series. The show follows the challenges and difficulties of the formerly rich and powerful Rose family.

After their business manager steals from the family business, Rose Video, the family loses everything and moves to Schitt’s Creek, a tiny town they bought as a play on words. Johnny and Moira, together with their grown children, David and Alexis, are now residing in a local hotel and must adjust to a life without fortune. 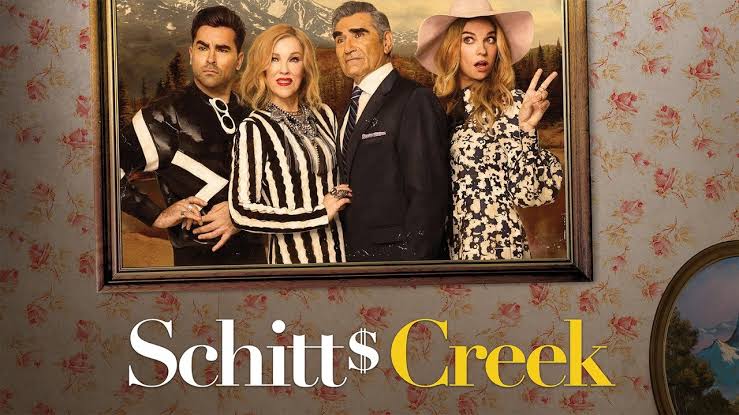 Imagine the entertainment the family provides in a challenging time. Let’s not stop binge-watching the series.

How To Watch All 6 Seasons Of Schitt’s Creek?

Don’t worry if you planned to watch Schitt’s Creek or if you want to watch it again; we have something for you. Schitt’s Creek will leave Netflix on October 2, 2022, but Hulu has acquired the U.S. streaming rights to the show.

Starting on October 3, 2022, all six seasons of the series will be available exclusively on the provider. You can watch the series again the next day.
Hulu’s president Joe Earley said the following in a statement on April 28, 2022.

“Based on the number of Schitt’s Creek GIFs we Slack every day, it’s no surprise that we are absolutely thrilled to welcome Johnny, Moira, Alexis, ‘Daviiid’, and the wonderfully unique residents of Schitt’s Creek to Hulu.

We can’t wait to share the award-winning, blisteringly-funny, yet heartwarming series and characters with our subscribers. We know they’ll fit in nicely.” 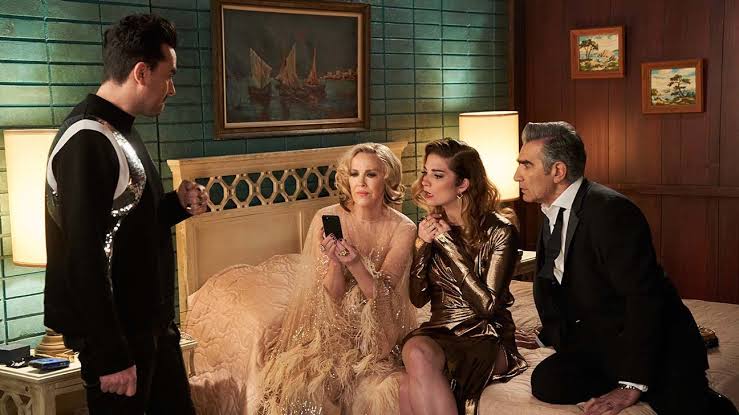 Levy also once said in a statement, “Netflix offered Schitt’s Creek a second home at just the right time and opened the doors to a whole new audience for us. Watching the show thrive there has only enhanced my excitement about continuing to tell specific, meaningful stories with them in both tv and feature film. A full circle moment.”

How To Watch Schitt’s Creek For Free At Hulu?

Now that the series has found a home on the streaming platform Hulu, you can binge-watch it for free. But there’s always a trick. Obviously, a subscription is required to watch shows, but what about a free trial period?

New Hulu subscribers can try the Hulu plan of their selection for free after signing up. For 30 days, you’ll have unlimited access to Hulu’s streaming library with either the Hulu ad-supported or Hulu No Ads plans.

After your free trial period ends, you will be charged on a monthly basis. You can cancel your subscription before the trial period is up, and you can still watch the series for free.

“Every now and again, spending like a little bit of money on something really special can definitely help make you smile. And that’s why I, like, commend Hulu for seeking us out at Alexis Rose Communications, because we totally get it.”

Alexis Rose also penned, “Generally speaking, we at Alexis Rose Communications believe there is nothing wrong with asking for what you deserve. And after weeks and weeks of, like, heavy business negotiations with Hulu, I could absolutely not say no as a businesswoman. The world deserves the best. And I love that journey for them.” What are your thoughts on the changes that are happening? And will you move to Hulu with your favorite show? You are welcome to drop your opinions in the comment section below.