Things are heating up and becoming spectacular. We’ve always seen reality shows bring back previous players who didn’t win the game to compete against each other.

But it appears that circumstances are a little different in the cast of RuPaul’s Drag Race All-Stars. We’re going to see prior winners compete and prove that they’re the only winner this show has ever seen.

According to Paramount+, RuPaul’s Drag Race All Stars Season 7 would be unique to prior editions, with previous Drag Race winners returning to reclaim the throne. It’s called ‘Queen of All Queens,’ and it comes with a whopping prize of $200,000. 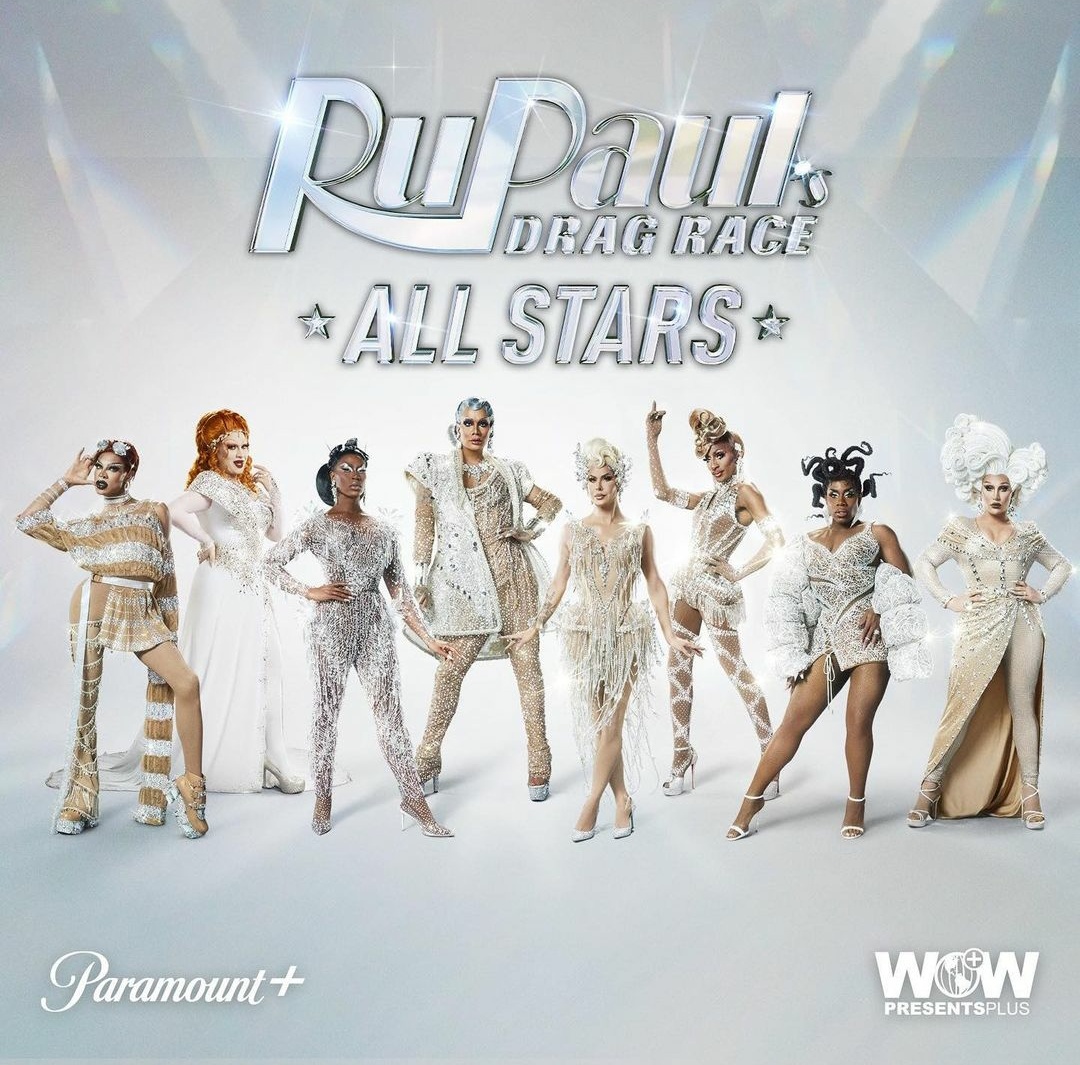 This is something we can’t wait for. And we’ve got the official cast list for you. The first two episodes of All-Stars 7 will be released simultaneously on Friday, May 20, 2022.

The cast roster for the upcoming season is quite spectacular.

The RUmors are true. And the Queens are back. Get ready to meet the contestants competing for the crown.

Here’s come Shea Couleé and she didn’t come to slay but actually came to win and take the crown for herself. And this competition won’t be amazing without the legendary winner of All-Stars Season 5.

Everyone is magnificent in their own way, in our perspective, and it will be interesting to witness the champions compete to be a double queen.

Shea is a musician, podcaster, and mainstay of the Chicago nightlife scene in addition to being a wonderful drag queen.

Did we just mention that Jaida is going to make her appearance as a competitor in this upcoming season? Looks like we did.

Hall captured our heartstrings during Season 12 when she used her cosmetic abilities on fellow queen Silky Nutmeg Ganache.

And she subsequently astonished judges Rachel Bloom and Jeff Goldblum during the Choices 2020 political discussion segment by refusing to answer questions she didn’t approve of.

A Queen is vying for the title of double queen. That appears to be entertaining.

After winning the fifth season of RuPaul’s Drag Race, the drag performer, actor, comedian, and singer gained widespread notoriety. And she slayed her performances, stealing the crown from other would-be queens.

In June 2019, a panel of judges from New York magazine ranked Monsoon 18th among 100 previous Drag Race contestants on their list of “the most powerful drag queens in America.”

That is quite impressive. Now we’re going to see her interact with the other Queens. Jinks won everyone’s heart with her humor and nature, and now she’s planning to keep it.

Definitely an icon. Complete perfection is here to beat others’ ideas of perfection. She has been on numerous Drag Race-related internal and overseas tours, including Werq the World, A Drag Queen Christmas, and Drive ‘N Drag.

She presently co-hosts the podcasts Sibling Rivalry with Bob The Drag Queen and Ebony and Irony with Lady Bunny. And now we get to see her compete.

Guess who’s back in the house? Racers start your engine and may the best winner win. Raja Gemini is a phenomenal drag performer and make-up artist who goes by the stage name Raja Gemini.

He is best known for winning Season 3 of RuPaul’s Drag Race, making him the only Asian American to do it.

Trinity is just dripping in. Yes, both the Season 4 All-Stars winners are going to compete. And we’re quite sure it’s going to get a little controversial.

In her first season, she was known as Trinity “the Tuck” Taylor, but on the first episode of All-Stars, she stated that she would now be referred to simply as Trinity the Tuck.

In June 2019, a panel of judges from New York magazine ranked her 15th among 100 former Drag Race participants on their list of “the most powerful drag queens in America.”

This season is definitely going to be legendary with Trinity The Tuck coming as a contestant.

Oddly enough Yvie is back in the race. The fashion designer queen has arrived to become the Queen of all Queens. Oddly has been performing on the Werq the World drag concert tour since 2019.

In Yvie Oddly’s Oddities segment on WOW Presents Plus, she explores what she sees as the transformational potential of drag by transforming thrift store objects into fashion accessories.

She’s quite talented and definitely competitive.

Ready for the British invasion? Never in The Vivienne’s wildest dreams. She’s definitely showstopping and a perfectionist. Okay, what? Did you really think we’d get to the end of the list without mentioning her?

It’s here, guys. Because of her previous triumph in the competition, The Vivienne was given her own internet television show, which she later titled The Vivienne Takes on Hollywood. And now we will see her make the history in the show. Too excited.

Here’s the official video that features your favorite Queens. You’re definitely going to love it.

Amazing & exciting both right? Well, we’re going to see all of these amazing Queens giving their best performance. Who will be the Queen of all Queens? What do you think about the cast list?

Also, what’s your opinion on who should be the winning Queen of this season? Don’t forget to let us know in the comment section below.