Rihanna and A$AP Rocky Tie the Knot in a New Music Video for his Single “D.M.B.”

It appears like the American rapper A$AP Rocky and “A Girl Like Me” star Rihana have finally married! But the two stars did it differently. A$AP Rocky has married his pregnant girlfriend in a new music video of his single “D.M.B”, which was released on Thursday. Read on to know more. Felt Full since Their First Encounter…

The “Ride-or-Die” love story of the Harlem rapper and “Work” singer has finally ended fashionably. The two are expecting a child together and have legally wedded in A$AP Rock’s new video of his singe “D.MB.”

The song was released yesterday and describes the couple’s journey as a “ghetto love tale” on the poster of this new song. The official video of the new song has a three-minute mark wherein the 33-year-old rapper proposes to Rihanna, 34 with a grill that read, “Marry Me”. 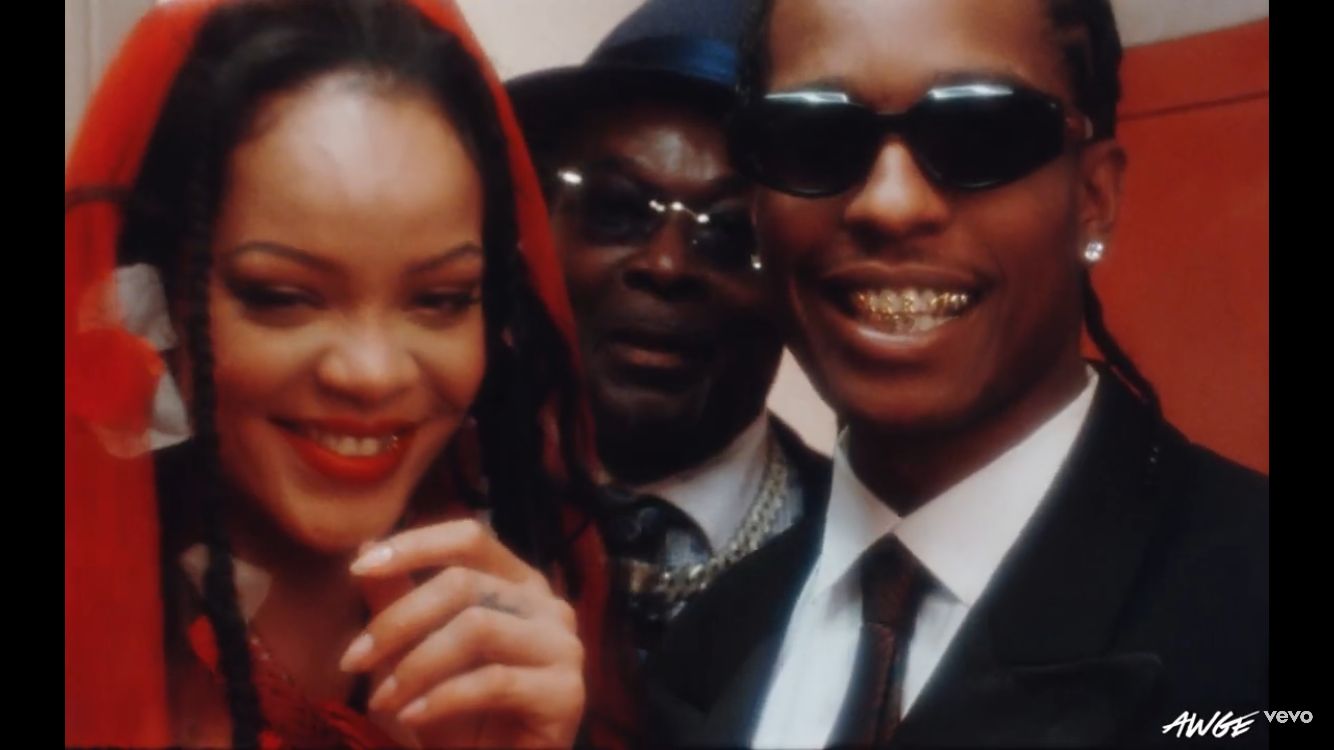 Rihanna can be seen in a red veil as she responds with her grill that reads, “I do”. At the end of the video, a group of people can be seen showering flower petals at the couple which is reminiscent of when newlyweds walk down the dreamy aisle after getting married.

The video also showcases fine moments shared between the lovebirds like hanging out on a terrace in New York, dining at fine establishments, counting money and smoking marijuana together. Now we don’t know if it’s an artistic representation, or if they have married.

Neither Rihanna nor A$AP has officially announced their wedding. What we know is that the view wasn’t shot recently. It appears to be year-old as Rihanna is not pregnant in the video. The two are wearing the same outfits as they wore during a shoot in the Bronx in July 2021.

A$AP Thanks His Lady… 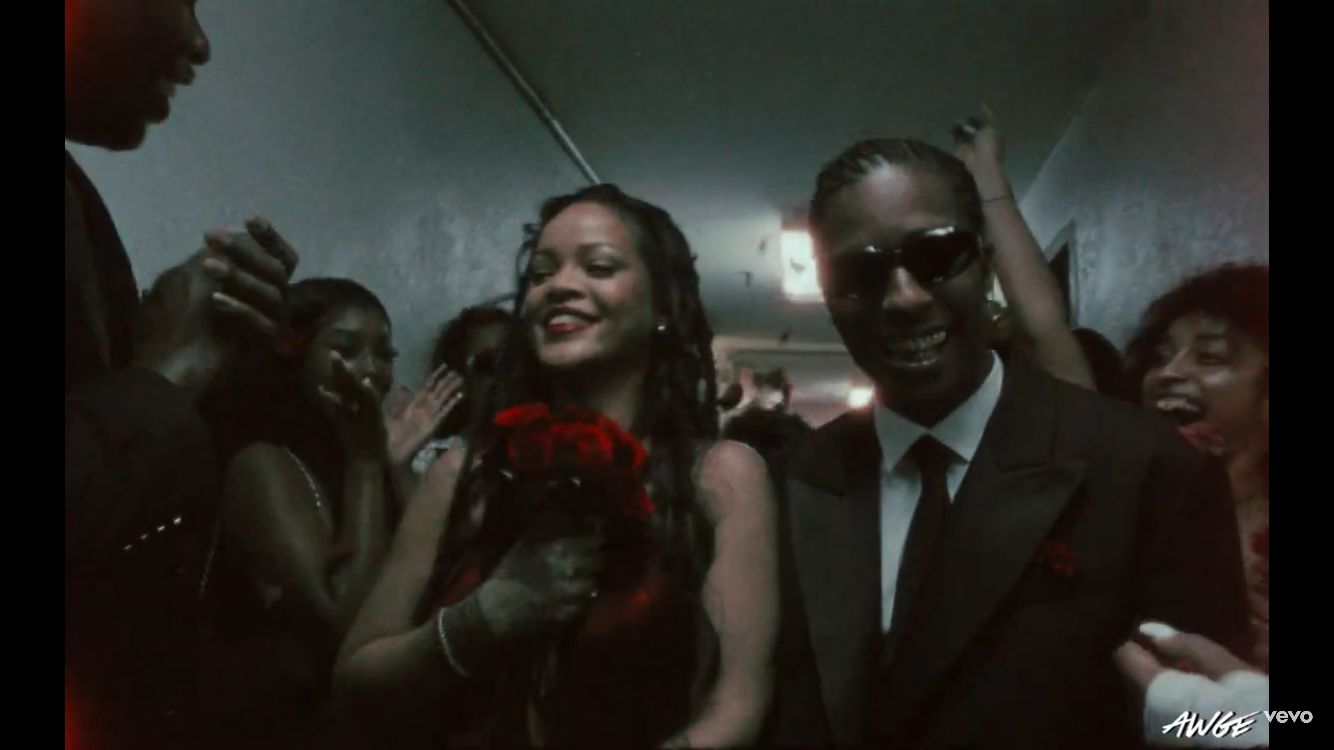 Even if the new video is just an artistic representation, we are sure the two will be married sooner with the kind of affection the two stars have for each other. The Long. Live. A$AP star considers this video very special.

First, because of Rinana and second, because it is the first proper solo release since “Babushka Boi” in 2019. A$AP also took to Instagram to share a beautiful post for his to-be-wife or wife, whatever you name it, and wrote: “PROUD 2 ANNOUNCE MY DIRECTORIAL DEBUT D.M.B. VIDEO OUT NOW!!! THANK$ 2 ALL INVOLVED WHO HELPED & $PECIAL THANK$ 2 MY LADY FOR THE MOTIVATION & ROLE.”

Last month, the multiple Grammy Awards nominee’s sweet vacation with Rihanna took a bitter twist as he was handcuffed today. Rocky was detained at LAX on Wednesday morning when he landed at the California airport following his trip to Barbados with his pregnant girlfriend Rihanna. 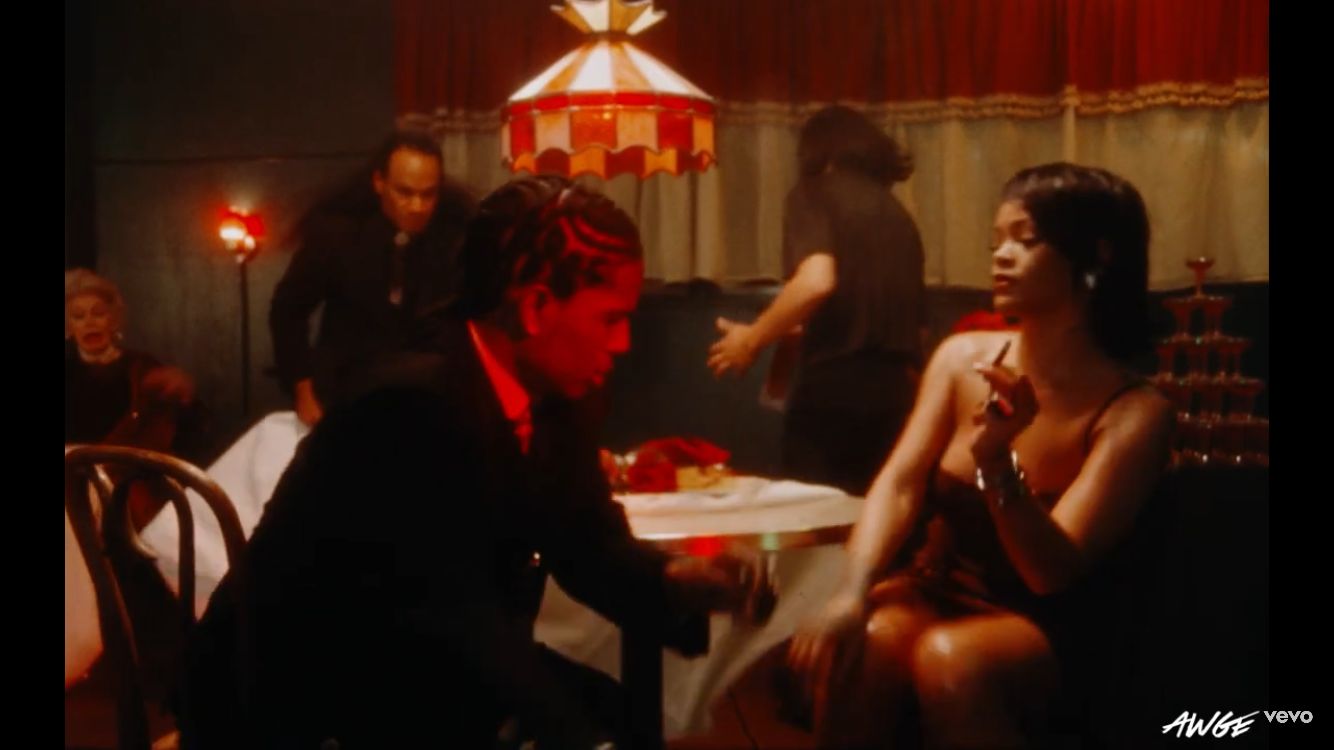 A$AP Rocky was detained at LAX Wednesday morning in connection to a shooting that took place on November 6, 2021. However, the couple now has some good news for them as their baby is set to arrive anytime sooner.

The two even organised a rave-themed baby party as they are set to welcome their soon-to-be-born. What do you think about this new video? Did the two tie the knot last year? Or is it just an expression?