The Real Housewives of Potomac star and the former NBA player has been married for a second time after divorcing in 2012.

Several sources have confirmed that the news will be revealed in the upcoming season 7 finale episode.

As news broke that Real Housewives of Potomac star Robyn Dixon and her ex-husband-turned-fiance Juan Dixon had applied for a marriage license in August 2022, rumors began to circulate that they might be getting married for the second time.

The on-again, off-again, and now on-again couple, who have been on and off since 2006, have applied for their marriage license in Maryland. Their marriage license expires in February 2023, but they intend on having a second wedding in Jamaica while on vacation, as Robyn revealed during this week’s RHOP. 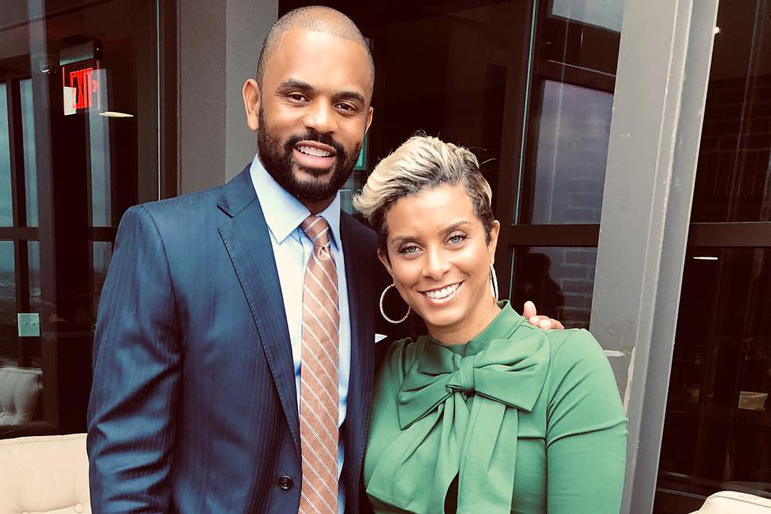 It was confirmed in a recent report that Robyn, a business owner, and Juan, a former NBA player currently coaching at the Division I level, announced in their season finale that they finally got married. Still, sources say this did not happen in Jamaica as Robyn claimed. During the Season 7 reunion last week, Robyn spilled a few more details about what happened at the ceremony hosted by Andy Cohen, an executive producer.

According To Robyn, The Show Was The Saving Grace In Her Relationship

There was a time in Robyn’s life when her first marriage to Juan ended because of infidelity, but she says that the show was the one thing that saved her relationship and made it more robust. “In fact, the negativity that was caused by the show pushed us together,” she said. She was motivated to stand up for Juan because she had seen the response that he had received from his fans.

It is no secret that several members of her fellow Housewives, including Karen Huger, felt that the two would never be able to remarry, and Karen even accused Juan of having an affair. However, after hearing the news about the marriage, Karen has been proven wrong in her prediction.

There Was Always A Desire For Robyn, And Juan To Have A Private Ceremony

Robyn had no intention of inviting anyone from her Housewives co-stars, including her best friend Gizelle Bryant and fellow green-eyed bandit Mike Epps, to the party, but one thing was clear. When Robyn was on a cast trip to Mexico, she told her castmates that her goal was to have a private ceremony. At the ceremony, she wanted only Juan and her sons Corey, 14, and Carter, 13.

As high school sweethearts, Robyn and Juan, who were married in 2005, divorced in 2012 after being together for nearly a decade. The couple became engaged at the Season 5 finale party, and Robyn’s castmates were overjoyed to hear that she would get her happily ever after.

In the case of their second wedding, Robyn admitted that she was unsure if she even wanted a ceremony in the first place. Finally, she confessed that she only wanted a private ceremony and realized that she would keep things as simple as possible.

In one of the RHOP confessionals, Robyn revealed, “The thought of an actual wedding and all the pomp and circumstances that come with it doesn’t excite me. It feels more special to do it privately, without worrying about everyone else and how they perceive it.”

The details behind their engagement have been kept very private by Robyn and Juan, so their wish came true. Those anticipating this wonderful and long-awaited event will surely be thrilled if pictures of this event are released. It will be an exciting season for RHOP fans as the show finishes its last season and has a reunion on the way.