Rawson Marshall Thurber’s upcoming American action-comedy movie Red Notice is written and directed by him. Dwayne Johnson, Ryan Reynolds, and Gal Gadot will feature in the movie. This movie was meant to be released a long time ago, but it was repeatedly postponed due to the pandemic. The shooting was postponed until early 2020 on July 8, 2019. The COVID-19 outbreak in Italy forced the cancellation of a planned shoot.

On March 14, it was reported that because of the pandemic, production would be halted indefinitely. On September 14, 2020, the shooting resumed. By the end of October, Gadot and Reynolds had finished shooting their segments. On November 14th, Atlanta’s production was completed. And now finally, after many delays, we have got an Official Release Date, Along with Official Teaser & Exclusive Clip.

It was announced in July 2021 that the movie would be released on November 12, 2021. The movie was supposed to be released in theaters, however owing to the COVID-19 outbreak, development on ‘Red Notice’ was suspended for a while until Netflix obtained the movie from Universal in the summer of 2019. You won’t believe it, but the movie has a budget of around USD 200 million. The movie will be the most expensive on the streaming platform yet.

The plotline of the movie is pretty interesting. A red notice issued by Interpol is a worldwide alert to find and apprehend the world’s most wanted criminals. But there’s no predicting what will happen when a spectacular heist puts together the FBI’s best profiler (Johnson) and two rival criminals (Gadot, Reynolds). Here’s the official teaser for a better understanding of the storyline.

On September 25, 2021, Johnson attended the event Tudum, describing it as “Netflix’s biggest movie ever” and “absolutely massive.” Additionally, Netflix has released a new clip for Dwayne Johnson’s forthcoming action movie Red Notice, which also stars Ryan Reynolds and Gal Gadot. Take a look at the clip below for an exclusive glance.

This footage, which portrays the three main characters in an epic battle, drew the attention of the audience. Johnson and Reynolds’ protagonists face Gadot’s robber in the action-packed clip from Red Notice, but it is she who has the advantage.

In Red Notice, Gadot’s persona is pursuing three strange but apparently expensive eggs, and she states in this scene that she already has them. When Johnson and Reynolds try to stop her, Gadot’s skill as a leading man comes in handy, allowing her to dispatch her enemies quickly.

The sequence from Red Notice concludes with Gadot preparing to take the egg she seeks as Johnson and Reynolds are handcuffed on the ground. Everyone is more excited than before after seeing this, and they want to see more.

Dwayne Johnson as John Hartley, Ryan Reynolds as Nolan Booth, & Gal Gadot as Sarah Black are the leading characters, and even their epic fight was the first exclusive clip shown to us. For more updates, bookmark the site and stay up-to-date. 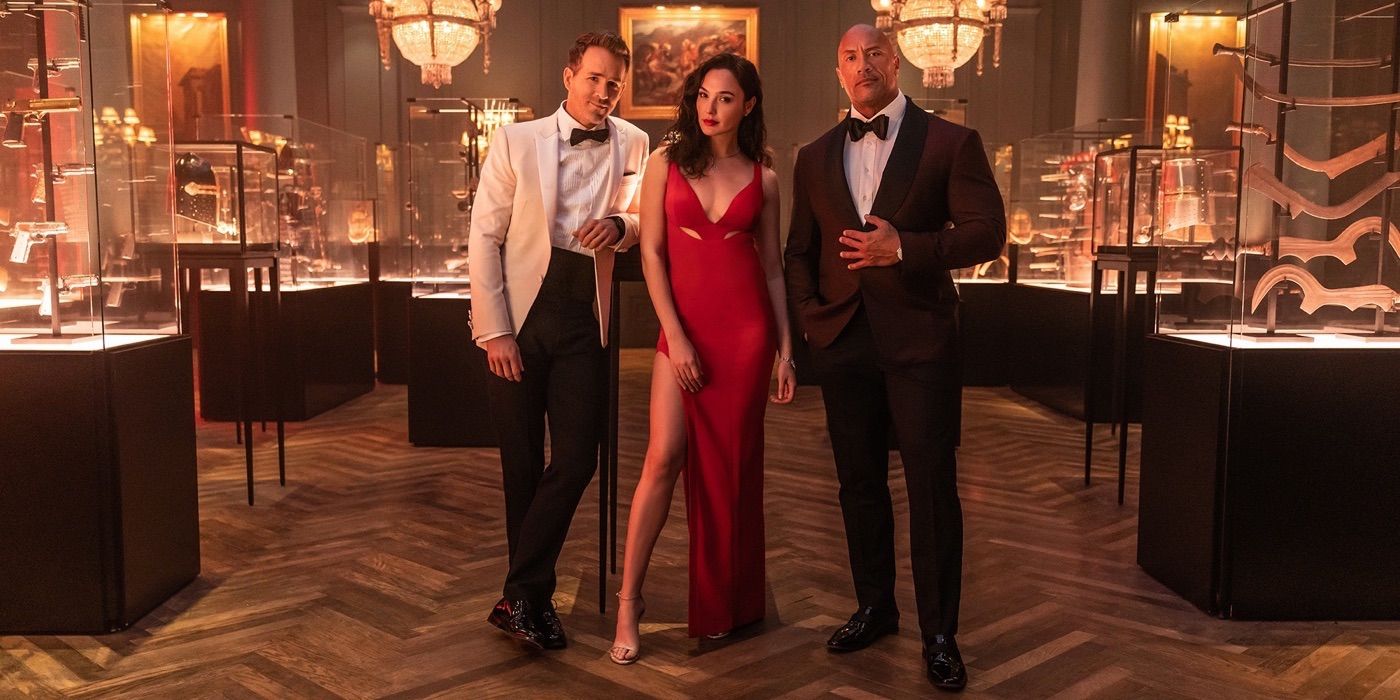