There will be no season three of the Raising Dion series. The Raising Dion star, Sammi Haney who played the role of Esperanza in the superhero drama produced by Michael B. Jordan, revealed the update on Tuesday through his Instagram and Netflix confirmed it. 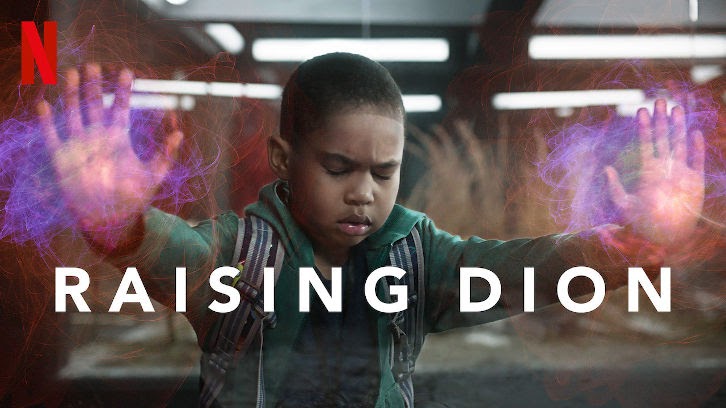 20 hours ago, Sammi revealed the sad news through a post on her social media handle, she captioned the post “Sad to say that Raising Dion is CANCELED 😳😢 Thank you for all of the amazing support we got from all of our wonderful fans! Season 2 was a success, equal to Season 1, even if just looking at how many people watched all of it and wanted a season 3!” expressing his sadness.

A post shared by Sammi Haney | on Raising Dion (@sammi.haney)

Sammi expressed how the only positive out of this news is that she will be able to experiment with his acting career and “pursue other roles.”

Raising Dion is a narration of Nicole’s story, which is played by Alisha Wainwright. The story is set in Atlanta city and it revolves around how Nicole and her son Dion begin to manifest “mysterious superhero-like abilities.” Based on Dennis Liu’s comic book, the first season shows the defeat of the Crooked Man after 2 years.

Season 2 of the series focused on how Dion honed his powers through the support of his mother and Tevin(Rome Flynn) who is his Biona trainer. Season 2 also introduced a fellow powerful kid, Brayden whose introduction leads to the unfolding of alarming events which alerts Dion of this looming danger.

The cast of Raising Dion

The other cast members of the series include Jazmyn Simon, Gavin Munn, Tracey Bonner, Aubriana Davis and  Ali Ahn.

The showrunner in the series was surely Carol Barbee. Kenny Goodman and Jordan co-produced the series alongside the Super Spring Productions.

Season Three of Raising Dion and its Cancellation

When a highly anticipated third season gets cancelled the fans are just disappointed. The fans waited almost three years for a second season which was revived with a 2-year jump in the storyline.

The confirmation by Netflix that the mother-son duo will not be returning for another season surely made the fans sad.

I'm disappointed @Netflix. #RaisingDion was such a great family show, and we don't have too many for middle schoolers to choose from on TV. My daughters loved watching it as a family; the show entertained even my husband. Please bring back a season 3 of Raising Dion. https://t.co/5WBqZ2XMgd

Alisha Wainwright who played Mother Nicole Reese also posted on her Twitter about this heartbreaking news. She expressed how she “feels Raising Dion did so much for little black and brown children and children with disabilities.”

Thank you to everyone who watched #RaisingDion 💔💔 I’m so glad I got to be a part of it pic.twitter.com/oUGHfezmYm

The news was not taken well by the fans and they blamed Netflix for not renewing the show.

So Raising Dion has been cancelled. For fucks sake @netflix. Why am I subscribed to your service when you keep cancelling shows after a few seasons? What’s the point in watching anything knowing it’s probably just going to be cancelled before a resolution of the story!

Though we are not aware of the reason why the third season of the show was cancelled, the time gap between the two seasons likely resulted in a reduced viewership .

After the release of season 2 in February this year, Raising Dion dropped off from the global top 10 series indicating that it “clocked less than 9.11 million hours in a week.”

But as per fans its the promotion of the series which led to reduced viewership rather than the content of it. “Yall didn’t promote it well. The greatness these actors showed in investing time in these characters has been thrown away. You have failed the new generation of kids,” a fan expressed.