A wide range of people enjoys the sport of pickleball. This sports special features a wide range of performers who will compete in a sport that is a favorite pastime for many people. 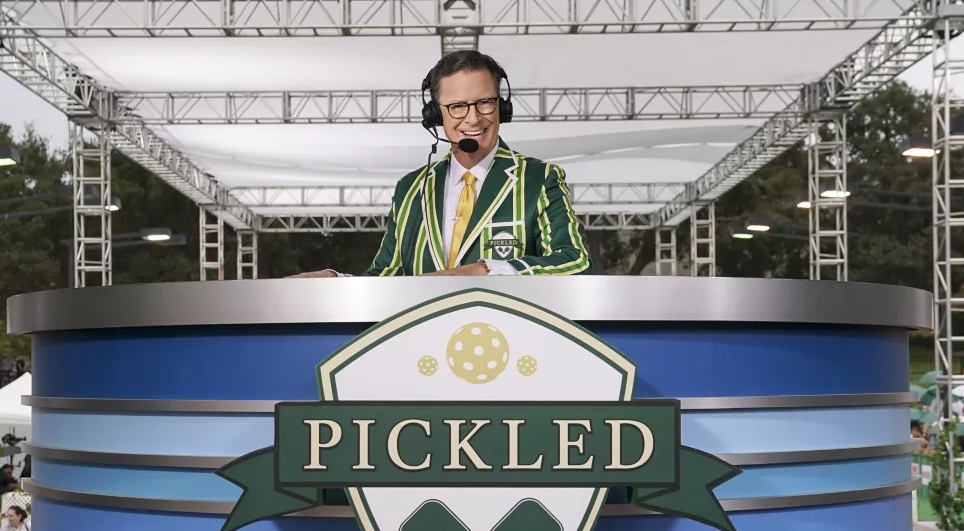 The event will feature two-person teams competing against one another. The winner of the Colbert Cup will be one of them. The cup is named after Stephen Colbert, host of The Late Show. He will sing alongside Kenny Loggins, who will sing the anthem during the event.

The teams participating in the event all have funny names, which we would like to introduce you to. 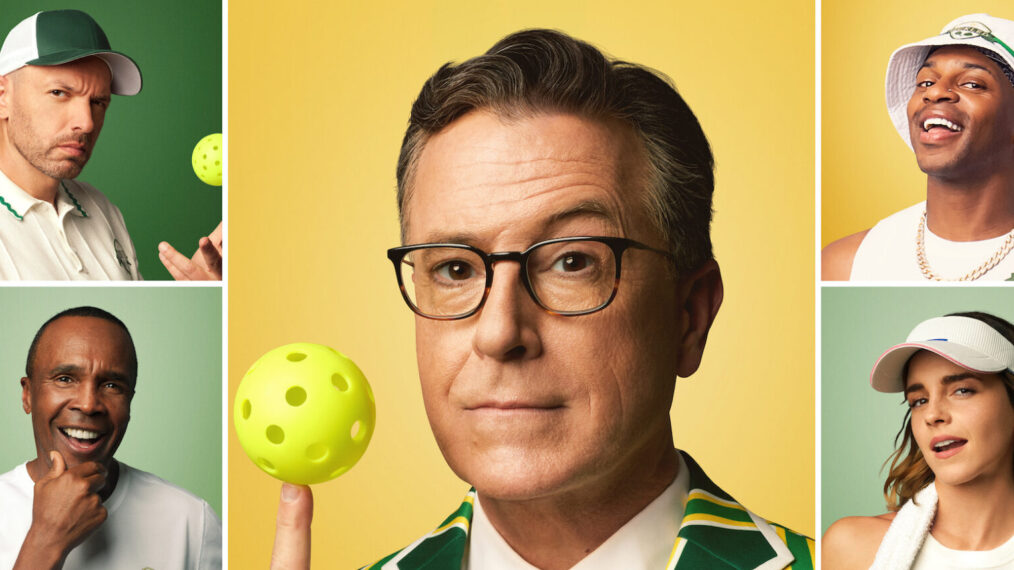 There aren’t many obvious connections between these teams. However, they are exciting combinations, including Dink Floyd’s Murray Bartlett and Kelly Rowland, both Emmy-winning actors. In addition, he appeared on shows such as Iron Fist and Looking and was an Emmy winner for The White Lotus season 1. Coming soon: Welcome to the Chippendales and The Last of Us.

In contrast, Rowland has had a solo career since joining Destiny’s Child. In addition to her music career, Rowland has appeared in TV shows like Empire and American Soul, as well as 2022’s The Curse of Bridge Hollow.

In addition to playing a role in The League, Scheer has appeared in Star Trek: Lower Decks, Black Monday, Fresh Off the Boat, Veep, and The Good Place. Together, they host the highly regarded podcast How Did This Get Made?

Jaime Camil and Aisha Tyler, Take This Job and Shove It

With their athletic prowess, Jaime Camil and Aisha Tyler from Jane the Virgin and Criminal Minds team up for Pickled. Also featured in BoJack Horseman, El Rey, Vicente Fernandez, Schmigadoon, and Vicente Fernández, Camil was in Jane the Virgin with Gina Rodriguez.

As well as the aforementioned Criminal Minds, Tyler has appeared in the animated show Archer and has a guest role on Friends; she returns to the series in Criminal Minds: Evolution. As the host of Whose Line Is It Anyway?, she also hosts The Talk. In addition, she is currently competing on Celebrity Jeopardy!

Emma Watson and boxing legend Sugar Ray Leonard may seem odd, but we are excited to watch them work together. His 20-year career in the ring included wins against multiple opponents, making him one of the most successful boxers ever. His TV and movie appearances include Married with Children, The Larry Sanders Show, and The Fighter.

In the Harry Potter franchise, Watson played Hermoine Granger. Her acting credits include live-action Beauty and the Beast, The Perks of Being a Wallflower, and The Bling Ring.

A shoutout must be given to Daniel Dae Luis, whose team name is hilarious. Additionally, it is an homage to an actor who is one of the most talented actors alive today. There are a few movies and TV shows that feature Luis Guzmán. Anger Management, Boogie Nights, Waiting, Code Black, and Traffic were a few of his notable roles. A Netflix series called Wednesday will also star him.

In addition to Lost, Daniel Dae Kim has appeared in Divergent, Hawaii Five-0, Raya and the Last Dragon, and the Divergent series. Avatar: The Last Airbender will also feature him.

Colbert Cup finalists Jimmie Allen and Max Greenfield are teaming up. As a solo performer, Allen became the first black person to receive the New Artist award at the 2019 CMA Awards with his single “Best Shot.”

The Big Short and Promising Young Woman cemented Greenfield’s popularity along with his roles on New Girl and Veronica Mars and The Neighborhood.

Dierks Bentley teams up with Phil Keoghan. Bentley is a 14-time Grammy nominee with three CMA Awards to his name. Bentley’s hits include “Free and Easy,” “What Was I Thinking,” and “Say You Do.” Having hosted The Amazing Race for CBS for many years, Keoghan is at home. Harsh, as he also hosted Nails.

Tig Notaro and Mystery Player, Party ‘Til You Cuke

Tig Notaro’s partner is a mystery despite being a part of it. Perhaps it’s Stephen Colbert himself? Time will tell. As well as stand-up comedy, Notaro has appeared in TV shows and movies, such as Star Trek: Discovery. 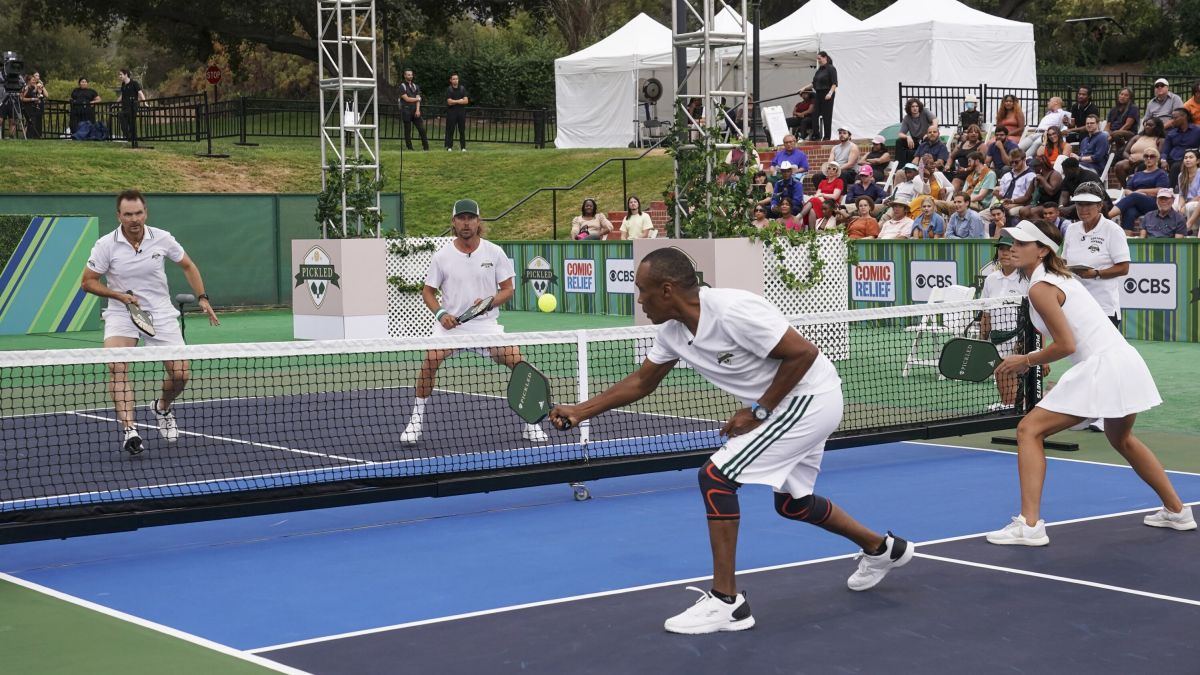 CBS will air Pickled at 9 pm ET/PT on November 17. For Paramount Plus subscribers, it can be streamed live or later the next day for eligible subscribers. Stay tuned for more showbiz news.