“Dick Clark’s New Year’s Rockin’ Eve with Ryan Seacrest 2023” is all ready to come back with a bang. The show, which is to be broadcasted by ABC will be an event you cannot miss. The show recently announced its “star-studded line of performers” and things are looking great. 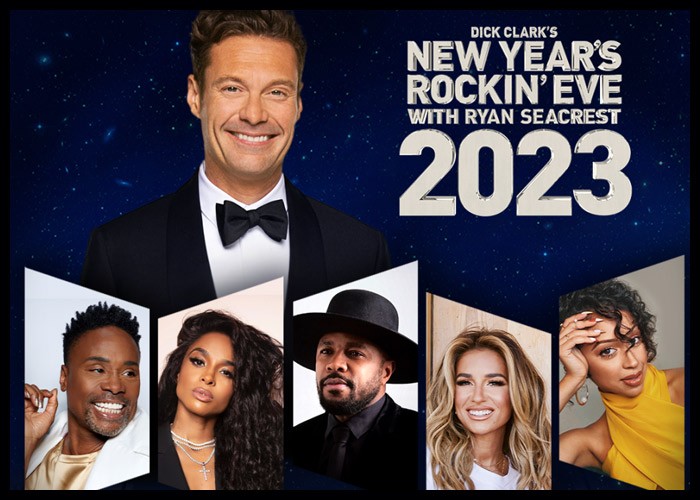 Ryan Seacrest will be coming back to take on his duty as a host of the show. Liza Koshy and Jessie James Decker will also be joining him to host the event along with few others.  The show will air live on New Year’s Eve at 8 pm ET on ABC.

ABC Entertainment and Dick Clarke Productions have come together to announce the performers for Times Square.

Duran Duran, New Edition, J-Hope of BTS, and Jax will be setting the stage on fire with their electric performances. New Edition will croon a mixture of their R&B and pop hits, which will include Rub You The Right Way, Poison, My Prerogative, Cool It Now, and If It Isn’t Love. The band completes 40 years since the day their debut album Candy Girl was launched in July.

BTS icon J-Hope will also be embracing the stage with a medley of = (Equal Sign), Chicken Noodle Soup, and Butter (holiday Remix). The South Korean singer will be performing after headlining Lollapalooza.

Jax, who went viral with songs like Victoria’s Secret will be performing that song along with 90’s Kid.

Duran Duran will be one to conclude the night with a medley of classics as the New Year’s will roll in. This year is memorable for Duran Duran as he also got into the prestigious Rock and Roll Hall of Fame.

Here is a list of performers for Los Angeles, Disneyland, and New Orleans.

Hosts For The Night

Seacrest will the main host for the night, he will be back for the 18th year. Liza Koshy and Jessie Jamie Decker will join him in Times Square. Meanwhile, in Disneyland, Ciara and D-Nice will be co-hosts. There will also be a pre-taped segment that will include performances by Ciara, Fitz & the Tantrums,  Shaggy, Ben Platt, Aly & AJ, Halle Bailey, Maddie & Tae, Tomorrow x Together, Bailey Zimmerman and Lauren Spencer-Smith.

Wiz Khalifa, Finneas, Armani White, Betty Who, Dove Cameron and Nicky Youre will be performing at the L.A. Party. Roselyn Sanchez will be holding down the hosting duties in Puerto Rico where Farruko will perform while Billy Porter will be in New Orleans taking care of the Central Standard Time countdown.

This year, five organizations will be honored as Culture Catalysts. They include The Center for Black Women’s Wellness ( backed by Ciara), Fund Recovery (backed by Jessie James Decker),  Silence The Shame, Inc. (backed by D-Nice), The Sato Project (backed by Roselyn Sanchez), and Stonewall Foundation (backed by Billy Porter).