By Mallika
June 20, 2022
Share
Facebook
Twitter
Pinterest
WhatsApp
Nick Cannon was high on the love that was showered by his baby mamas on this Father’s Day. With 6 kids already out of the oven, and 2 more cooking, Nick Cannon was shouted out Sunday, explicitly, by two women who are currently carrying his children. Read on to learn more about it. 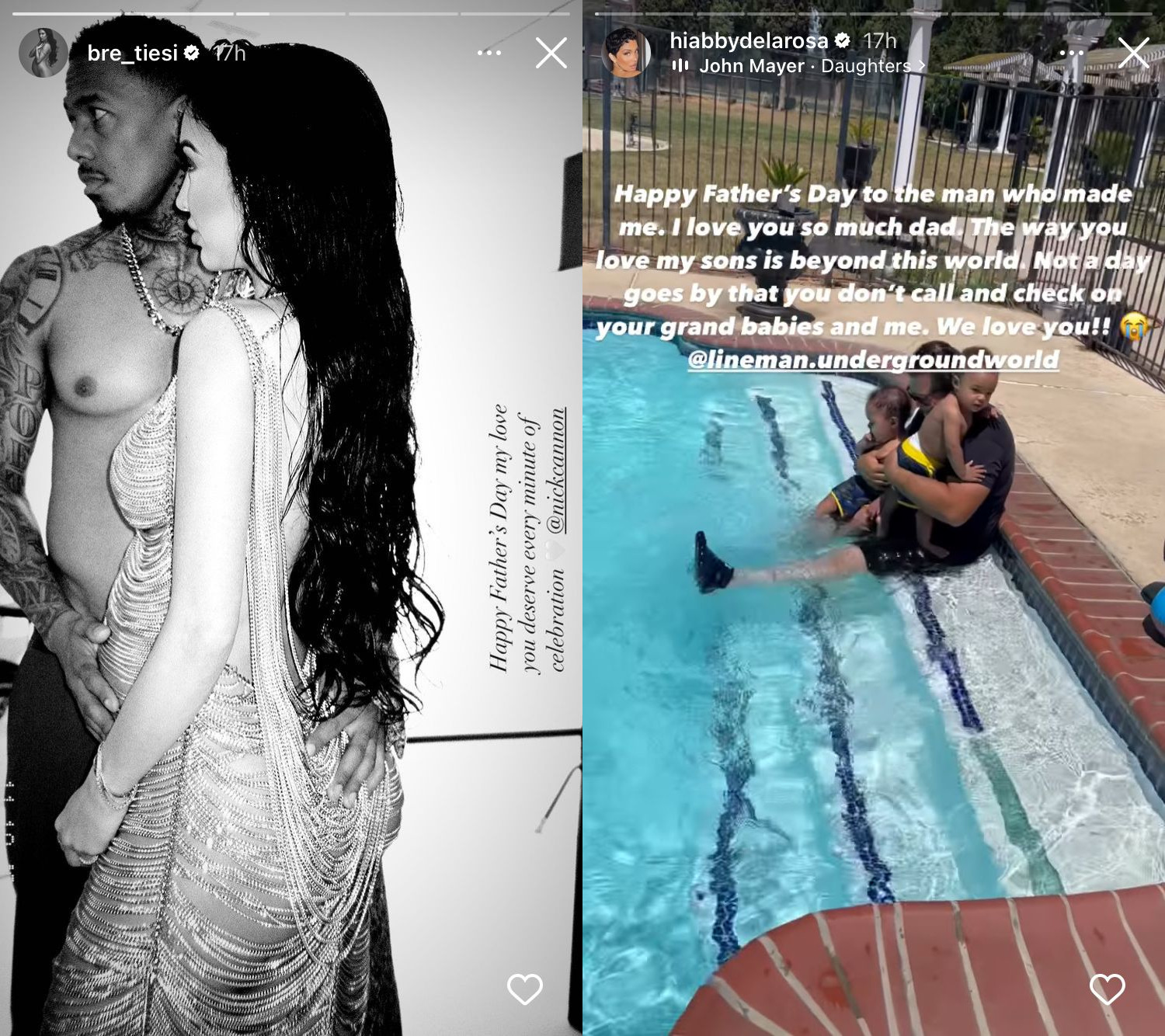 So Grateful To You Papa… 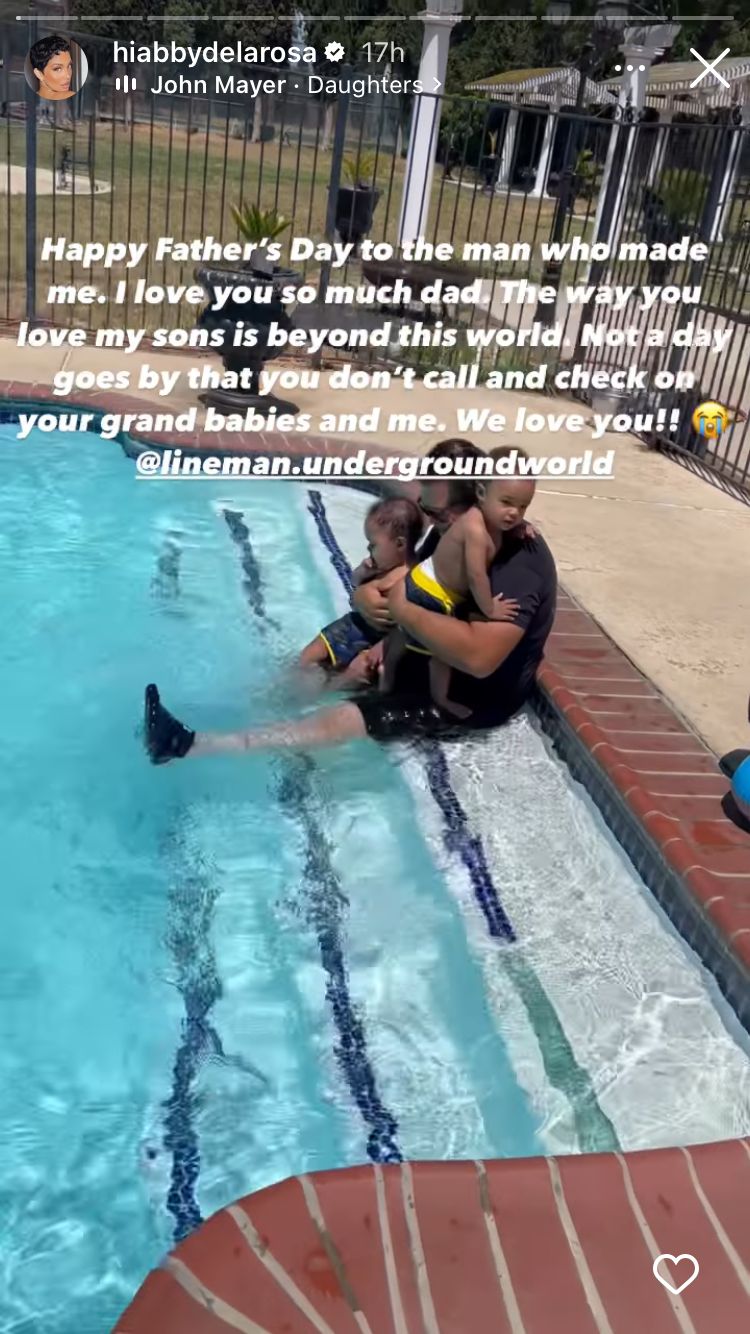 Johnny Manziel’s ex Bre Tiesi who is pregnant with the “Wild’N Out” star’s baby and Abby De La Rosa with whom he shared twins gave a shout-out to Nick on this Father’s day. The move comes amid the speculation that Nick Cannon st will soon be welcoming his ninth child. The rumoured mom of upcoming baby number nine Abby De La Rosa, 31, is one of just three of the 41-year-old Nick’s baby mamas who posted for Nick on Father’s Day on Sunday (June 19). 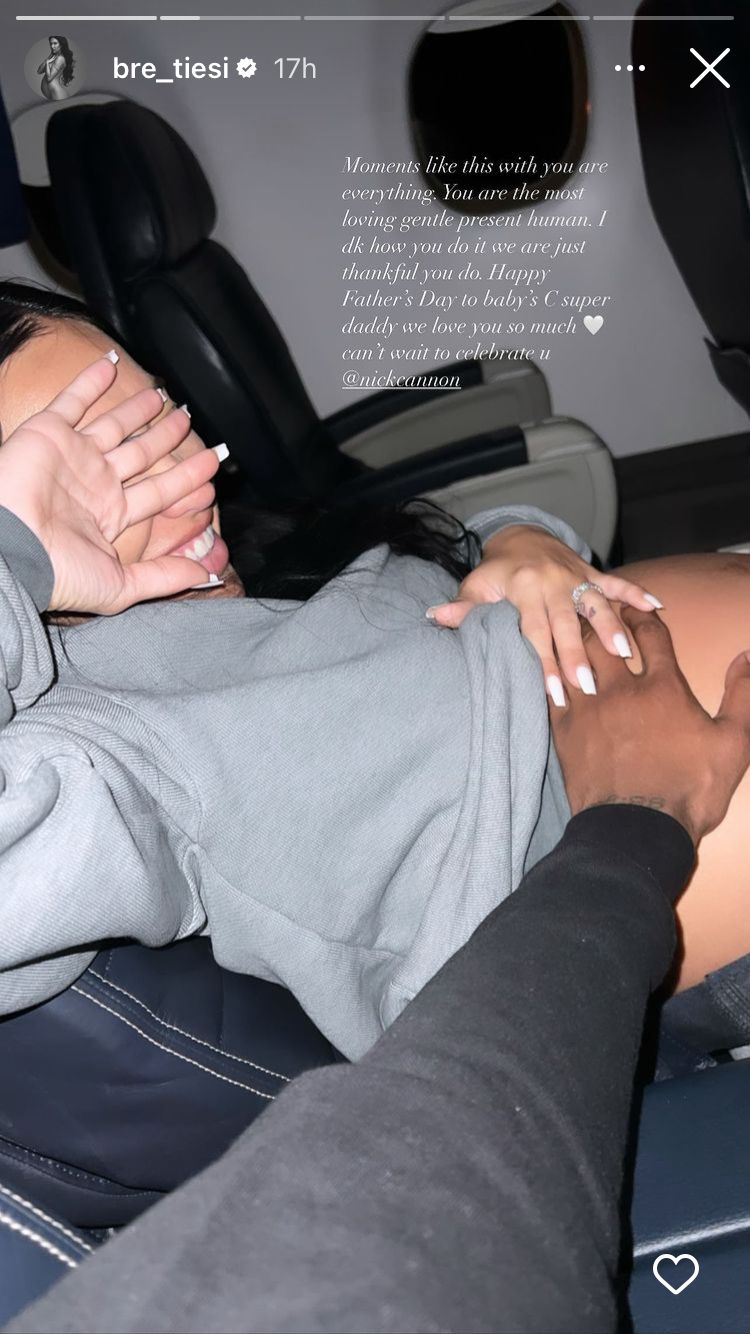 Taking to her Instagram Stories, the DJ, who already shares twins Zion and Zillion with Nick, made numerous tributes to her baby daddy. She wrote, “Happy Father’s Day Nick Cannon. We are so grateful for you papa!”

Not only this, but she also shared an adorable video at a playground with the twins and also posted a photo of herself and Nick posing with their newborns. She added, “Thank you for all you do.” On the other hand, Bre Tiesi, 31 who is also pregnant with Nick’s baby, shared an image of his band on her bump and shared a heartfelt caption: “Moments like this with you are everything. You are the most gentle loving present human. I dk how you do it we are just thankful you do. Happy Father’s Day to baby C’s super daddy we love you so much can’t wait to celebrate u @nickcannon.”

It appears like he shares a lovely relationship with all the ladies with whom he got pregnant. Interesting, isn’t it? Cannon has been married once and shares eight children with five women. Well, there is speculation that a ninth one is on its way. The Nick Cannon Show host has dated singer Christina Millian, model Jessica White and Kim Kardashian. In 2007, “The Masked Singer” host got engaged to model Selita Ebanks. However, in 2008 he ended up marrying singer-songwriter Mariah Carey in the Bahamas. Carey shares two children, Moroccan (boy) and Monroe (girl) with Cannon. The ex-couple got divorced in 2016 after an on-and-off relationship.

Apart from this, Cannon has two children two Brittany Bell: a son, Golden and a daughter Powerful Queen. Last year in June, DJ Abby De La Rosa gave birth to his twin sons Zion and Zillion. In the same month model, Alyssa Scott gave birth to his seventh child Zen, who died of brain cancer in just five months. Cannon decided to become a celibate for some time.

Earlier this year, the “America’s Got Talent” host announced his pregnancy with Bre Tiesi and is also expecting his ninth child with De La Rosa who is already a mother to his twin boys. Cannon surely is a busy man, eh!