The NFL player JJ Watt is going a dad! Watt and his wife Kealia announced that they are expecting their first child together on the social media platform Instagram on Thursday. Keep reading to catch a glimpse of their baby announcement. 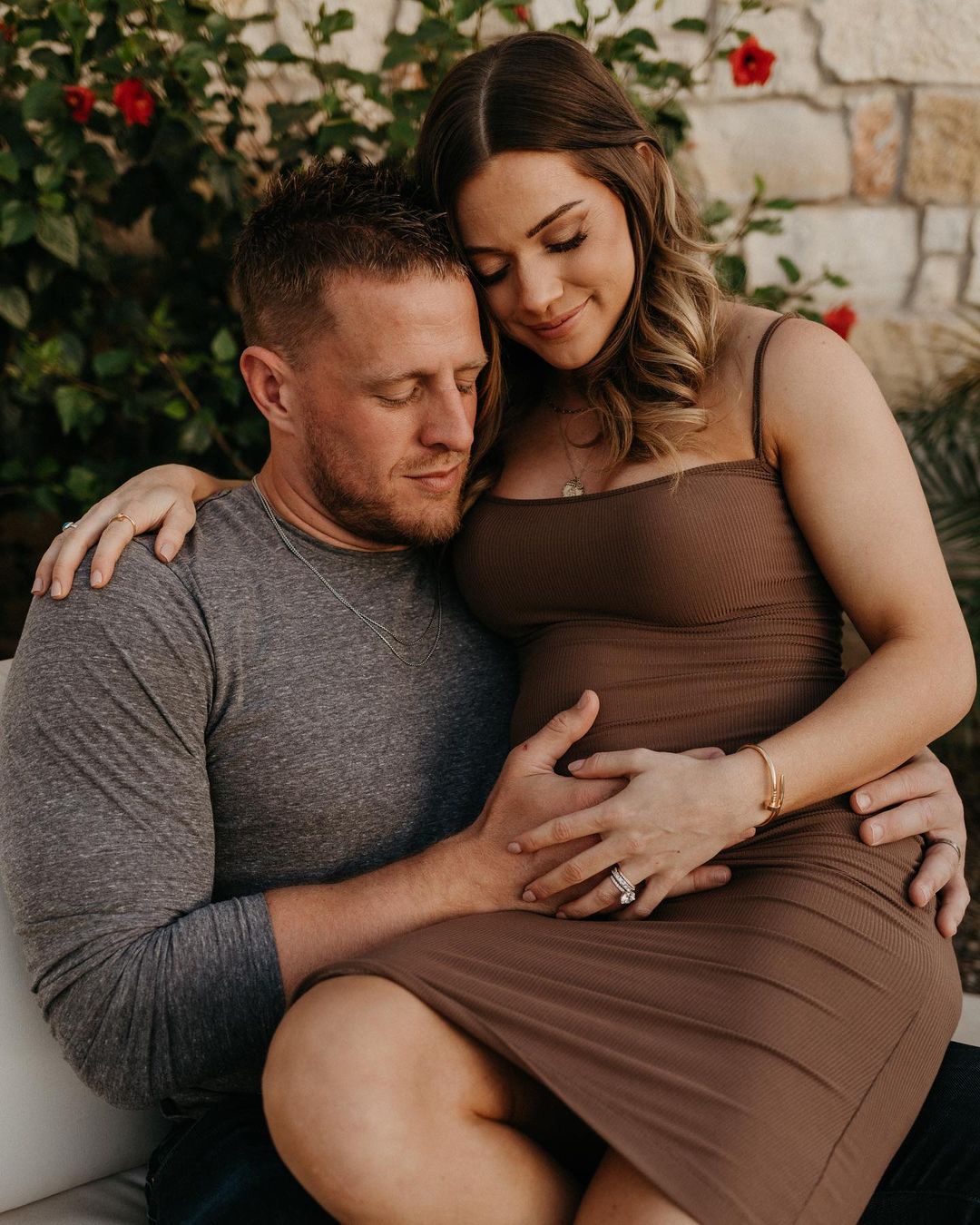 JJ Watt and Kealia have a baby on board

The Arizona Cardinals player and 2012 FIFA U-20 Women’s World Cup champion took to their respective Instagram pages to share the exciting news with their fans all over the world.

JJ and Kealia dropped a series of pictures on the social networking service Instagram in which Kealia can be seen cradling her baby bump under a brown bodycon dress. “could not be more excited. ❤️💙”, Watt captioned the post.

On the other hand, Kealia also posted a carousal of pictures on her Instagram profile. She also revealed her due date in the caption of the post. Baby Watt is expected to join the Watt family in October.

When did Watt and Kealia get married?

JJ and Kealia exchanged their vows on Valentine’s Day weekend of 2020 in the Bahamas. Around that time, the duo shared the snaps from one of the most special days of their lives on Instagram.

Kealia wrote, “The best day of my life❤️ I love you forever @jjwatt @corbingurkin”, in the caption of the post.

Watt and Kealia celebrated their 2nd wedding anniversary in February

The couple has never been shy from showering each other with love on various occasions like birthdays and anniversaries on various social media platforms. Watt paid a sweet tribute to his wife on the occasion of their second anniversary.

“I don’t know where or how this tradition started, but every time we get dressed up for an event or go somewhere together, we take a photo in the elevator. It’s a 10 second thing that captures a moment for us to remember as we look back at all the photos and reminisce on the nights and events that have passed”, he captioned the post.

Watt further added, “Through 2 years of marriage, many memories have already been created, with so many more on the horizon. (It’s also a way for me to look exponential better because you bring the 🔥 every time.) Happy Anniversary @kealiamae.”
Kealia marked the special day on her Instagram and wrote, “2•15•20 The best day and the best two years married to you. Happy Anniversary, I love you so much @jjwatt”

The American football defensive end is all set to enter his second season with the Cardinals, he spent a large majority of his first season off the field due to a shoulder injury. He cracked a deal with the Arizona Cardinals in March of 2021 post being released by the side of Houston Texans. He was with the team for a total of 10 seasons.

We send our hearty congrats to JJ Watt and his wife Kealia as they are expanding their family. We wish them nothing but the best of everything. Don’t forget to stay tuned with us for the latest updates from the world of showbiz.