The world watched anxiously in 2018 when a dozen boys from the Wild Boars, a youth soccer team in Northern Thailand, and their coach were rescued after being trapped for more than 10 days inside a flooded cave. 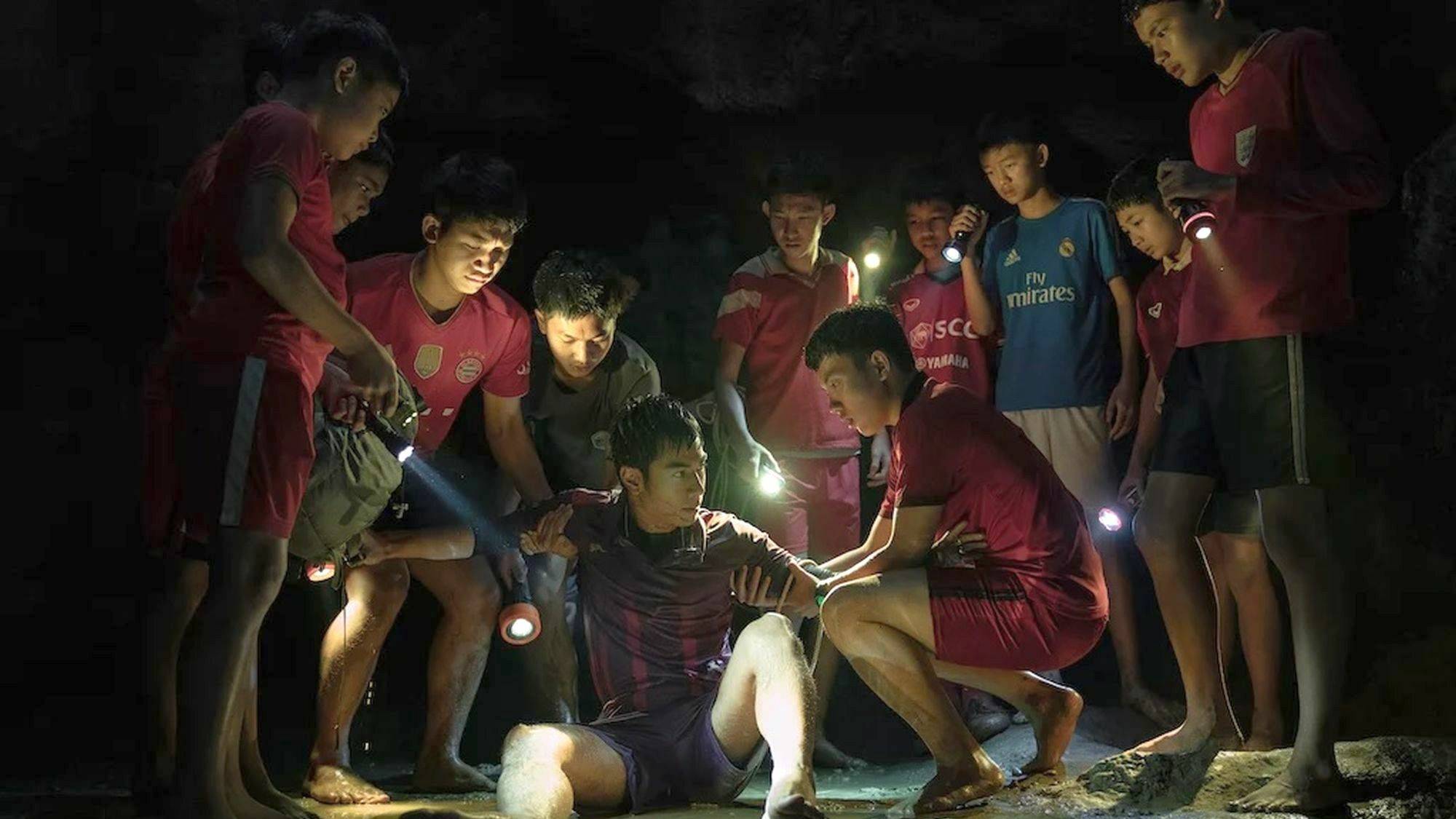 The rescue effort became an international sensation, as millions of people tuned in from around the globe. The story of the boys trapped in a cave for more than two weeks was one of hope and heartbreak with each new development leading to more questions about whether they would survive.

The rescue operation inspired many different kinds of people including cave divers, who risked their lives to save them; military personnel who provided assistance; journalists who covered the story; and ordinary people who donated money or supplies. 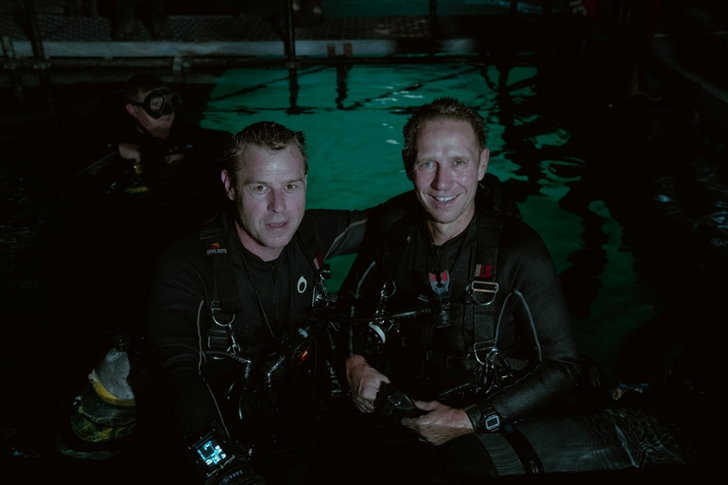 The incident has now taken a place in the form of limited series by Netflix that captivates the global issue in a series format based on the real life rescue operation. Here’s everything you need to know about the upcoming series.

The streaming platform that thrives on serving us with a platter of uncomfortable yet challenging stories is now presenting one of the most dreading experiences of all time “Thai Cave Rescue”. 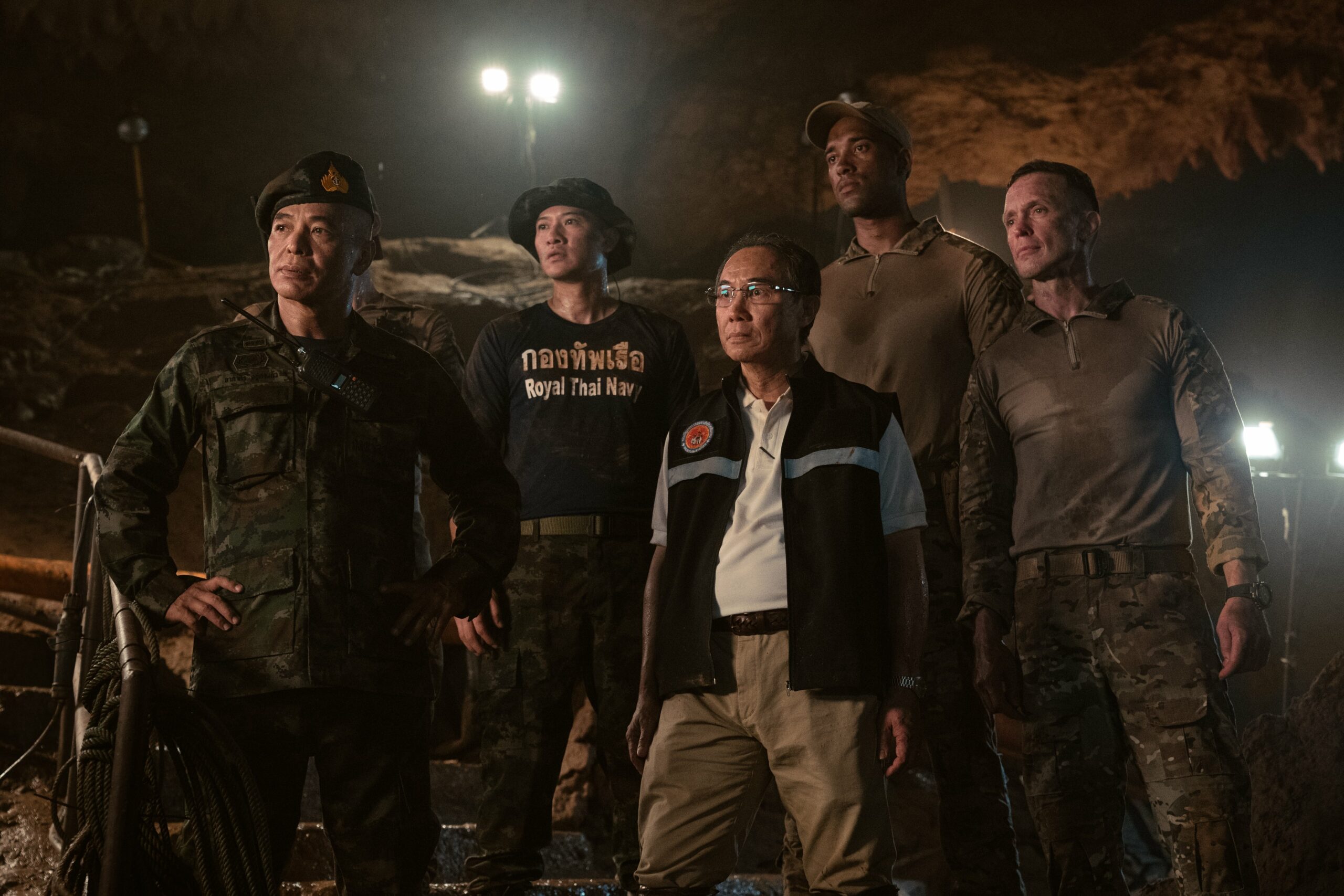 Thai Cave Rescue retells the story of how the Thai cave diving coach, Eak Supanarn, and a team of 12 young boys were trapped in a flooded cavern for 18 days—and then freed by divers.

The new series will focus on the stories of the boys who were trapped in a cave, giving their perspectives as they went from having fun to facing dire circumstances.

Thai Cave Rescue: what is the series about? 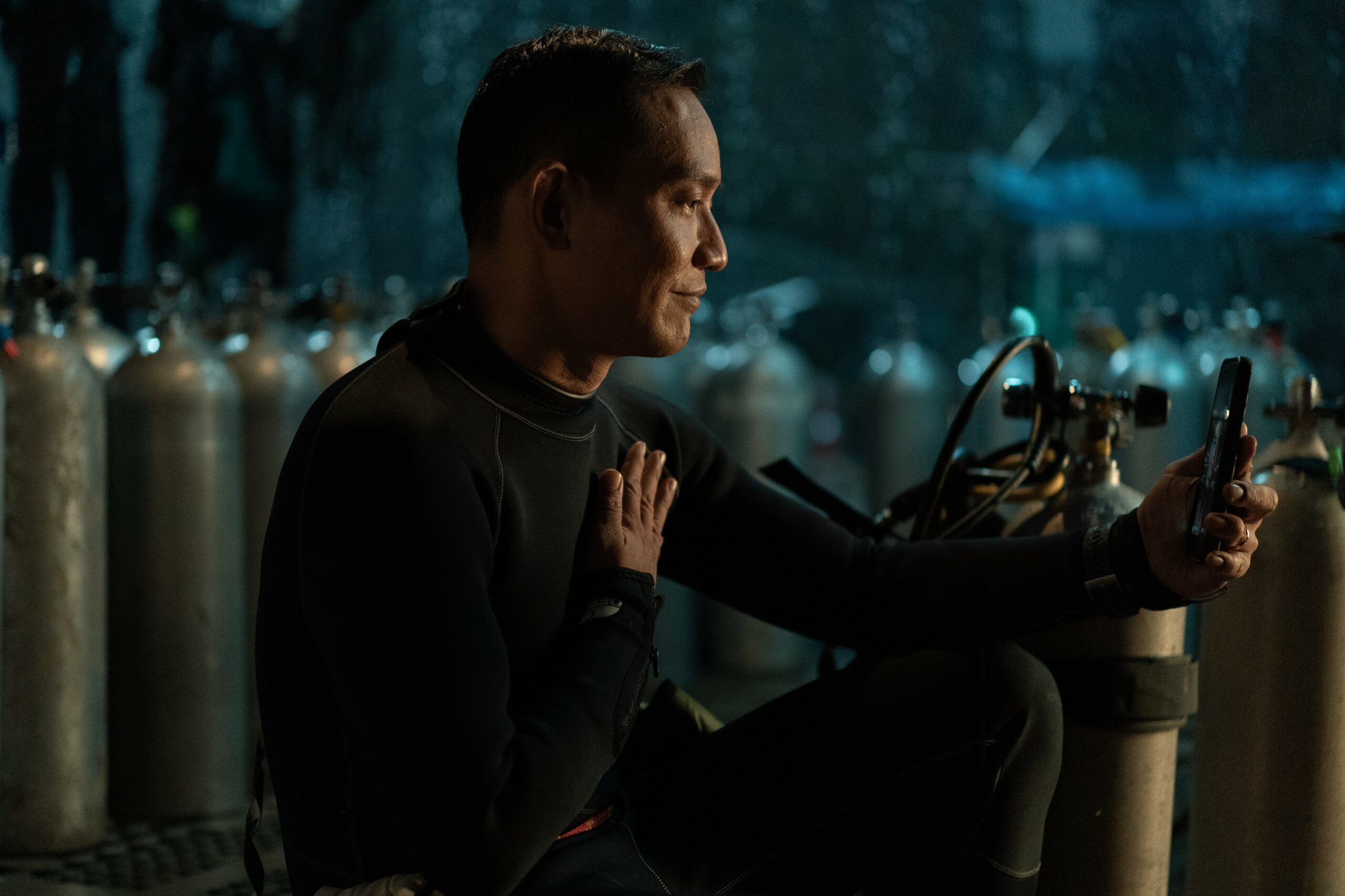 It was one of those stories that felt more like fiction than reality: 12 young boys trapped deep underground for weeks, praying for food and air, huddling together in darkness, frightened but determined not to let their ordeal overwhelm them. But it wasn’t fiction.

It was true. And it was terrifying. The boys, aged 11 to 16, and their 25-year-old coach were rescued by a team of Thai Navy SEALs and international experts after they spent more than 10 days trapped in pitch-dark water. 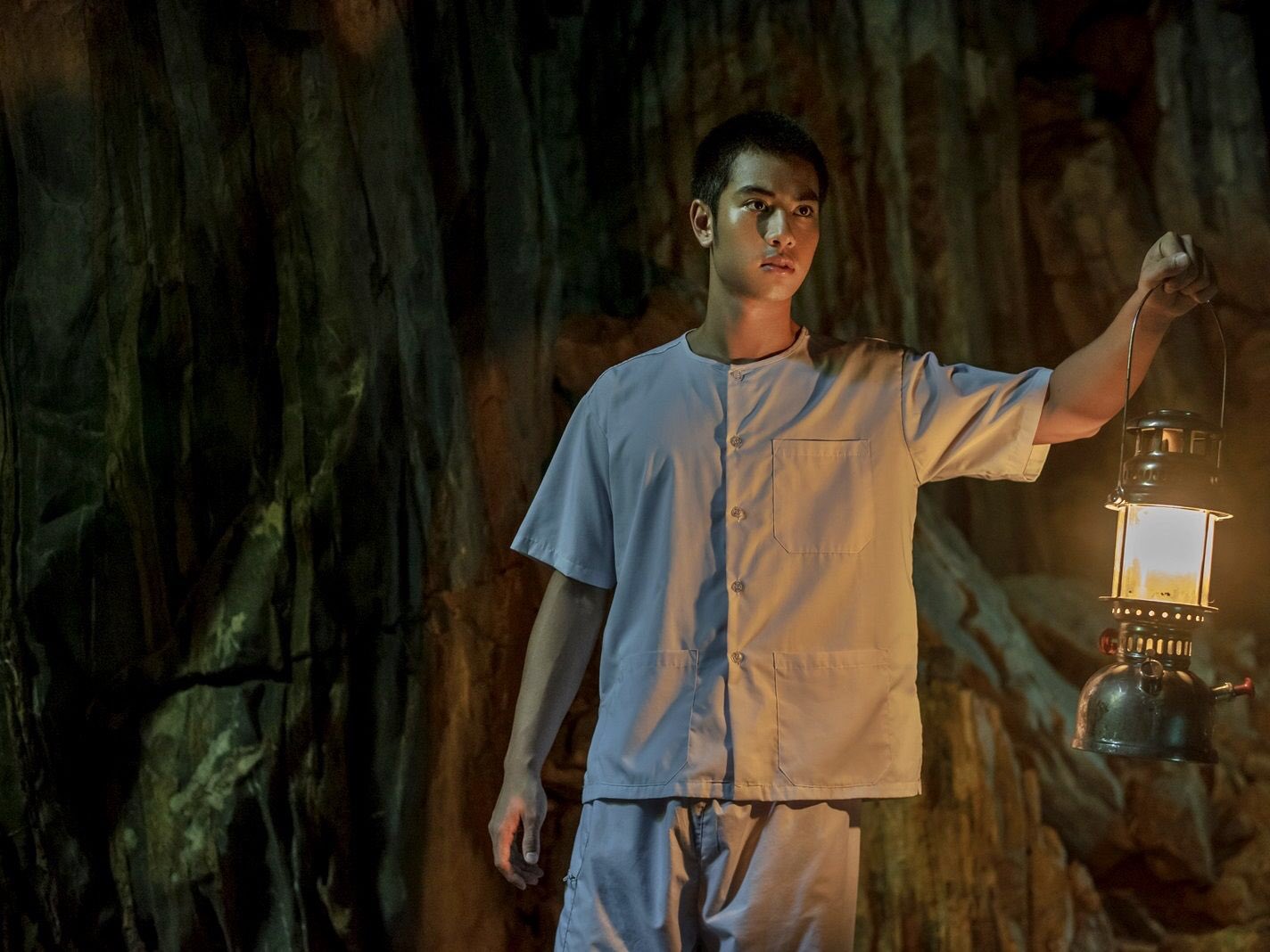 They spent four days marooned inside the caves before finally being extracted by an army of rescuers. The operation took nine hours. The story captured the attention of millions worldwide, as reporters and social media users tried to keep up with the developments.

The upcoming limited series is going to explore this incredible rescue mission, including more background on the experiences of Coach Eak and 12 boys who were trapped inside a cave for over two weeks. 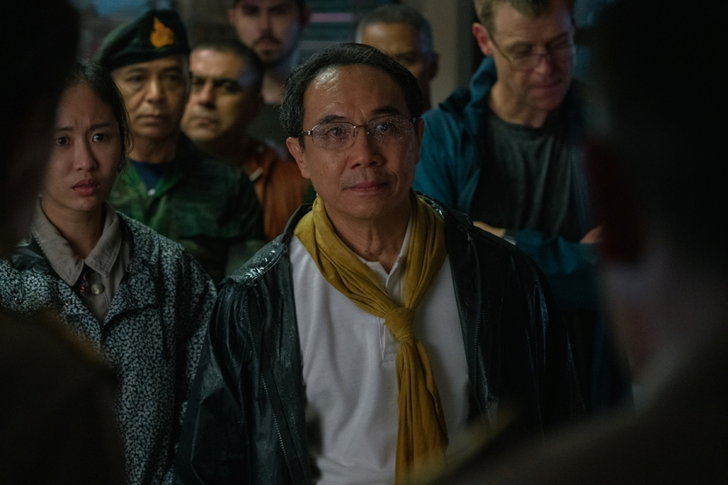 In addition to interviews with real-life survivors from Team Wild Boars, you’ll see props used during some key moments in 2018’s eventful journey.

While there are certainly two sides to every story, the way things look on either side can vary depending on the situation.

For example, the true story behind Netflix’s newest show is a perfect example of this because it revolves around a group of people who risked their lives to rescue others when they were stuck in a brier.

On one hand, a group of soccer players and their coach were trapped within a flooded cave system in Thailand after they completed a routine exploration. On the other hand, there is an elite rescue team of divers who made a huge effort to rescue them by putting their lives at risk. The trailer for the limited series directed by Thai filmmakers Kevin Tancharoen and Baz Poonpiriya shows exactly what viewers were waiting to watch.

Although, the 2019’s documentary on the Rescue stated pretty much similar things the fictionalised element in this mini series is what gives this one a big thumbs up! A semi-biographical series with scenes of the team together really packs a punch emotionally. Netflix is bringing the six part series about the Thai cave rescue operation on September 22nd. The series will be released globally on the same day for the world to witness the largest rescue operation.

Where has the Series been Filmed? 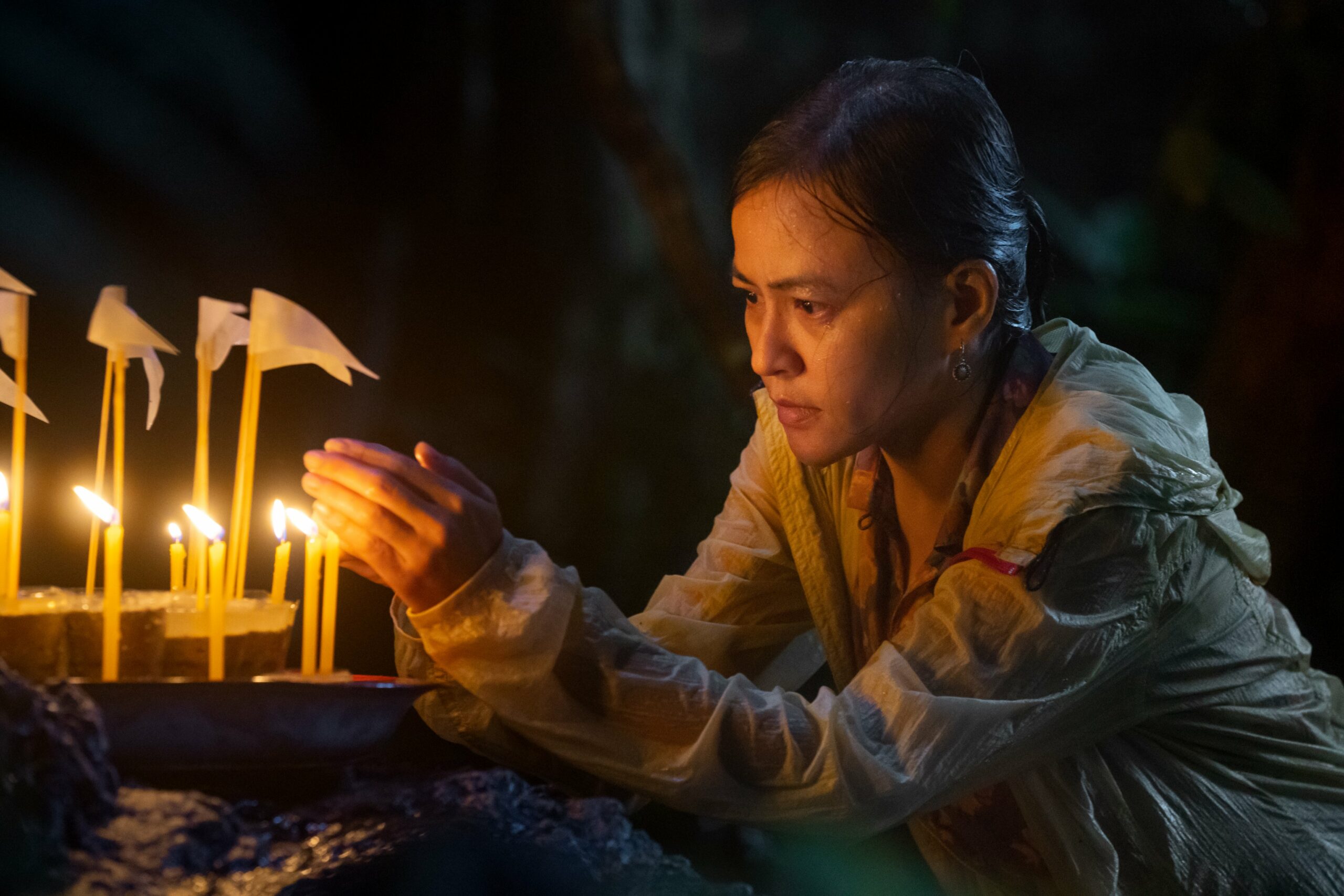 The series has been filmed entirely in Thailand including the real location of the incident, Tham Luang cave.

As filming the entire segment was getting difficult. Film crews weren’t able to shoot inside the whole cave, so they first use 3D LIDAR technology to scan them. Then they simulate the interior caverns of Tham Luang on a soundstage. 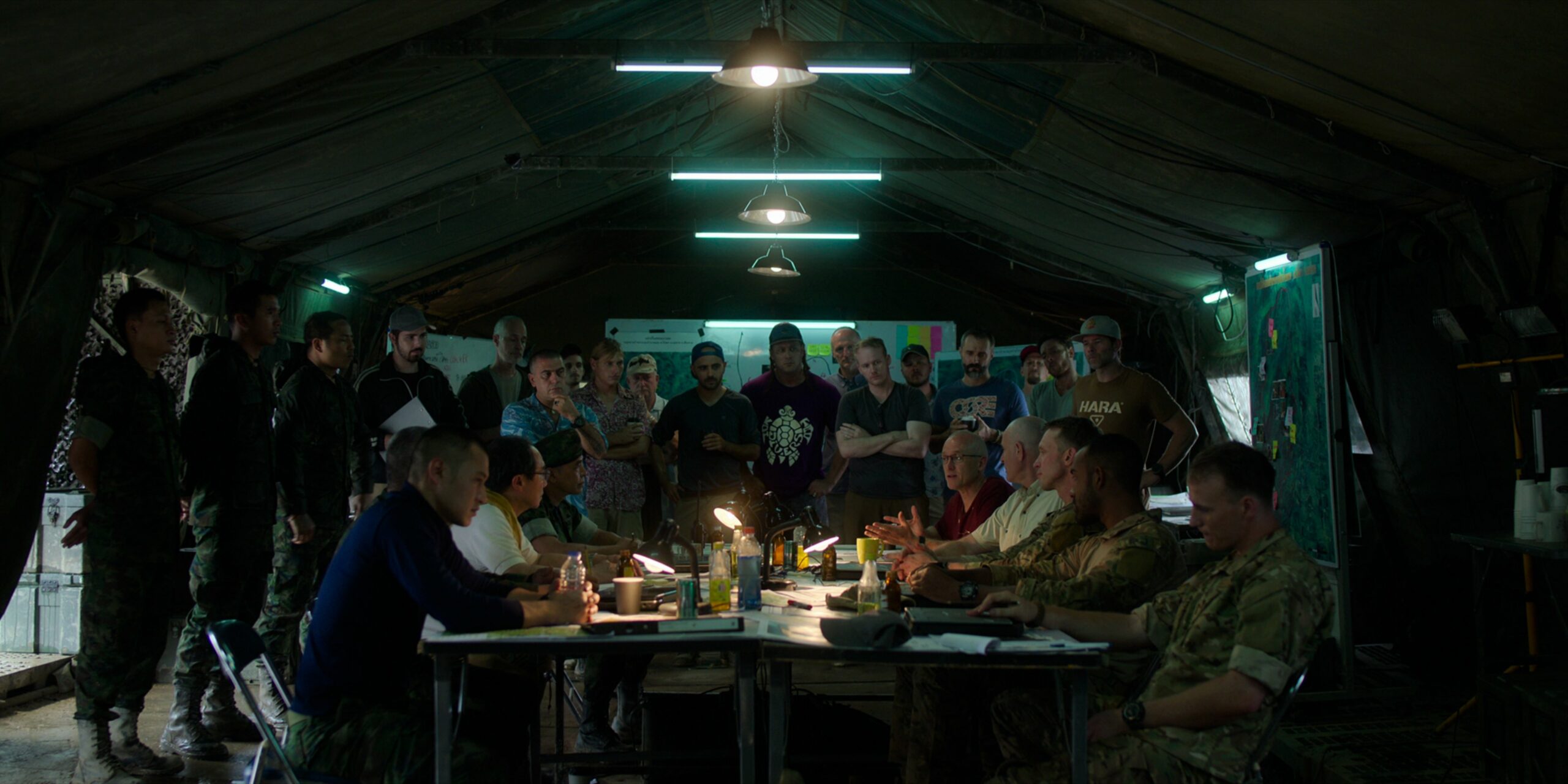 Showrunner, Ledoux Miller shared a little thank you note for the crew with the release date announcement. He expressed his gratitude to the people who were involved in the filming drenched in the mud that filled in the cave.

Bombarded with five different levels of rain for hours on end, spent weeks creating a LIDAR scan and then recreated caves on set; they also spent hours underwater slamming against rocks. 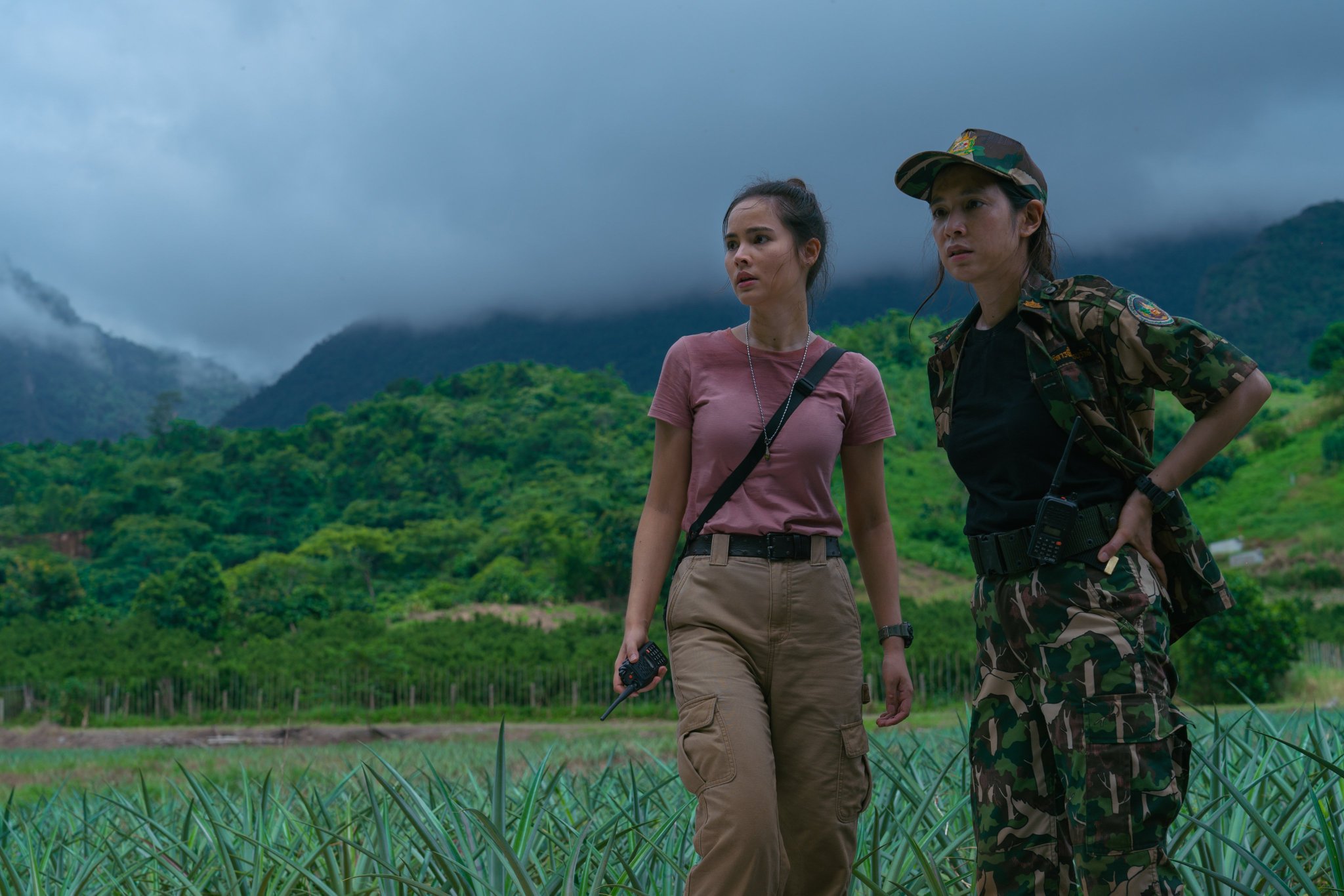 The casting of the series is one of the remarkable elements. The casting for the youth soccer team of 12 players has been played by local Thai actors but the filming is being executed in the real homes of the 12 boys. 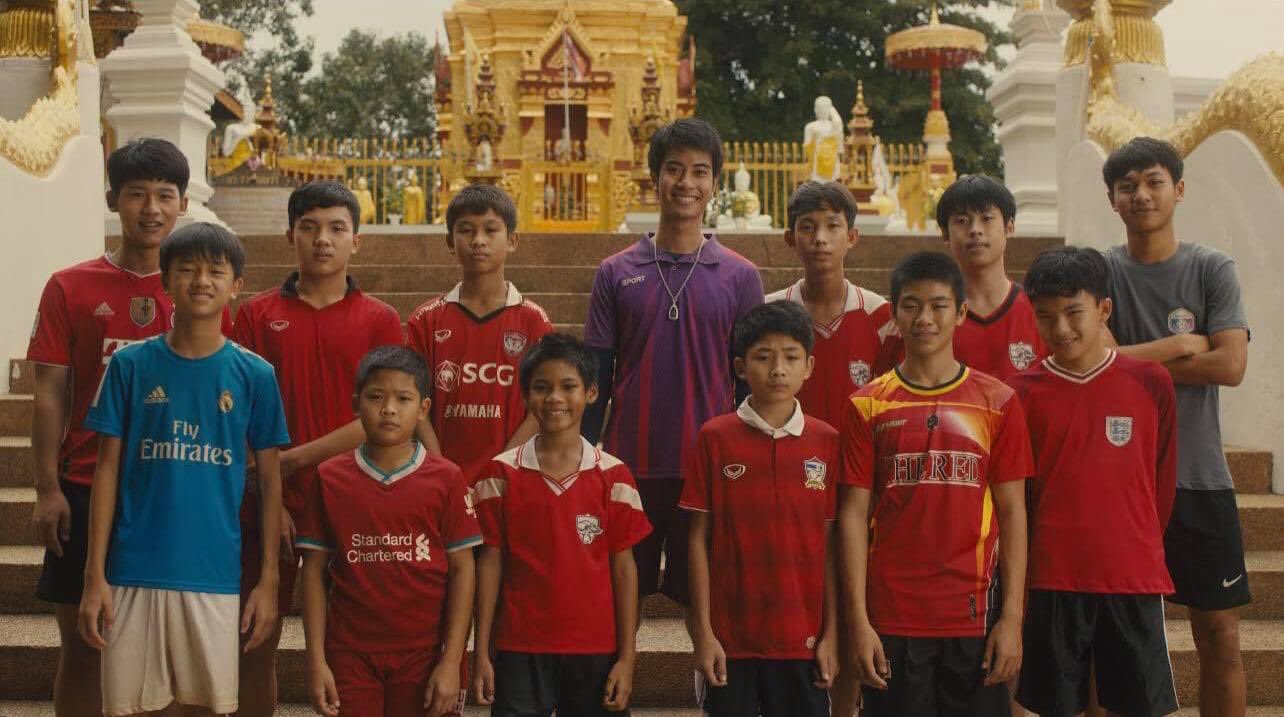 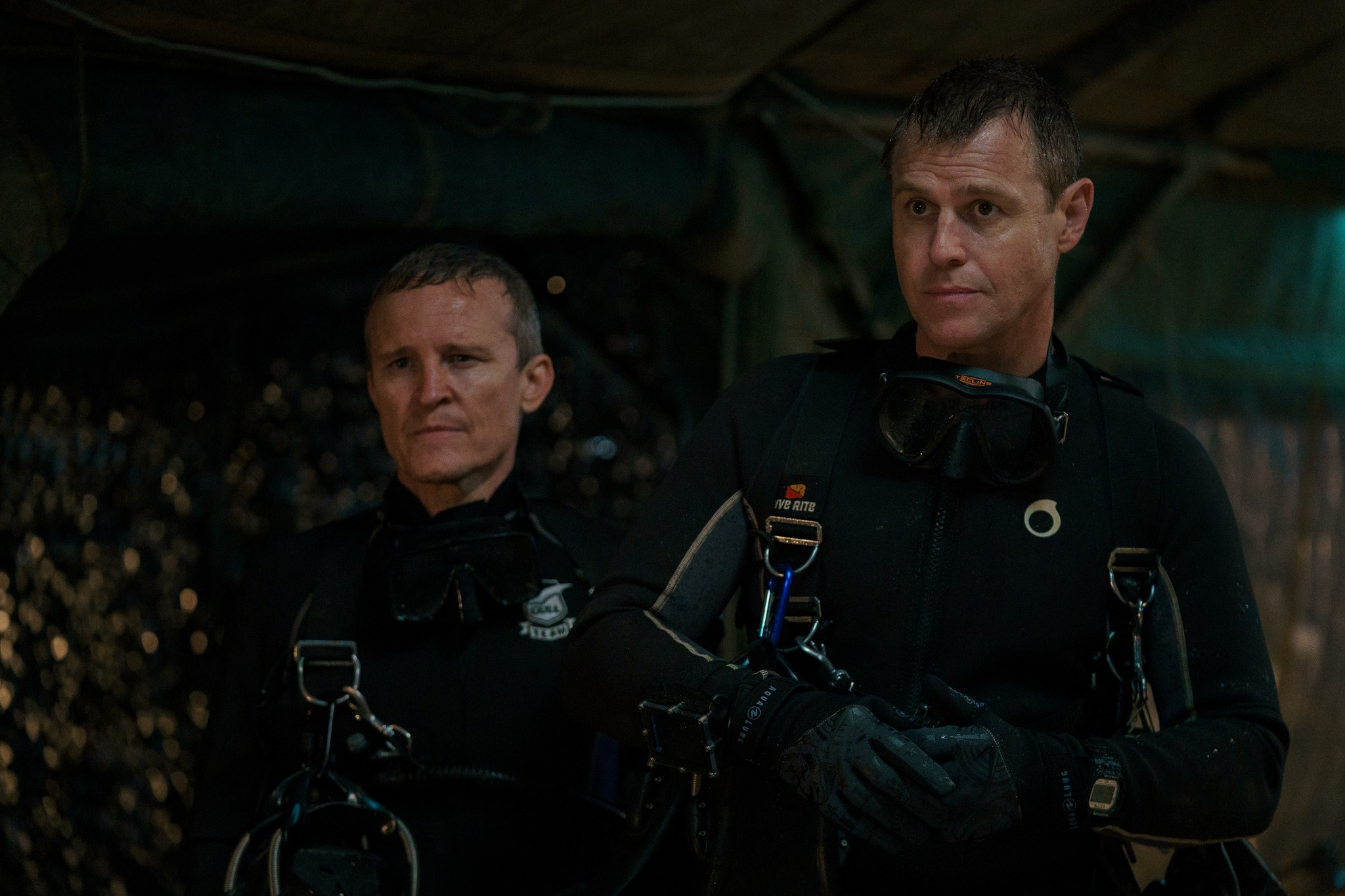 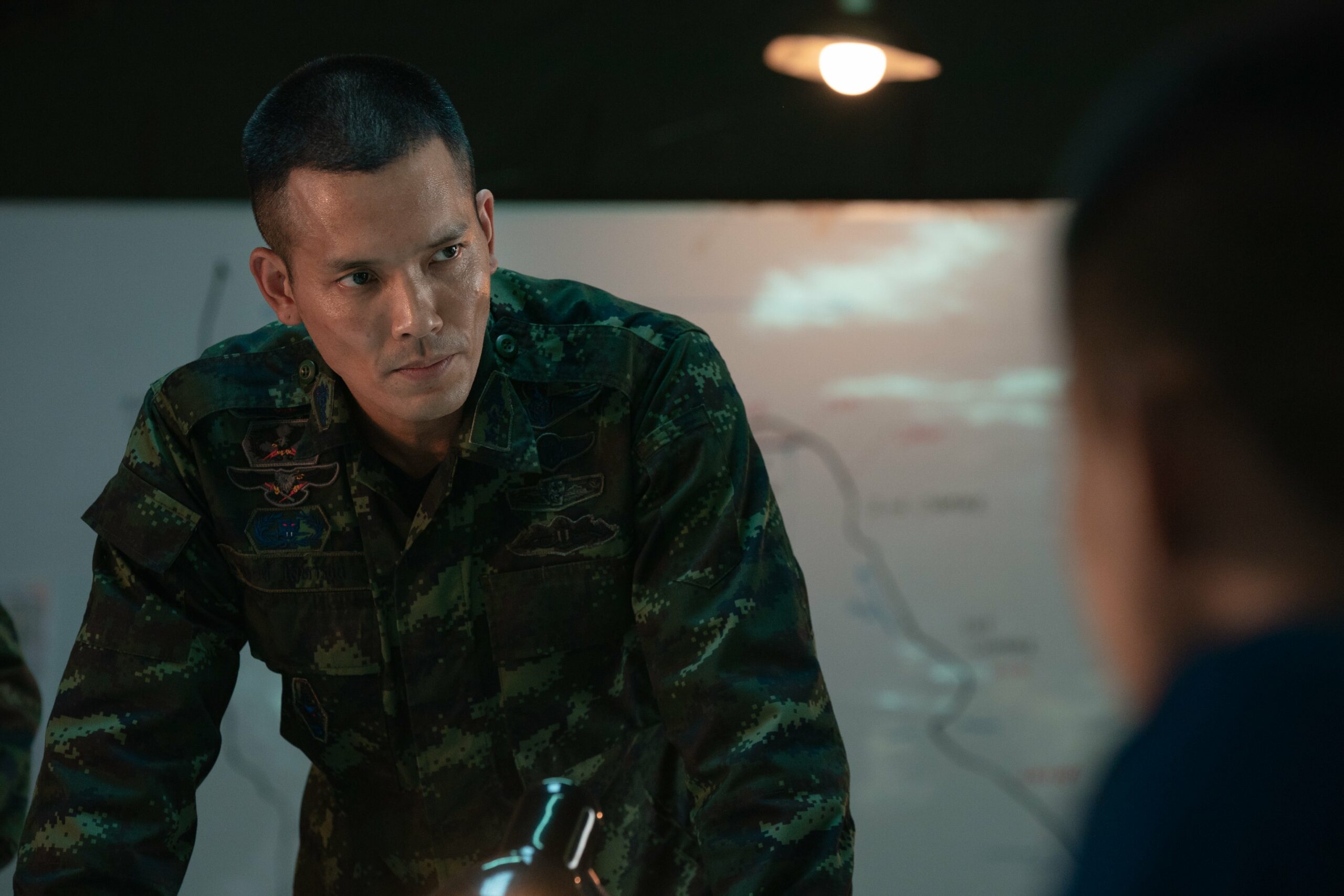 Dr Harris, the Australian anesthesiologist and cave diver who was part of the real rescue operation in the Thailand cave also has a pivotal role in the Netflix series. He plays the body double for Rodger Corses who plays Dr Ricard Harry.

The series was created by Michael Russell Gunn and Dana Ledoux Miller and directed by Thai filmmaker Baz Poonpiriya.