This part of Money Heist appears to be really fascinating. We still don’t know what role Berlin’s son will play in the future story, as you all know. Money Heist Season 5 Part 2 will consist of 5 episodes and will premiere on December 3rd, 2021. ‘The World’s Greatest Heist Comes To An End’ is how Money Heist Part 2 is characterized. 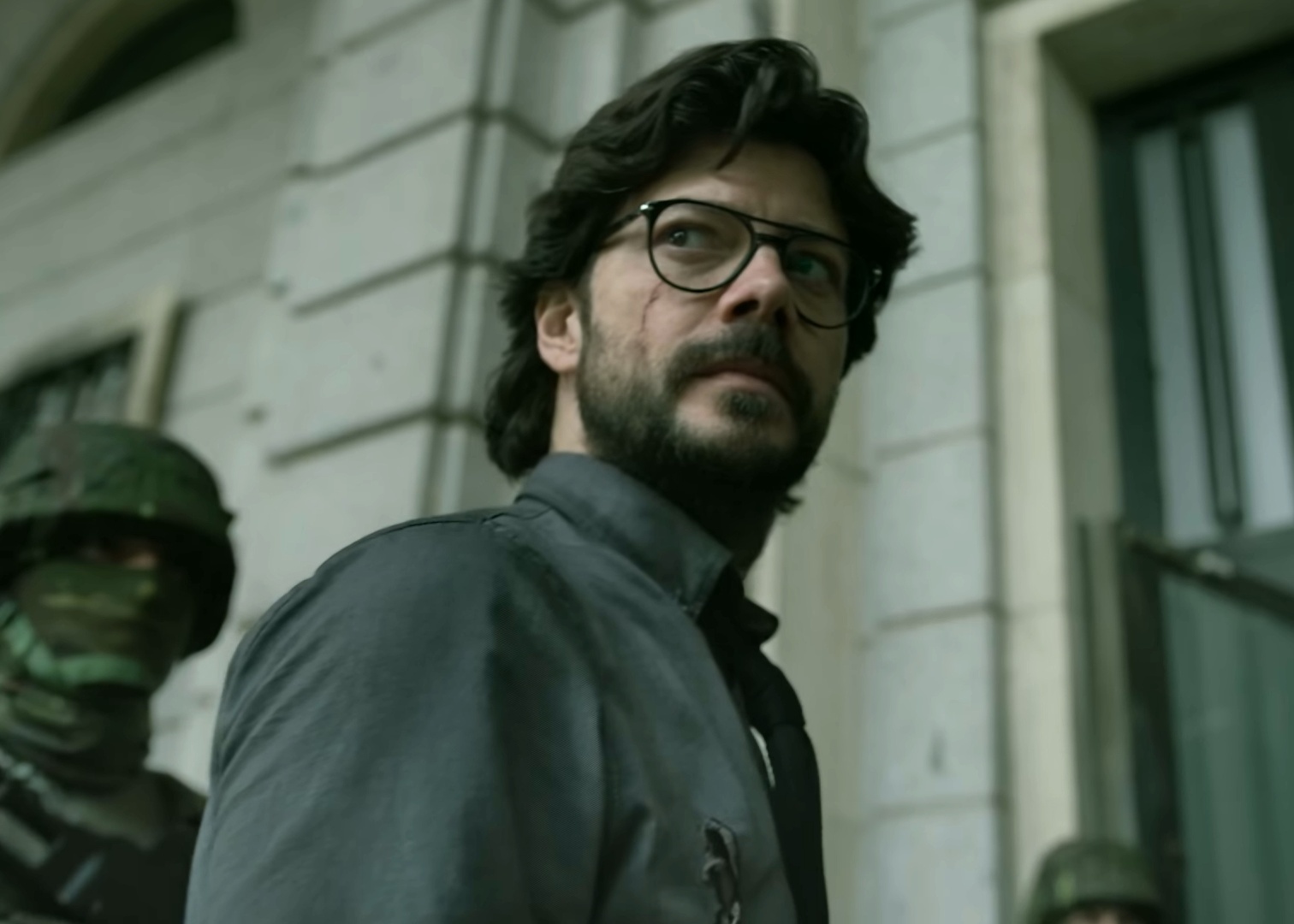 The much-anticipated trailer for Season 5’s Part 2 was finally released on Wednesday, and it has piqued the interest of fans. Well, the trailer sparked our interest, and we’re excited to see what’s ahead. We can’t believe they’re going to get caught. Maybe that’s part of the plan, or maybe isn’t.

At the beginning of the Money Heist Season 5 Part 2 trailer, shows the Professor enters in a red Beetle. And the soldier’s chief declares, ‘We came in here to complete a mission. Put an end to this heist.’ And that’s what we’re gonna do.’ 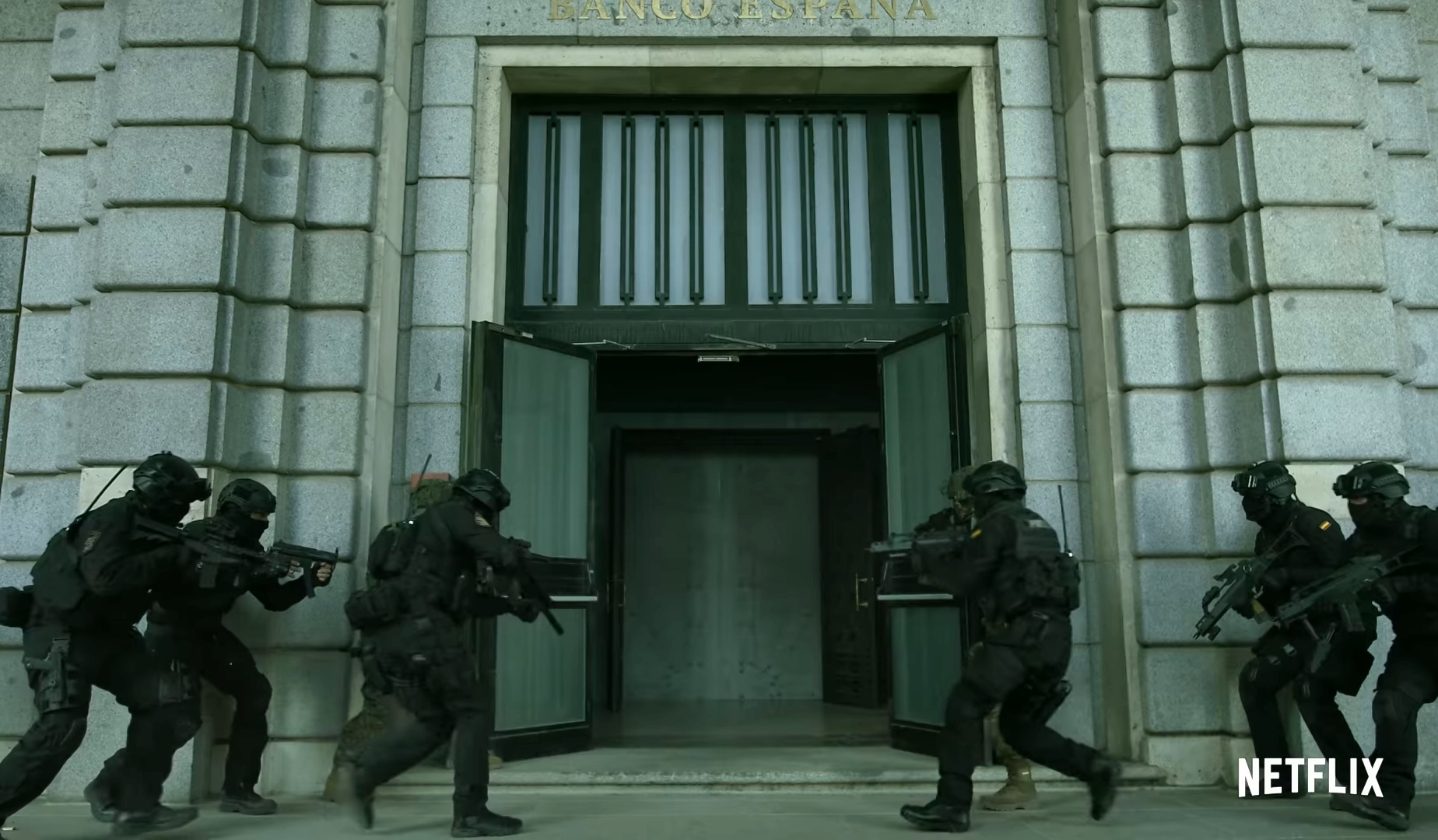 Palermo tells Helsinki that ‘I really doubt we’re gonna to get out of here,’ as the military prepare to march in. ‘You’ll get me out of here,’ Helsinki replies to Palermo. You promised, and you’ll do it.’ Palermo was there for Helsinki when his leg was crushed by a large pillar, as we all know. 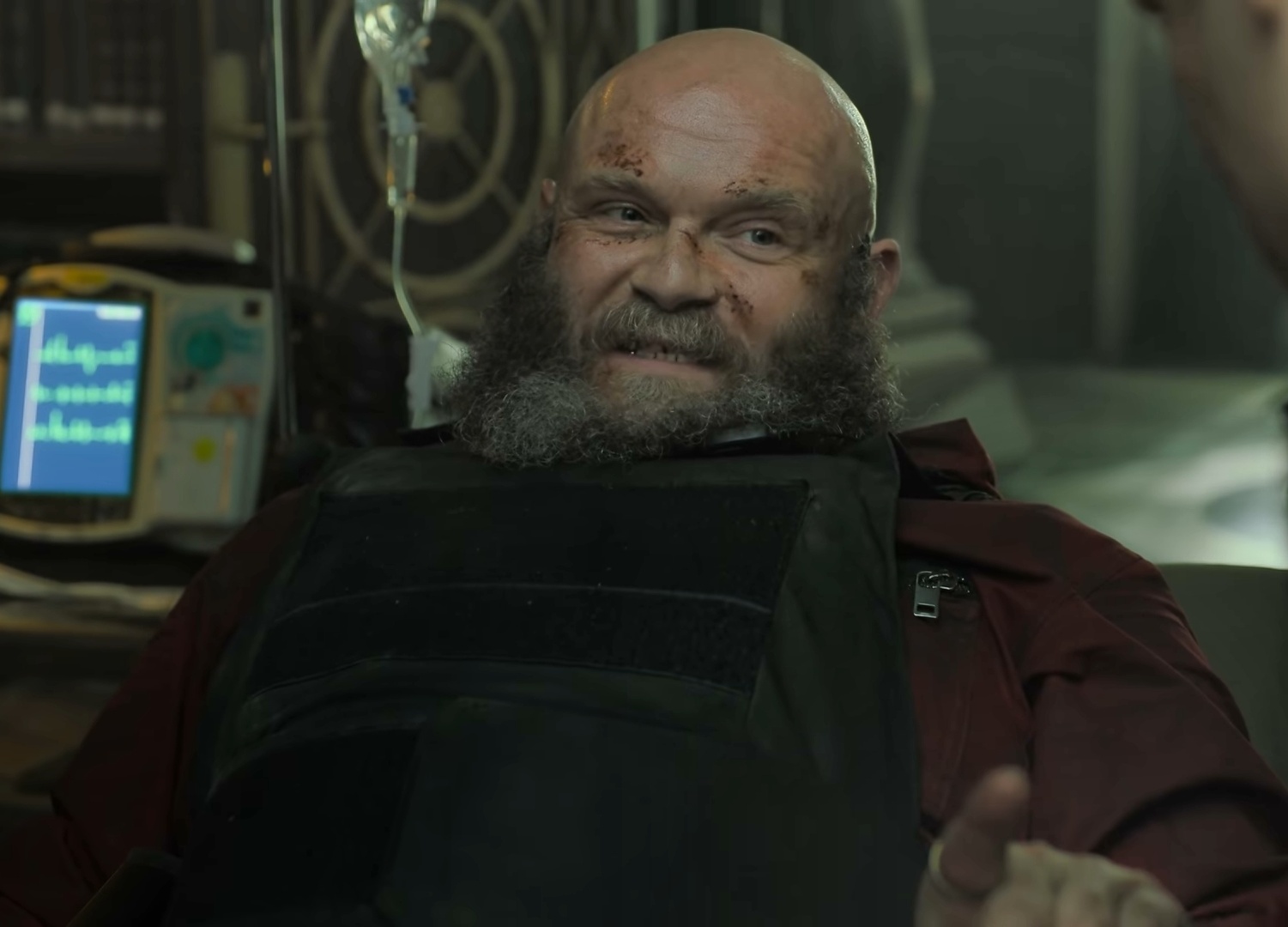 The trailer is absolutely packed of action sequences. Viewers are eager to know whether Alicia will join the gang or go against it. Watch the official trailer below :

Tokyo’s death has left everyone devastated, as shown in the trailer. Also the soldiers broke into the bank and there’s a lot of action that we can see. Professor’s hideout has most likely been discovered, as Professor revealed in the trailer, “They Know We’re Here.” 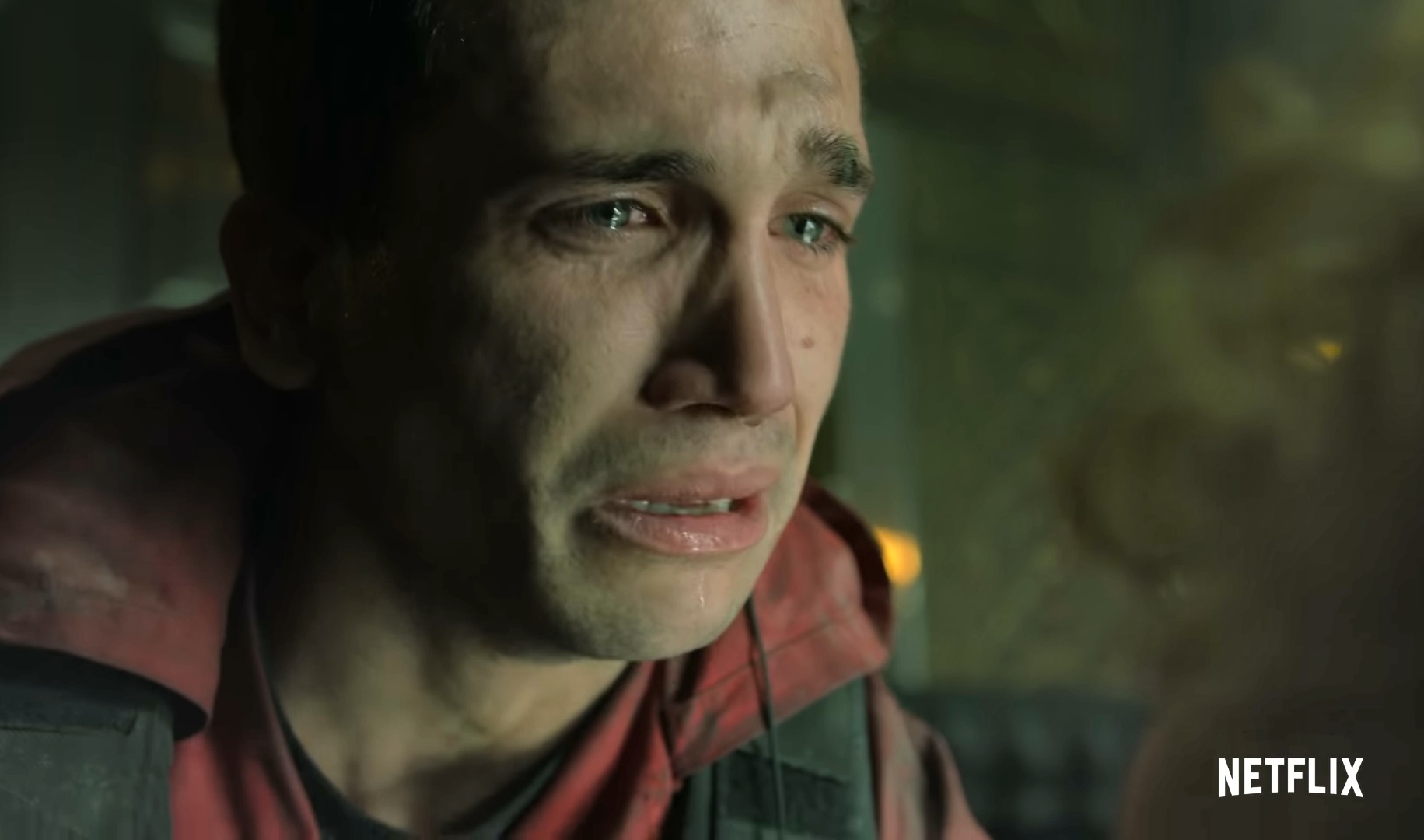 There was also a peek of Berlin, as seen in trailer. And he was also shown in Season 5 Part 1 of the series. At the end of the trailer, it was shown that the entire gang was caught by soldiers while fighting, and they lost. In this final installment of the best series, there will be plenty of action and adventure.

How Will Money Heist End?

The Professor looks to have given up and enters the Bank of Spain on his own. Is it, however, truly giving up? The Mastermind, aka the Professor, who has always chosen to play hide and seek with the cops and negotiators, has finally taken matters into his own hands and emerged from hiding to show himself not only to the cops, but also to the rest of the world.

How do you think La Casa de Papel / Money Heist will end? pic.twitter.com/t6P9NBRwxC

Maybe it’s all part of Professor’s plan. Who will make it through the final episode, and who will triumph in the long-awaited final war? What do you believe will happen? Perhaps it’s all a ruse, or perhaps it’s true. 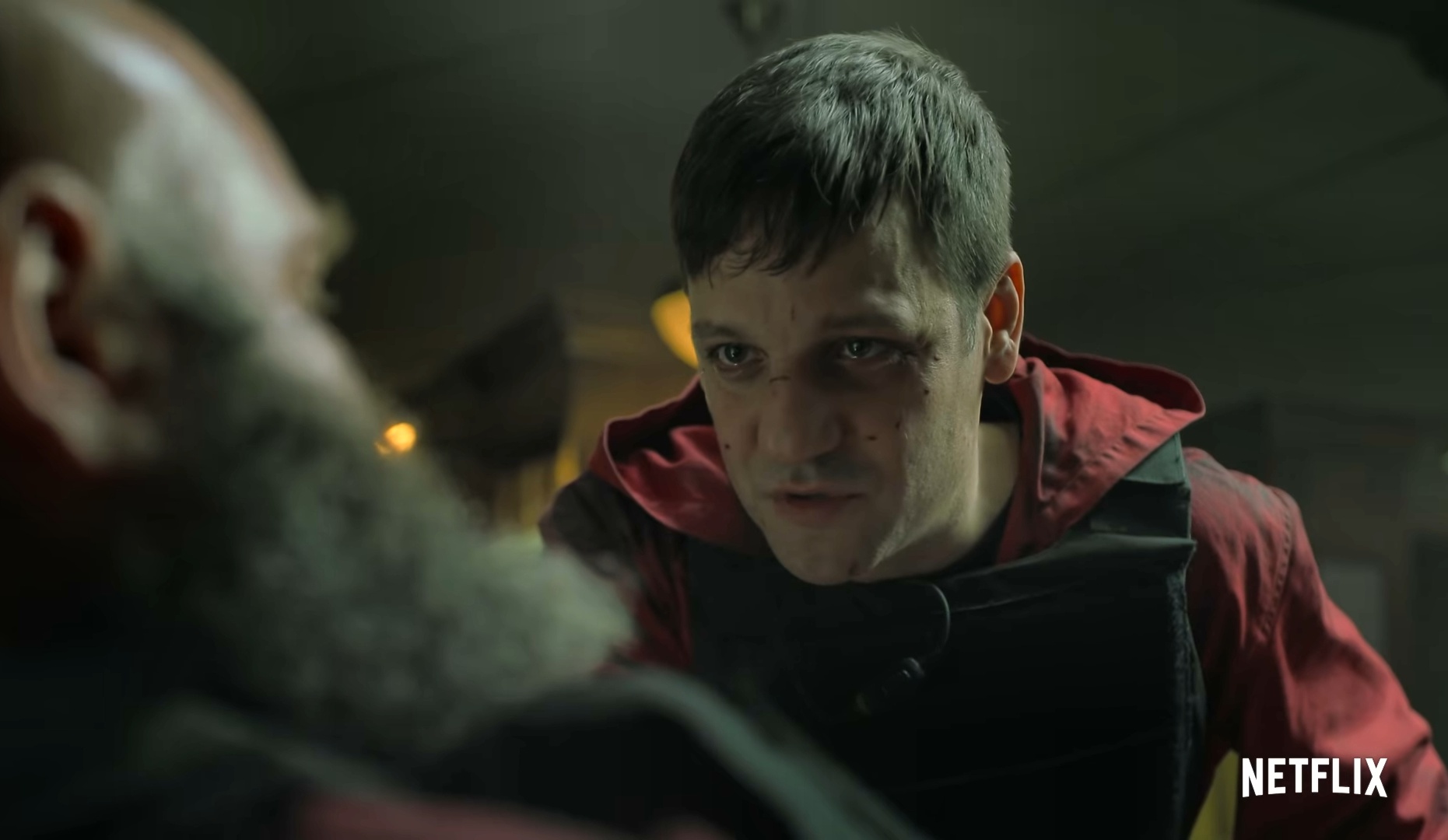 Another concern that everyone is curious about is what role Berlin’s son will play in the future part. Maybe he’s going to rescue the team or maybe something else is cooking. Alicia may choose to join the gang or to oppose them, despite what professor has done for her. We’re excited to see what’s in store for us.

This finale is going to be the best finale. Though it’s unfortunate that the series is coming to an end, we hope it was well worth the wait. And the ending will be satisfying. We don’t want any loopholes. Probably, this part will clear all our concerns.