Millie Bobby Brown, famously known for her role as Eleven on Netflix’s record-breaking series, “Stranger Things”, couldn’t stop speaking about her pet bunny. During her appearance on “The Tonight Show”, Millie told Jimmy that she gets it on the set in a stroller, and even hinted at a potential collab with Mariah Carey. 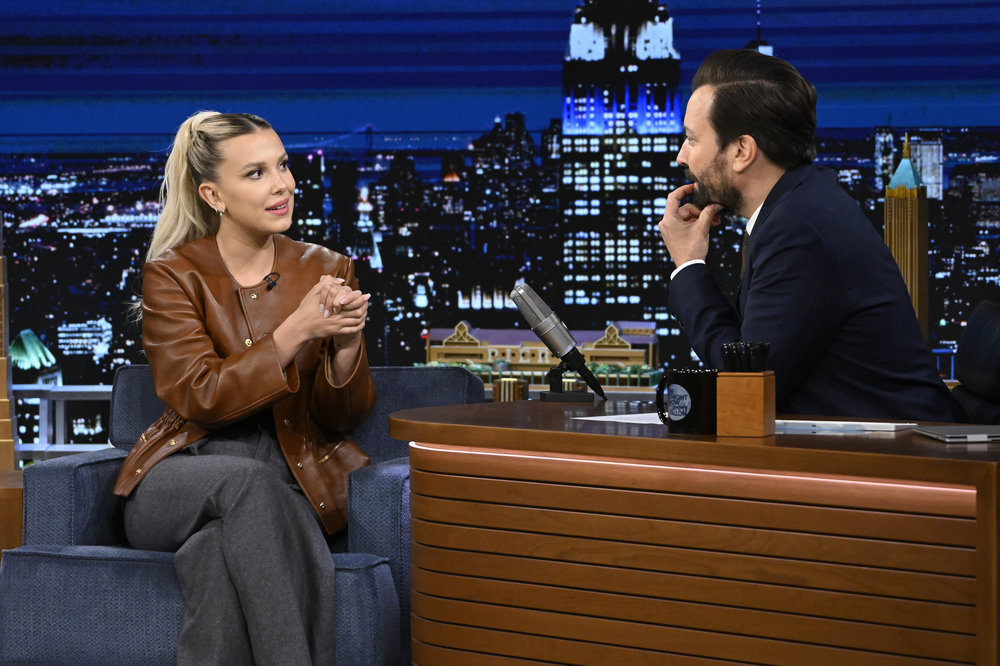 Millie Can’t Stay Away From Eeyore… 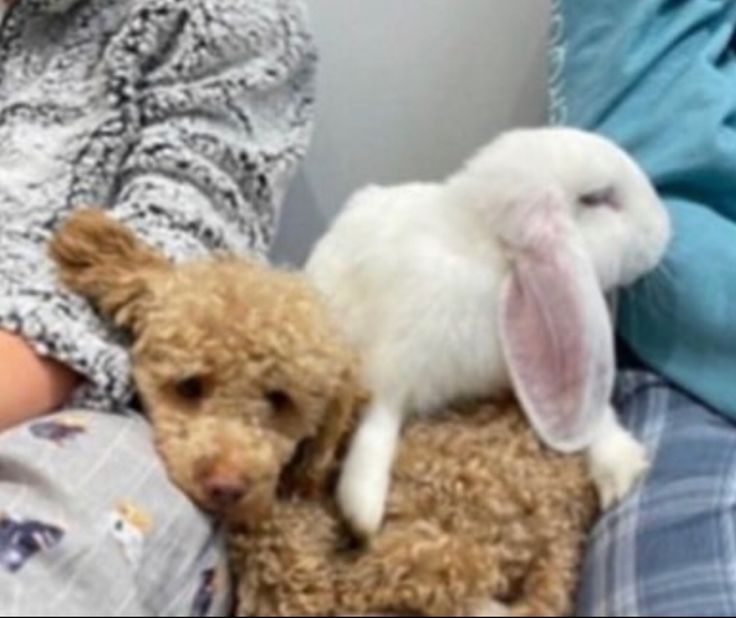 After Millie Bobby Brown’s and Noah Schnapp’s crazy “True Confessions” game with Jimmy Fallon, the 18-year-old star stopped for a bit more time to chit-chat with Jimmy. “The Tonight Show” is like a second home for the young actress, considering her frequent appearances on the show, thanks to her ground-breaking success.

Well, except for her upcoming projects, Millie Bobby Brown couldn’t stop talking about her pet rabbit, Eeyore. Jimmy revealed a cute picture of Millie along with Eeyore along with another picture of her dog and her pet bunny in bed together. Well, Noah revealed it right, Millie is a true animal lover.

About her pet rabbit, Eeyore, Millie revealed that “he is a genius and he buzzes when he gets really happy”. She said, “he’ll just come up to me, and I’ll be going to work, and he’ll be like, Bzz!” Well, this means that he’s surely coming with her to work. Millie puts her pet in a stroller and takes it to the set. Jimmy laughed, “you literally put him in a stroller?” She responded, “yea, car seat and all, it’s a situation.” 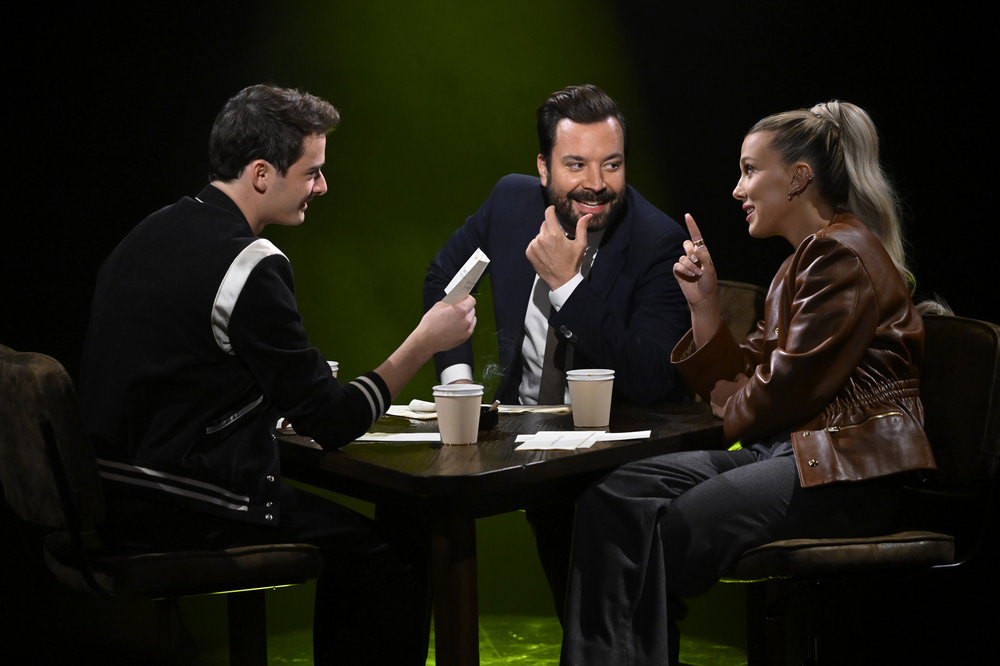 If you missed Millie and Noah’s “True Confessions” game with Jimmy Fallon, you may not be aware that when she opened up the envelope, it read: “I sneak my pet bunny into hotels.” On this, Noah initially replied, “it sounds real”. When Jimmy and Noah started interrogating her, she really tricked them into believing that the whole situation is untrue.

After they called it a ‘lie’ and lost to her, Millie said that it did become an issue when the hotel guy found out that she had a pet bunny. She said, “I went into the elevator and put him under my sweater, and if they ask, I am breastfeeding my child,” Millie joked. She continued, “the bunny buzzes and gets really happy, and it was buzzing under her shirt and then its ear came out.” After this, Millie put up a DND sign on her door for the next five days.

A Potential Collab With Mariah Carey… 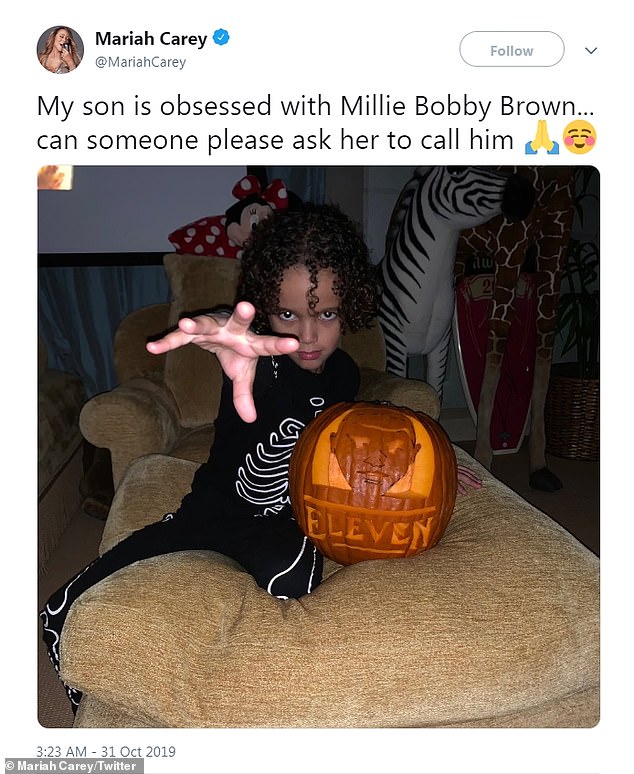 After all the discussion about Eeyore, Jimmy Fallon told the audience that Mariah Carey’s son is. big fan of Millie for her role in “Stranger Things”. He even revealed a Halloween picture where the mother and son carved “Eleven” into a pumpkin as Mariah’s 11-year-old son, Morrocan, made a spooky pose just like Eleven does when she uses her superpowers. On this Millie revealed that she saw the picture and she really wanted to meet her son and do the pose along with him. And so, she went to meet Mariah’s family. She met both her children, who are extremely brilliant, but she was stuck on Mariah. She said, “we connected”.

When Jimmy asked shockingly, “You connected with Mariah!”, Millie proudly teased him and said, “Yea, Mimi”. “Does Mimi ever text you?”, he asked. Millie said, “We texted today.” Jimmy was a little confused and asked her if they were still playing the game of deception, but Millie revealed that it was very much true.

When Jimmy asked, “Is there something in works with her?” Millie responded, “Potentially, I mean she is always doing something…” Jimmy again asked, “like Millie Bobby Brown and Mariah Carey will collab?” Millie again said, “potentially, I don’t know.” Well, something is surely brewing between the greatest singer and this talented young actress.