At the moment, Megan Fox is on the lookout for a girlfriend! Not long ago, the Jennifer’s Body actress who is currently engaged to the musician Machine Gun Kelly revealed that she is seeking a girlfriend.

The Hollywood actress recently took to her Instagram profile and shared that she is on the hunt for a girlfriend. Continue reading further to know what Megan Fox had to say and her fiancé Machine Gun Kelly’s reaction to the same. On Friday, the Confessions of a Teenage Drama Queen star posted a series of pictures of herself in a bikini top. What caught the eye of her eagle-eyed fans was her caption for the post.

“Currently seeking a girlfriend. Please submit applications in the DMs,” she wrote in the caption of the Instagram post. In the series of snaps, she can be seen posing in a bikini top with a purple furry bucket hat on her head.

The pictures showed the Hollywood actress sitting in a car while wearing a purple furry hat and a mini-top. In the snaps and videos posted on the social media platform Instagram, she parted her hair down.

On the other hand, when we talk about her makeup, the Hope & Faith star opted for dramatic eye makeup and shiny pink lip gloss. We must say, she nailed her look.

Soon after, Megan’s Grammy Award-nominated fiancé Machine Gun Kelly saw her latest Instagram post and he made sure to express his thoughts on the same in the comments section. He commented, “i don’t think you have the filing capacity for this request.”

In the Instagram post shared by Fox, she didn’t address her relationship with the Bloody Valentine singer. She last posted a picture of herself and the musician on November 10, 2022, meanwhile, he uploaded a snap of the pair on December 20. 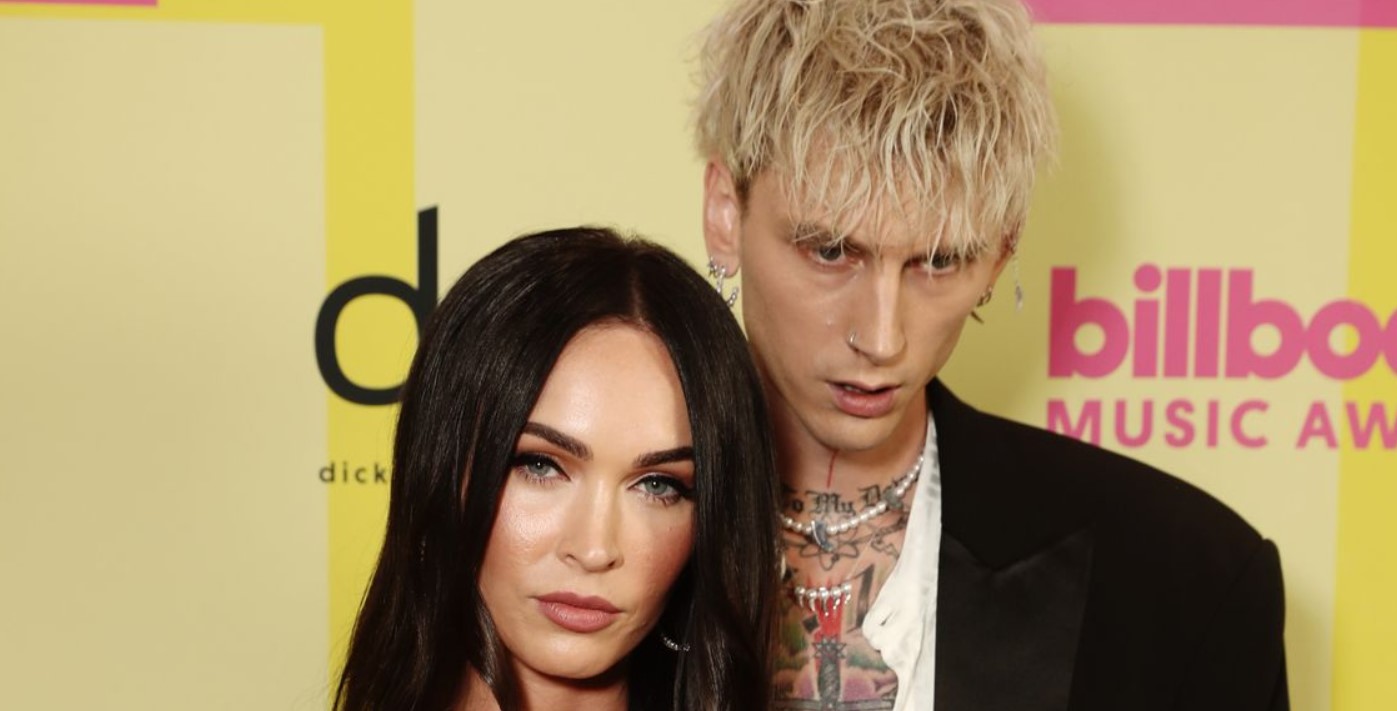 Apart from Machine Gun Kelly, Megan’s proposal also bagged a couple of inquiries in the comments section. Kendra Lust wrote, “Lets see how it goes before we make it official that i am your girlfriend.”

Anna Akana went on to say, “MEGAN YOU CANT GIVE US HOPE LIKE THIS,” meanwhile Carli penned, “ITS ME… HI !!!!!!!” Piques commented, “The only reason I’d change my gender.”

What did Megan Fox have to say about her sexuality?

Over the years, Megan has been very open about her sexual fluidity. In her 2009 June cover interview, Fox told Esquire, “I think people are born bisexual and they make subconscious choices based on the pressures of society.”

The Till Death actress further added, “I have no question in my mind about being bisexual.” Last year, she posted a photo of herself flaunting a rainbow manicure during Pride month. She simply captioned the snap, “Putting the B in #LGBTQIA for over two decades.” Do you think Megan Fox and Machine Gun Kelly are a perfect match for each other? Kindly let us know your thoughts in the comments section below. Don’t forget to stay tuned with us for the latest updates from the world of showbiz.