Margaret Qualley has compiled a strong Hollywood resume throughout her career. She has appeared in numerous movies and television series, including Once Upon A Time…in Hollywood, The Nice Guys, and HBO’s The Leftovers.

In addition to showing off her talents on some of the biggest runways in fashion, including several couture shows in Paris, the dancer-turned-model-turned-actress has exhibited her abilities on and off the big screen. 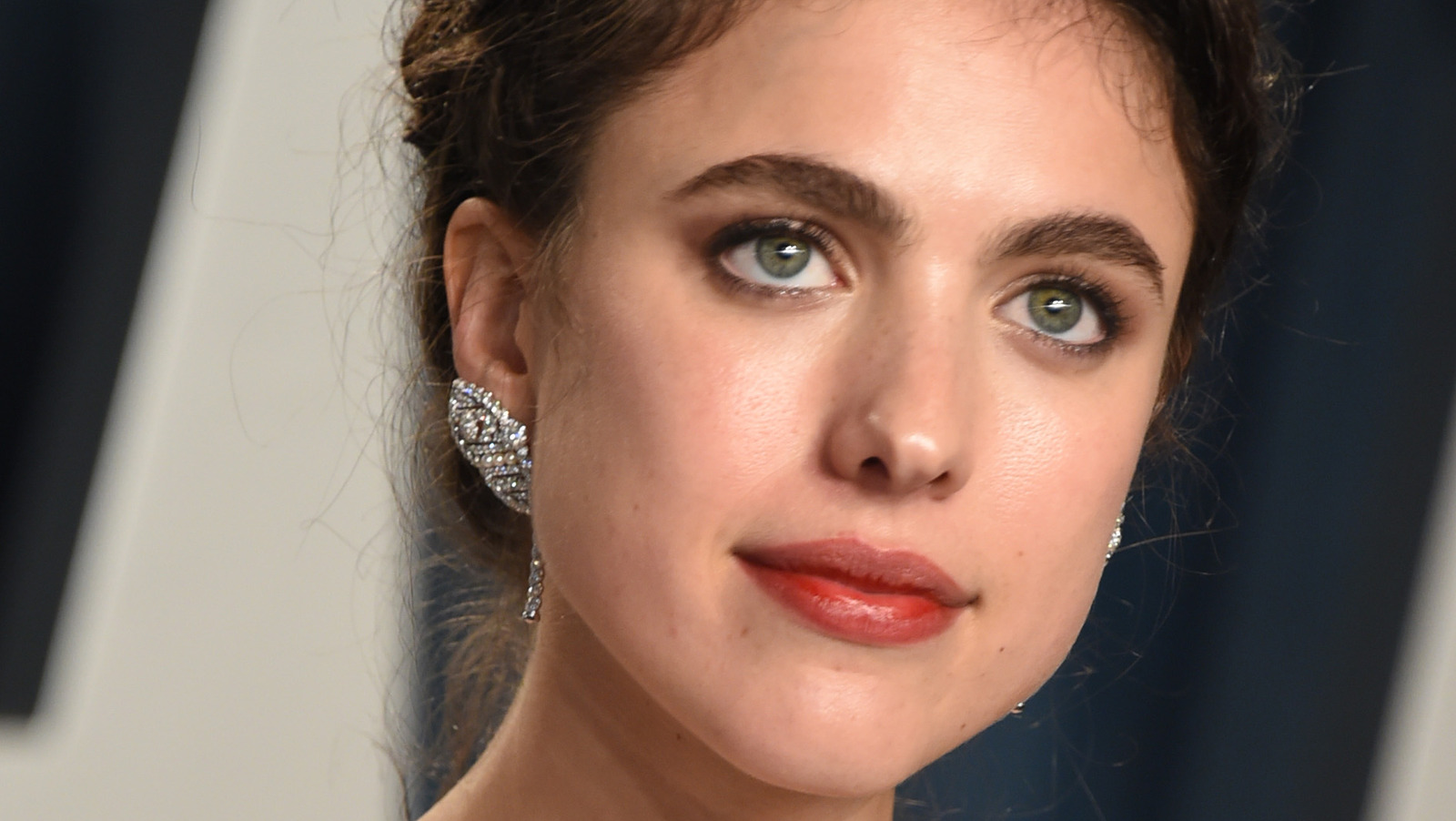 She was nominated for an Emmy for her role in the FX limited series Fosse/Verdon, in which she played dancer and Tony Award-winning choreographer Ann Reinking, but she did not win.

25 Most Interesting Facts About Margaret Qualley

Just reading about her to get to know Margaret Qualley isn’t enough. Despite her youth, this young woman seems to have layers waiting for discovery, but only on her terms. Although she isn’t overly private, she doesn’t seem to be the type to keep broadcasting her identity and what she does at any given time to the world.

As someone raised in a manner typical of the culture in which she grew up, she is very aware of her abilities and what she can accomplish. Nevertheless, she remains humble, fond of her life, and thankful for her opportunities. 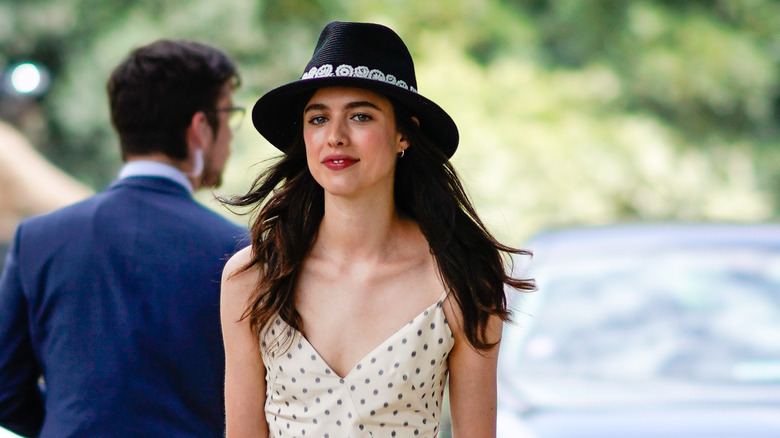 Until she faced the world on her own, she never had to want anything, and that is still debatable. The person she is deep down, however, is genuine. The following are some other interesting facts about her that you may not know.

1. Kalispell Was The City Where She Was Born

It was in Kalispell, Montana, on October 23, 1994, when the actress was born. Although the family later moved away from the town where she was born.

2. As A Nickname, She Is Often Referred To As Sarah

3. She Has Two Siblings, One Of Whom Is A Girl

There are three children in her family, with Qualley being the youngest. Regarding her family, she has an older sister named Rainey and an older brother named Justin. It is also worth mentioning that her sister Rainey is an actress and a singer under the stage name Rainsford.

4. There Is A Very Close Bond Between Her And Her Sister 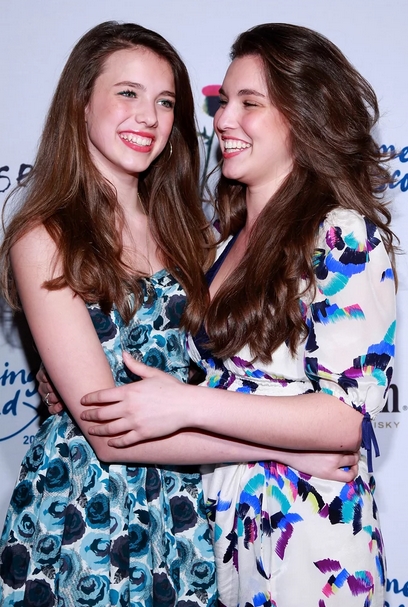 As debutantes living together in LA at this time, it is fair to say that they are more than tolerant of each other. This is even though they were both debutantes. It can be a wonderful thing to have siblings close enough in age to share experiences. This is because they can share many experiences as friends and sisters if they get along.

5. She Is The Daughter Of Andie Macdowell

Margaret Qualley was born to actress Andie MacDowell and former model Paul Qualley. In addition to Groundhog Day, MacDowell has starred in several other notable films.

6. Her Mom Was Just Her Mom, No Famous Actress 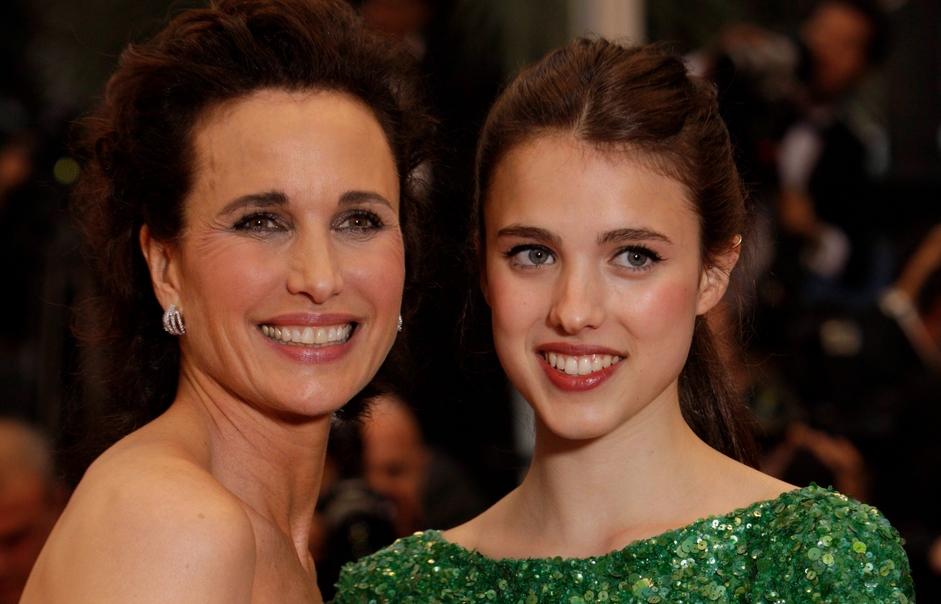 It is imperative to recognize that Margaret never viewed Andie as a famous model or actress but just as her mom. There were many things she was, but most of the time, she was just mom. This made their relationship more potent than it could have been otherwise because she was all those things, and she was still just mom most of the time.

7. Margaret’s Family Moved To Asheville, North Carolina, When She Was Four Years Old

At the age of four, Margaret Qualley moved to Asheville, North Carolina, with her family after spending several years growing up on a ranch in Missoula, Montana.

8. It Was When She Was Five Years Old That Her Parents Separated

In the early years of her childhood, Qualley’s parents separated, and she split her time between them equally once she was five years old. During most of her childhood, her parents lived just three miles away. She has extended family living nearby in North Carolina, where she has a family home with MacDowell.

9. There Was A Debutante In The House

Growing up in Asheville, North Carolina, Qualley and her sister, who was also a debutante, attended the Bal des débutantes in Paris as a teenager. Qualley made her debut at the event.

11. There Was A Time When She Was Very Involved In Ballet

There was a time when ballet was her life, and it was what she loved to do and what she was passionate about. In the end, however, she realized there was more to life than just ballet. At this point, she started to broaden her horizons and pursue other interests. She also started to expand her horizons. 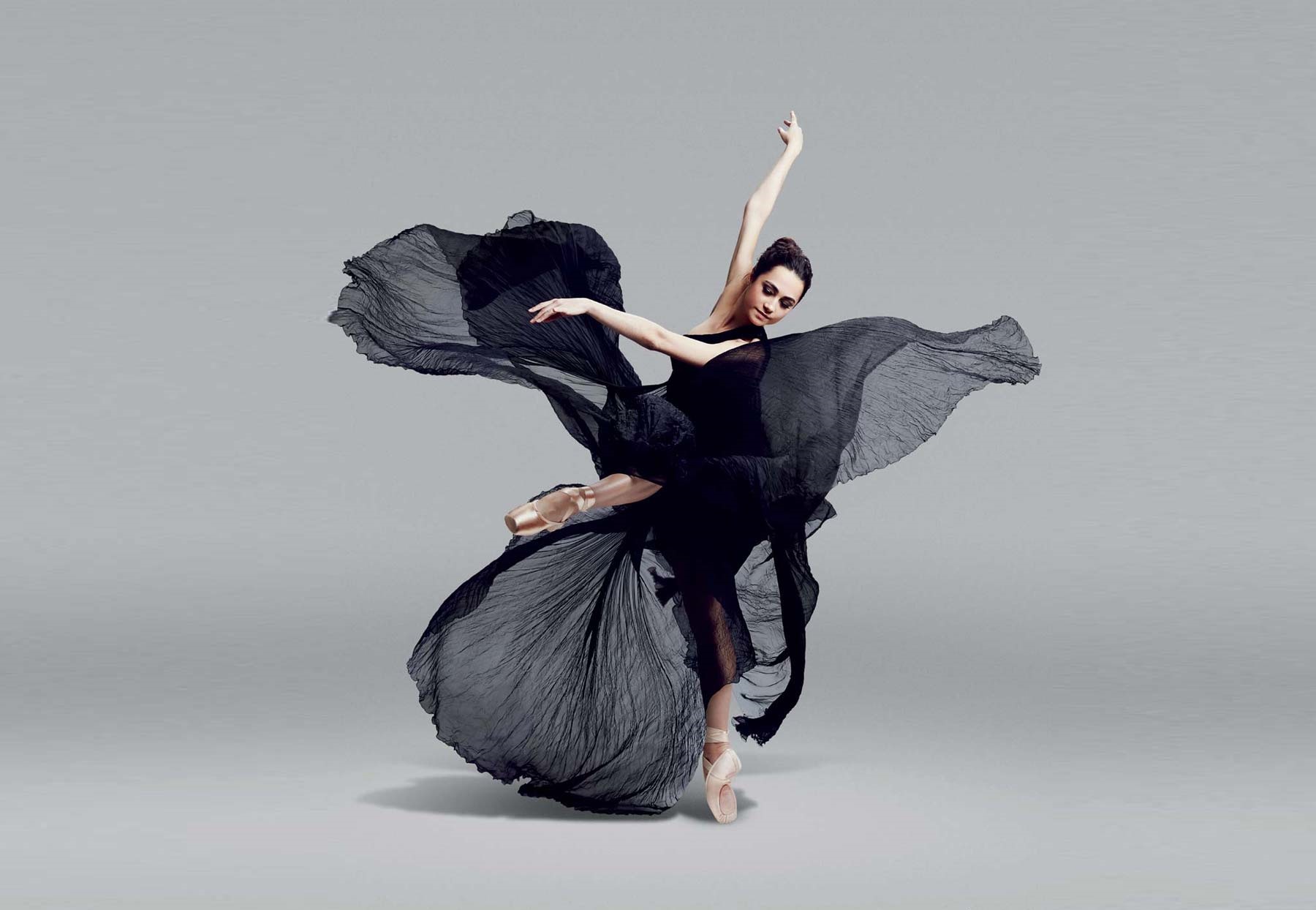 During her time as a ballerina, she gained an apprenticeship with the American Ballet Theatre and studied at the Professional Children’s School in New York. Only when Qualley reached the age of sixteen, after receiving an offer from the North Carolina Dance Theater company to become an apprentice, she stopped dancing.

12. During Ballet Practice, She Did Not Wear Toe Pads To Protect Her Feet

The feeling of the floor beneath one’s toes was something Margaret always wanted to experience. Due to this, she ended up not padding her shoes with the standard padding. Instead, she cushioned her feet by putting wads of tissues or paper towels in her shoes. I am sure there were times when this was quite painful for her, but it was how she did it.

13. When She Was Sixteen Years Old, She Began Modeling For A Living

After being offered a position with the North Carolina Dance Theater company at 16, Qualley decided not to participate in the apprenticeship program. She ended up quitting the company. It was only through her work as a model that she was able to continue to live in New York.

During New York Fashion Week in 2011, Qualley made her modeling debut at 16, walking for Alberta Ferretti, that she made her modeling debut. A model for Valentino and Chanel was among those who walked the runways at Paris Fashion Week in Spring/Summer 2012. It was her second time walking for Chanel during the Fall/Winter 2012 show that she participated in.

Aside from posing for publications like Vogue, W, Teen Vogue, Interview, Vanity Fair, and Nylon, Qualley has also written for numerous magazines. In addition, a print campaign featuring Qualley, shot by Steven Meisel for Ralph Lauren’s Fall/Winter 2016 collection, was released as part of the film.

14. Chanel Has Appointed Qualley As A House Ambassador 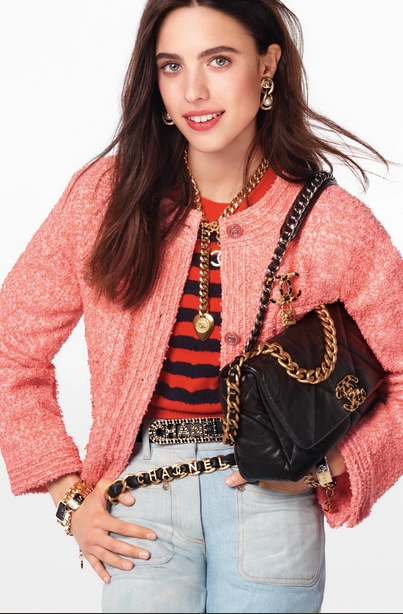 It is no secret that Margaret Qualley is an ambassador for Chanel, and she also appears in Chanel’s 19 handbag campaign.

15. The Actress Left Modelling To Pursue A Career In Acting

The girl did well in dance then but later changed her focus to acting. She attended a summer program at the Royal Academy of Dramatic Art in London. She attended New York University for a semester before leaving to pursue acting roles after a year and a half.

In 2013, Qualley made her first appearance on screen in Gia Coppola’s film Palo Alto, where she played a small role in the movie. The actress received the part because she was visiting her boyfriend at the time, Nat Wolff, on set.

The Leftovers, the HBO series set to debut in June 2013, cast Qualley as a series regular in the series. Qualley revived the Leftovers for the second and third seasons in 2015 and 2017, respectively, where she reprised her role as Jill Garvey.

17. Her Role In The Television Show ‘The Leftovers’ Was As A Troubled Teen 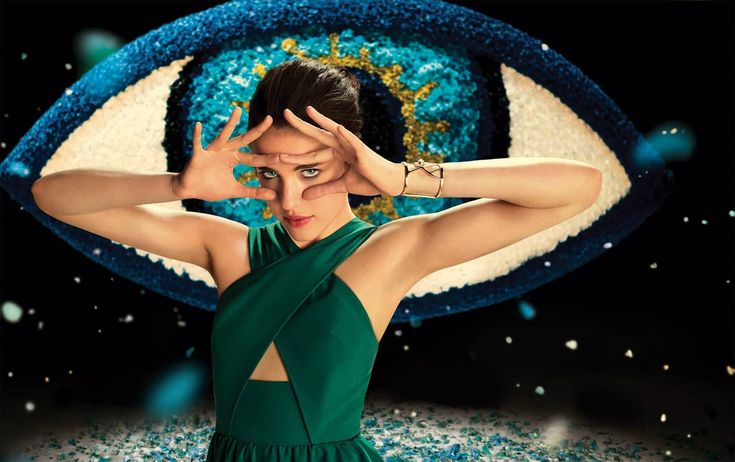 Even though Qualley didn’t pursue her dream of becoming a professional dancer, she was still able to shine in Spike Jonze’s fragrance ad for Kenzo World, where she showcased her dancing skills. There is no doubt that Skeffington was a great choreographer, but Qualley improvised many of the movements she performed in this short film.

19. She Appeared Along With Her Sister In Soko’s Music Video

She was filmed with her sister Rainey as well as other members of the Soko cast in the music video for the song “Sweet Sound of Ignorance.”

20. She Also Appeared In Death Note

As a member of the cast of Death Note in 2017, Qualley starred in the film. Adapted from the Japanese manga by Tsugumi Ohba and Takeshi Obata, Death Note is a 2017 American supernatural crime thriller. Written by Charles and Vlas Parlapanides and Jeremy Slater, the film is directed by Adam Wingard.

With Nat Wolff, Lakeith Stanfield, Margaret Qualley, Shea Whigham, Paul Nakauchi, Jason Liles, and Willem Dafoe, the film follows the story of Light Turner (portrayed by Wolff) who finds a supernatural notebook called the Death Note that can kill anyone whose name is written in it and is used by the secretive detective L (played by Stanfield) to murder criminals. Netflix released Death Note on August 25, 2017, following its screening at FrightFest in London.

21. Death Stranding Was A Video Game In Which She Played The Role Of Mama 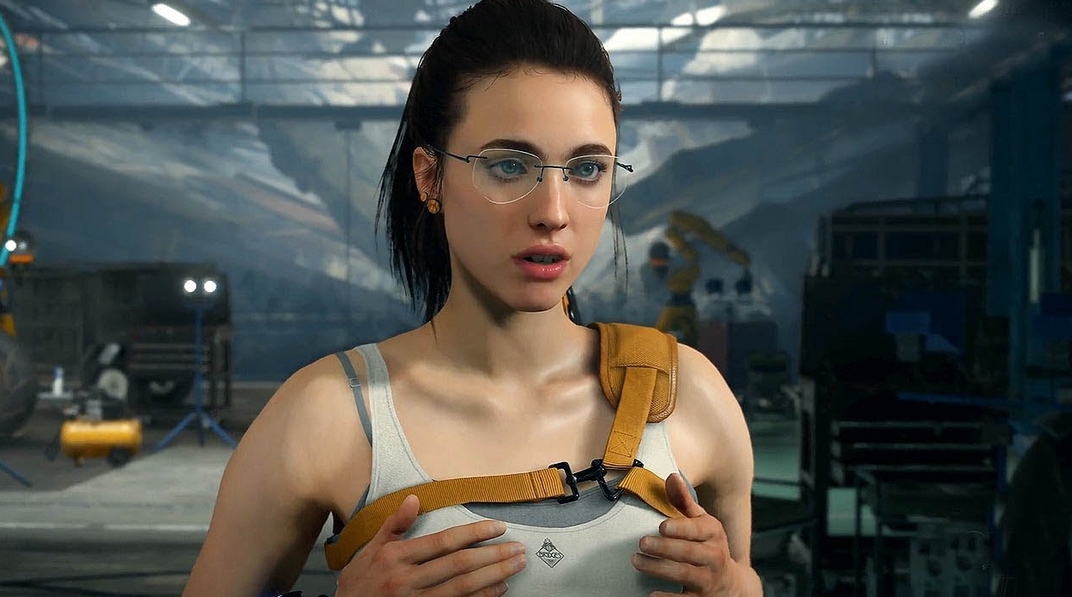 The actress also starred in a role in Hideo Kojima’s PlayStation 4 game Death Stranding, in which she took on the part of “Mama.” She also played a character in the game called Lockne, a twin sister to Mama. In this game, she played the role of Lockne.

22. Her Primetime Emmy Nomination Was Announced In 2019

A Primetime Emmy Award nomination has been made for Margaret Qualley as a result of her acting in the miniseries “Fosse/Verdon,” for which she received a nomination under the category of Outstanding Supporting Actress in a Limited Series or Movie.

Despite getting a 7.9 rating on IMDb, the movie Fosse/Verdon, which tells the story of the relationship between dancer Gwen Verdon and choreographer/director Bob Fosse, has received quite a few favorable reviews.

23. There Is Also A Hint For Qualley In Kojima’s Upcoming Work

Kojima has released another teaser for his upcoming work. This one tests the waters to see if a particular actress, such as Margaret Qualley, who once played Mama in the video game Death Stranding, will be involved. The game Kojima is rumored to be developing with Xbox, Overdose, could be revealed through Qualley if it is. 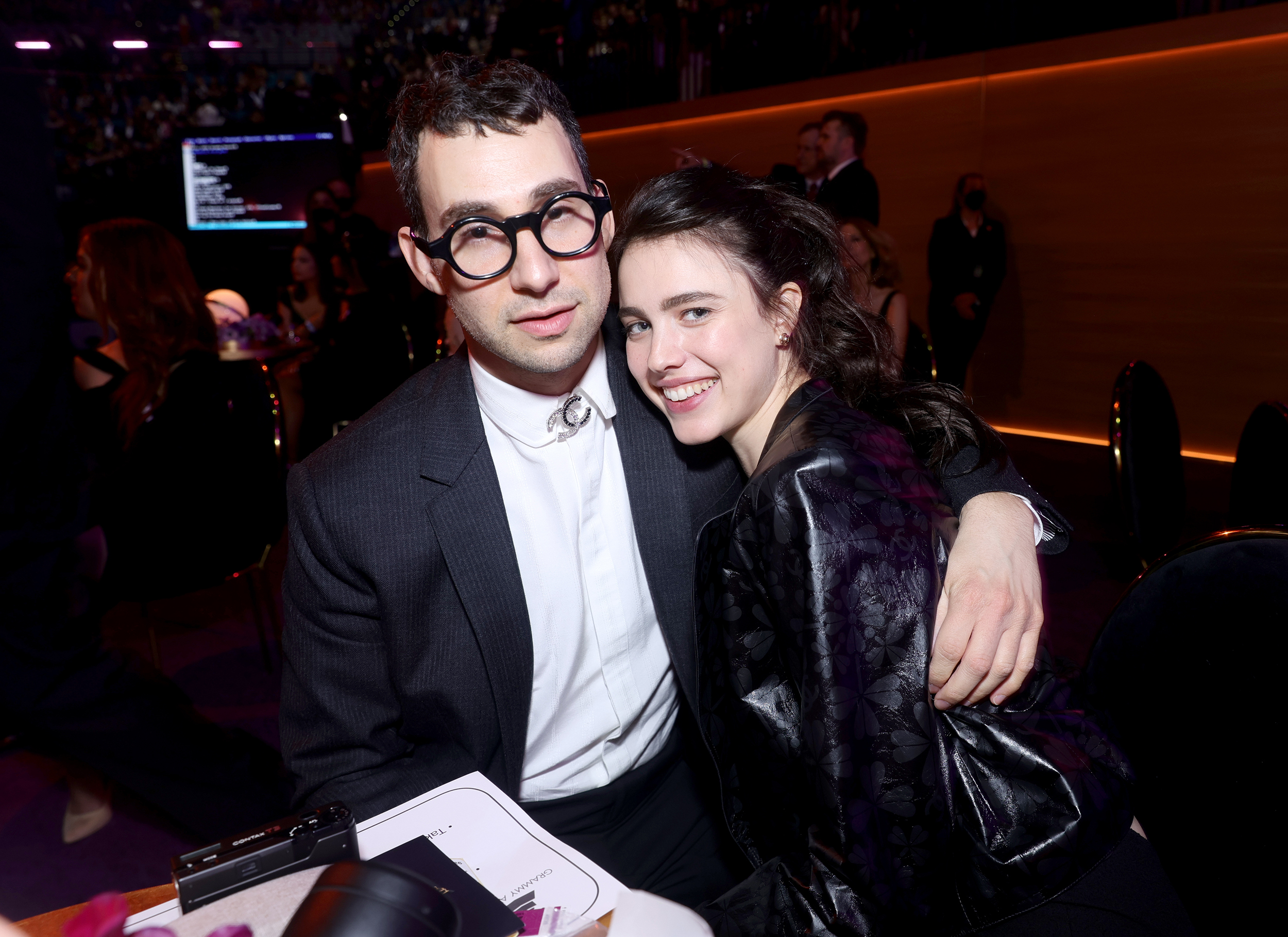 Qualley and Jack Antonoff started dating in August 2021. Several fans have speculated that Margaret Qualley got engaged after being photographed wearing a sparkly diamond ring. The two are expected to announce their marriage shortly, as per the latest reports.

25. There Is A $3 Million Net Worth For Margaret Qualley At The Moment

According to current estimates, Margaret Qualley has a net worth of 3 million dollars. Even though Qualley earns most of her money through her acting career, she also makes some money through modeling and brand deals in addition to acting. It’s safe to assume that this number will continue to grow in the future, as the 26-year-old actress is just getting started in her career and is still at the beginning of it.

This concludes the list of interesting facts about actress, dancer, and model Margaret Qualley that I have compiled for you. Thank you for taking the time to read about her. I hope you enjoyed it. You can stay tuned to us if you would like to know more about such celebrity news in the future.