Manifest Season 4 Part Two: Everything We Know So Far

Manifest is the latest drama series to take social media by storm. The show follows a group of passengers who board a plane and suddenly find themselves in another world. The show has been praised for its attention to detail, and fans have taken to social media to share their love for it. 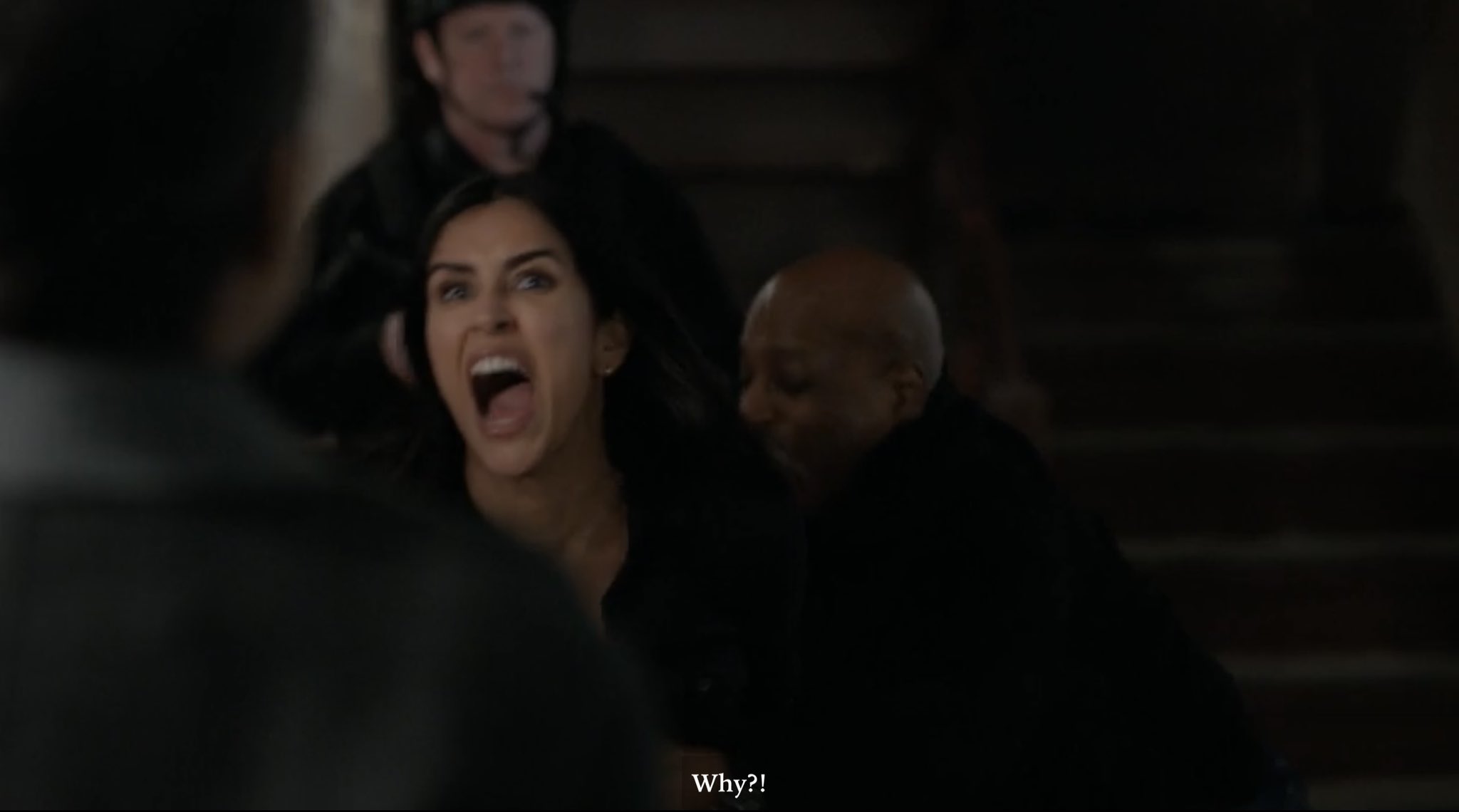 The NBC supernatural drama “Manifest”  has only 10 episodes left till its final episode after it was saved from cancellation in 2021. The first half of the show’s fourth and final season began streaming on Netflix currently.

The show is created by Jeff Rake, who also created Lifetime’s UnReal. Manifest stars Josh Dallas who plays Martin Keamy on the CW series and Melissa Roxburgh as two passengers on an aeroplane that mysteriously lands in the middle of nowhere. 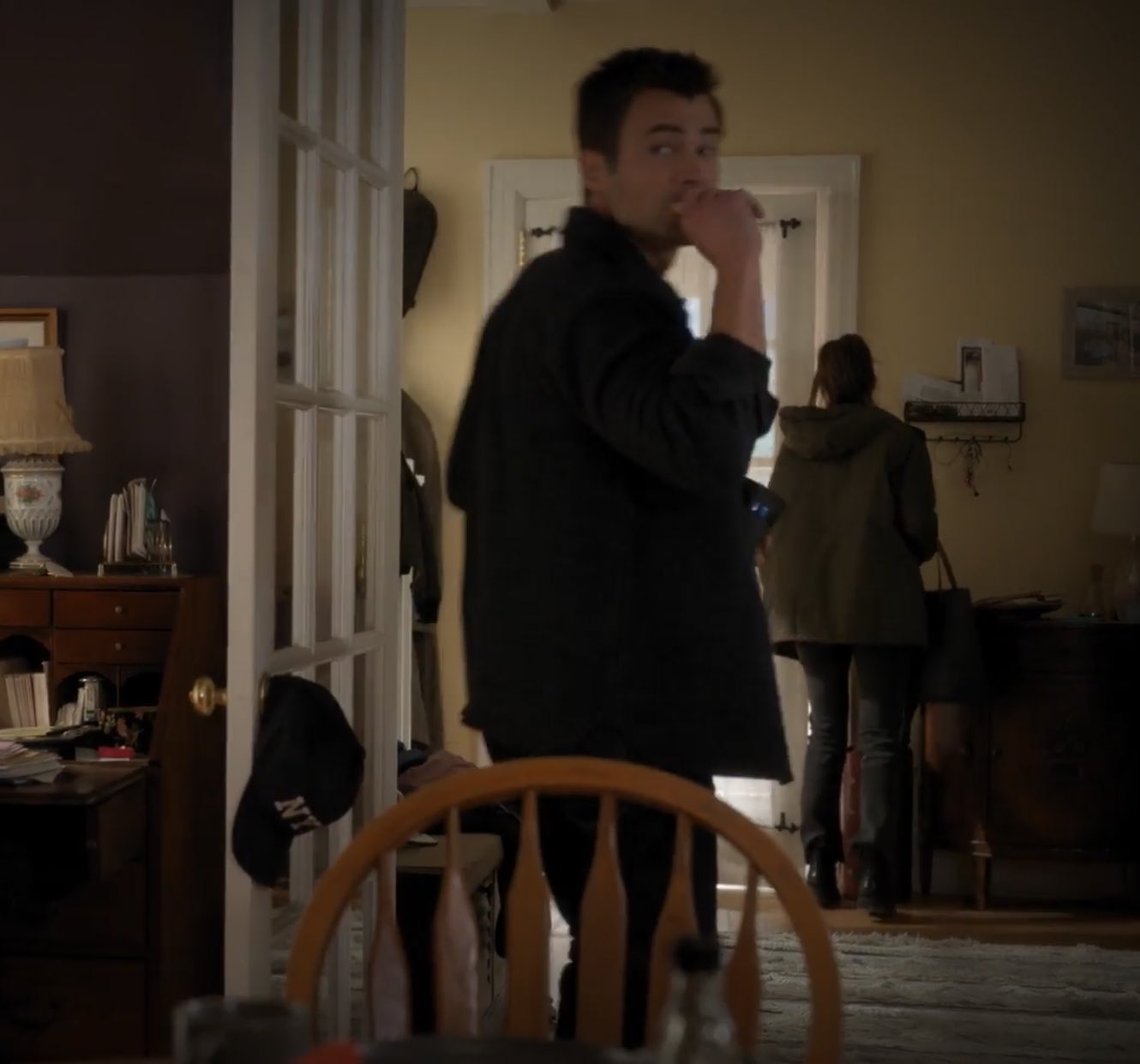 Manifest has become popular with fans because of its unique premise and characters. While it’s not a typical fantasy television series, it does have some elements of that genre.

Fans enjoy seeing how the story unfolds from different perspectives, so they’re able to connect with each character on an emotional level. 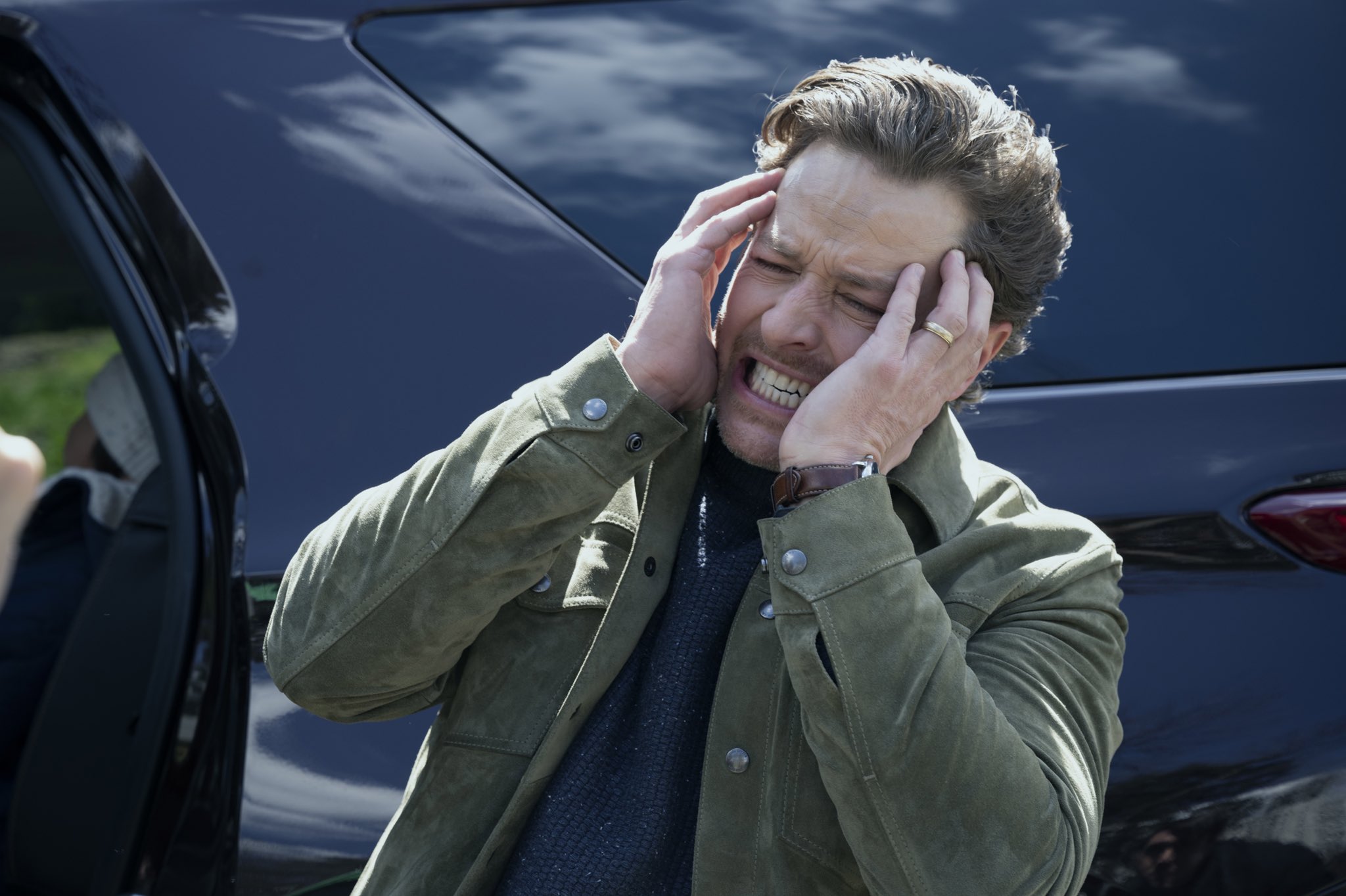 The series finally released the much-awaited season 4 on Netflix recently which has quite worked up everyone’s expectations. But the series came with a big bump. The series has baffled everyone by releasing the final chapter in two parts.

Fans have been wondering when will the Manifest season 4 part two arrive on their screens. Here’s everything you need to know about the upcoming chapter.

Netflix hasn’t announced an official release date for their new season, but the news we have to go by makes it sound like they’ll be releasing it sooner rather than later.

It has been out to the public as the production for the upcoming episodes has been wrapped up. Filming for the last ten episodes has already ended, which means that it should hit Netflix before a full year has passed. 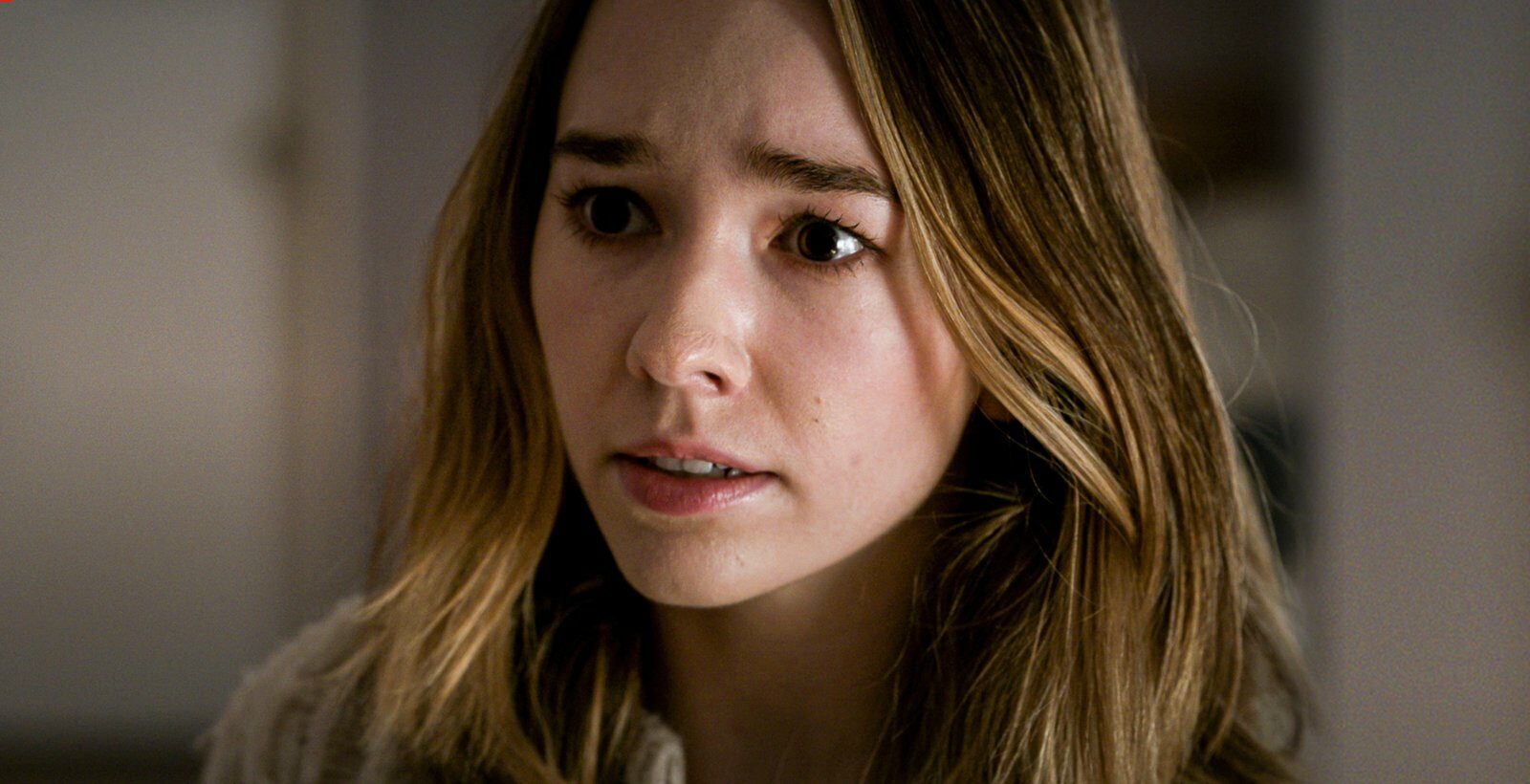 Also, if you’re a keen follower of the show and its announcements, it will hit you at the moment as the series always stick to its universal premiere dates. This means, if we get lucky this last time, manifest season 4 part two can be here around the same time next year.

Given that the first half of the season arrived on November 4th and there were 10 episodes in each section, some are expecting Netflix to release the second batch of episodes as early as April – May of 2023.

Why Did Manifest Release Last Season Into Two Parts? 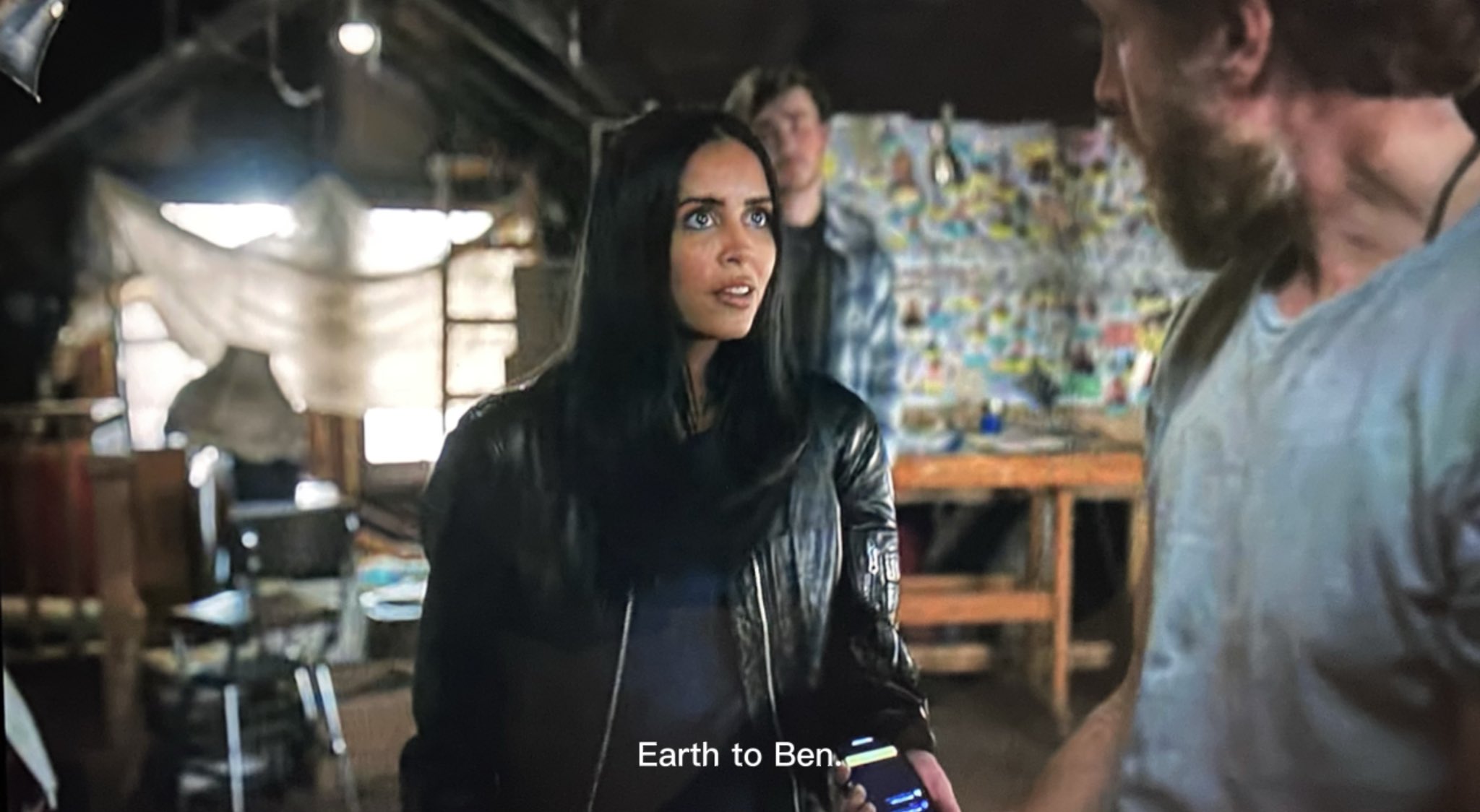 The announcement made by the streaming platform last year made clear that the sci-fi drama will bid goodbye with its final season 4.

The arrival of 20 episodes to celebrate the generous show was heartfeltly and accepted by the audience. But the season arrived in two parts keeping the pace of the audience at the level. 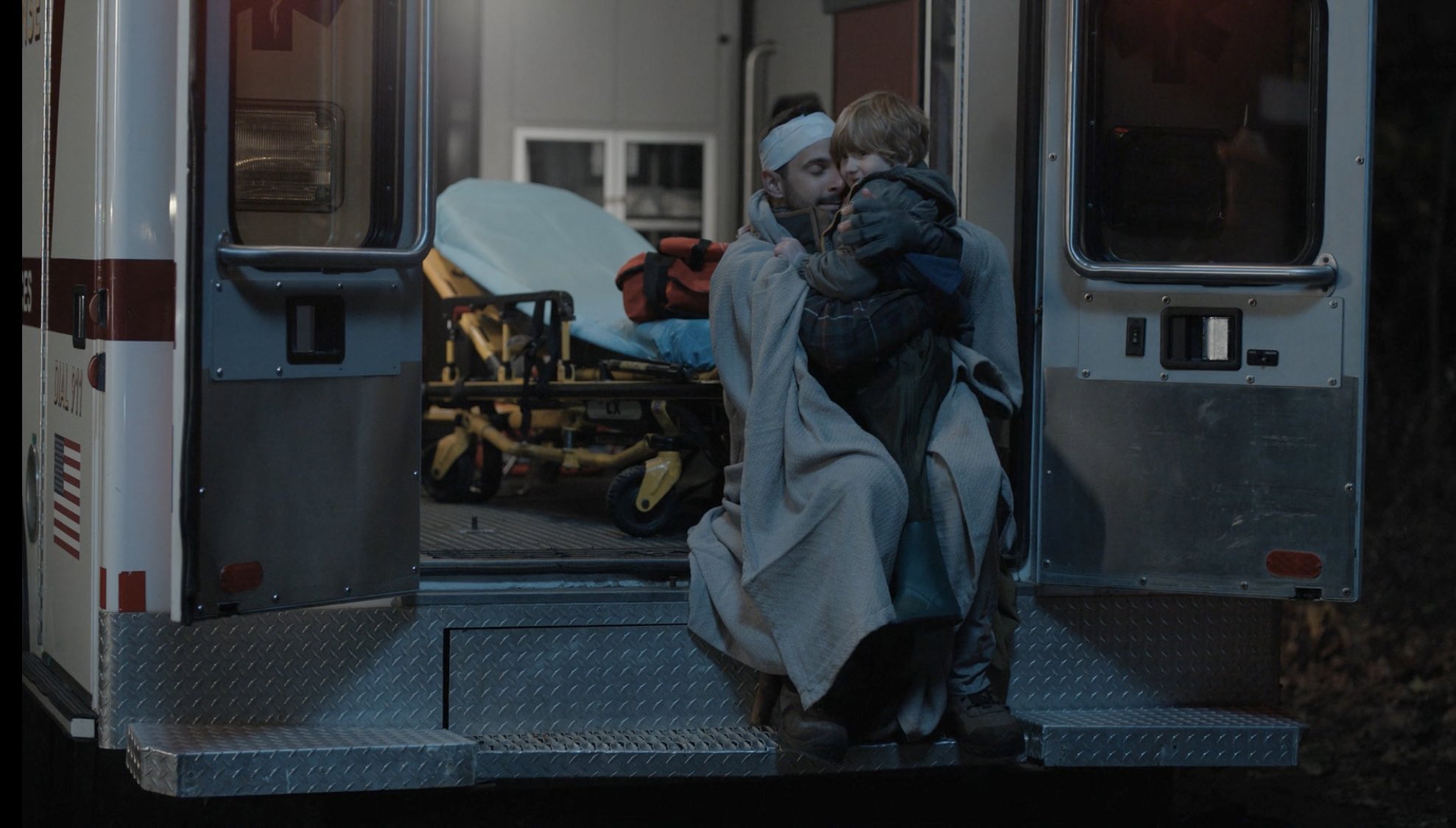 Considering that Manifest was initially intended to end with 6 seasons, it’s not surprising that the final season would be extended in order to provide a satisfying ending.

Netflix has now premiered the fourth and final season of “Manifest” which will be split up into two parts so that the first ten episodes can be viewed on their own with each arc containing its own story.

What Happened In Part One? 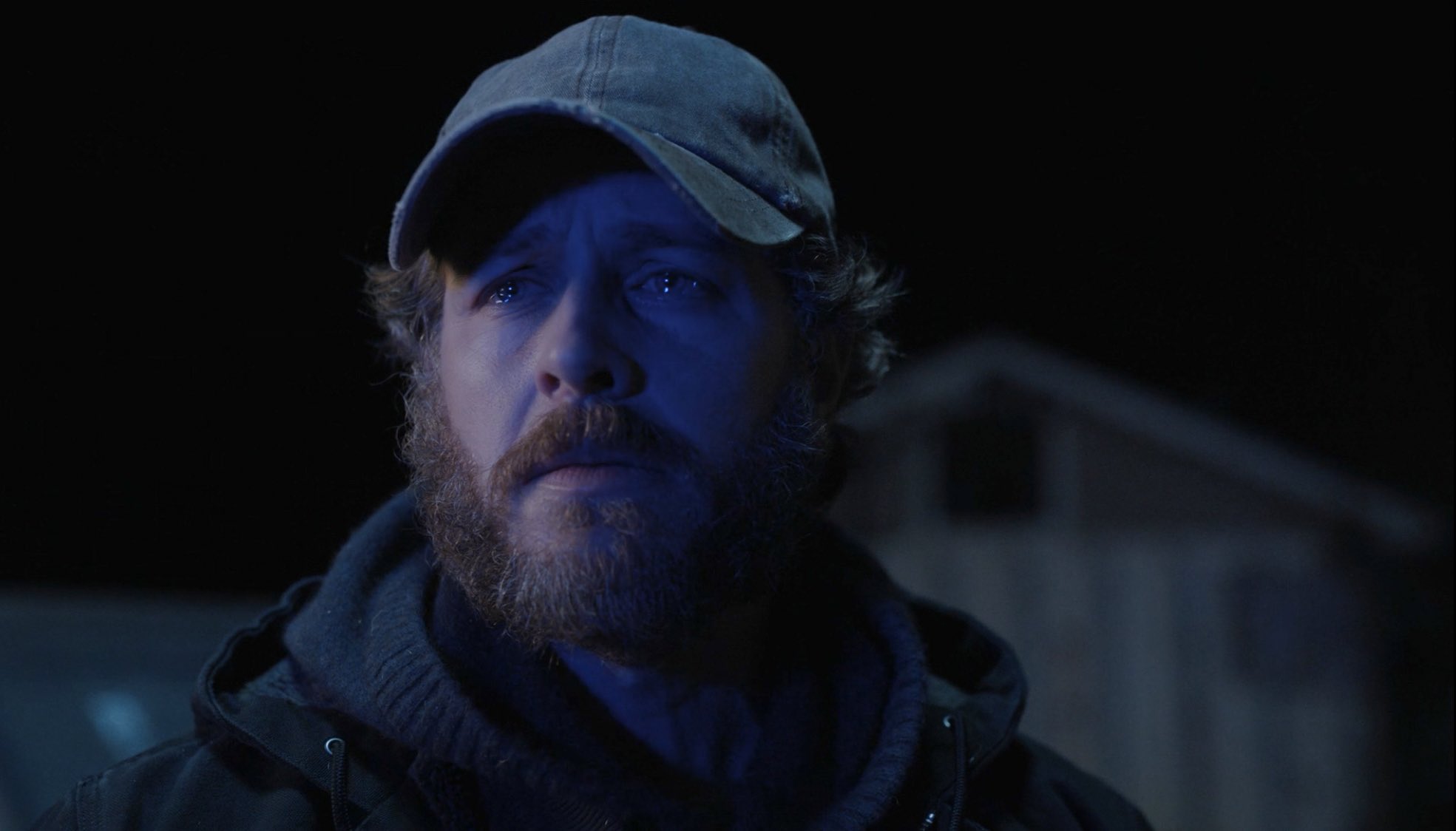 The series finale has entered the universe with a big bang. This new episode set up an epic battle that will determine the fate of all of humanity. Teams Lifeboat will have to solve the OMEN puzzle before time runs out or else it’s game over for humanity.

There was a lot going on in this episode and it sets up next week’s finale with even more uncertainty. The first ten episodes from the package have surprised viewers with a few bombshells. 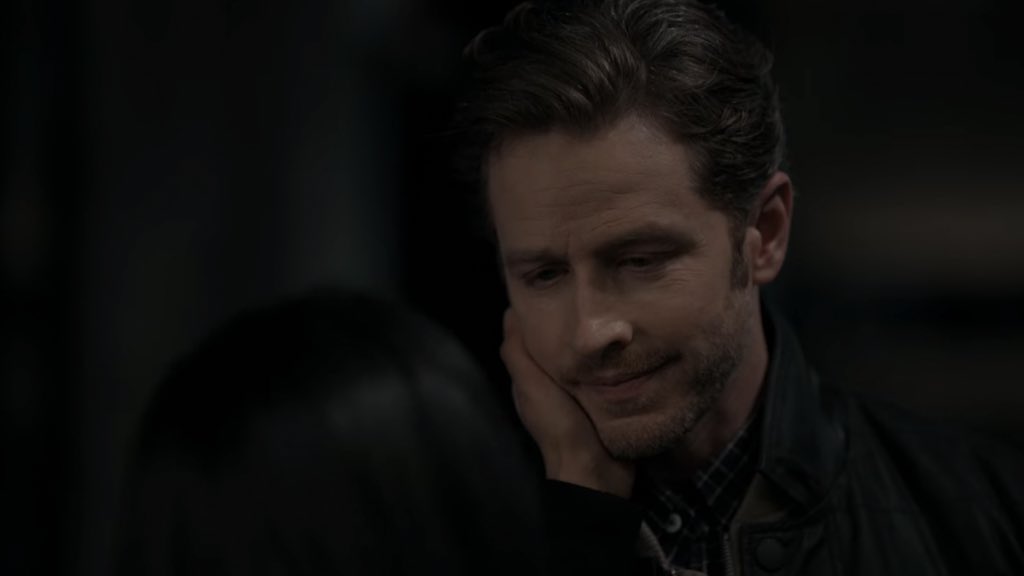 Some of these include the unofficial names for these events – the callings – and their origins, as well as what was going on with all the passengers.

By the end of Part 1, Zeke decided to sacrifice himself by absorbing Cal’s cancer. This is because Cal was our only chance of saving the world from a deadly disease.

Because Angelina absorbed a powerful sapphire, she was able to control people’s callings. Her corruption of the jewel’s purpose made it obvious that the Death Date June 2nd, 2024 referenced not just passengers but also an impending apocalypse. 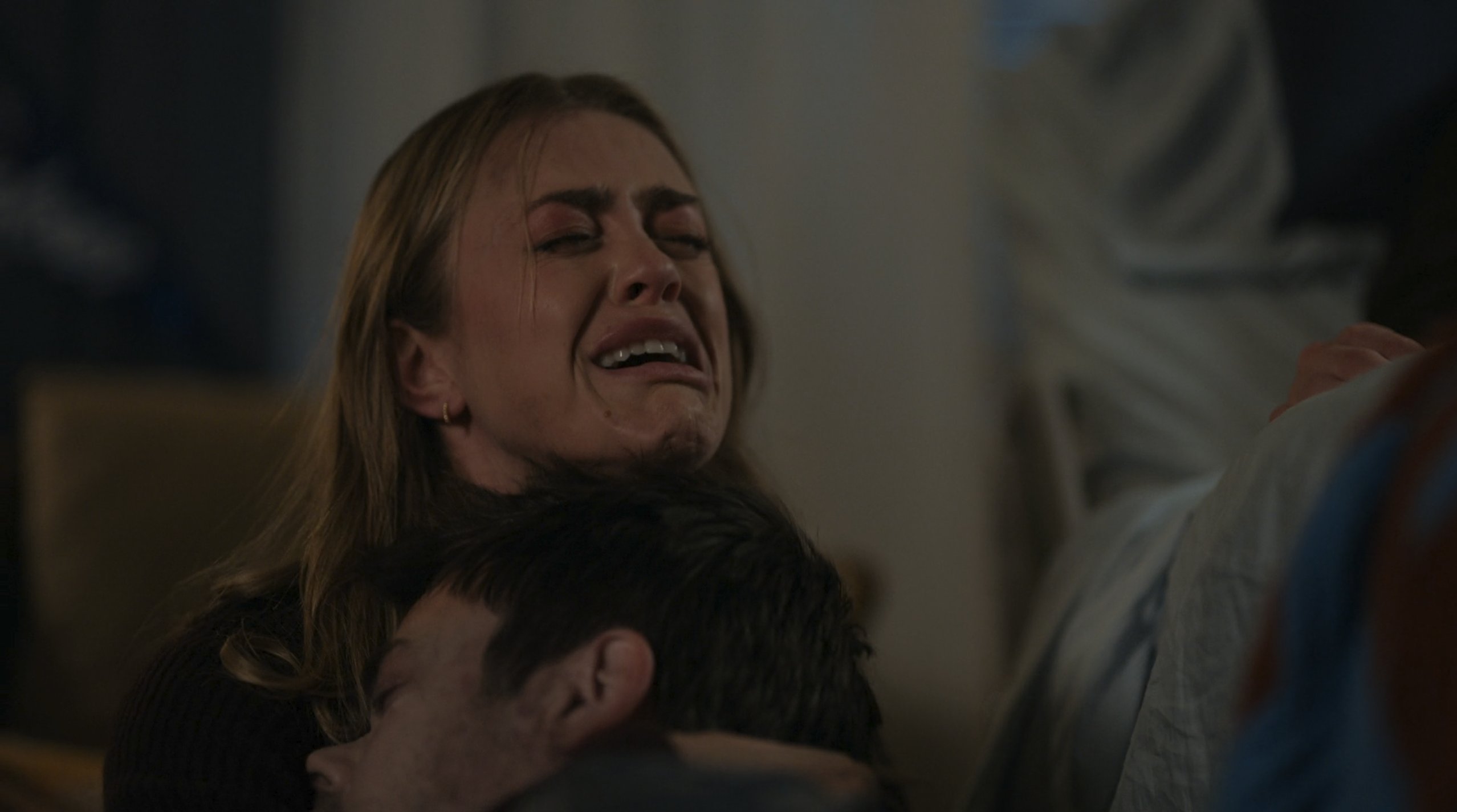 In the aftermath of Zeke’s death and humanity’s full turn against him, he has to face the greatest danger the Stone family has ever known.

As everyone grieves for what they’ve lost, tensions and hatred will rise among humans towards all 828 people aboard or in contact with Zeke.

Clearly, part one has set some serious background for the upcoming episodes. With some framework laid for the ending episodes In the past, it has always been their top goal, but now that Manifest is coming to a close, it needs to become a priority. 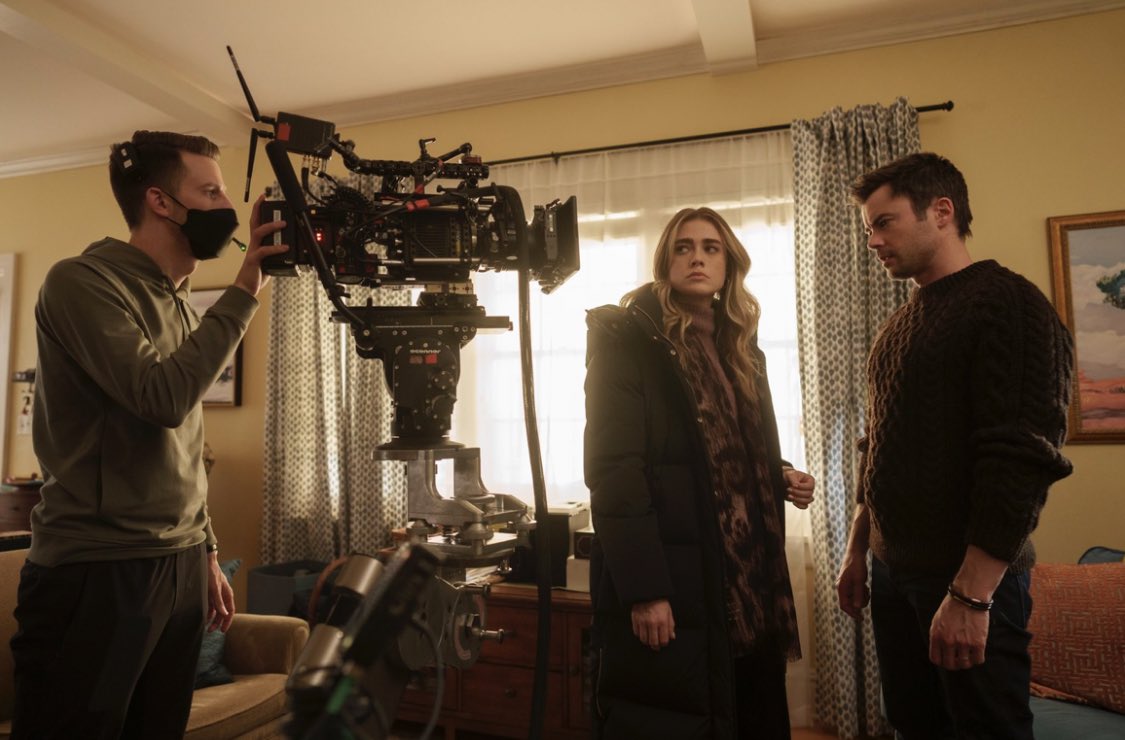 What important thing awaits us in the coming episodes is that the worst part is that the Death Date also applies to anyone who dies.

The whole of human civilization is supposedly headed towards destruction, and Cal is expected to be at the core of things in terms of saving it.

Additionally, Flight 828 passengers have Angelina to deal with. Because of her merge with a shard of the Omega Sapphire, Holly Taylor’s character is primed to be season 4’s main villain. 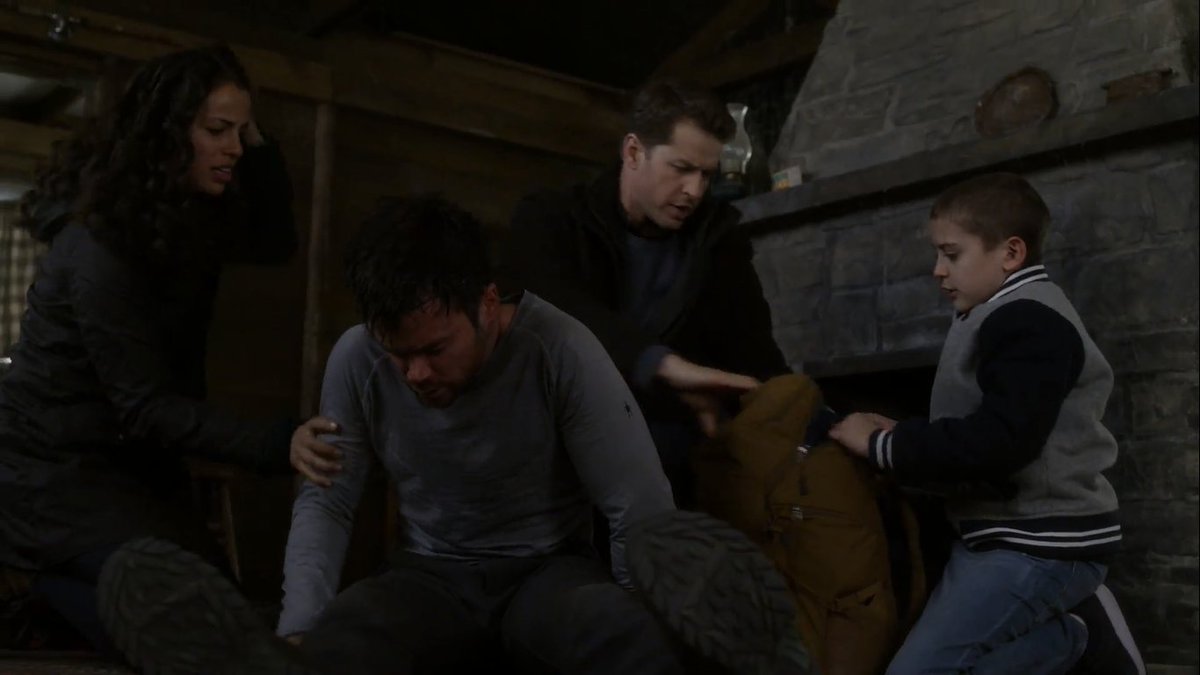 A lot of the Team Lifeboat we know and love will be back for the final episodes. The primary cast for this season includes Josh Dallas as Ben Stone, Melissa Roxburgh as Michaela Stone, Ty Doran as Cal Ston,e Luna Blaise as Olive Stone, J.R. Ramirez as Jared Vasquez, Parveen Kaur as Saanvi Bahl, Daryl Edwards as Vance, Garret Wareing as T.J. Morrison and Holly Taylor as Angelina.

While NBC’s “Manifest”, which is wrapping up in season four won’t give us the full six seasons showrunner Jeff Rake had planned.

It will still end in a satisfying way that answers all of our questions and wraps up the story arc. Manifest Season 4 part one is currently streaming on Netflix.