Makoto Shinkai’s Trailer of Suzume Opens Door To Another Apocalypse

Japanese romantic films have been a staple of cinema for decades. They are known for their beautiful landscapes, quirky characters and emotional journeys. Finding the best Japanese romantic films is like finding true love. Love stories have always been a human desire, and the romance genre is one of the most popular and enduring forms of storytelling.

But westerners tend to be blinded by flashy elements (including those of an American flair), instead of paying attention to subtle details that make these movies successful. Romantic movies have always been popular in Japan and this has led to an endless supply of new titles being produced year after year. The country’s film industry is thriving, with a large number of local productions now being shown internationally.

One such incredible project from the acclaimed director Makoto Shinkai is bringing a twisted love story of a young girl falling for a chair! Yes, as weird as it sounds, the film is here with a quirky trailer. Take a look!

Makoto Shinkai’s Upcoming Japanese Feature To Be Released In US 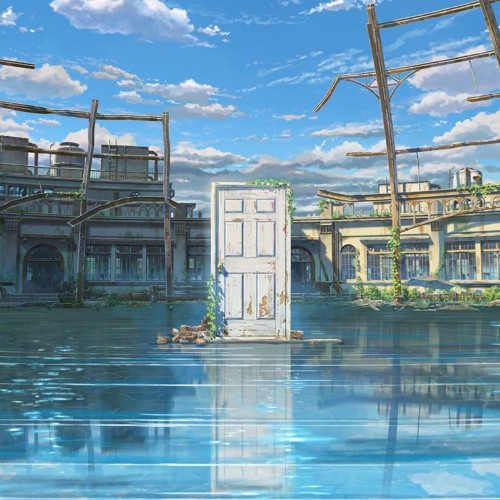 Makoto Shinkai, the acclaimed anime director behind such films as Your Name and Weathering With You, is bringing a new movie to Japanese theatres this fall called Suzume.

The film centres on the relationship between a young woman named Kayo who falls for an old chair in her grandmother’s attic—even though she can’t quite figure out what makes it so special.

GKIDS is becoming one of the leading distributors for top-notch, standalone animation films—helping to make global animated art more accessible to international audiences. The network has acquired the rights of the film to distribute among selected parts of America.

Makoto Shinkai’s Trailer for Suzume Opens Door To Another Apocalypse

The trailer introduced us to Souta, a mysterious and brooding stranger who has arrived in Kyushu in search of a mystical door to another world.

When 17-year-old Midori crosses paths with him—unwittingly becoming part of his journey—both are swept up in an adventure that takes them across realms they’d never imagined existed.

Concerned about the future of his country, Souta told Suzume that disaster would strike Japan if these doors were not closed. But after confiding in her, Souta was transformed into a sentient chair by a malevolent cat bent on plunging the world into chaos.

To reverse this curse and save their nation from ruin, Suzume and the strange cat run across Japan to find the door and close it.

Shinkai’s latest film, Suzume may sound like an outlandish premise. But at its heart is a theme common to all of the director’s films: missed connections—where people find each other only after it’s too late.

When is Suzume releasing? The twisted love story following a mass apocalypse that is hidden behind a door is quite enticing to lure anyone.

The film is slated for a big release on November 11th in Japan. GKIDS has acquired the North American distribution rights to four of director Makoto Shinkai’s earliest films. The film will also have its US premiere in early January 2023.