The sequel of the movie M3GAN is officially on the way! In the last couple of days, the horror film has received good feedback from the side of viewers as well as critics, and now a sequel to the campy thriller is in the works.

For those of you who are unaware, let us tell you, the movie M3GAN revolves around the eponymous artificially intelligent doll M3GAN (or, Model 3 Generative Android) who is programmed to be a child’s best friend and a parent’s helping hand. 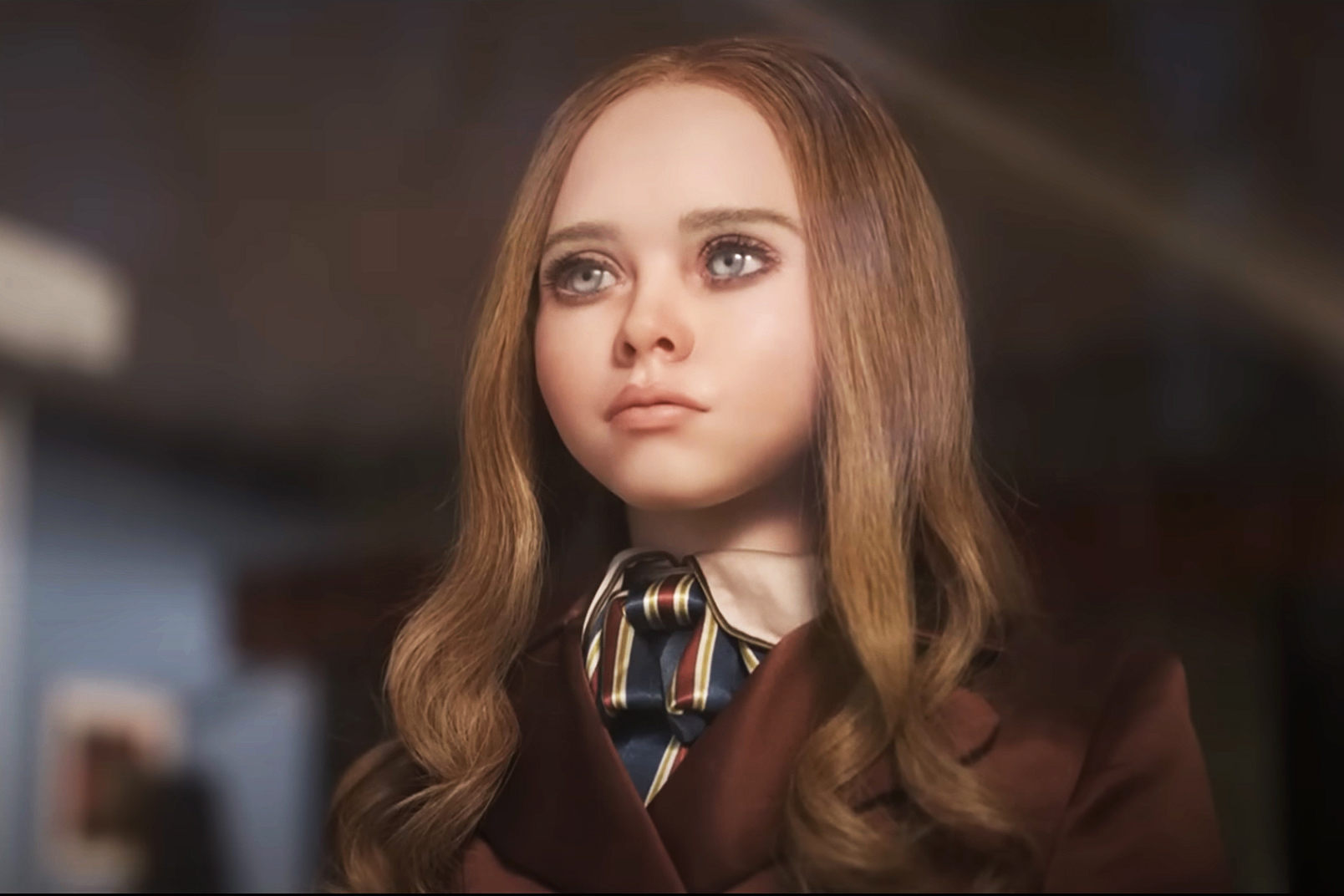 The film narrates the tale of a young girl named Cady (played by Violet McGraw) who loses both her parents in a car accident. Soon after, she is sent to live with her aunt Gemma, (essayed by Allison Williams) who is a roboticist at the high-tech Seattle toy company Funki.

Gemma faces a lot of trouble in taking care of her niece Cady after her parents die suddenly in a car crash. Then, she gifts her niece Cady with the amazing creation: M3GAN. She programs the doll to play the role of Cady’s unwavering protector. Soon after, the two of them form a close bond.

Things take a turn when Gemma realizes that the doll is a little too self-aware and very overprotective. The trailer of the movie M3GAN was soundtracked by pop star Taylor Swift’s song It’s Nice to Have a Friend. Read on further to know everything about the sequel of M3GAN including its title, release date, and more.

‘M3GAN’ sequel is officially in the works

Yeah, you read that right. The internet’s favorite demonic dancing doll M3GAN is all set to return to the cinema halls in the year 2025. These days, people can’t stop talking about M3GAN: the new doll on the block.

M3GAN short for Model 3 Generative Android, had its world premiere in Los Angeles on December 7, 2022, and it hit the theatres in the United States on January 6, 2023, by Universal Pictures. Since the time of its release, the movie M3GAN has been minting money at the box office. As of this moment, the film has made $91 million globally. The money spent on the making of the film is $12 million.

Before M3GAN became the box office’s newest it-girl, Jason Blum and James Wan, the producers of the film expressed their desire to make another killer-doll movie. James Wan is most noted for his work on the “Saw,” “Insidious” and “Conjuring” franchises.

What did the film’s producer Jason Blum have to say about its sequel?

In an interview with Variety, Jason Blum spilled the beans on the sequel of the horror film M3GAN. At that time, he said, “After I first saw the movie, we had a good sense that a sequel might really work.”

Blum went on to say, “So, we broke our cardinal rule and we started talking about a sequel before the movie was released. I felt so bullish that we started entertaining a sequel earlier than we usually do.” Akela Cooper who penned the screenplay of the movie M3GAN as well as the film Malignant will be working on the script of the forthcoming movie M3GAN 2.0. Jason Blum, James Wan, and Allison Williams will serve as the producers of the follow-up film.

Gerard Johnstone donned the director’s cap for the first film of the M3GAN cinematic universe, but as of now, the director for the sequel of the film has not been announced publicly.

What is the title of the ‘M3GAN’ sequel?

According to a new report by Variety, the name of the sequel of the horror sci-fi film M3GAN is none other than M3GHAN 2.0. A sequel to the Atomic Monster and Blumhouse’s campy thriller is set to hit the theatres in the year 2025.

The producer of the film, Jason Blum even took to his Twitter page to confirm the sequel of the horror movie M3GAN. He simply tweeted, “M3gan 2.0”. In a follow-up tweet, he added, “Yes there is a release date.”

Who stars in the upcoming horror movie ‘M3GAN 2.0’?

For the upcoming sequel of the movie M3GAN, Hollywood actress Allison Williams is set to reprise her role as Gemma, a toy company roboticist who programs the artificial intelligence doll. In addition to this, M3GAN’s pint-sized bestie, Violet McGraw is all ready to return as Cady in the forthcoming film.

As of this moment, it is not known whether the other cast members of the film M3GAN including Amie Donald and Jenna Davis will return to bring the killer doll to life or not. We will get to know more details about the star cast of the upcoming horror flick in the times to come. 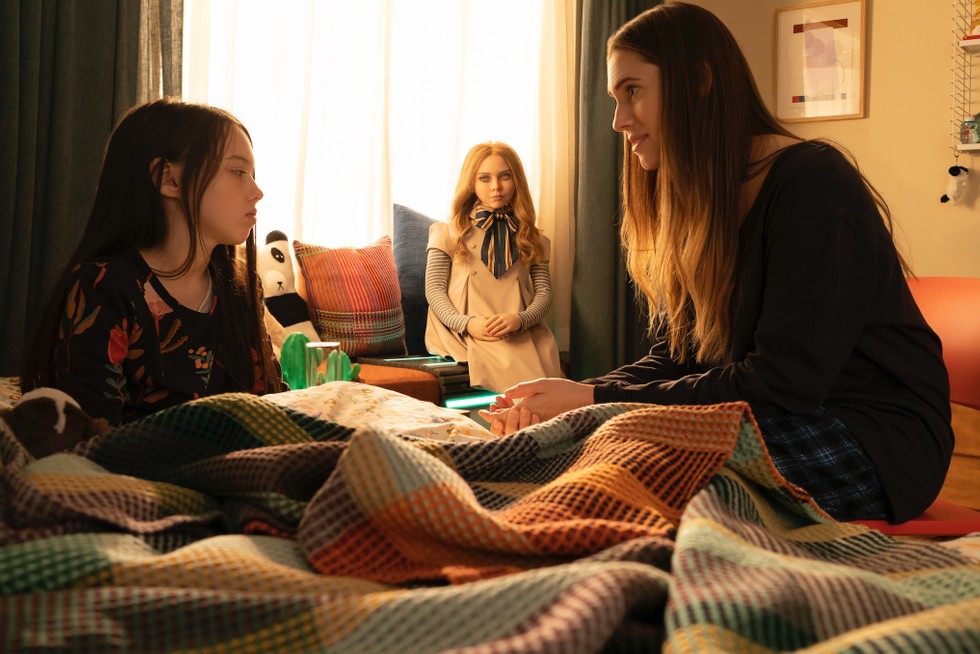 Akela is represented by CAA and Rise Management, on the other hand, James is repped by  CAA, Stacey Testro International, and Myman Greenspan Fox Rosenberg Mobasser Younger & Light.

When will the ‘M3GAN’ sequel hit the screens?

We know all of you are curious to know when will the forthcoming movie M3GAN 2.0 hit the cinema halls. Ladies and gentlemen, the sequel of the film M3GAN is set to debut in the theatres on January 17, 2025.

Mark your calendars for the sequel of the killer-doll movie. Till then, you can visit your nearby theatres and watch the film M3GAN and have a good time.

Are you looking forward to the sequel of the movie M3GAN? Do let us know our thoughts on the film in the comments section below. Don’t forget to stay tuned with us for the latest updates from the world of showbiz.