It is a happy day in the Cook household. The Aussie actor Luke Cook and his wife Kara Wilson welcomed their second child together. They shared the happy news with fans through Instagram. 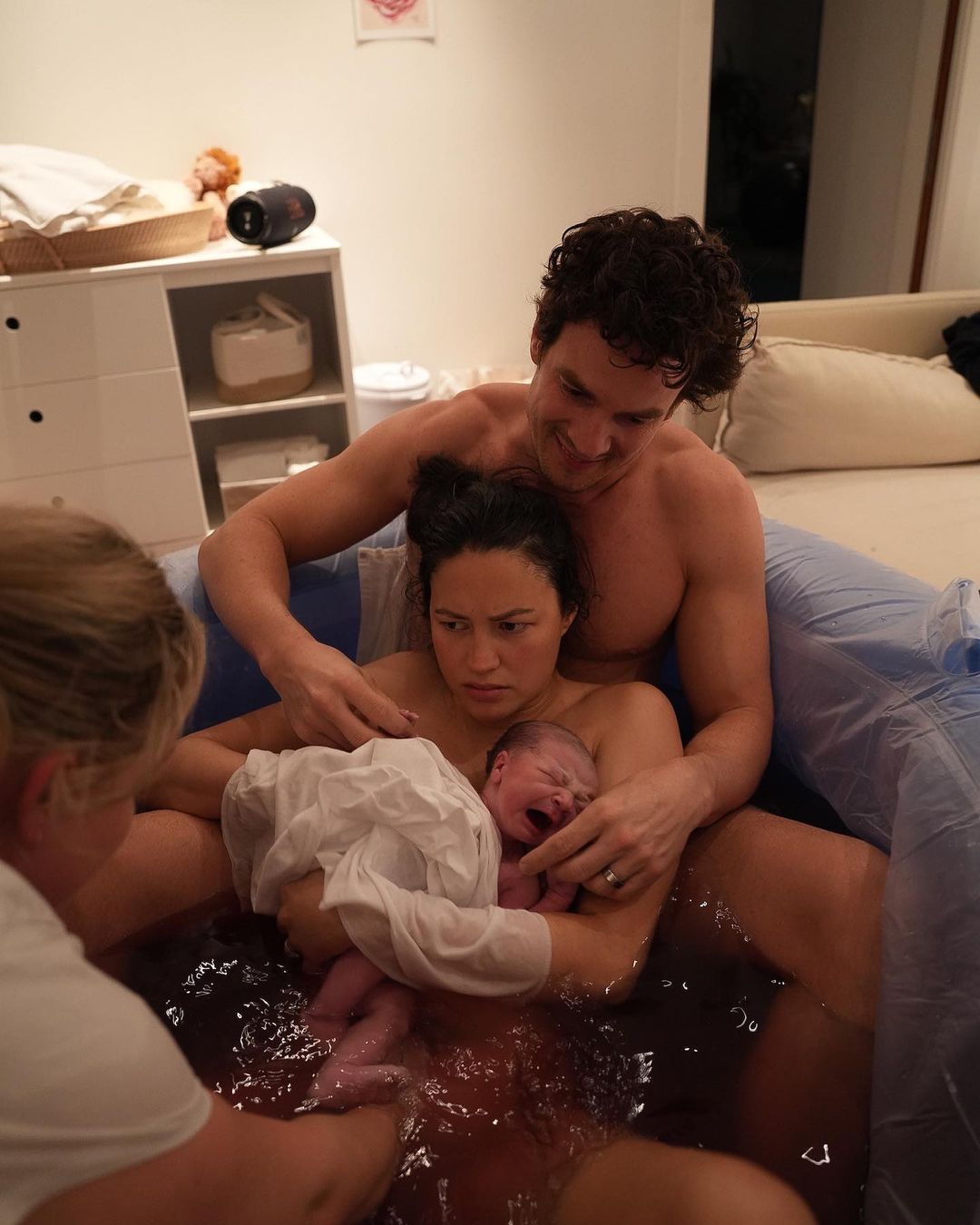 The couple shared a bunch of pictures from the home birth along with baby pics. They also announced the baby’s name, Ozzie Alexander Cook.

Luke shared a bunch of pictures and captioned them “Ozzie Alexander Cook. Born at home, early this morning, after a long, deeply groaned labor by my strong, resilient wife.”

In the first picture that Luke shared, the parents are seen sitting in a bathtub in what seemed to be their living or bedroom. The new baby was just born and was crying in his mother’s arms while his father held both of them.

Luke also posted a picture with him looking down at the new baby and another one with Kara hugging the infant. In over 8 hours, the picture has gotten well over 150, 000 likes.

The Dollface actor is known for his antics and that showed in their pregnancy announcement too. The couple shared hilarious pictures of Luke posing in maternity photos and captioned the pictures “We’re pregnant”.

Ozzie has an older brother Chaplin Benjamin Cook, who was born two years ago. In an interview with Daily Mail Australia, he gushed about his newborn child and said “He has been such a bloody joy and I can’t wait to see what he looks like when he’s older and what he’s going to speak”. 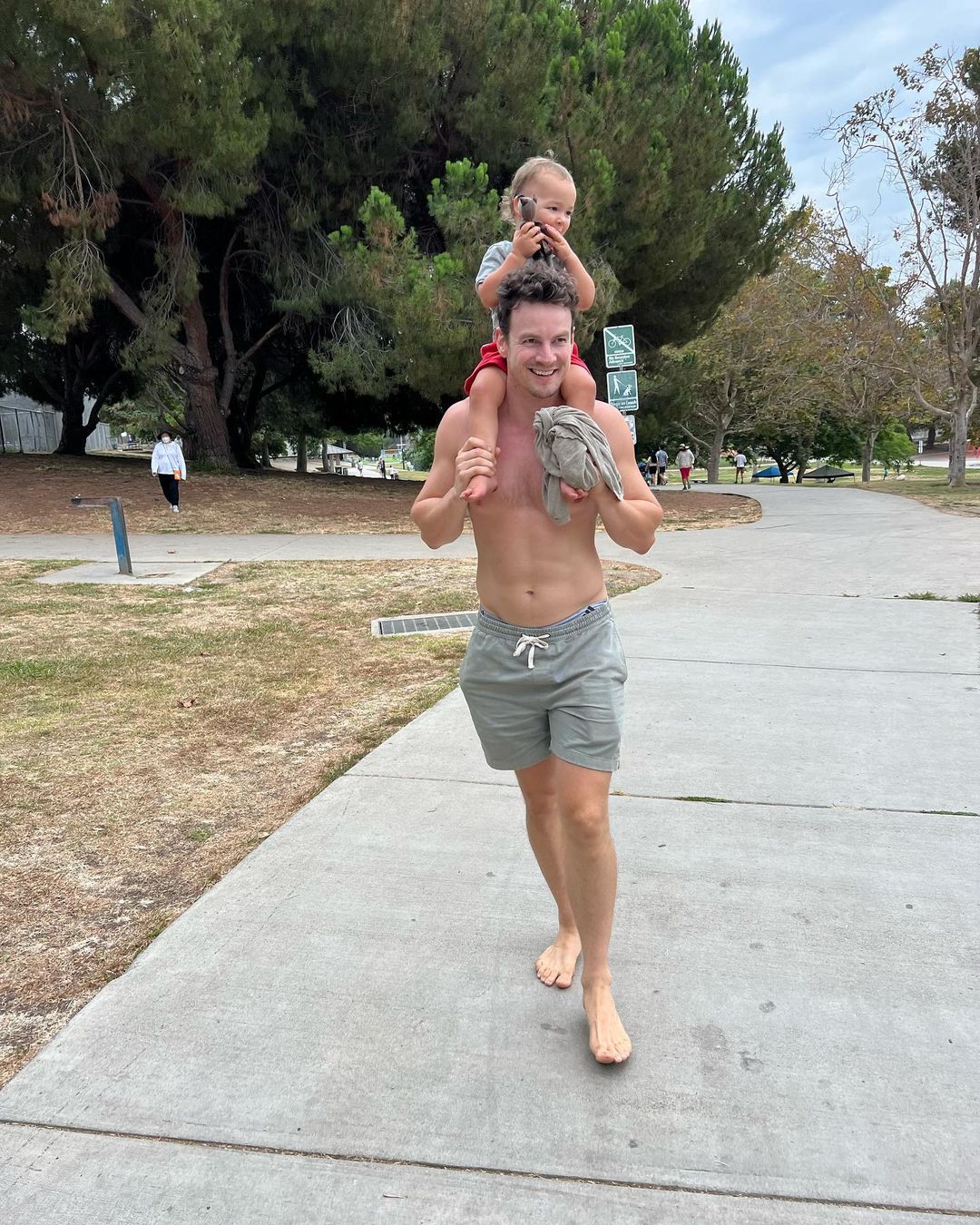 In one of his classic comic acts he said “I’m so overjoyed to be a dad to a very cute son. Not many people get to have really cute babies.” He did however also mention how happy the couple was that their baby was healthy.

Kara and Luke have been together for quite some time but no one really knows how the two met. They got engaged in December 2019. In May 2020, they got hitched and later the same year, they welcomed their first child together called Chaplin.

It was Kate who confirmed the news of their marriage on Instagram when they announced their pregnancy. She wrote “And to my beautiful husband, thank you for making me a mum and for being so excited to start this journey with me. I can’t wait to watch you be a father to our little boy. I hope he’s not as huge as you 😳.”

The fans were over the moon when they came to know that their favorite couple were not only married but also pregnant! Their pregnancy happened around COVID and Luke disclosed they were a little bit scared. 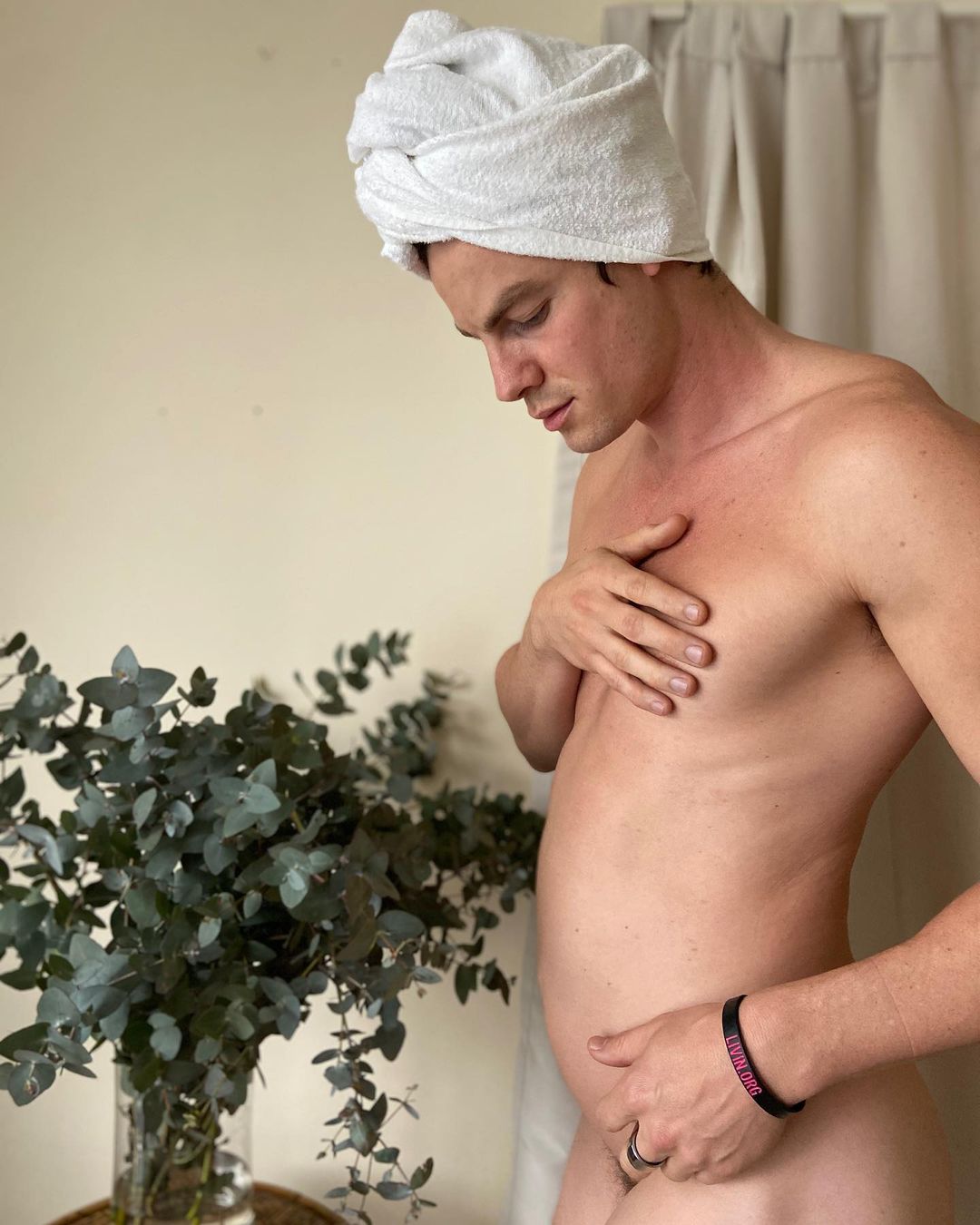 Then he went on to say that “So damn right we’re bringing a baby into this world! And I will personally see to it and that he’s not mean, and he certainly WILL NOT eat with his mouth open. That is a guarantee.”