American actress Linda Cardellini stopped by “The Tonight Show” and shared the story behind her first encounter with the host, Jimmy Fallon. The “Freaks And Geeks” star also revealed about ending up on Saturday Night Live on her first trip to NYC but then missing the exciting tour so she could watch the Broadway, “Cats”. 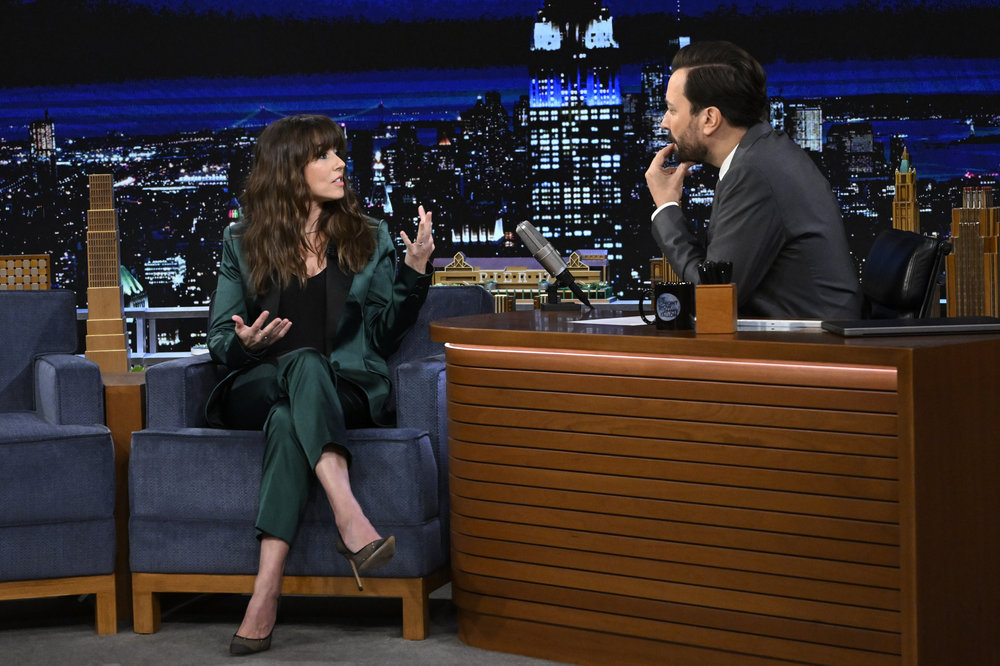 Linda revealed how she had spent her hard-earned college money to buy tickets for “Cats” and therefore, decided to stay for the “SNL” rehearsals. She also shared about her chemistry with Christina Applegate in “Dead To Me” Season 3, which will release on November 17, 2022. Dressed in a dark green satin suit, Linda Cardellini has a lot to share on Jimmy Fallon’s “The Tonight Show”. The host started this conversation by reminding Linda how their paths crossed before. Jimmy said, “I didn’t realise our paths crossed before, as we were struggling.”

Linda replied, “yes, before we were…well where we are right now.” She revealed that it was probably in the late 90s and she saw Jimmy Fallon at the Improv, because one of her best friends, Elizabeth Beckwith, was a stand-up. Jimmy was playing the guitar to a Troll Doll. “That guy is going somewhere,” she explained about her thoughts on Jimmy back then.

Jimmy then asked, “You were born and raised in California. Do you like coming to New York?” The 47-year-old “Dead To Me” star responded, “I love it, I really do.” She revealed that the last time she was in NY was for her birthday in 2019, and that is her favourite memory of all time.

She revealed that her good friend Regina Spektor was doing a residency on Broadway, and she invited her to come up and sing with her on her birthday. “So, I got to be on Broadway, which was like, one of my all-time dreams.” Even though she was a little nervous, it was amazing and everybody sang the birthday song to her. Even her family, including her parents, partner and children were in the audience to witness the moment. That was the most incredible birthday gift ever. 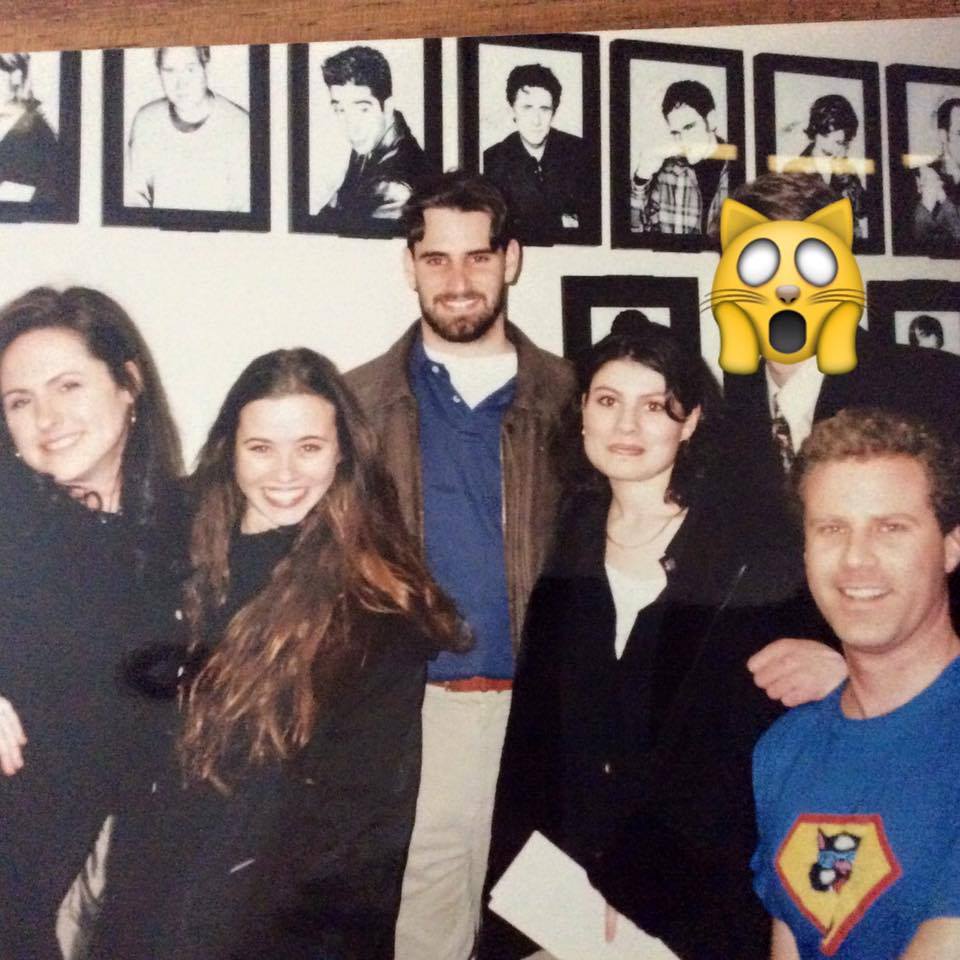 Jimmy Fallon revealed a picture of Linda’s first visit to New York, which was pretty epic for a first visit. “This is the hallway at ‘Saturday Night Live’ and she was with Molly Shannon and Will Ferrell,” Jimmy revealed while pointing at the picture. He then asked, “how did you end up there?”

On this, the Primetime Emmy nominee replied, “Okay, so I had never been to New York before, and I was a theatre student, and I was going, you know, in Los Angeles, and one of our teachers…I was coming with one of my friends Jason in the picture, and my teacher knew somebody who worked backstage in the wardrobe department.”

That lady was kind enough to give her and Jason a tour of the ‘SNL’ backstage, and even asked them to stay for rehearsal. Being a theatre student, she was too excited. But then, when they got there, they also had tickets to her first Broadway show, and they already spent all of their hard-earned college money. So, they couldn’t stay for the actual rehearsal. But then, she was able to be there and meet everybody.

“You left Saturday Night Live to go see Broadway,” a shocked Jimmy asked. On this, Linda added that she left the “SNL” tour to see “Cats”. She said, “this is probably one of the dumbest things I’ve ever done but it was fun.” But then, she doesn’t regret it because she got to meet the SNL team back then.

“It was like John Goodman was there, but the only people who really stopped and took a picture with us were Will and Molly,” she added. And, guess what? Who knew this same struggling theatre artist would get to play Will’s wife in two movies? He even produced her show, “Dead To Me”, for which she got a Primetime Emmy nomination. Well, luck has been by this lady’s side always.

Linda & Christina’s Chemistry On “Dead To Me” Christina Applegate, who also stars in “Dead To Me”, shares great chemistry with Linda. The 47-year-old actress recalled that even Christina got to play Will’s second wife. The two are great friends in real life too. Jimmy said, “How do we set up the show without giving away too much.” Linda straightaway said, “Well, it’s nearly impossible.”

As for the last season of this show, she said, “But you know, it’s the last season so Jen and Judy, if you know the show at all, we are always kind of in trouble and doing something we shouldn’t do. And the FBI is following us a bit.” She continued, “So we are on a wild ride this season.”

If you aren’t aware of this series, “Dead To Me” is an American black comedy series, which premiered on May 3, 2019. The Netflix series stars Christina Applegate and Linda as two grieving women who underwent therapy together and made a bond during that time.

The third and final season is set to premiere on November 17, 2022. Well, it would have been released much sooner but was delayed as Applegate was diagnosed with “multiple sclerosis”.  The show has received recognition on an international level and received nominations including Primetime Emmy Award for Outstanding Comedy Series and two Primetime Emmy Awards for Outstanding Lead Actress in a Comedy Series for Applegate and Cardellini.

As for Linda, the talented actress has come a long way and stands where she is just because of her hard work and dedication. In real life, she is a pretty down-to-earth person. Last year, she reprised her role of Laura Barton in Marvel’s Hawkeye, which premiered on Disney+ in November 2021. What do you think about this actress?