Who doesn’t love dating shows?! I know, I do. I’m not sure why, but I do. And it’s not just me, there are a ton of others who watch the drama boiling between people.

Dating shows are one of the most popular genres on television and for good reason. They’re fun to watch and they make us feel better about our own romantic lives by comparison. As a fan of The Bachelor and The Bachelorette, I get excited whenever I hear another dating show popping up.

This is the fun part of the dating show. It’s tricky but it works only because of the fans. They help to keep it going, and they’re the reason why a show is still on the air. When it comes to dating shows, the fans are some of the most active in the world.

They don’t just watch and comment on their favorite shows; they also create their own content for these shows. With that, here comes another dating show but this time, it’s really different. Check out this article to know the full details.

It’s time to get excited again! The famous American Cabler is bringing a brand new dating show on the small screen, “5 Guys A Week”. The network announced the arrival of the latest dating show by throwing the biggest catcher “what is the most deranged way we can synthesize intimacy?” “5 Guys A Week” is going to be different than what we all have seen in recent years.

This show is not going to feature a set of naked people throwing themselves off on each other( read Naked Attraction).

There won’t be any confined walls for you to get forced to fall in love with someone (read Love is Blind) or this show doesn’t sponsor free sex for a lot of Americans locked in a sex prison for weeks (read Love Island). “5 Guys A Week” is based on an international series by the same name. The series features a single woman who gets to date 5 different men at the same time, sounds dreamy?

The dating show will have its twists and turns when 5 men move into a home with the woman. The 5 men will get their own time to know each other and the woman gets to choose her perfect date.

Each morning, the woman will politely evict each contestant over breakfast until she gets left with the top two contenders who will get to go on selective dates with and woo her in their respective ways.

How is “5 Guys A Week” going to be different from other dating shows? 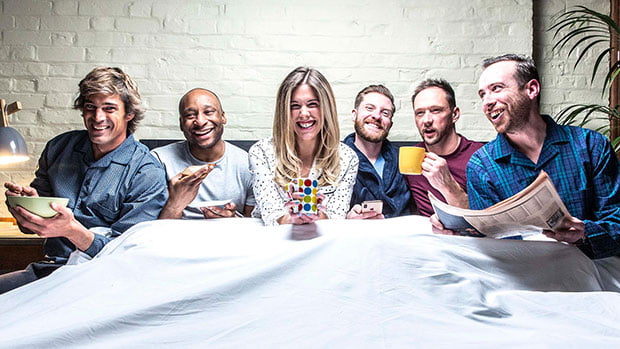 Like every other dating show, there’s be men here putting their best flirt skills and charms but for only a single woman. There will no be options to choose from.

The “choosing the luck one” will be played by the woman who will be inviting these men into her home for a week. The show puts a line of approaches and human behaviours that aligns with the emotional connection between people.

The show is set to debut on July 13th at 10 pm on Lifetime. So, save your seats and make your popcorn.