LaKeith Stanfield is officially off the dating market for now! Not long ago, the Get Out actor announced that he is engaged to his girlfriend Kasmere Trice on his respective social media accounts. A couple of hours later, a woman came forward and claimed that LaKeith Stanfield is the father of her baby.

The actor shared the piece of good news on his social media pages. Continue reading further to know more about the engagement and the relationship of LaKeith Stanfield and Kasmere Trice. Yes, you read that right. The Sorry to Bother You actor and his bride-to-be first announced the news of their engagement on Friday. At that time, they shared a series of black-and-white snaps of a ring on social media.

As per the social media posts, the proposal saw the light of day on Trice’s birthday. Kashmere took to her Twitter and wrote, “Yea.. i’m having the best birthday my baby made me mrs. Stanfield for my birthday! #lakeithandkasmereforever.”

yea.. i’m having the best birthday 🥰😍 my baby made me mrs. Stanfield for my birthday! 🥳#lakeithandkasmereforever pic.twitter.com/LQrIn444h4

LaKeith also shared the piece of good news with his fans all over the world. He uploaded a beautiful snap of his fiancée on the social media platform Instagram. He simply captioned the photo, “Happy birthday to you baby.🌹💫”

How did the celebs react to the engagement news of LaKeith and Kasmere?

As soon as Stanfield and Trice shared the news of their engagement on various social platforms like Twitter and Instagram, many famous friends of the pair were quick to wish the happy couple well. 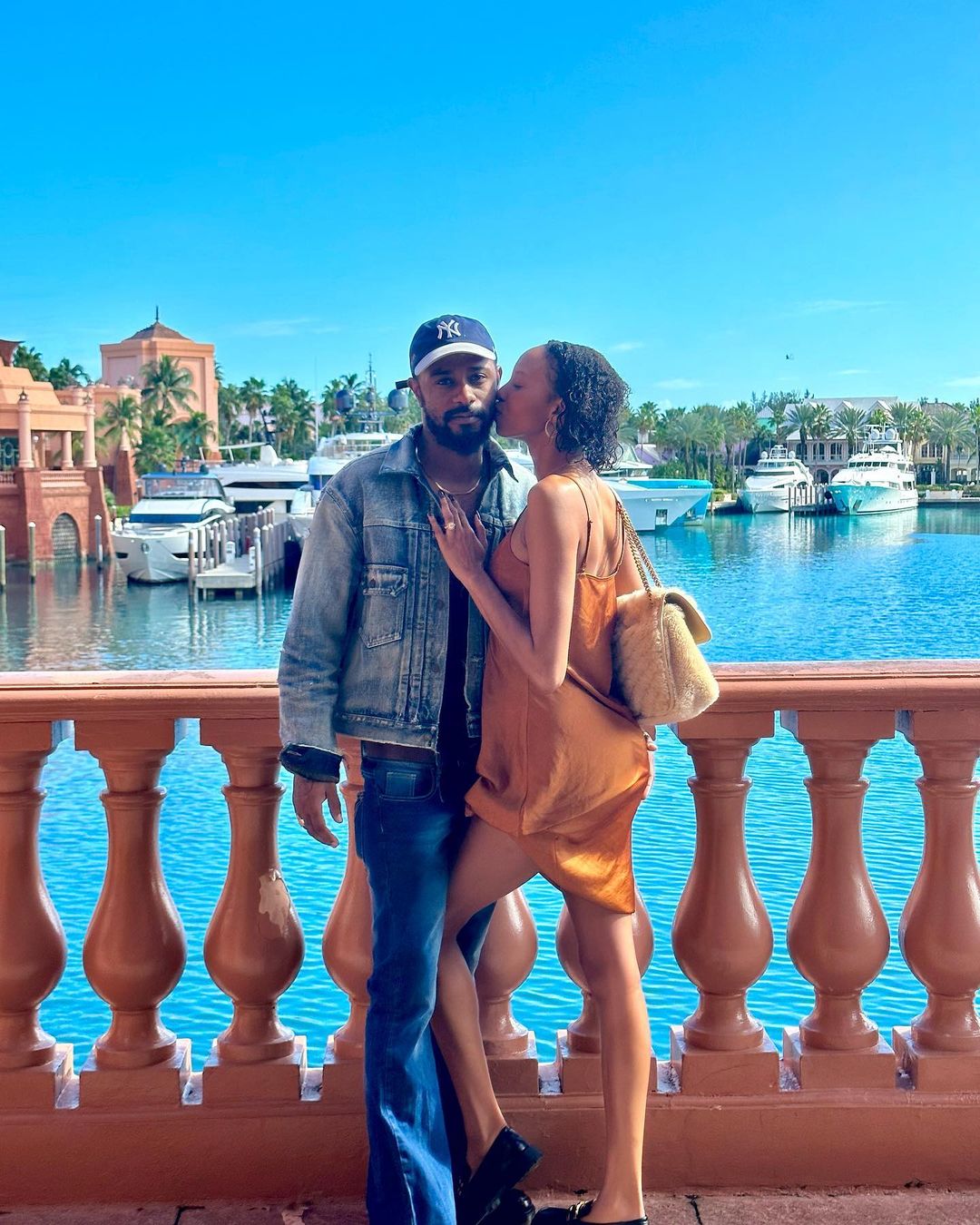 Alexis Lex Branch went on to say, “Why am I scream crying.” Kasmere even thanked everyone for the good wishes in the comments section. She wrote, “i love you all so much. you all helped to make my day and week even more beautiful 🥹 ig is limiting my likes and replies but thank you to everyone!!!!”

A woman claimed LaKeith Stanfield is the father of her baby

The next day, the couple posted a series of pictures of them celebrating New Year’s Eve together. In a now-deleted reel, posted by artist Tyler Kurd, the actor can be seen spending time with her daughter and she claimed that Stanfield is the baby’s father.

As per the video’s footage by entertainment website, The Neighborhood Talk, Hurd posted the video with a caption that read, “Decided to leave being someone’s secret family in 2022 ❤️ meet Apollo Stanfield.”

The video shared on the social media platform Instagram also shows comments from LaKeith, which read, “Thanks for respecting my not wanting to blast my child out to the internet. Very considerate of you.” A comment from Hurd read, “Value your privacy is why you lied to people saying she wasn’t your baby or that I was just a random? you value your privacy but your gf post everything y’all do lol okay.”

Soon after, he closed off various set of comments by writing, “I never once in my life said she wasn’t my baby. I hope this does whatever it was supposed to do for you.” A couple of hours later, Tyler spilled the beans on why she decided to go public with the video in a lengthy statement. The statement captured by Page Six said, “Just to clear a few things up I’m not jealous that’s [sic] he’s engaged to a woman he’s known for 5 months.”

She went on to say, “I tried to meet the girl and everything and she ignored me when i tried. what I’m upset about is that he made more time to spend with this woman than he’s spent with Apollo her whole life and has been actively ignoring me when I’m trying to figure things out for our child. Those clips of him and her together are all I have in general cause he barely sees her.” After the news broke out on social media, tweets from Hurd began popping up on the internet. In a tweet from December, she said, “This year has been really challenging for me also so very beautiful so i’m beyond grateful for it all to say the least.”

On Monday, LaKeith’s fiancée Kasmere retweeted a post put out by one of the followers that read, “Kasmere really just minds her business and bothers no one. I can’t remember a single bad thing she’s done. People discussing her life choices is a wild thing to watch when you know the person.”

LaKeith welcomed his first child with ex Xosha Roquemore in 2017

Stanfield shares a baby girl with his ex-girlfriend Xosha Roquemore. The Mindy Project and Atlanta stars welcomed their first child together in the year 2017. Their little one joined them earthside in June 2017.

At that time, Xosha posted a photo of herself nursing her newborn on the social media platform Twitter. “Mom,” she wrote in the caption of the post. Soon after, she put out a tweet, that read, “Team no sleep ayyyeeee.”

Xosha announced that she had a baby on the way in March. Around that point, she shared a series of pictures of herself flaunting her baby bump. She captioned the carousel of snaps, “I am WOMBMAN. #internationalwomensday.” Before that, LaKeith and Xosha disclosed the exciting news in January while posing together at the Sundance Film Festival. She also attended the Essence 10th Annual Black Women in Hollywood awards gala in late February. At the event, Xosha was seen cradling her baby bump.

We send big congrats to both LaKeith Stanfield and Kasmere Trice as they are engaged. May their lives ahead be full of love, light, and laughter. Don’t forget to stay tuned with us for the latest updates from the world of showbiz.