Kourtney Kardashian and Travis Barker Get Married in Las Vegas

Kourtney Kardashian and musician Travis Barker have tied the knot! The couple got secretly married early morning today. The 42-year-old media personality exchanged vows with a former Blink-182 drummer in Las Vegas. Read on to know more about their affair. Kourtney K and Meet The Barkers star got secretly married in the wedding chapel today They were seen arriving at the chapel at 1:30 am local time, just hours after the musician performed at the Grammys.

Reliable sources confirm that they already had a marriage license which they presented to the chapel owner, who also served as a witness to their secret nuptials. However, the couple did not allow any official pictures of their ceremony. Sources also revealed that the duo got their photographer along with them.

Kourtney, 42 and Tristan, 46 have been extremely open about their whirlwind romance. Don’t know why did they marry so secretly. The two were caught in a PDA at the 2022 Grammy Awards. They were also seen making out on a beach at Disneyland, Eiffel Tower, at Venice Gondola Ride and in NYC.

Recently, Kourtney posted a cosy picture of her and Tristan on Instagram. Tristan Barker commented on her post, “You’re everything”. Now, words have turned into reality as the two exchanged vows in a secret ceremony. However, Kourtney K and Travis haven’t posted anything related to the special occasion. Kourtney and Tristan Barker have been really good friends. Well, that’s where it all started. The two began dating in the early months of 2021. Tristan took Kourtney on ample dinners and the paparazzi couldn’t keep their eyes off.

Since then, the Blink-182 drummer and Keeping up with the Kardashians star started getting spotted in numerous PDAs. Travis performed at this year’s Oscars. He appeared with his better half Kourtney and was caught in an intense romance at the 94th Academy Awards. 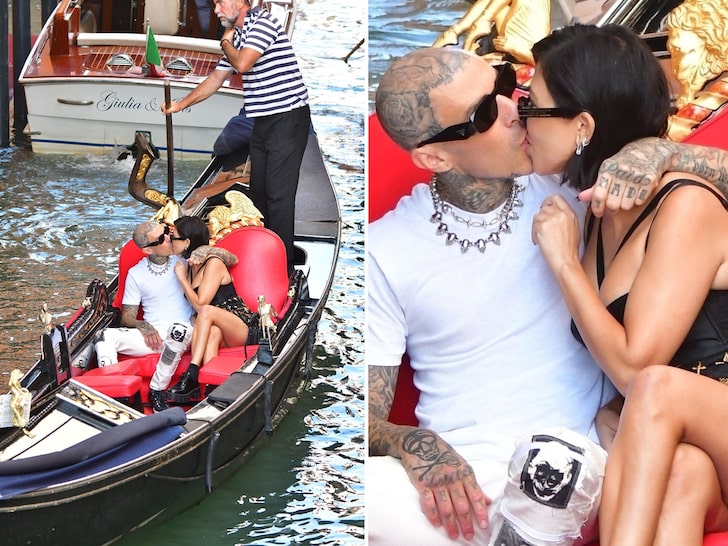 Last month, Kourtney openly talked about her sex life with Travis Barker in an interview. She revealed that it was difficult to exercise abstinence. She mentioned that they were keeping away physically as a result of her Ayurvedic cleanse. However, she stated that hitting pause on their sex life made things better.

Now, it’s April. The power-packed couple was first spotted at the Grammys and within hours, the two exchanged vows in a secret ceremony in the sin city. Now, that’s a quick call but I suppose the love birds were ready to take their calls. What do you think about the new couple? I think we should officially call them “Kristan”. Sounds right, isn’t it?